She was in the He-Man & The Masters of the Multiverse comic. I also made Saryn, Horde Kittens, Queen Balina Crystoll & Eternity He-Man. 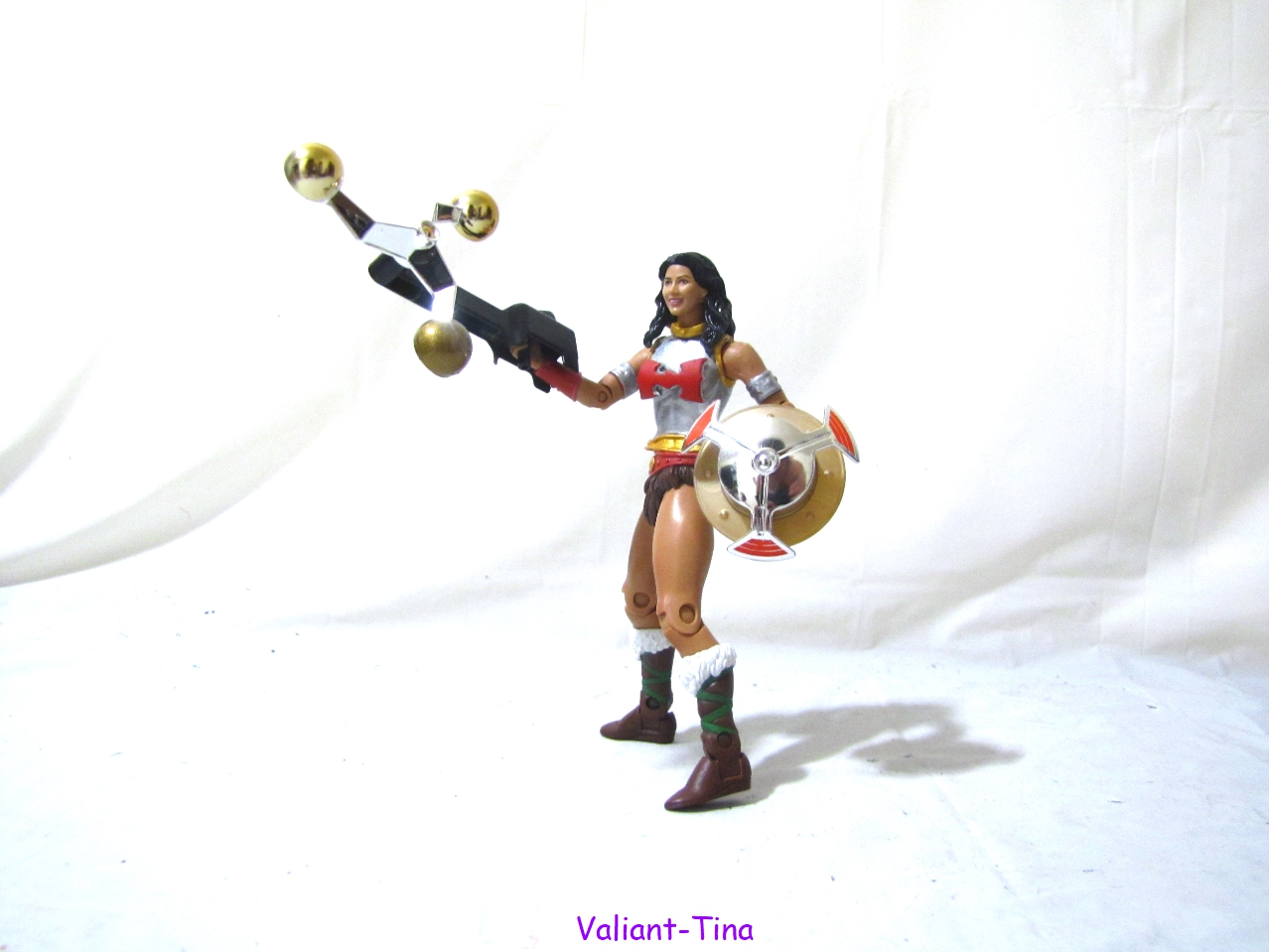 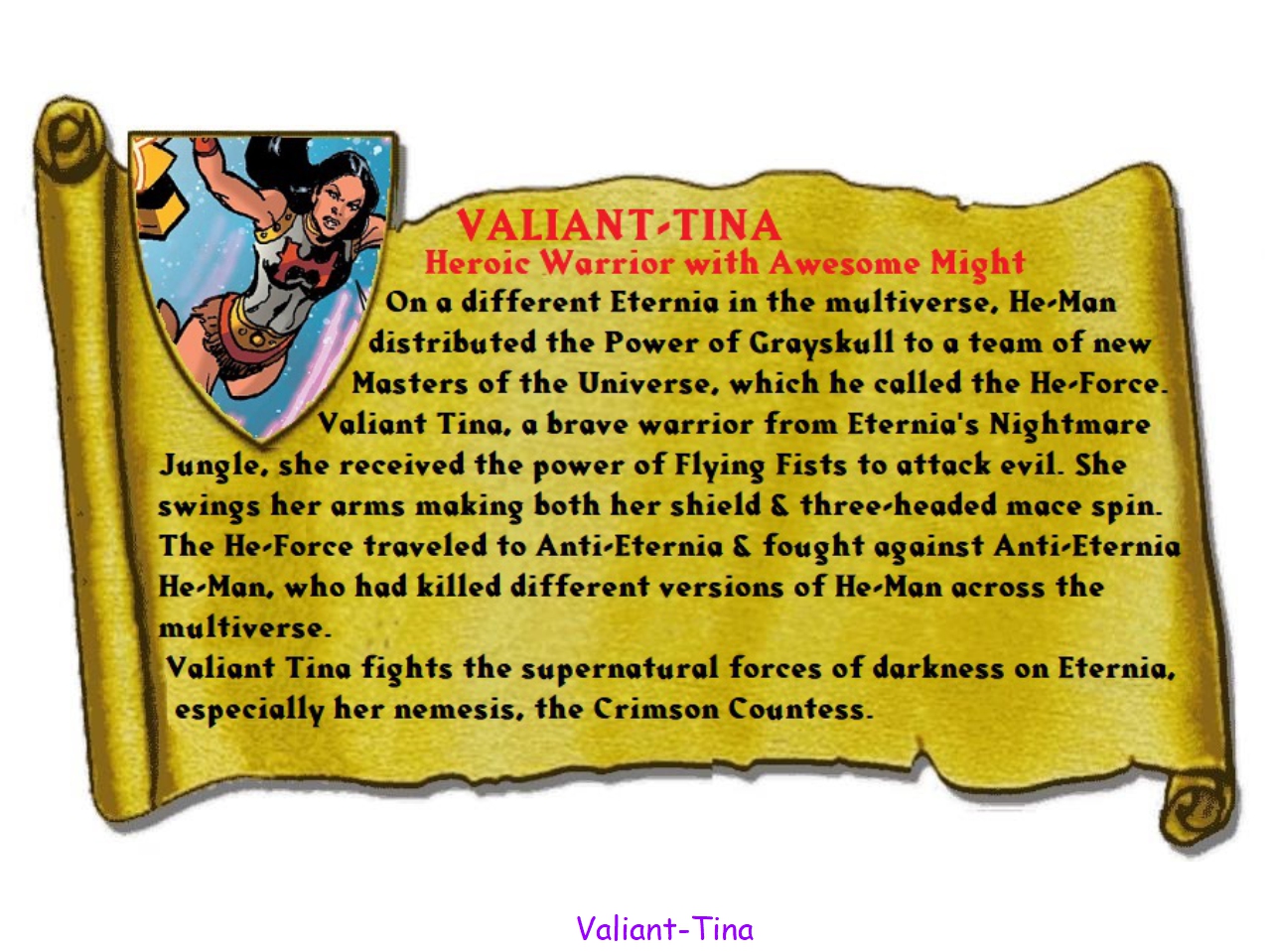 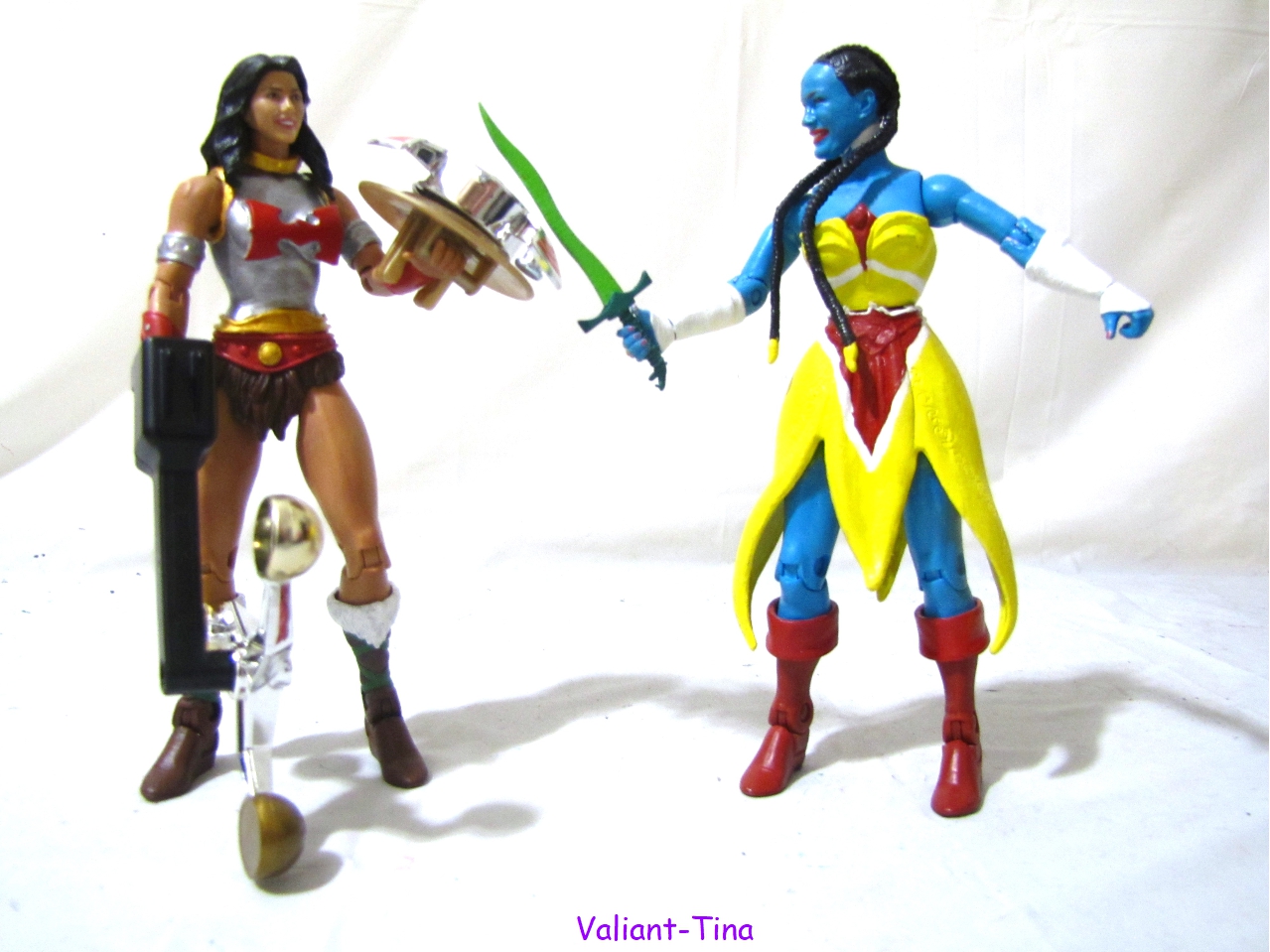 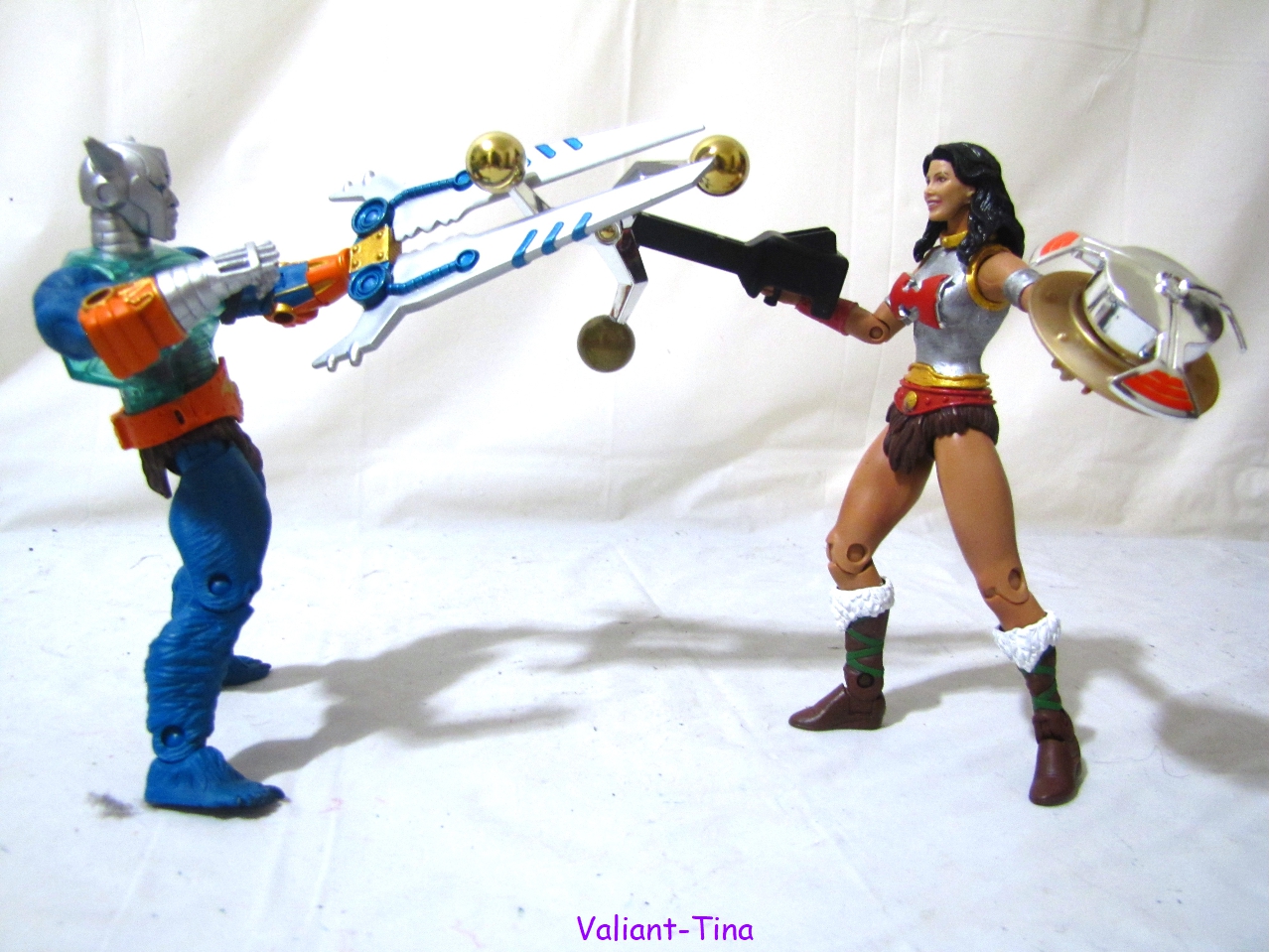 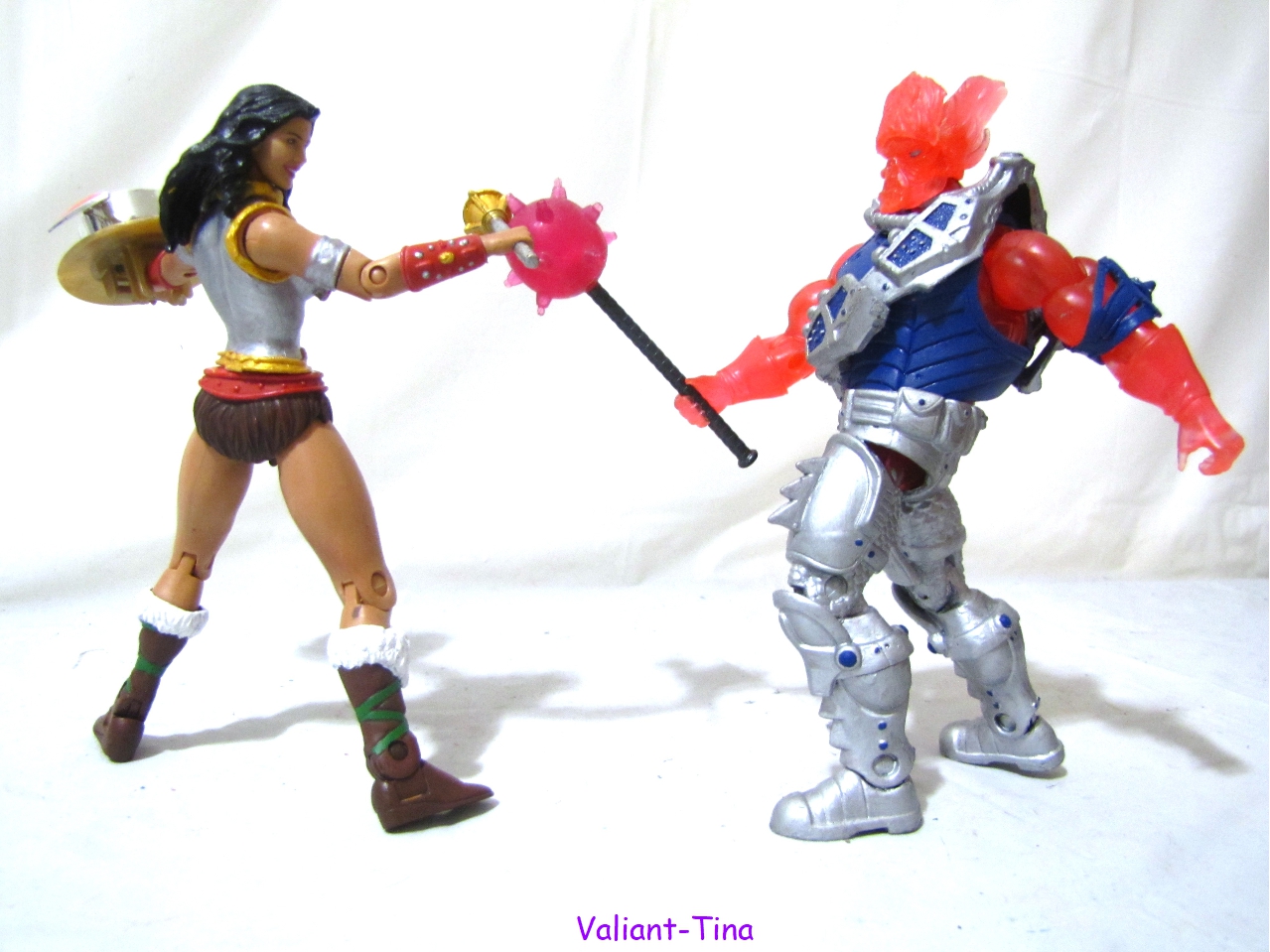 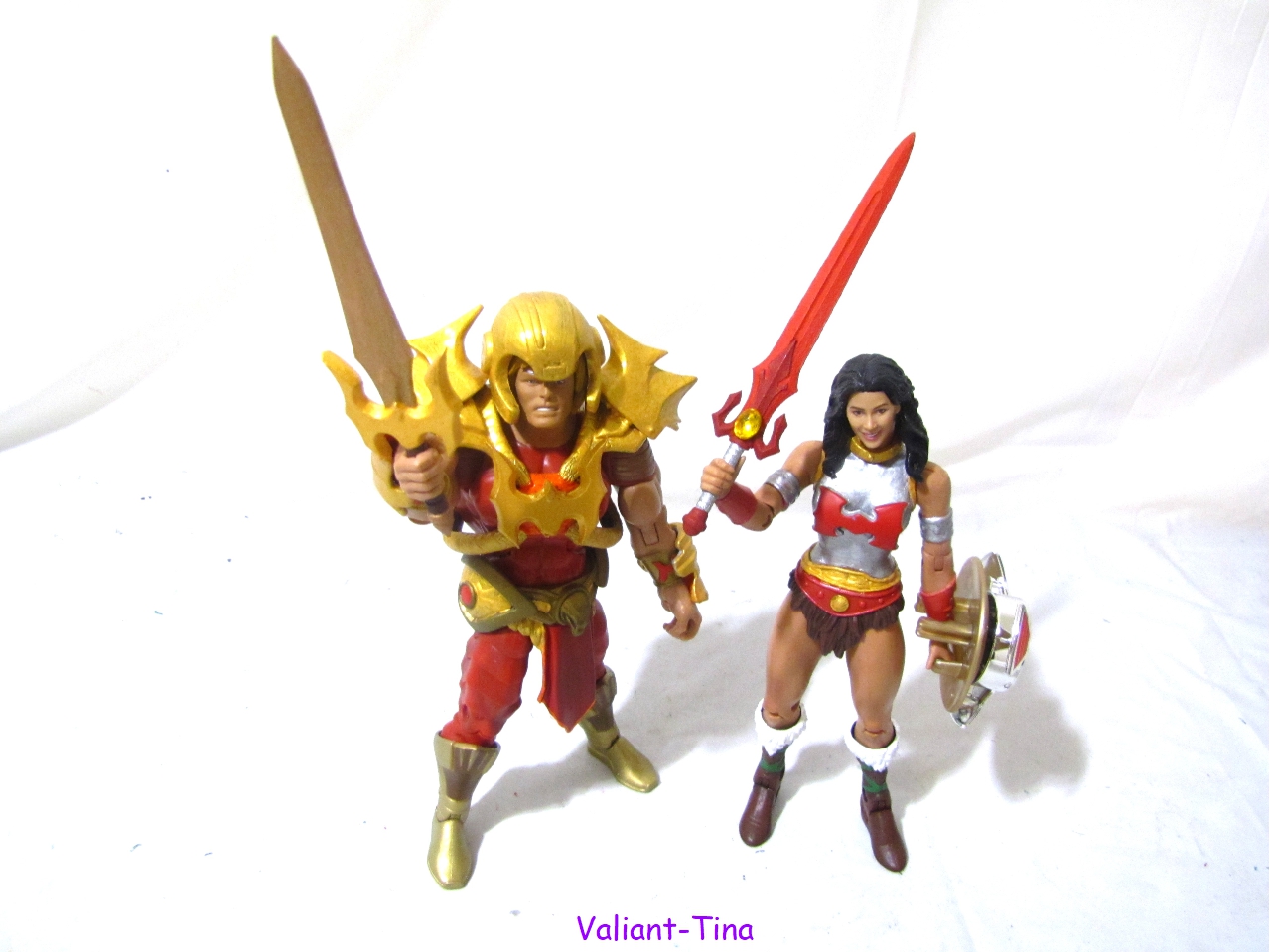 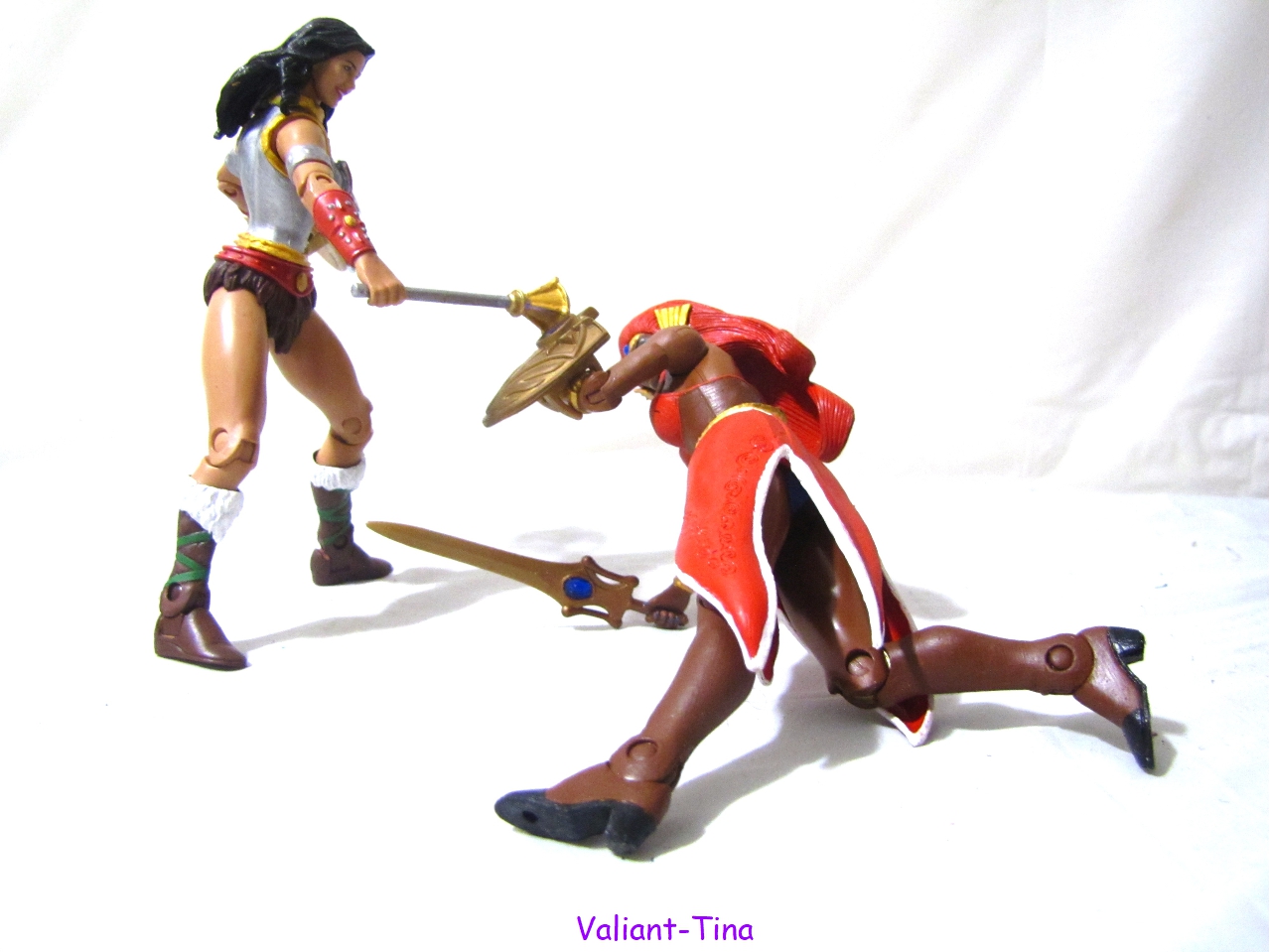 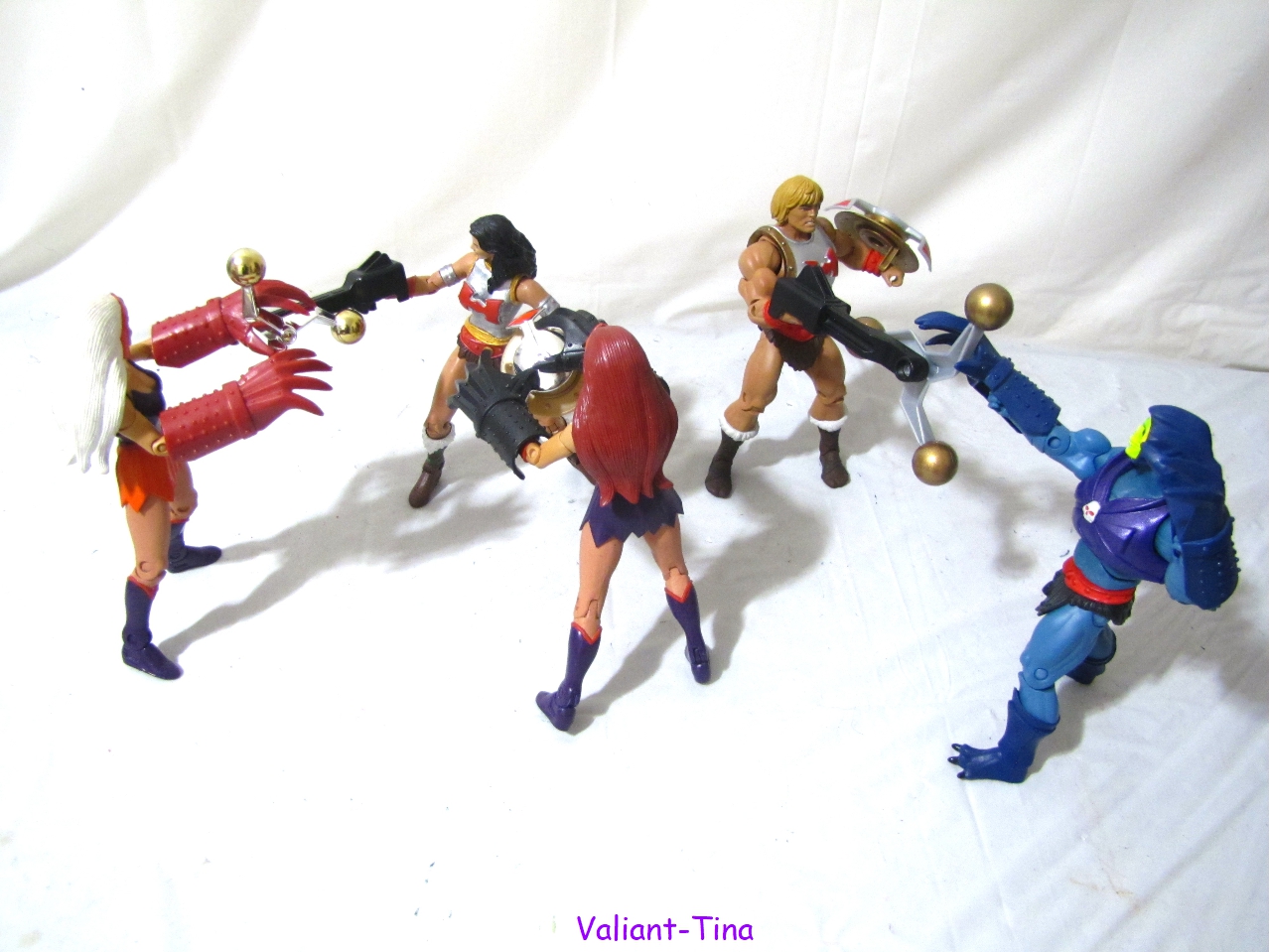 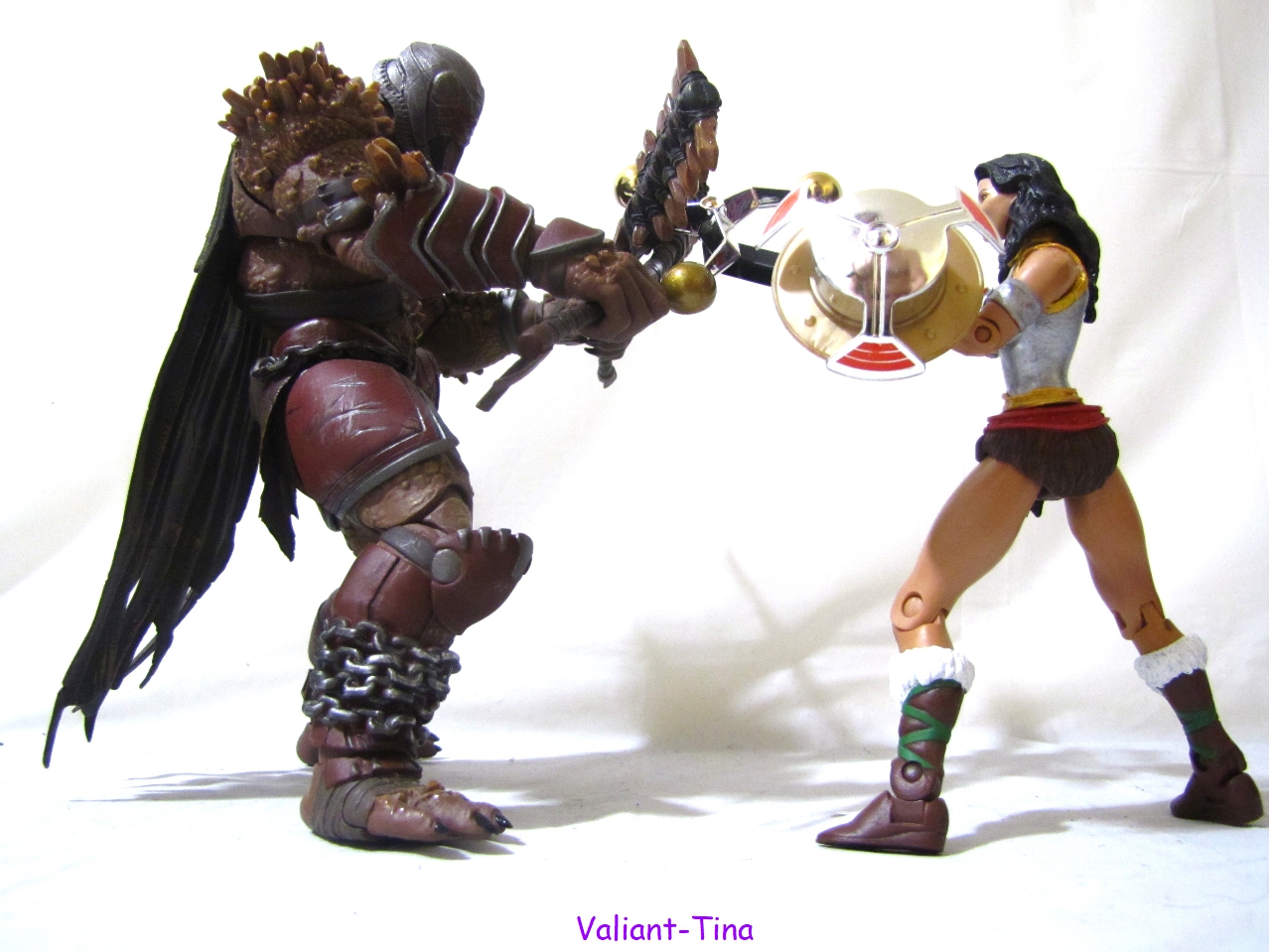 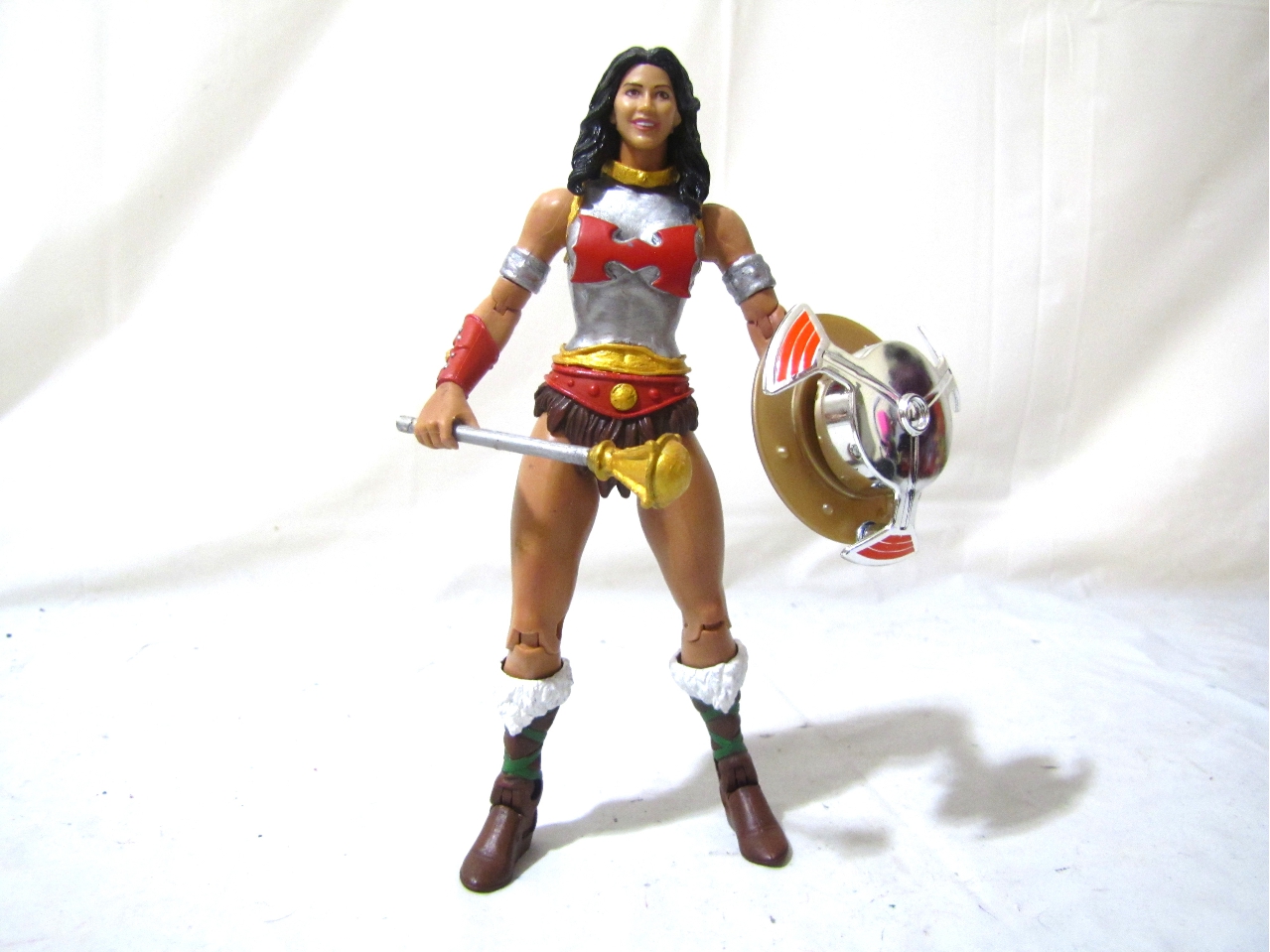 Heroic Warrior with Awesome Might
On a different Eternia in the multiverse, He-Man distributed the Power of Grayskull to a team of new Masters of the Universe, which he called the He-Force.
Valiant Tina, a brave warrior from Eternia's Nightmare Jungle, she received the power of Flying Fists to attack evil. She swings her arms making both her shield & three-headed mace spin. The He-Force traveled to Anti-Eternia & fought against Anti-Eternia He-Man, who had killed different versions of He-Man across the multiverse.
Valiant Tina fights the supernatural forces of darkness on Eternia, especially her nemesis, the Crimson Countess.
Posted by PhantomZodak at 10:35 PM