This guy was in the Obelisk mini-comic. I also made the Horde Groom & Mow-Dar. 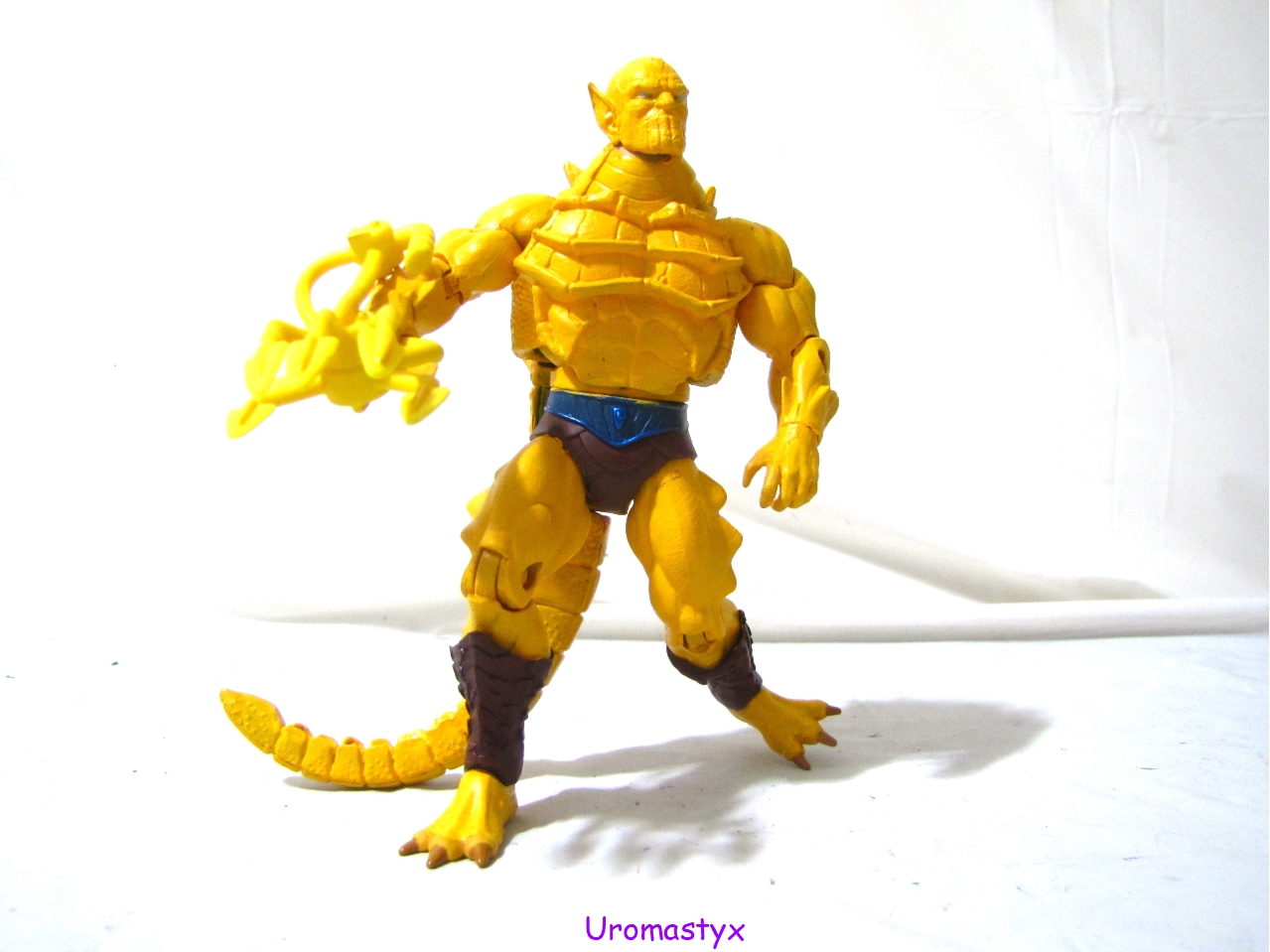 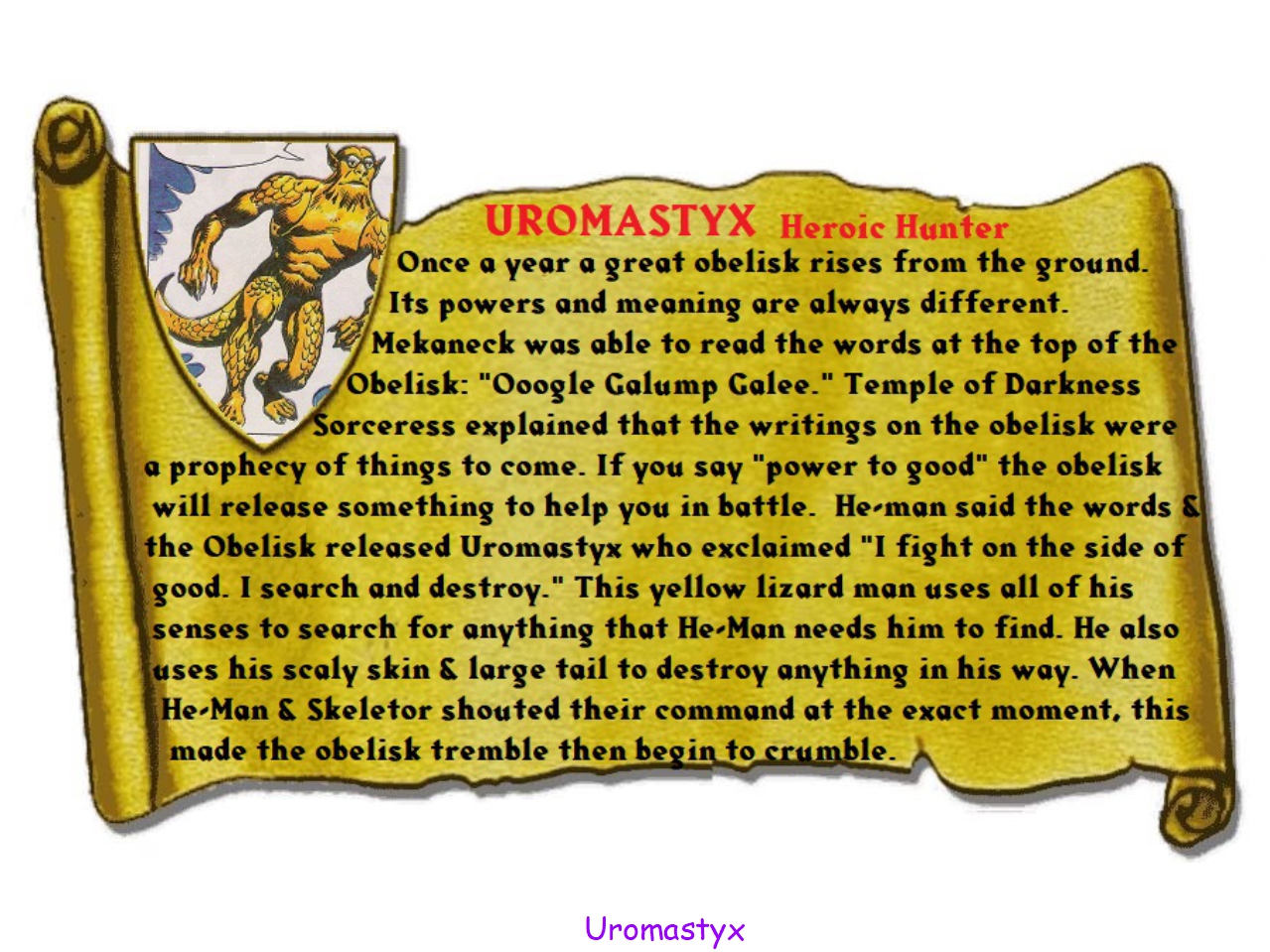 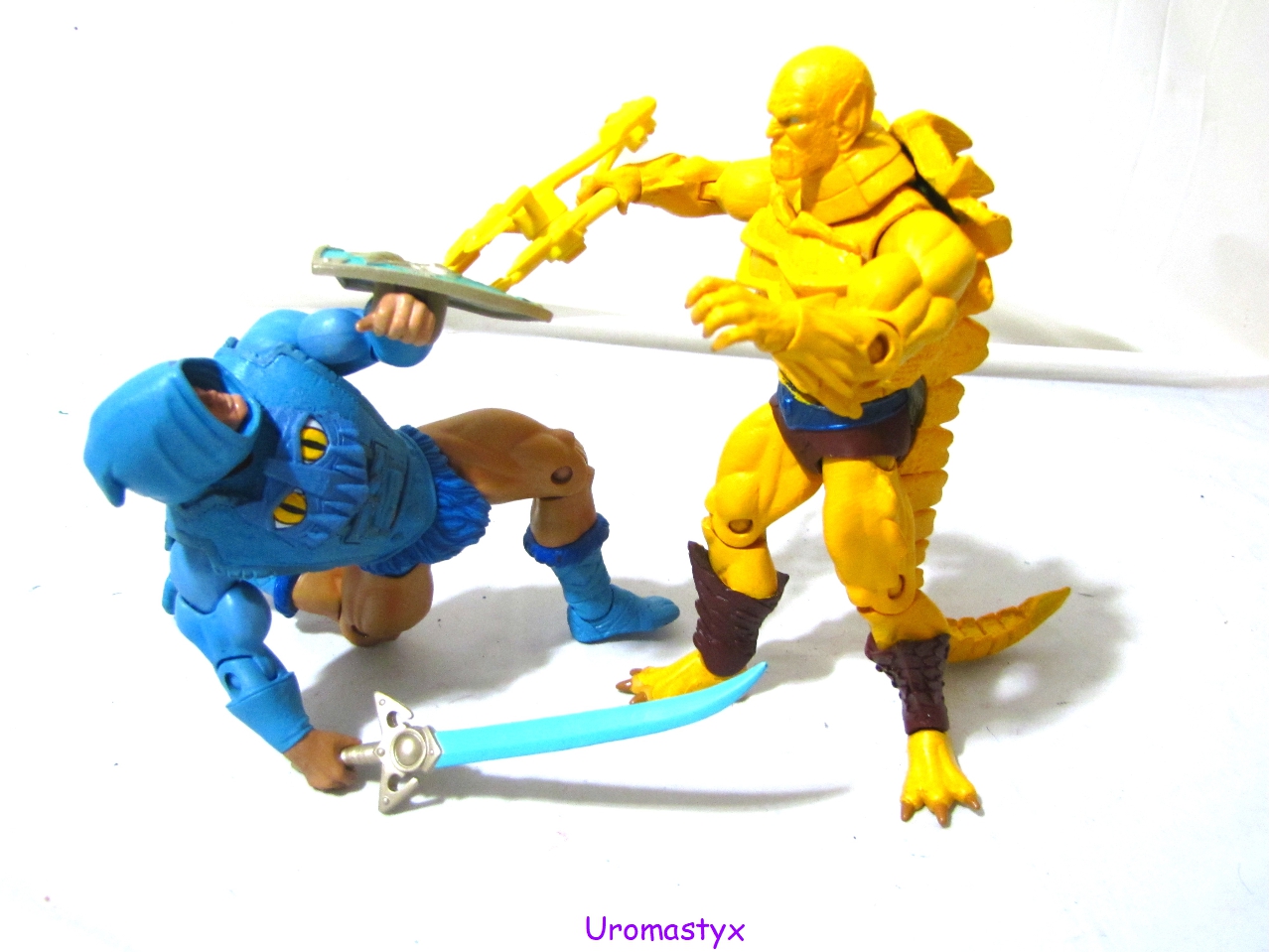 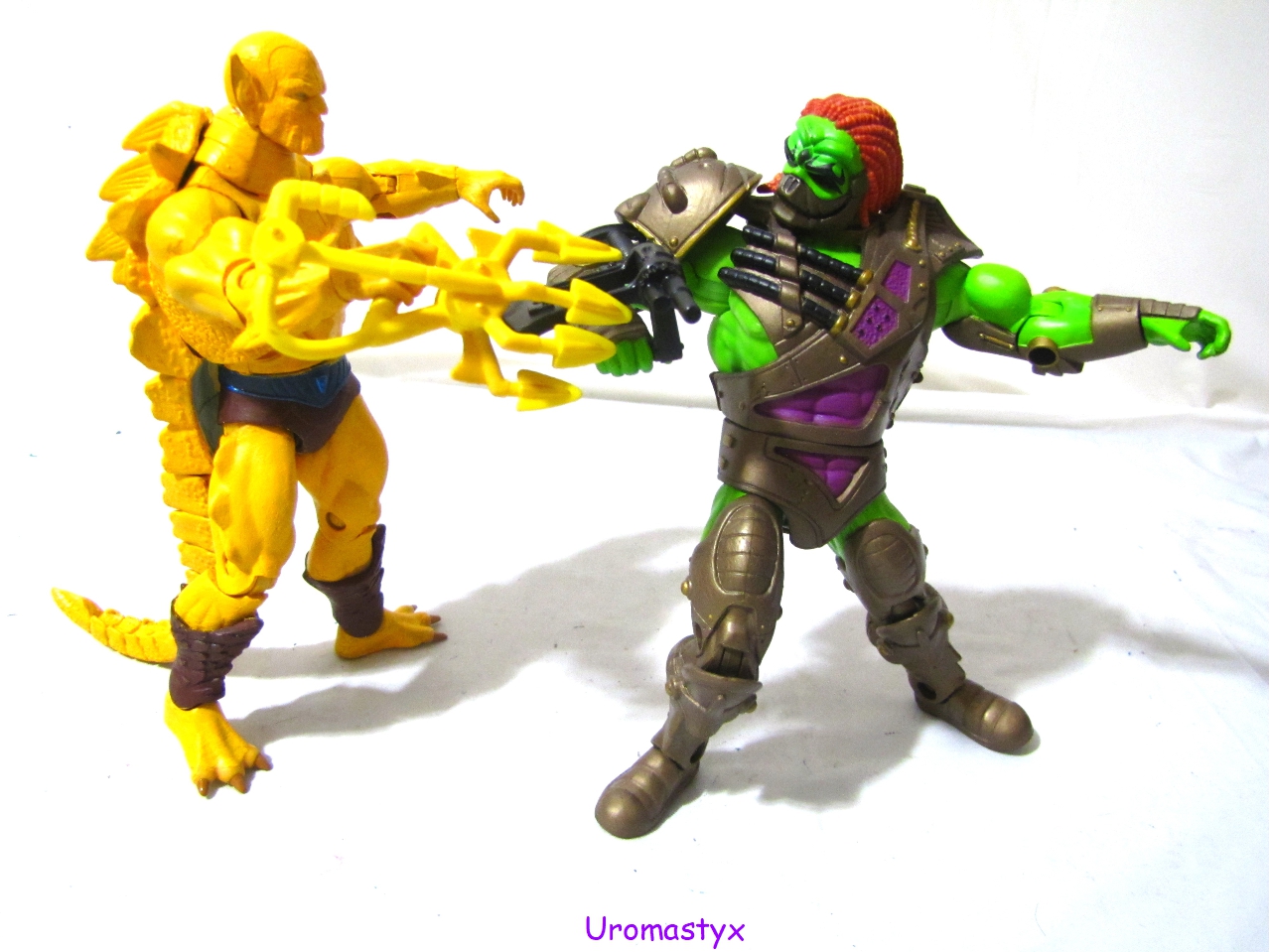 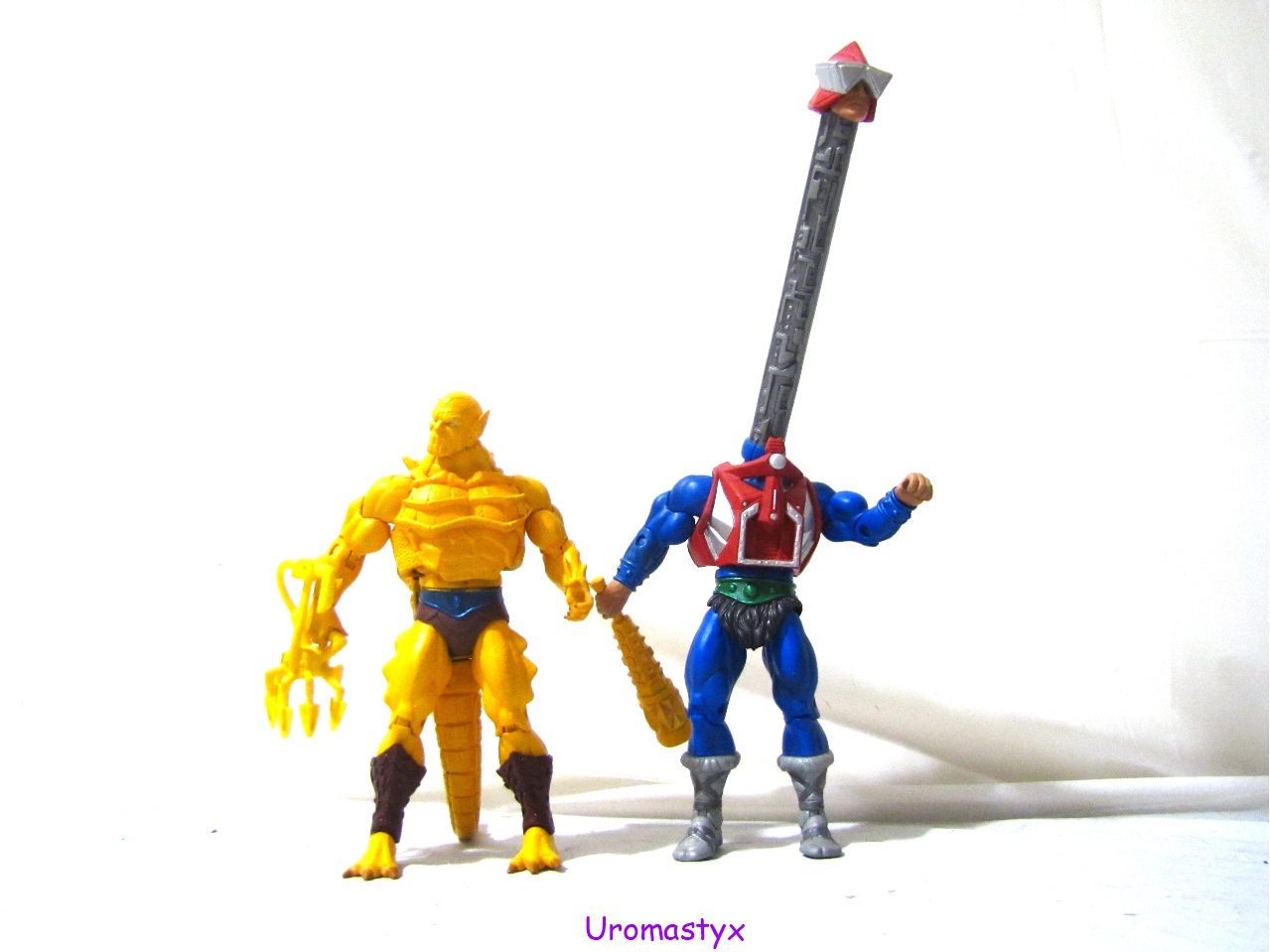 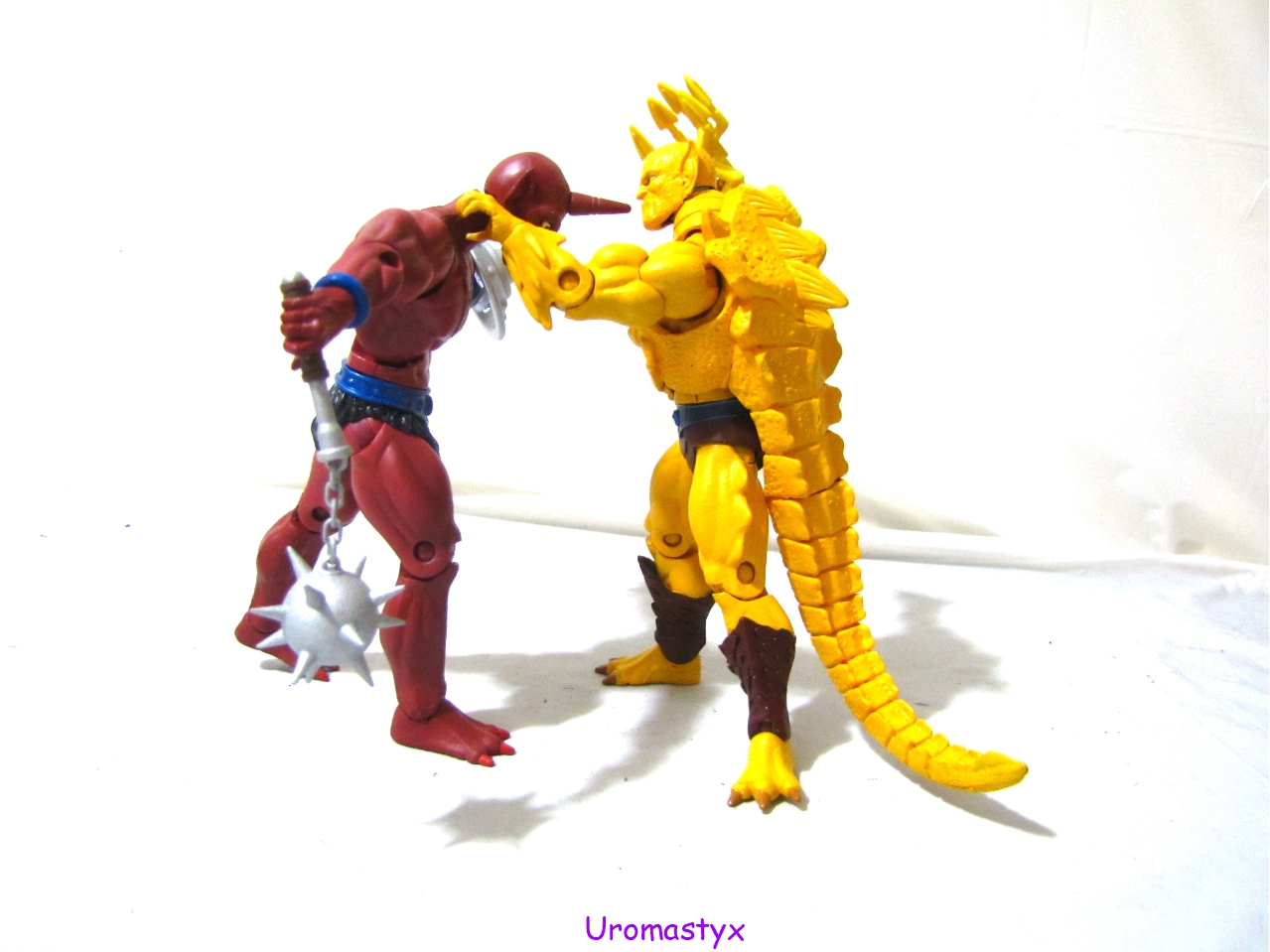 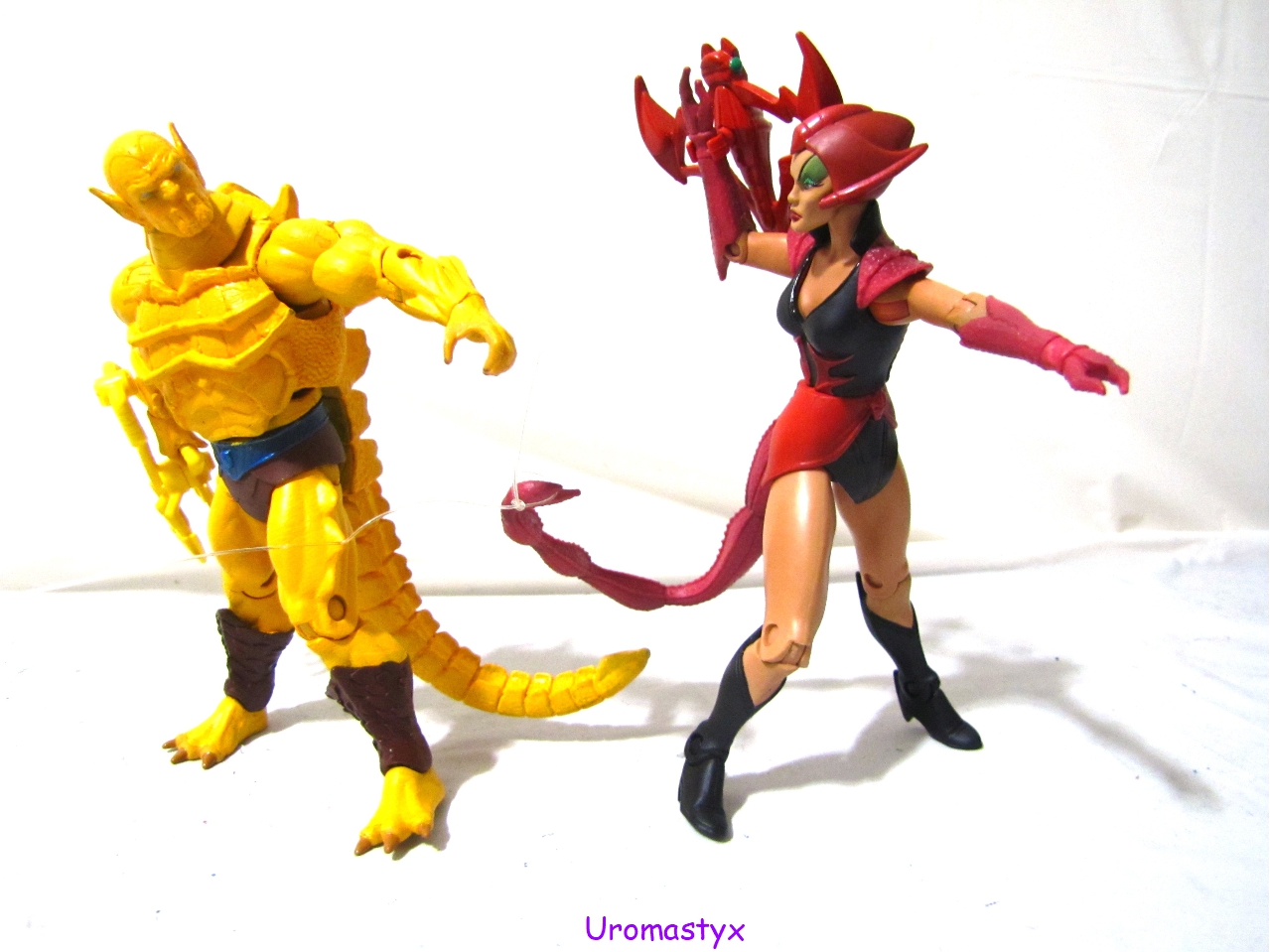 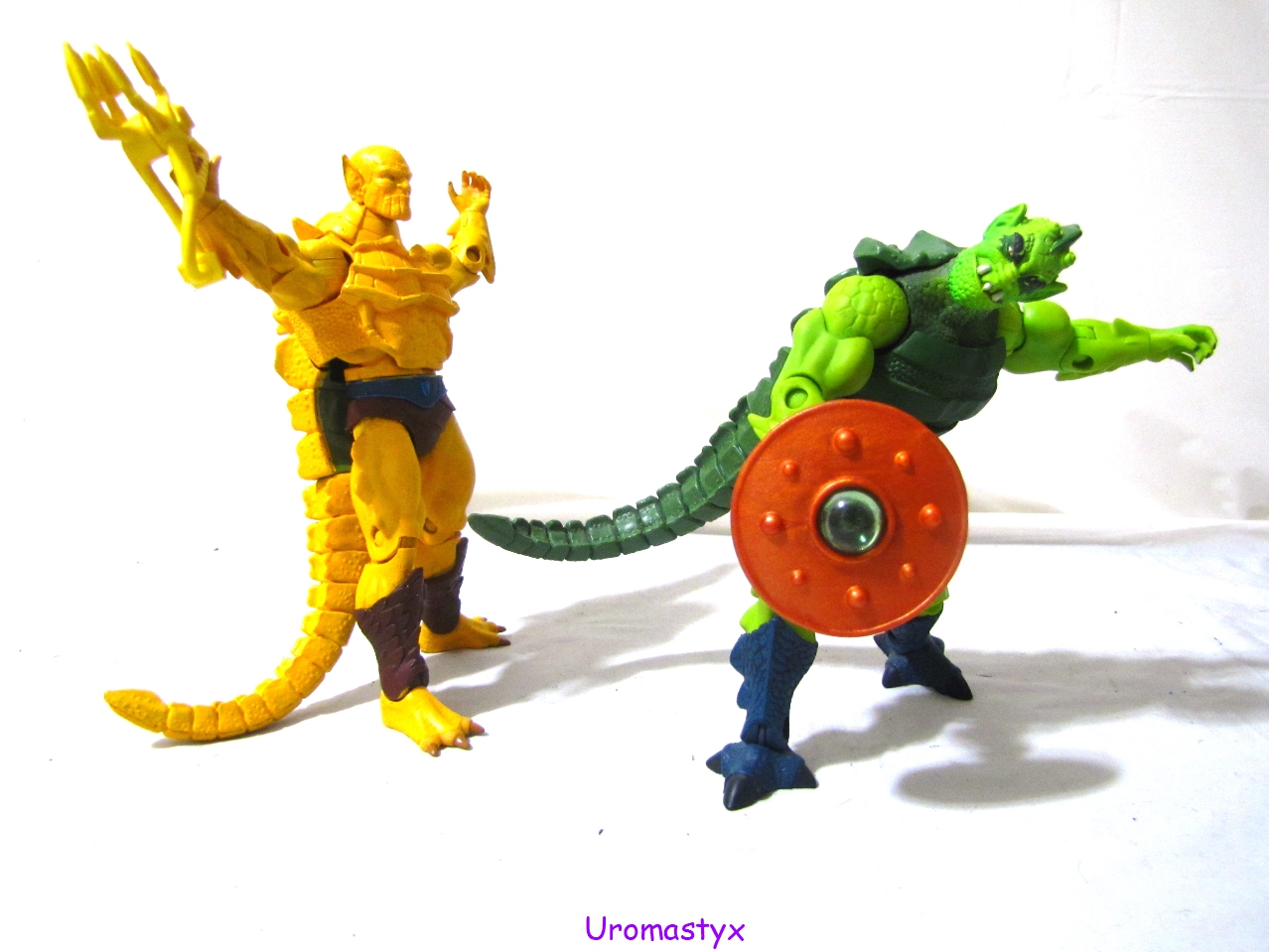 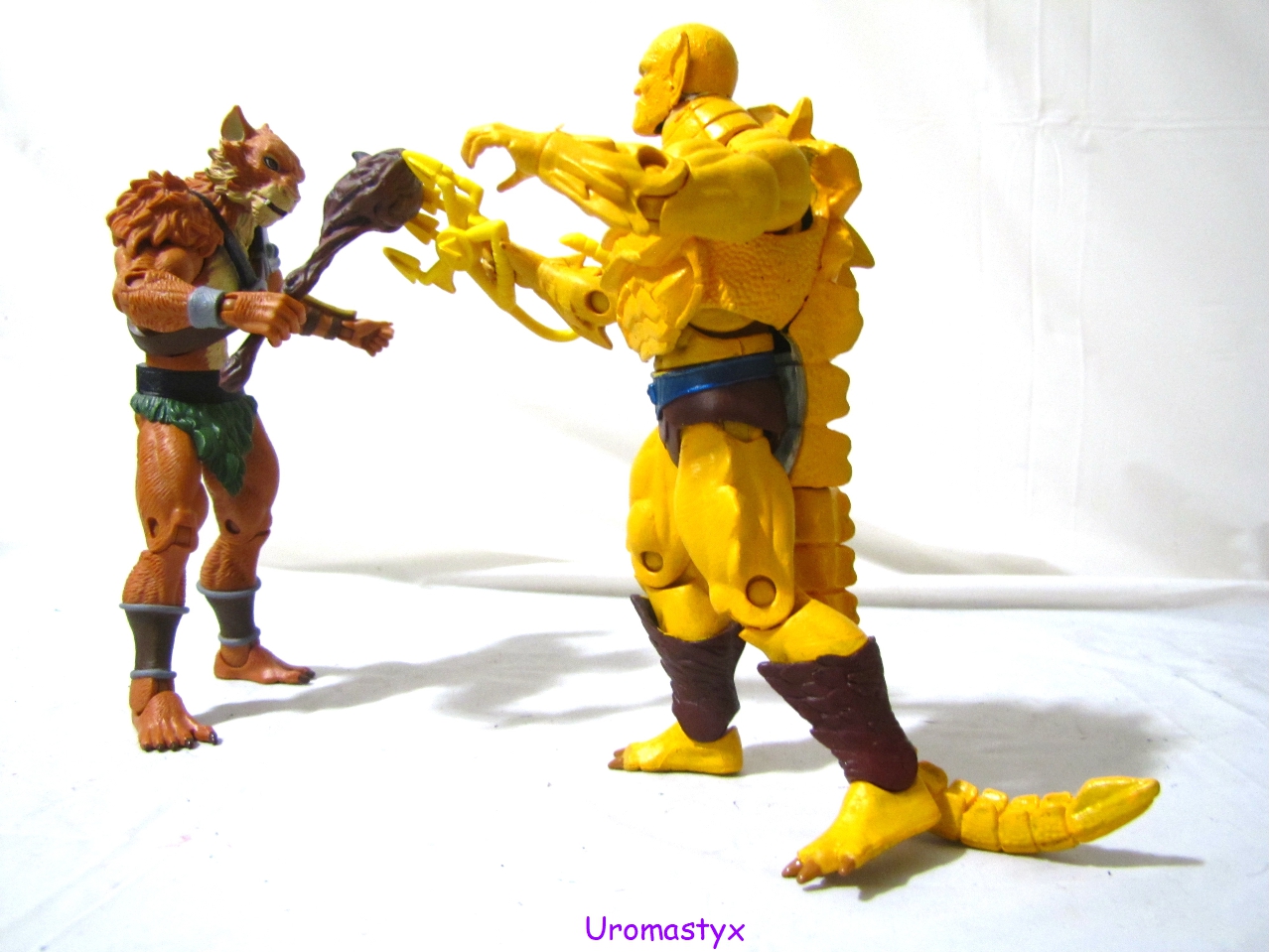 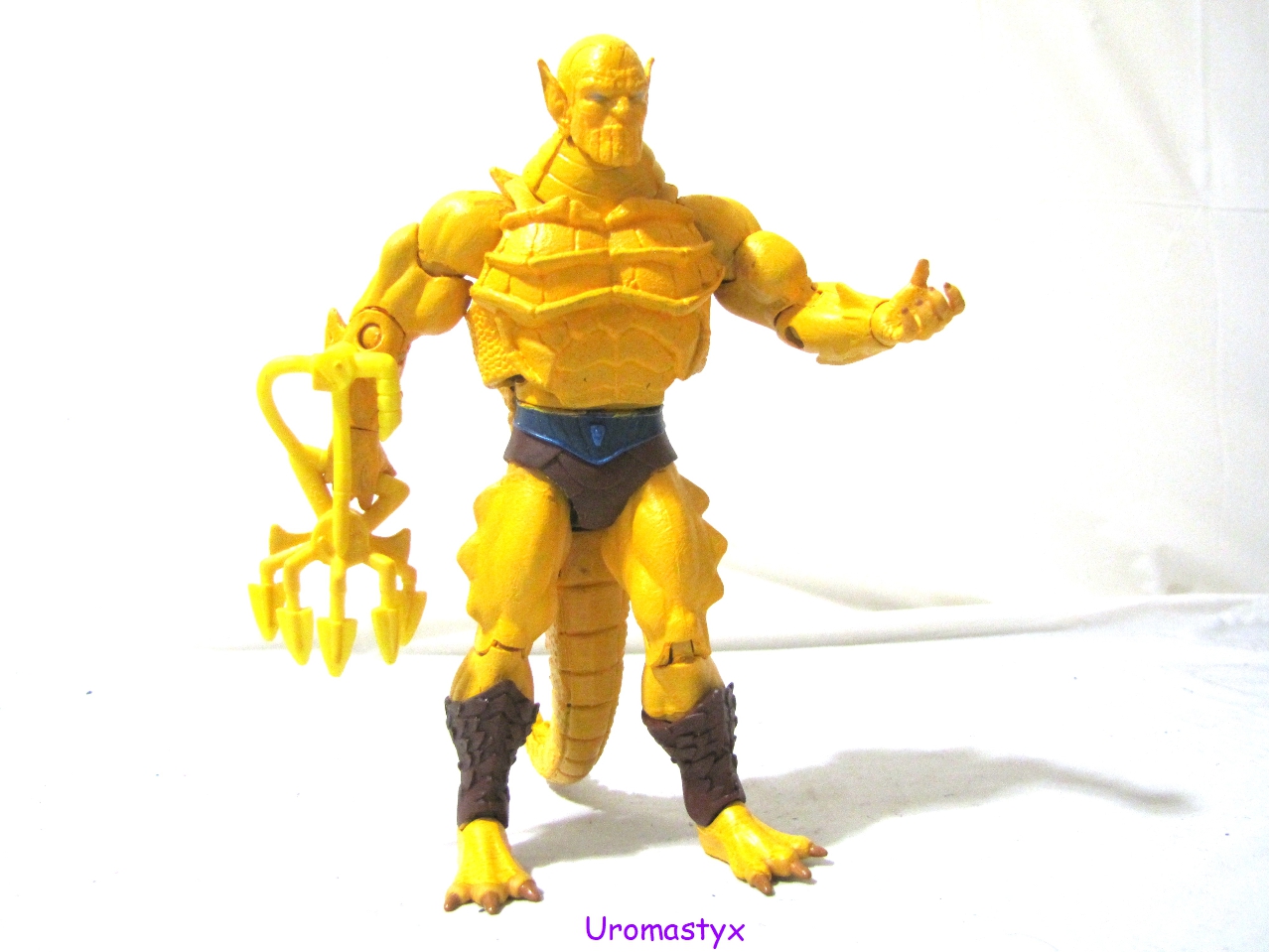 UROMASTYX
Heroic Hunter
Once a year a great obelisk rises from the ground. Its powers and meaning are always different. Mekaneck was able to read the words at the top of the Obelisk: "Ooogle Galump Galee." Temple of Darkness Sorceress explained that the writings on the obelisk were a prophecy of things to come. If you say "power to good" the obelisk will release something to help you in battle.
He-man said the words & the Obelisk released Uromastyx who exclaimed "I fight on the side of good. I search and destroy." This yellow lizard man uses all of his senses to search for anything that He-Man needs him to find. He also uses his scaly skin & large tail to destroy anything in his way.
When He-Man & Skeletor shouted their command at the exact moment, this made the obelisk tremble then begin to crumble.
Posted by PhantomZodak at 6:03 PM