This guy appeared in the DC comics issue #4. I gave him a Mayan name because of the pyramids in that issue. I also made False Face, Hucha & Wolk. 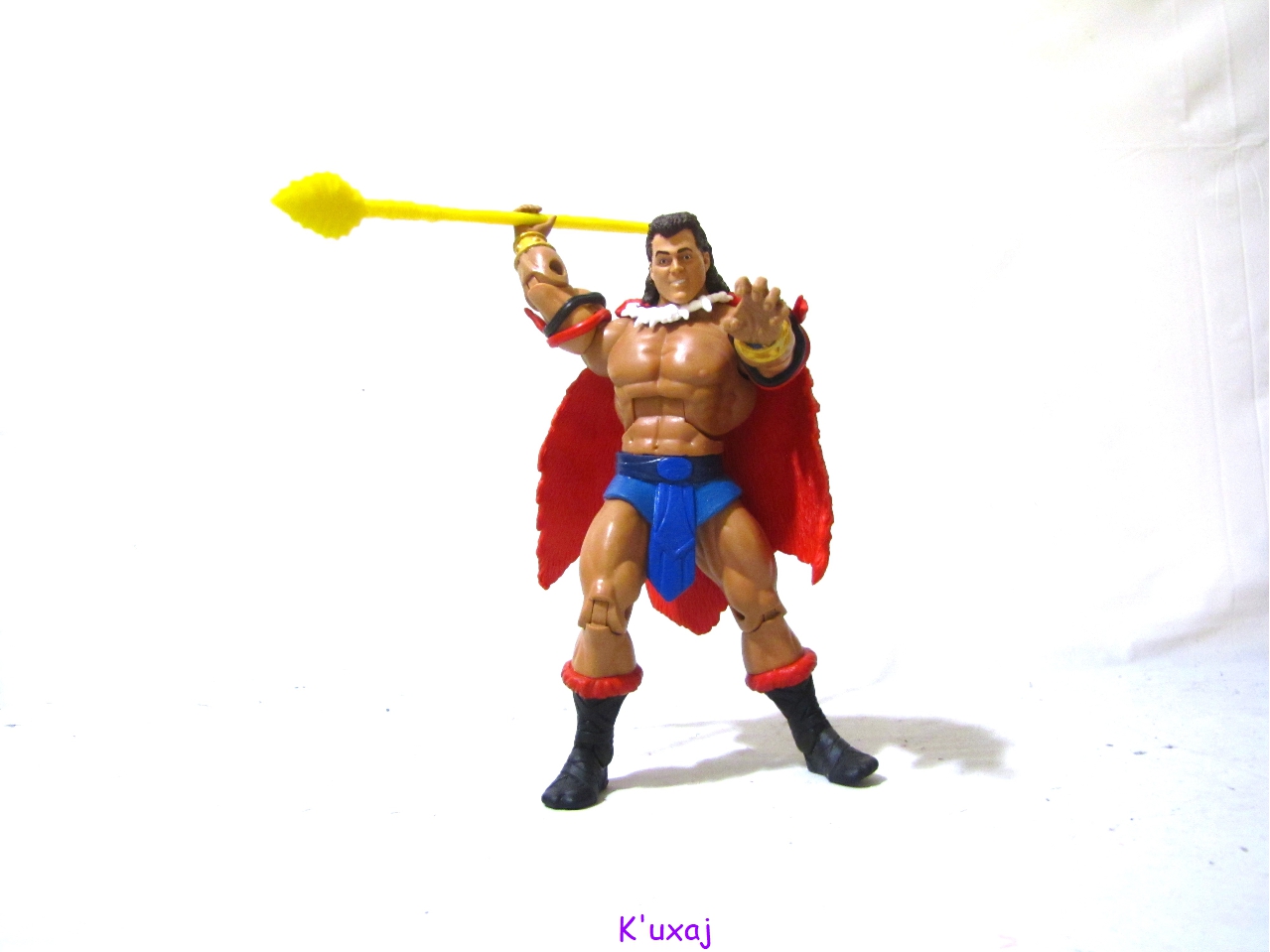 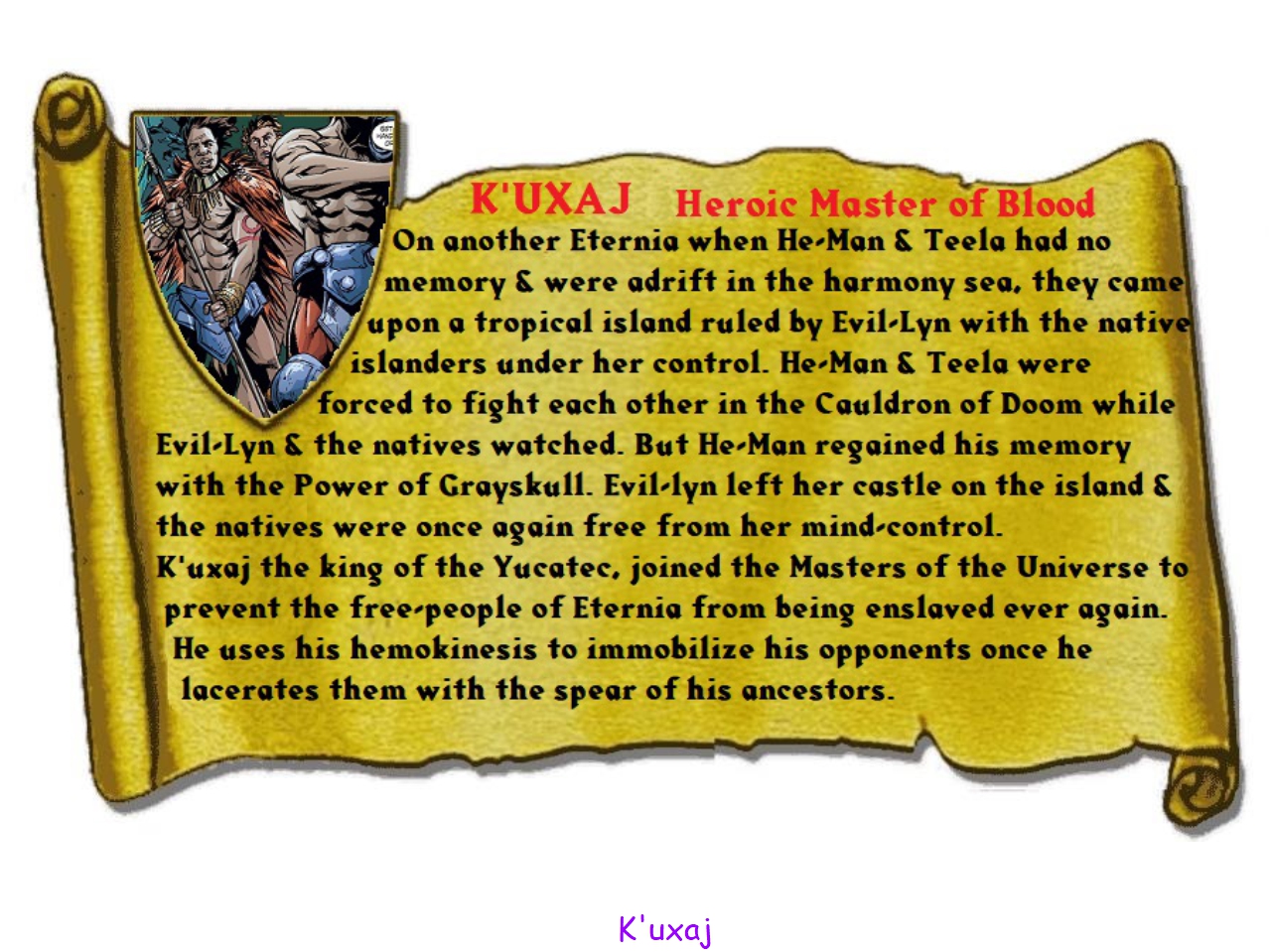 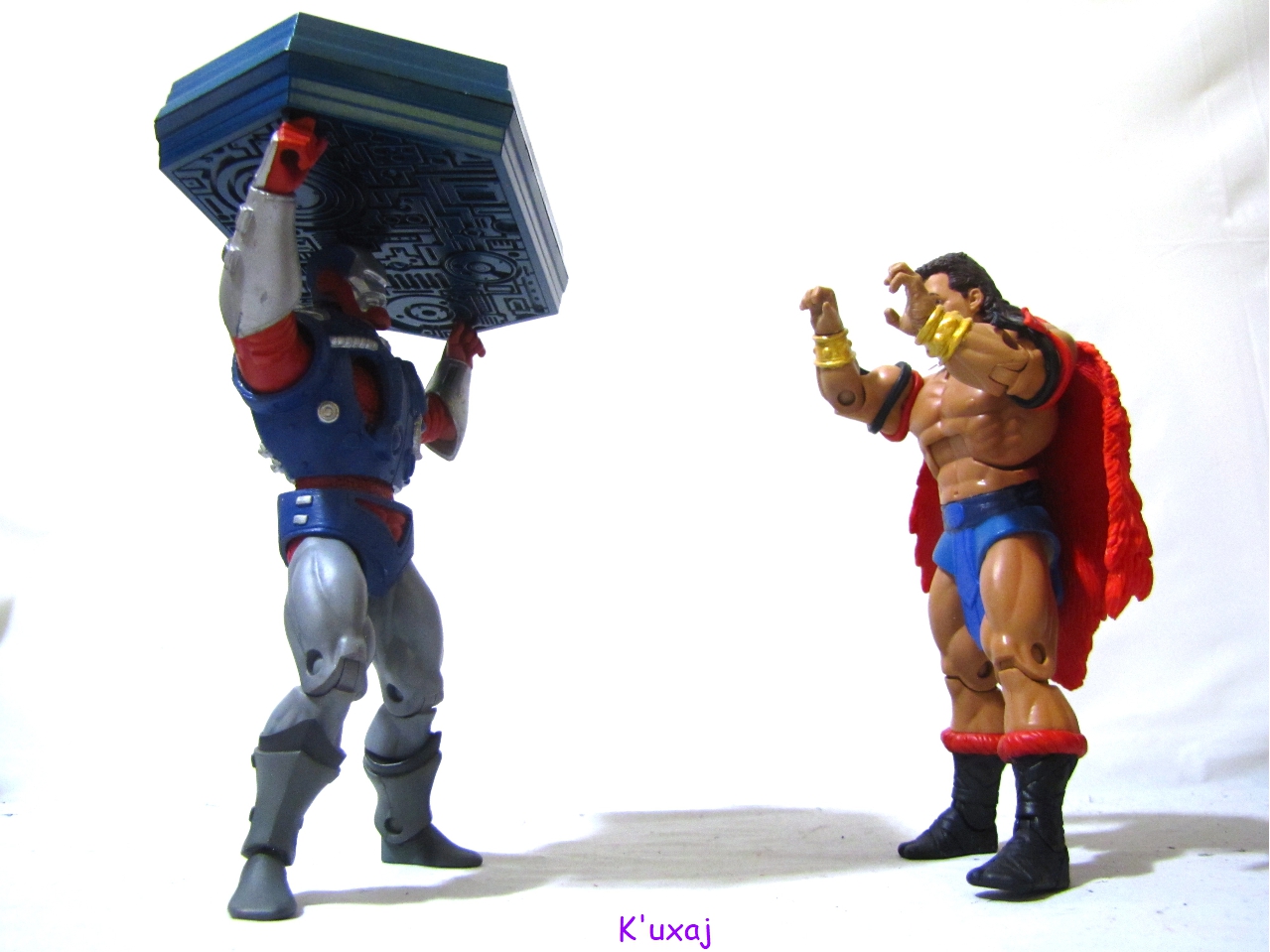 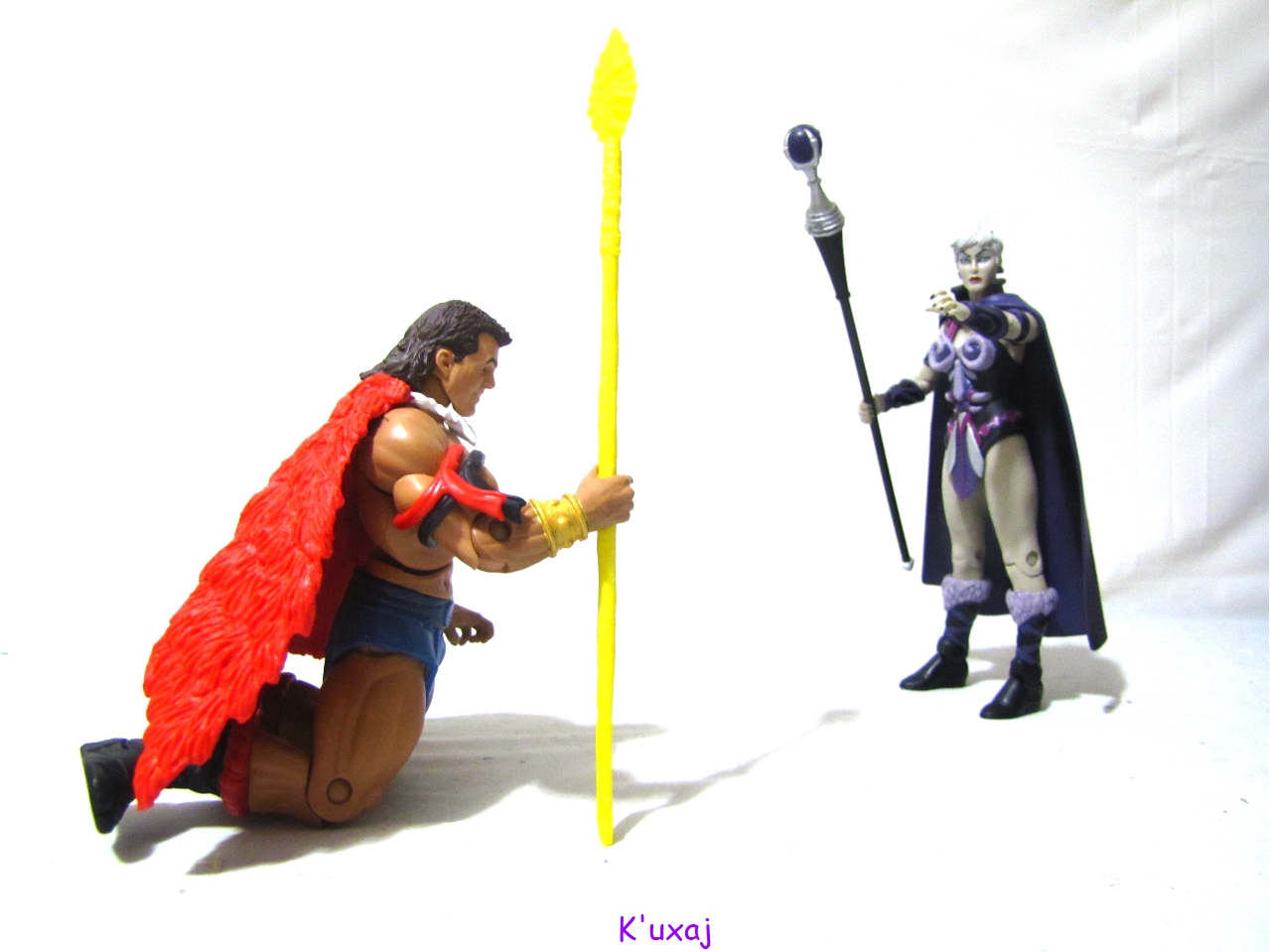 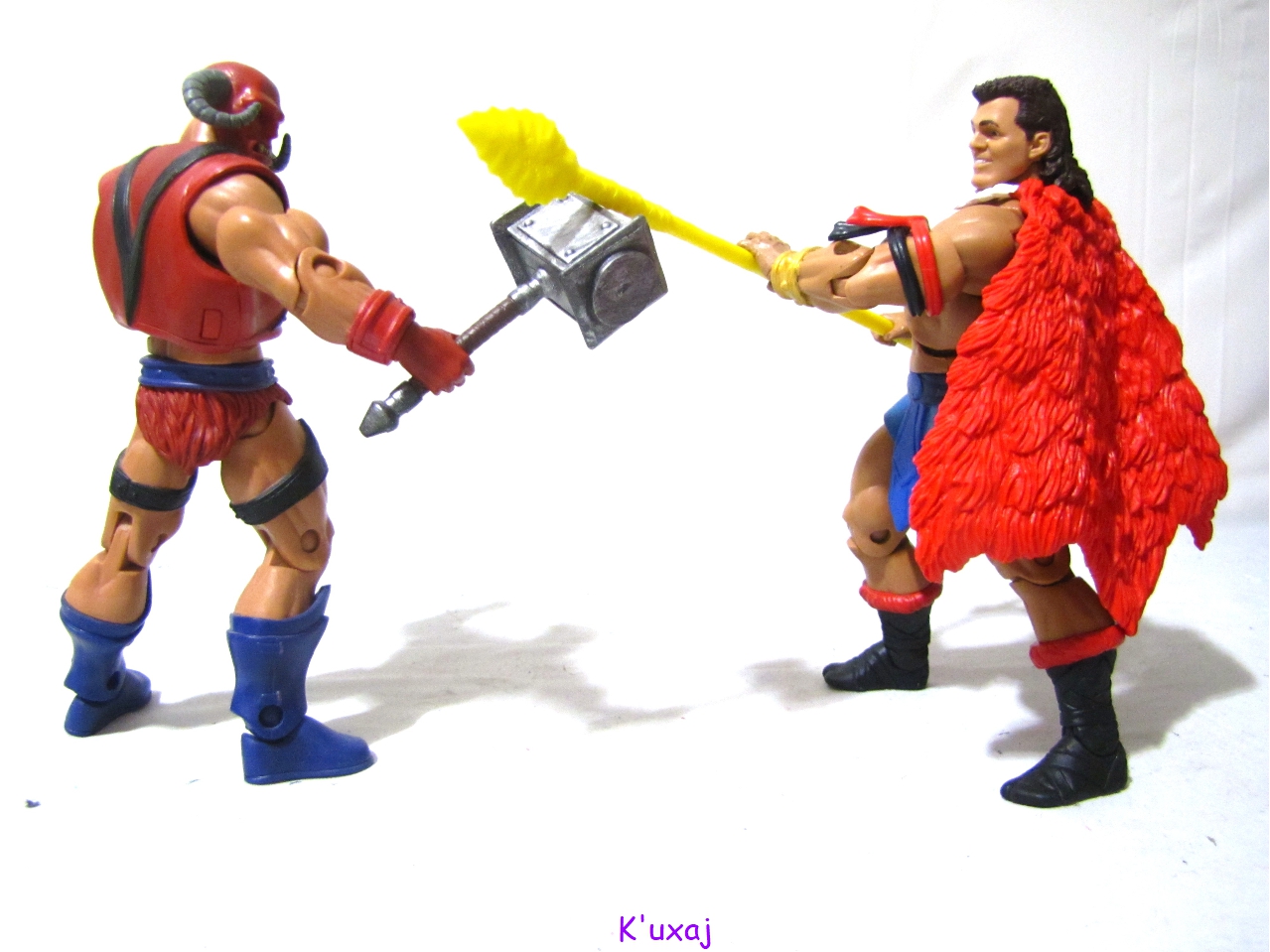 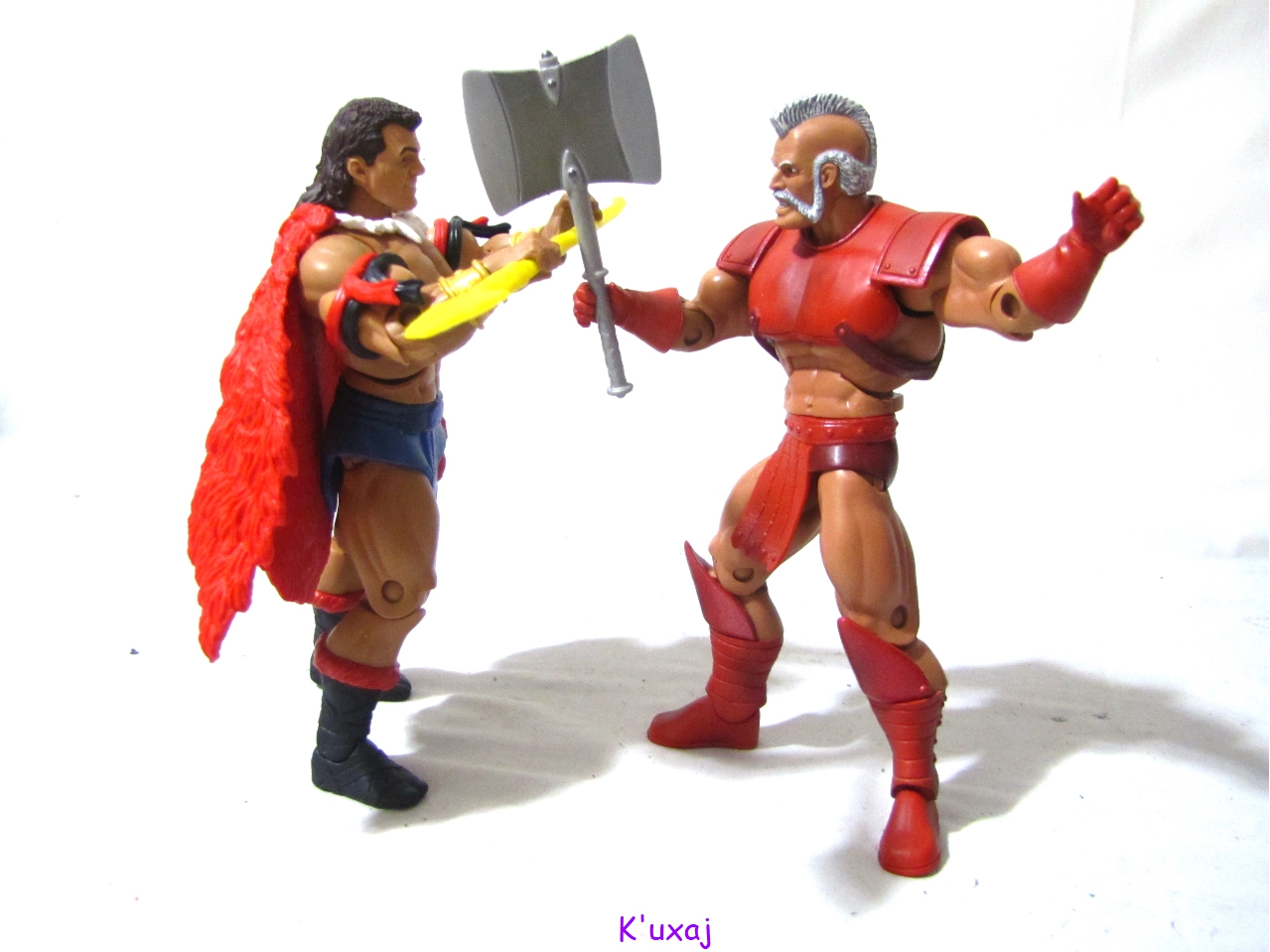 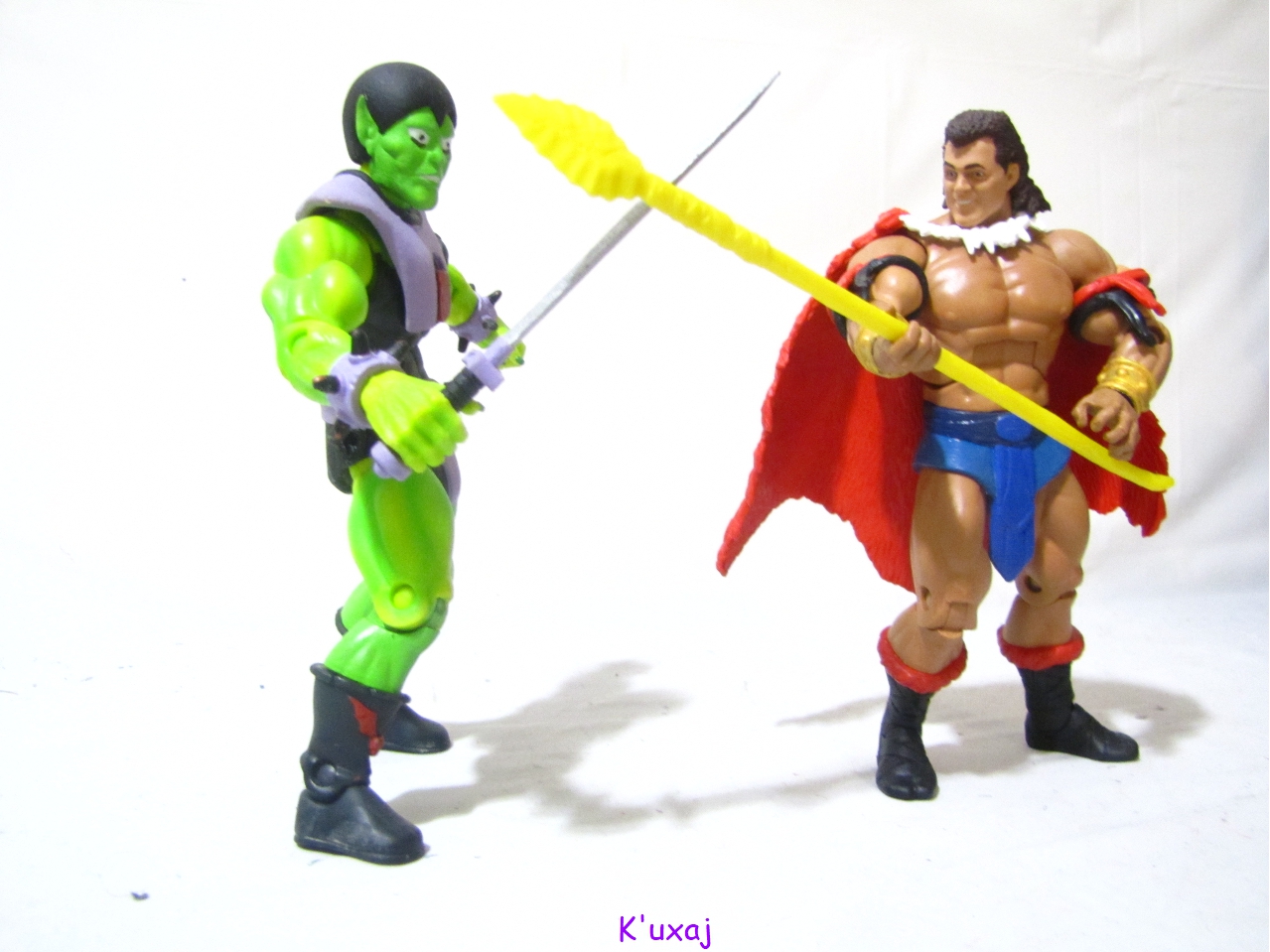 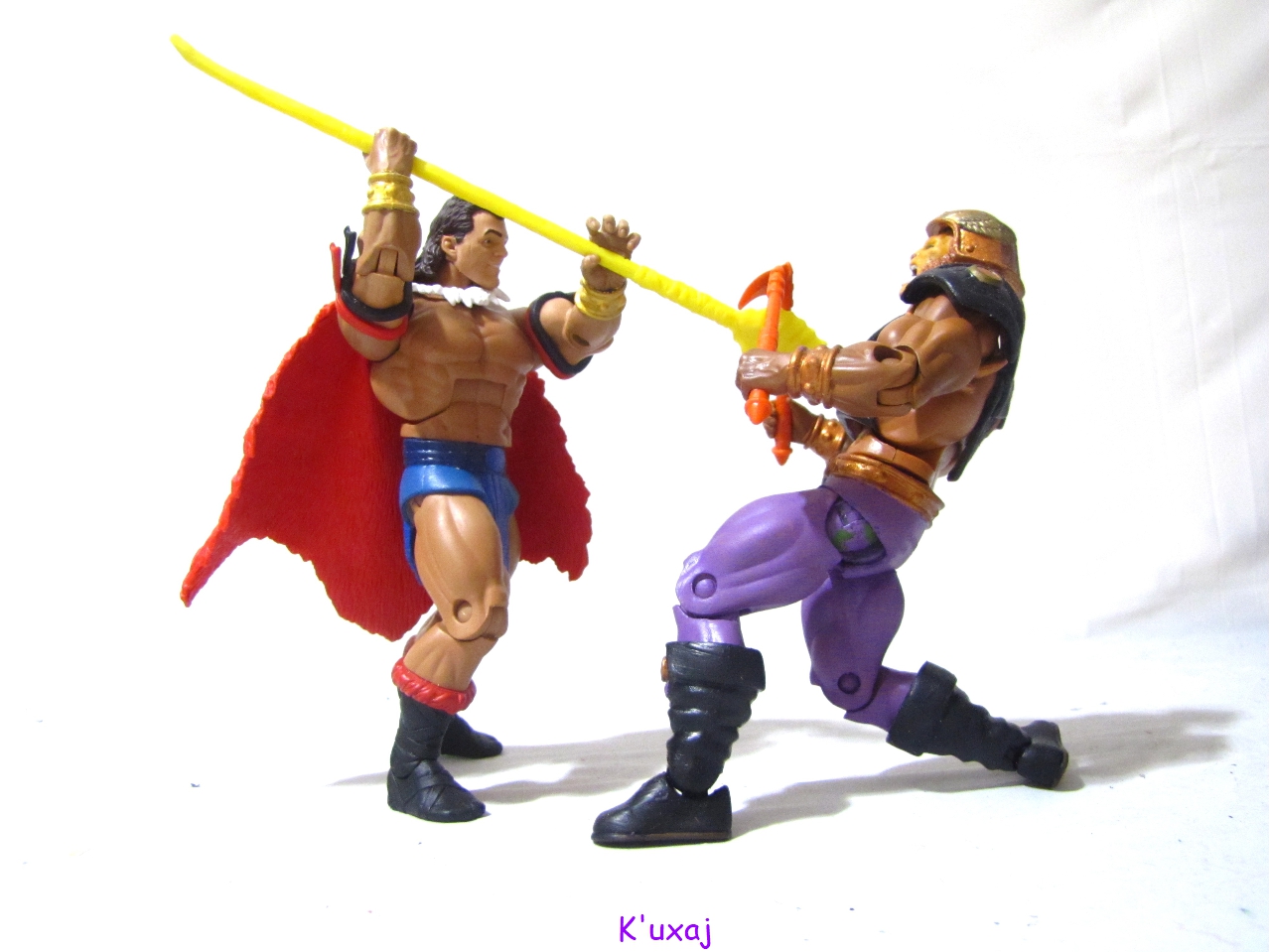 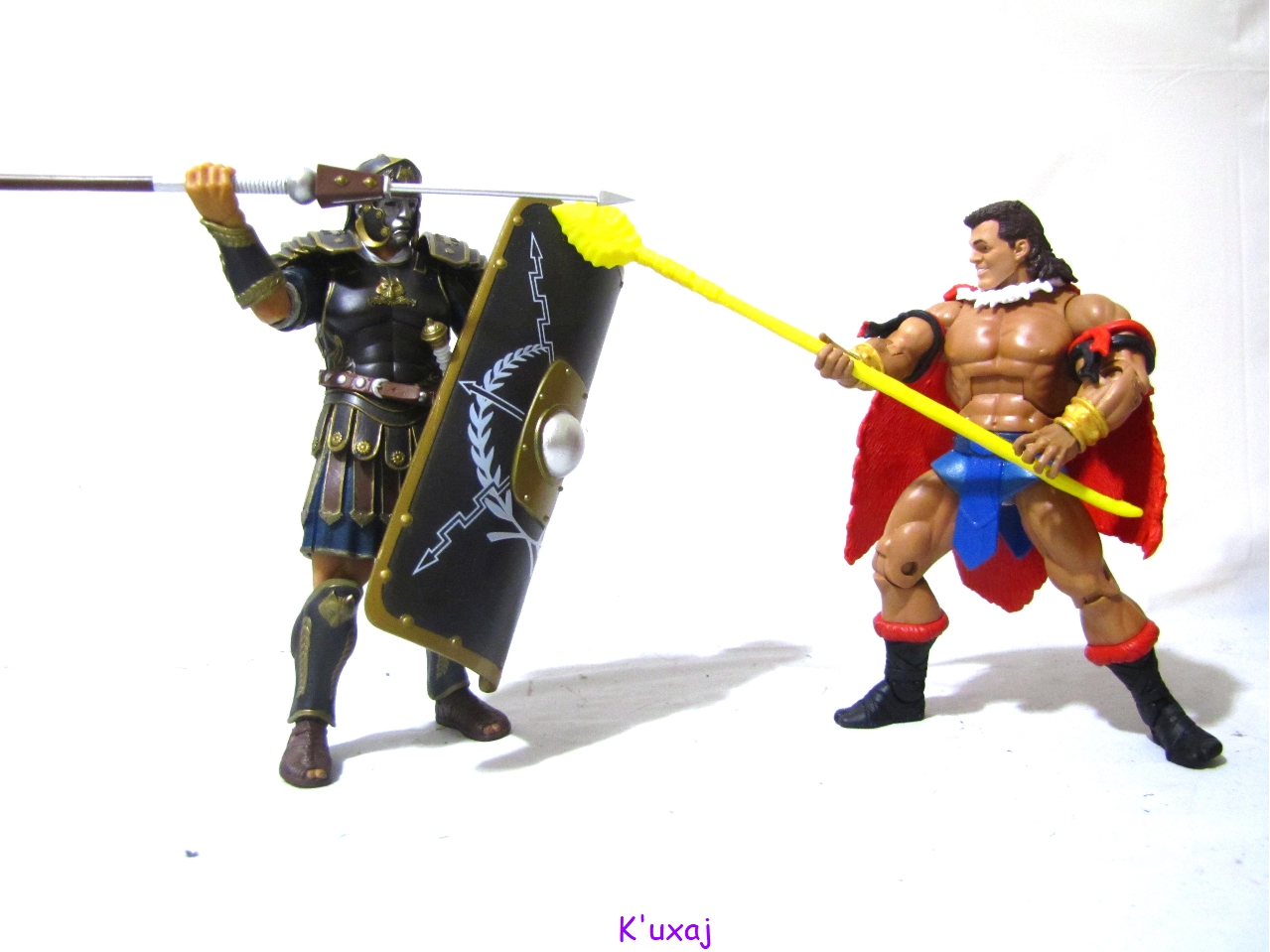 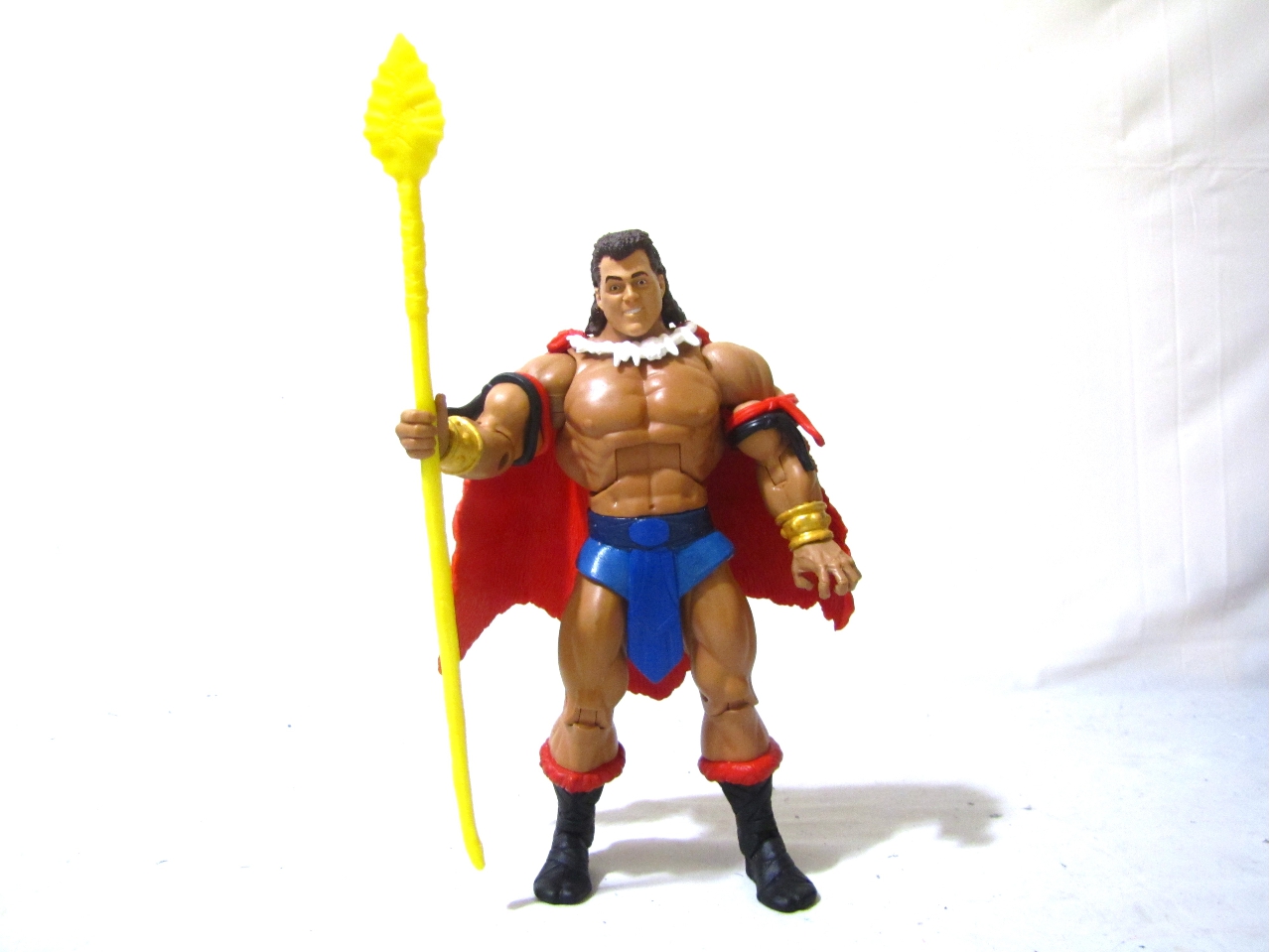 On another Eternia when He-Man & Teela had no memory & were adrift in the harmony sea, they came upon a tropical island ruled by Evil-Lyn with the native islanders under her control. He-Man & Teela were forced to fight each other in the Cauldron of Doom while Evil-Lyn & the natives watched. But He-Man regained his memory with the Power of Grayskull. Evil-lyn left her castle on the island & the natives were once again free from her mind-control.
K'uxaj the king of the Yucatec, joined the Masters of the Universe to prevent the free-people of Eternia from being enslaved ever again. He uses his hemokinesis to immobilize his opponents once he lacerates them with the spear of his ancestors.
Posted by PhantomZodak at 3:22 PM 1 comment:

Hucha was in a "New Adventures of He-Man" comic book. He just hucks a large piece of Primus Tech at the good guys. I also made Salamandor, Meow & Lt. Marron. 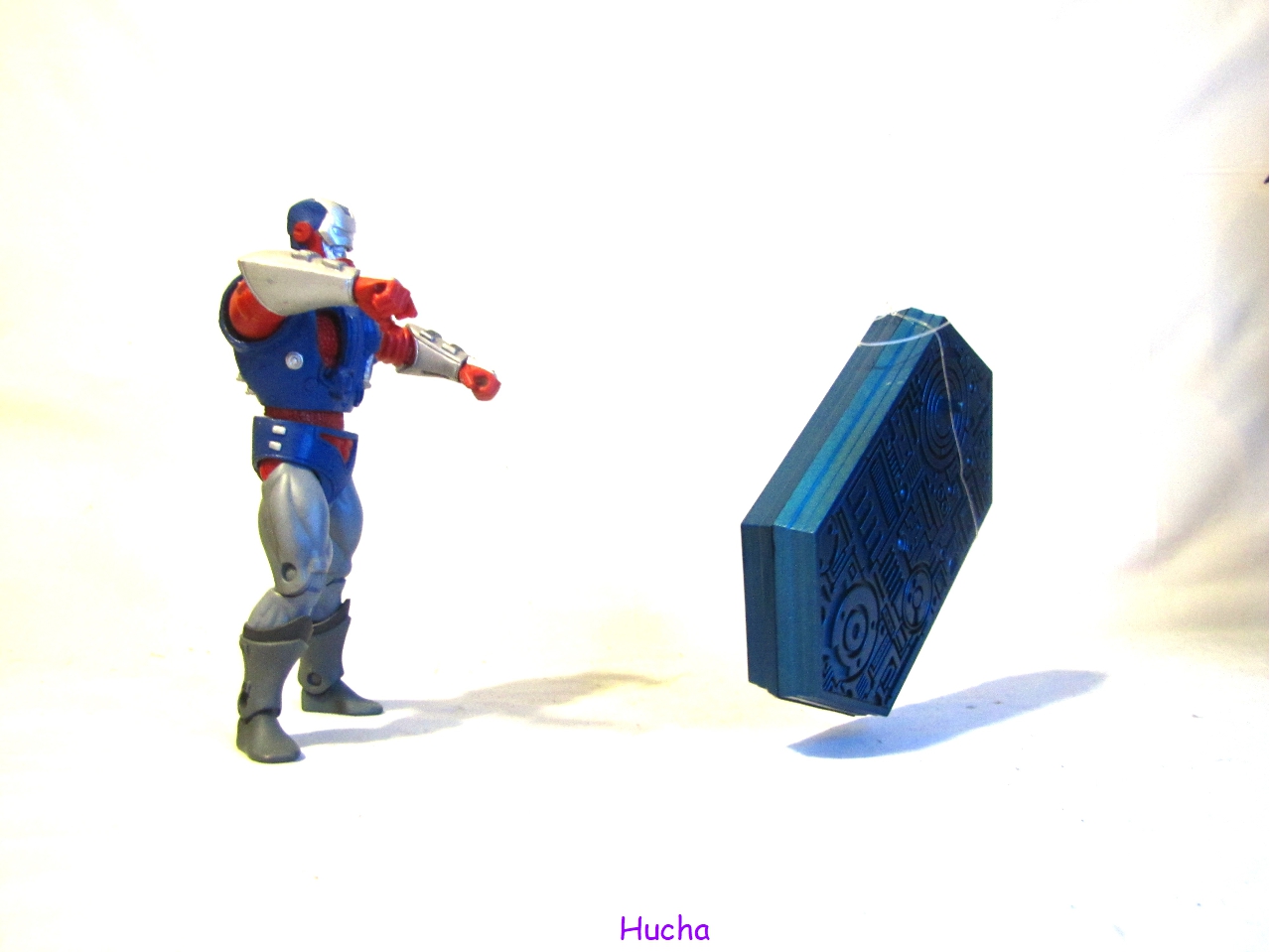 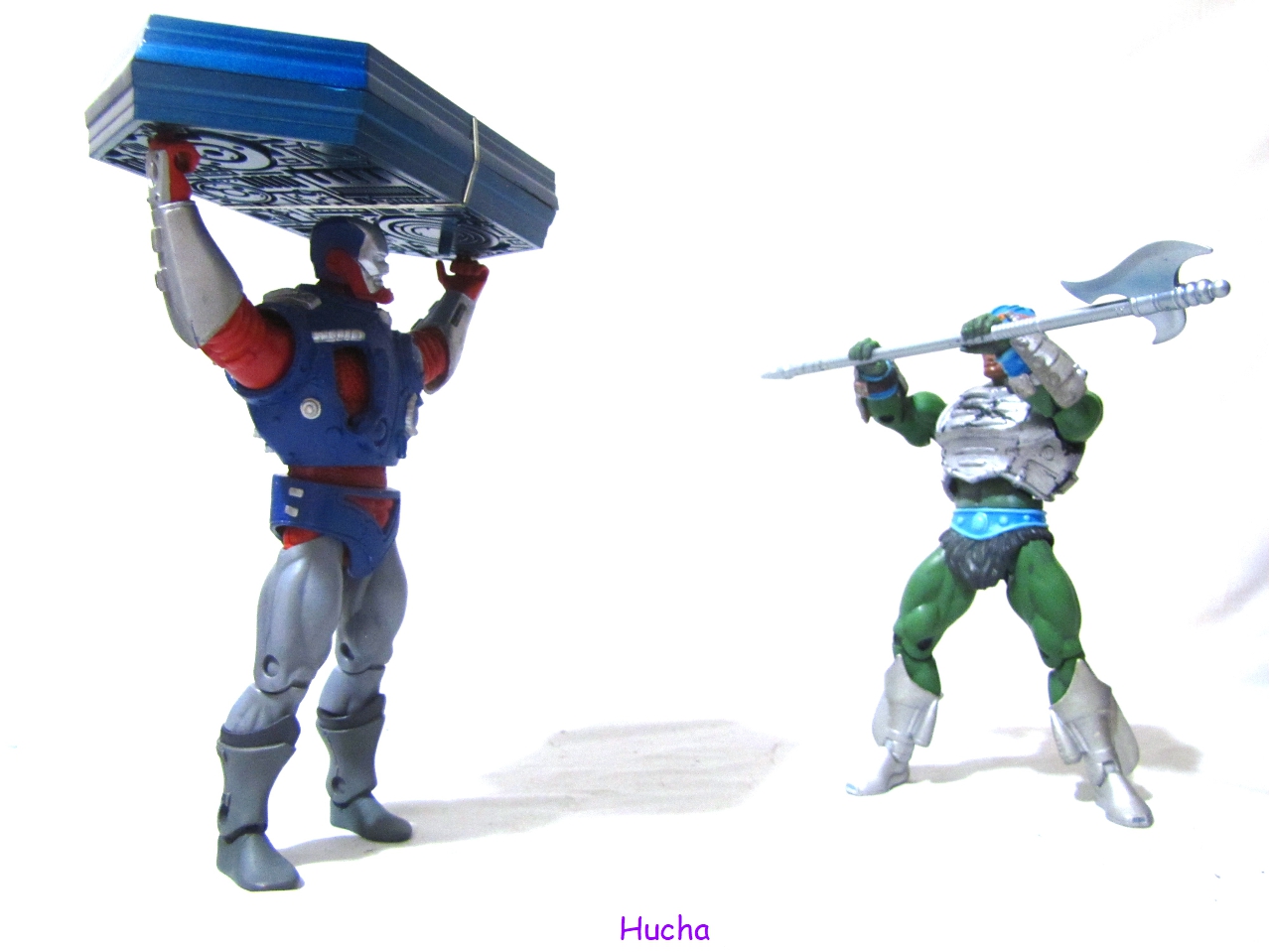 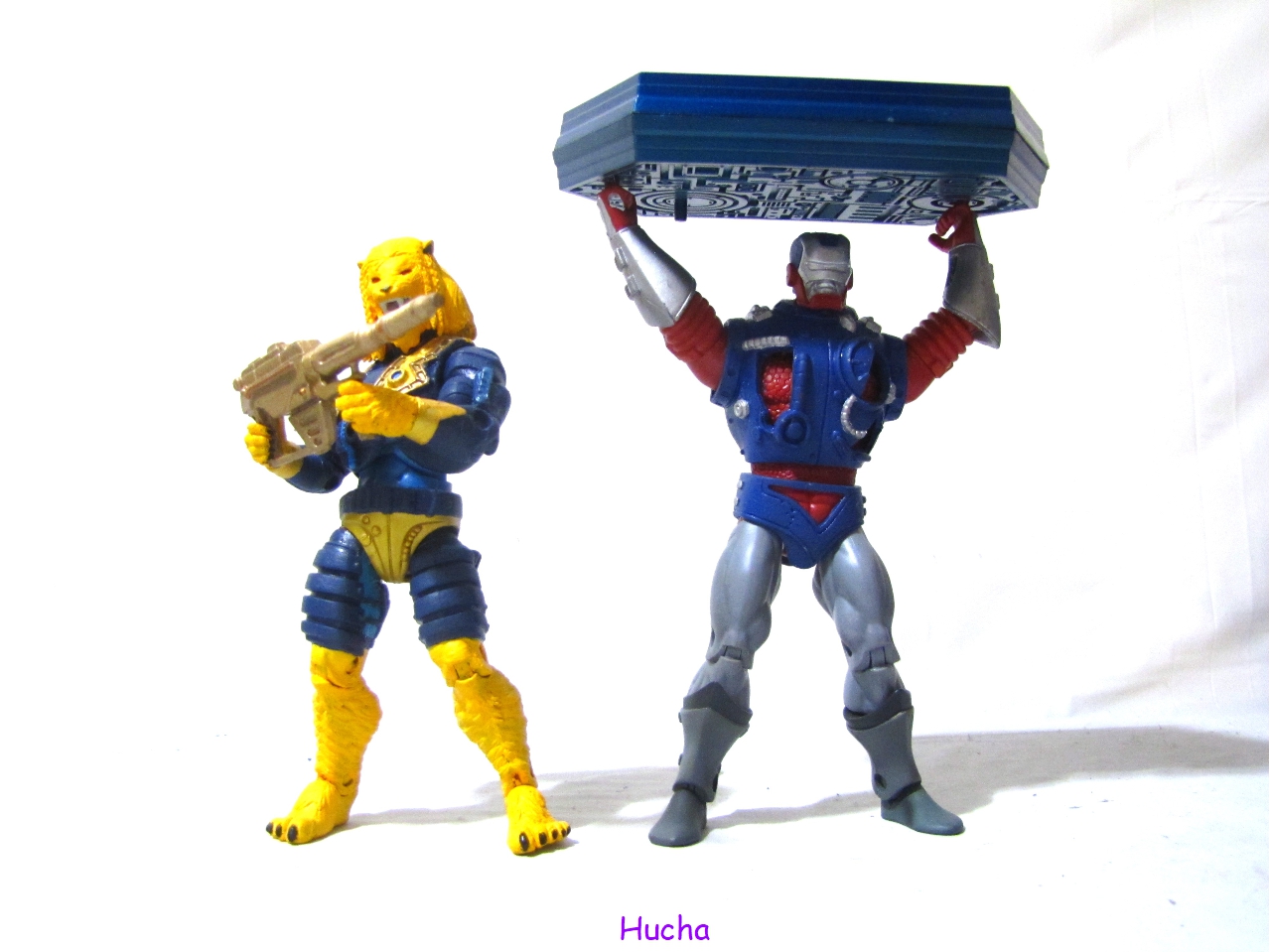 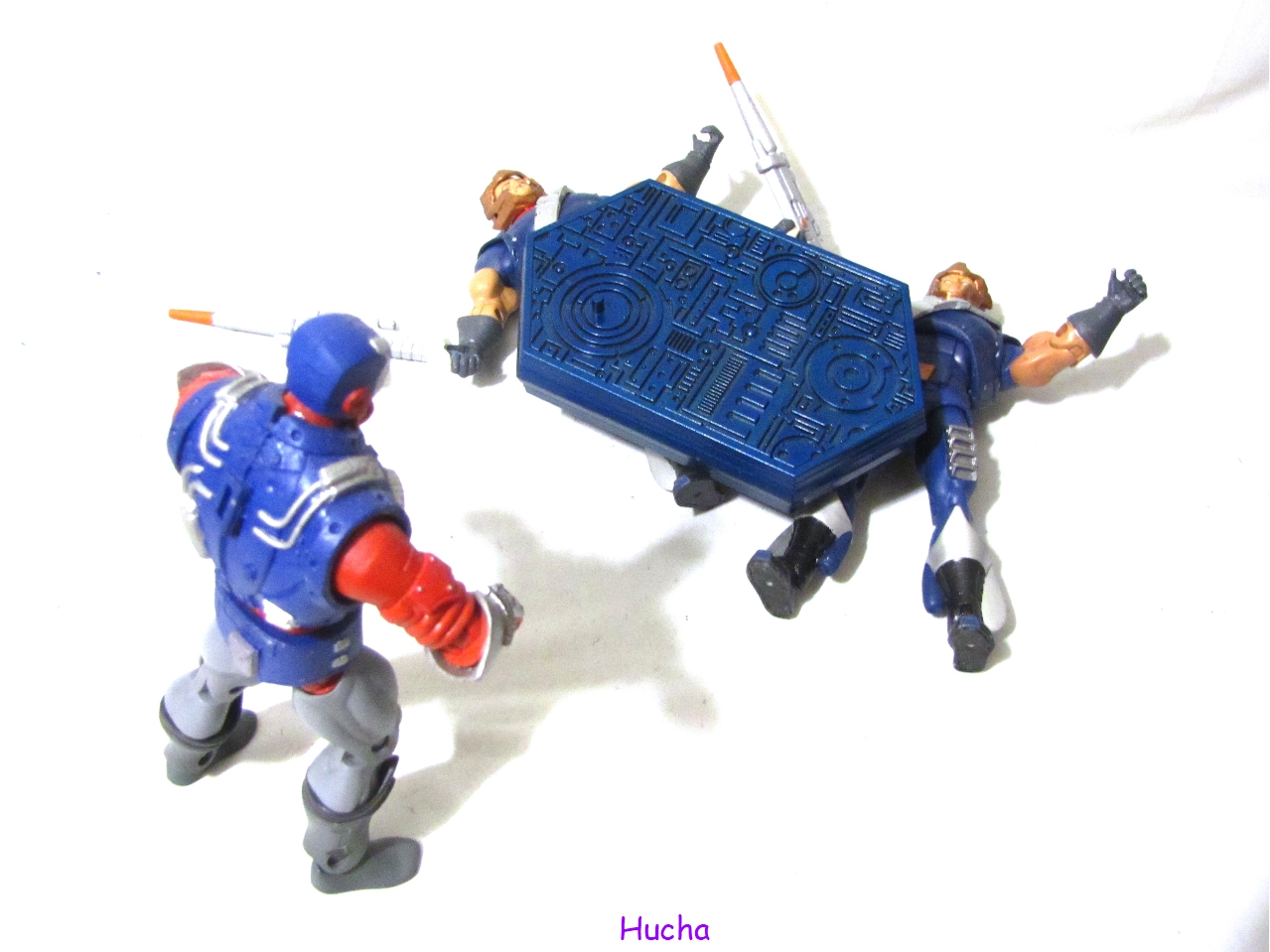 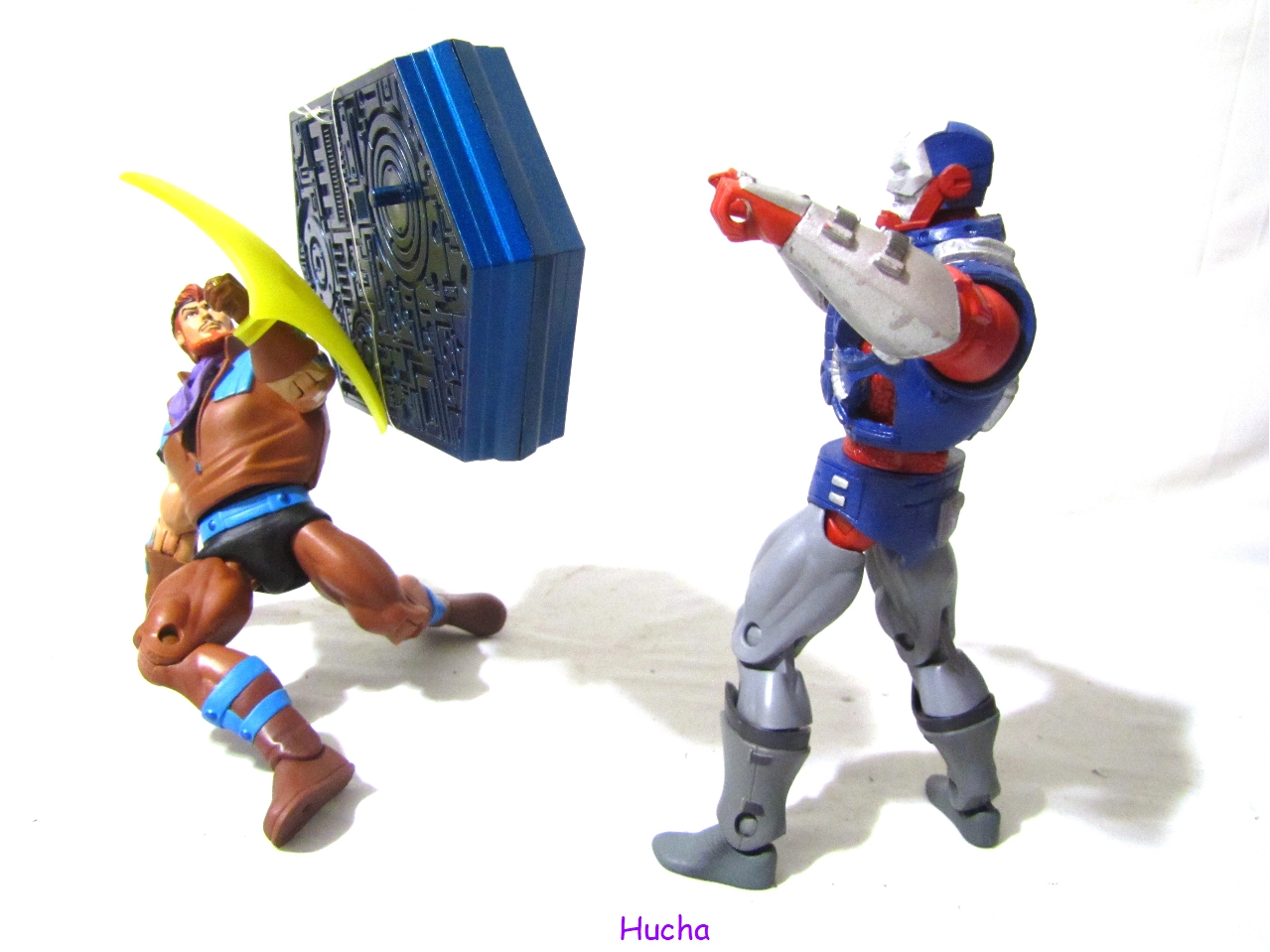 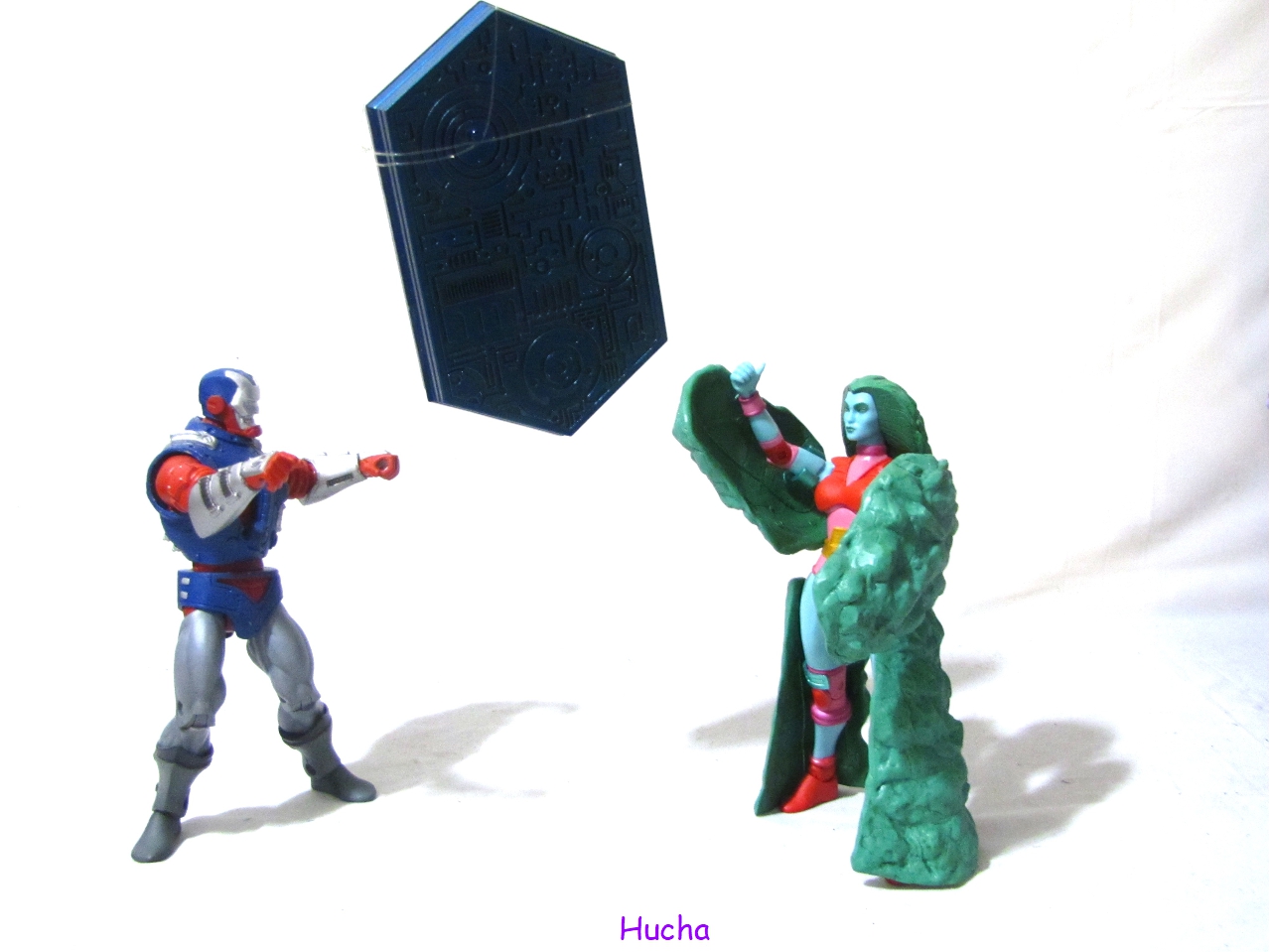 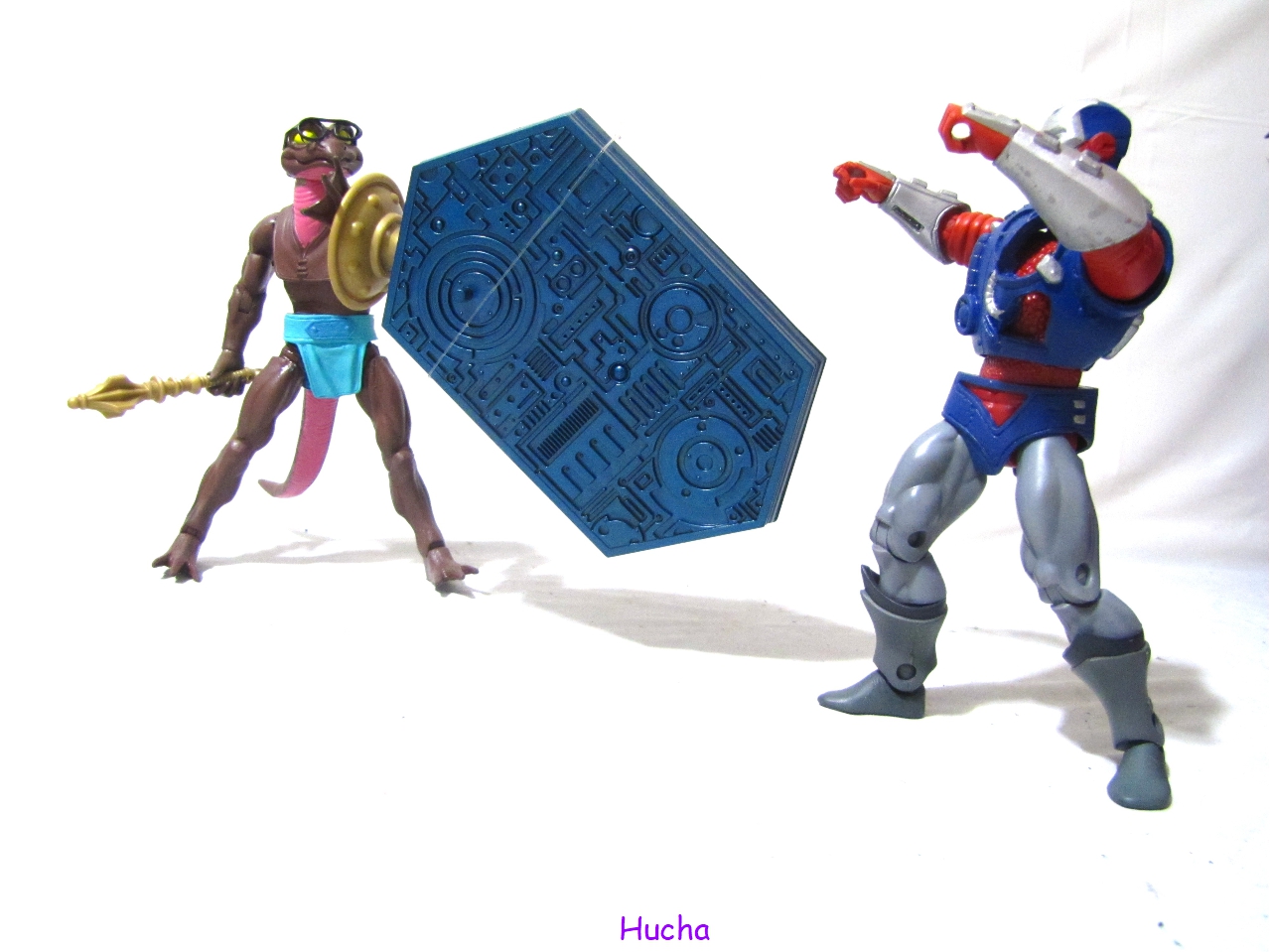 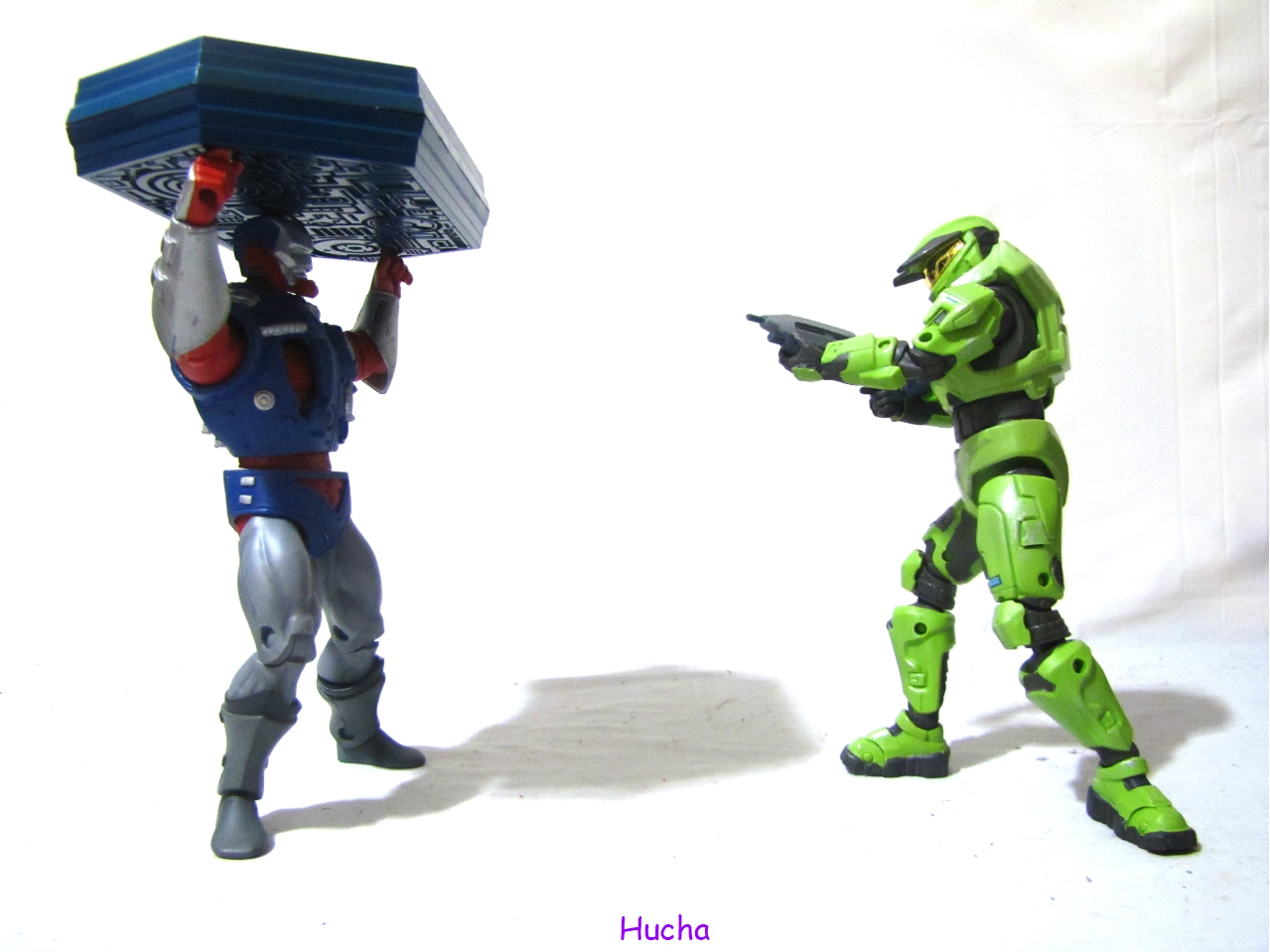 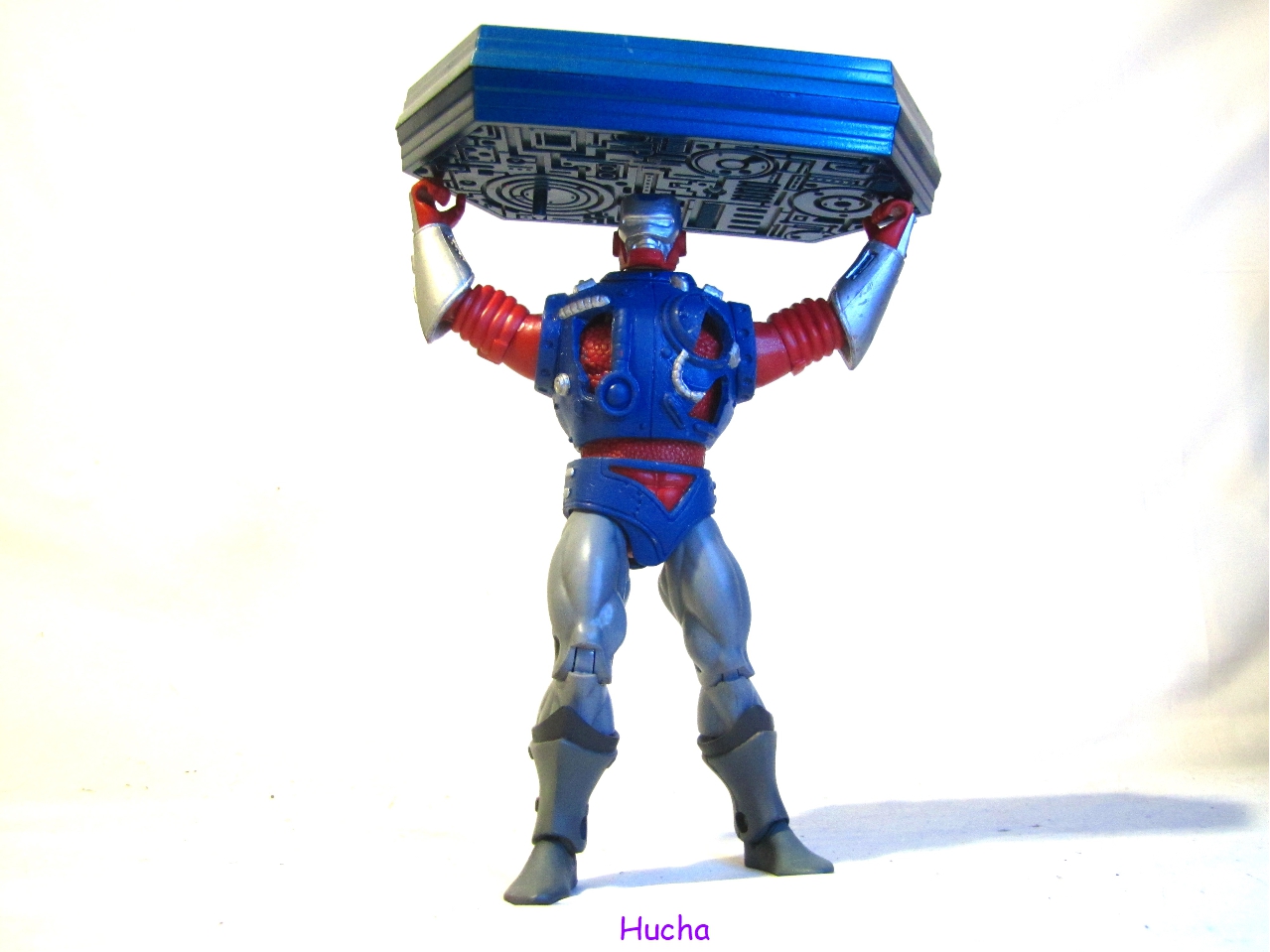 Posted by PhantomZodak at 9:24 PM No comments: