They were in the episode House of Shokoti. I bought the heads & weapons from Eternal Customs. I also made the Lizardmen, Mystika & Salamandor. 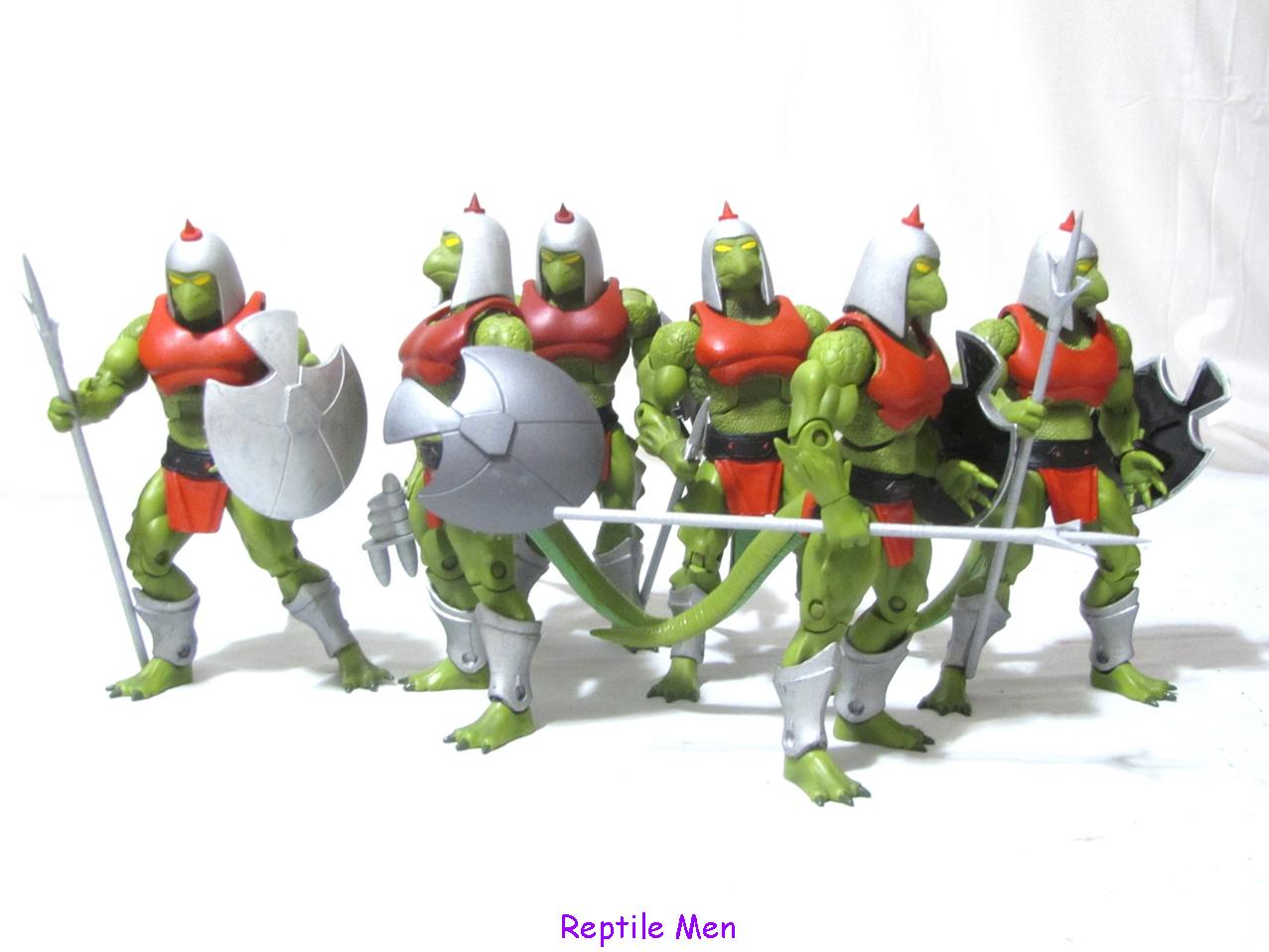 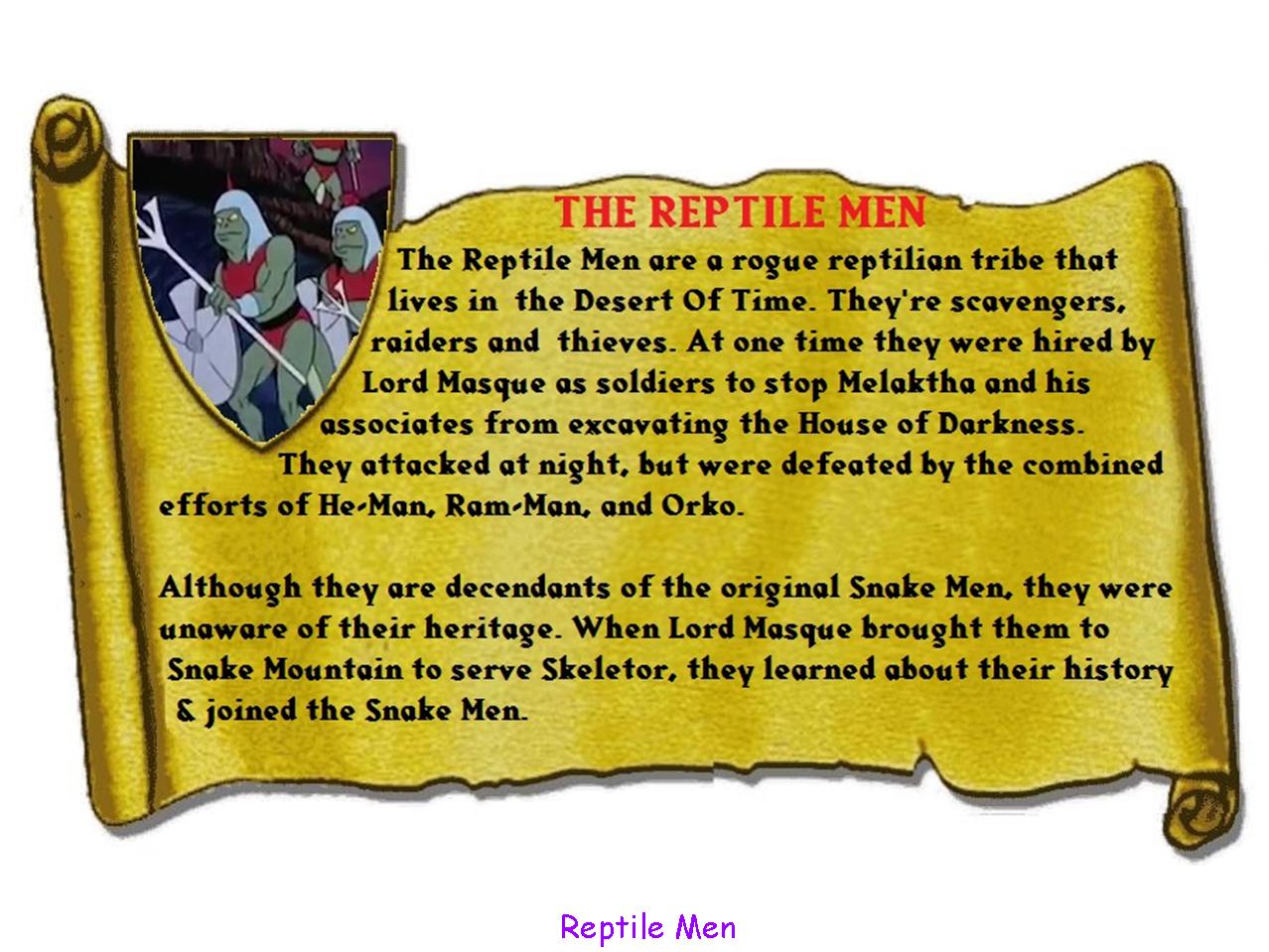 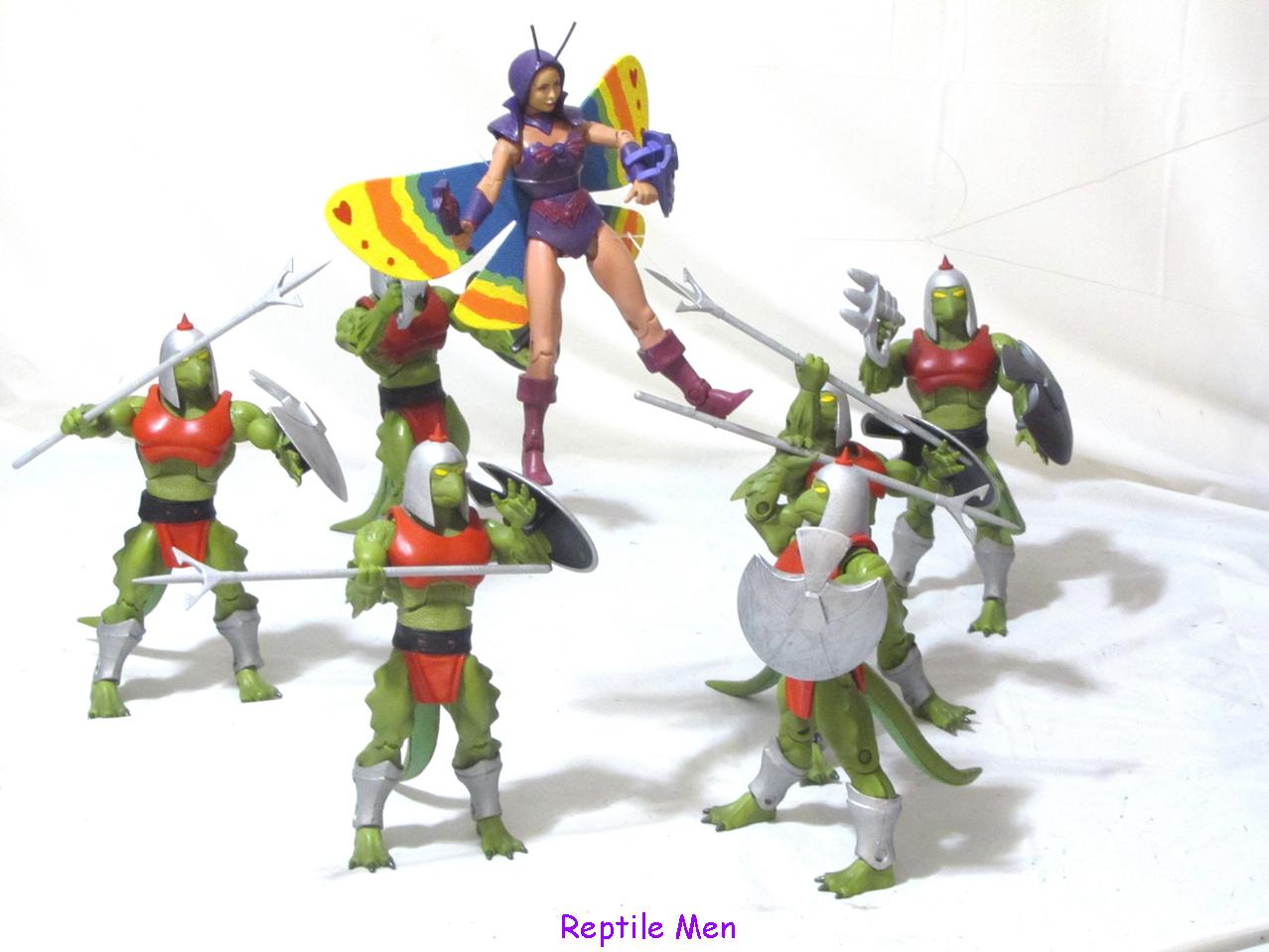 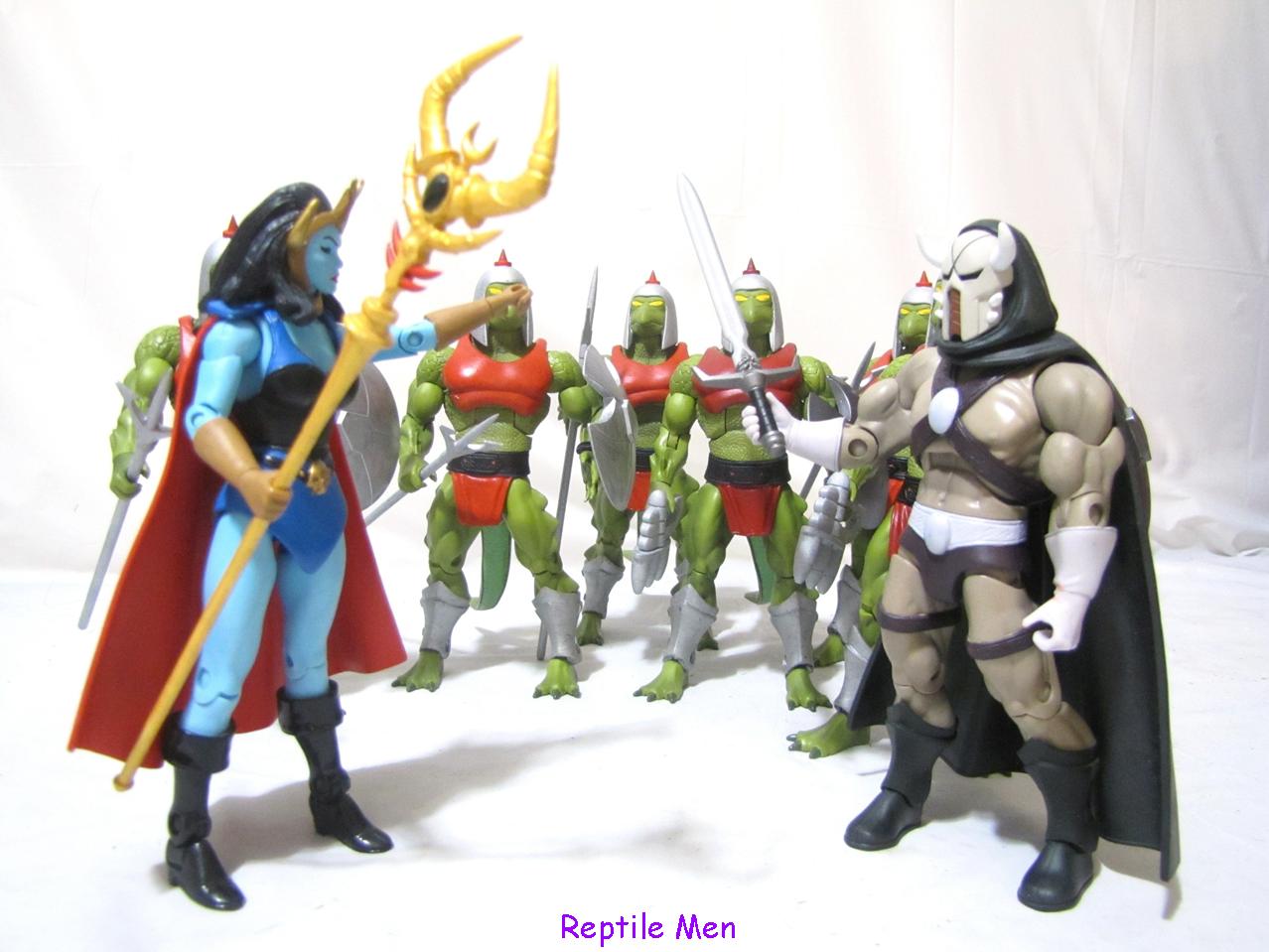 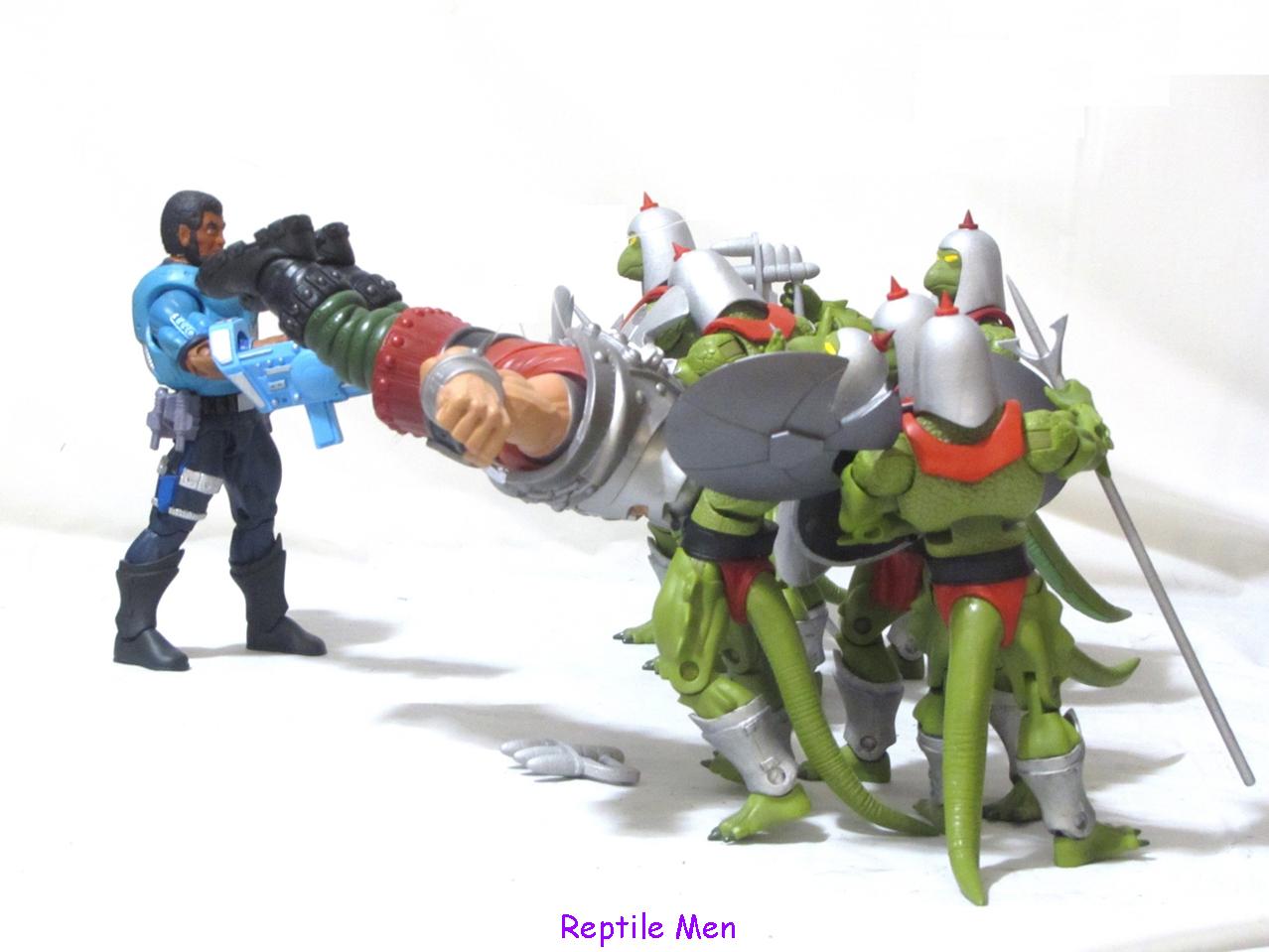 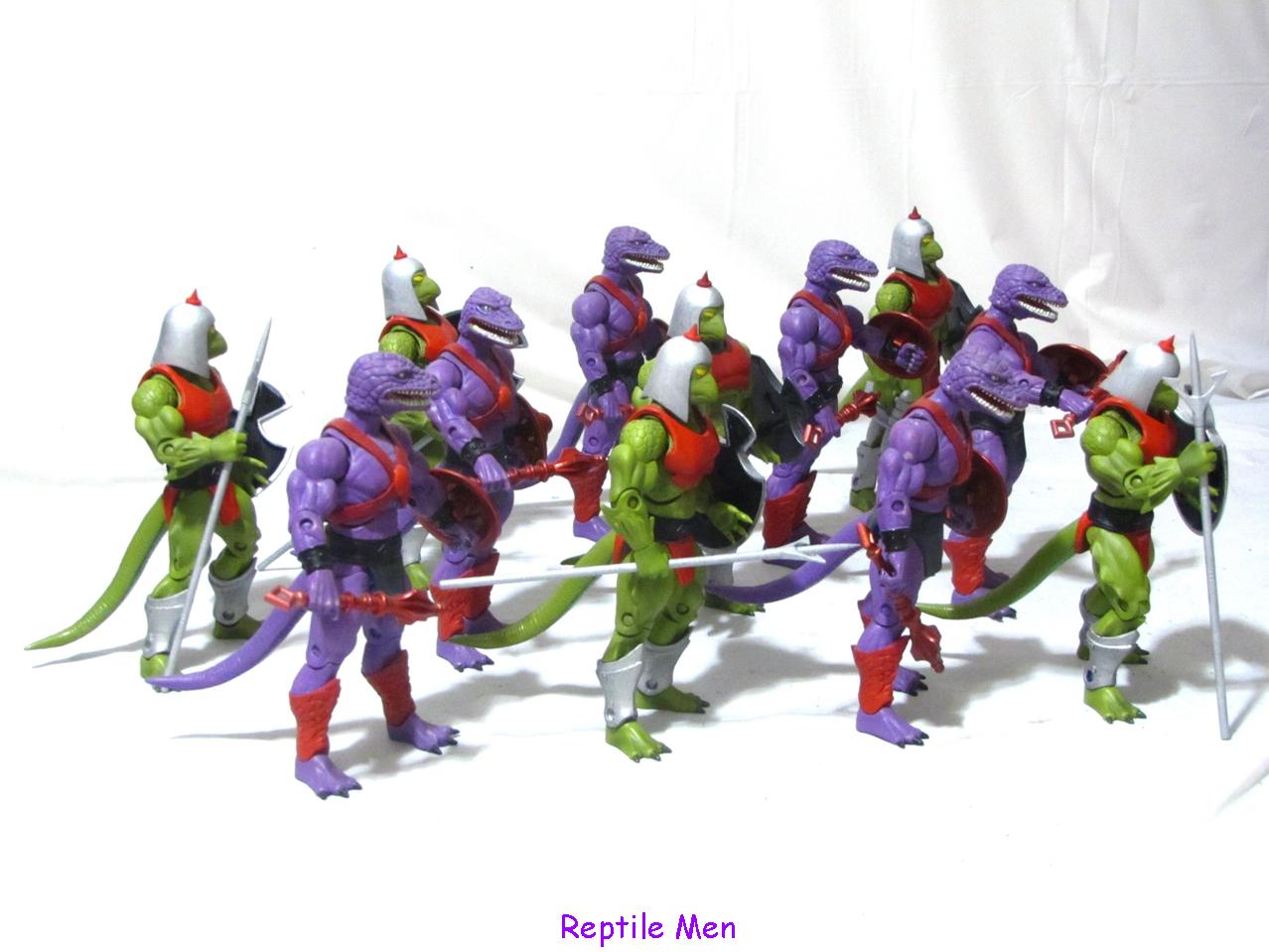 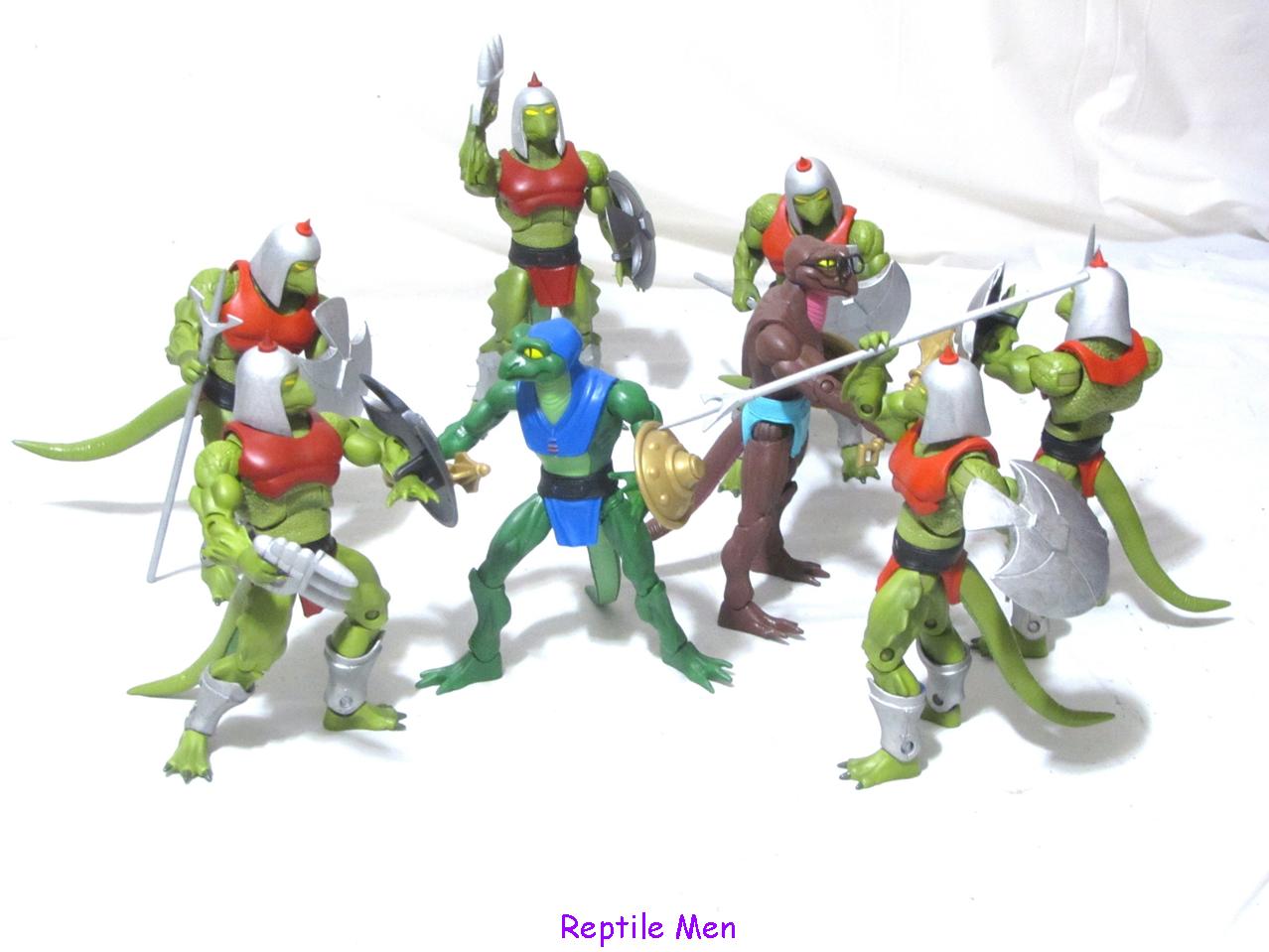 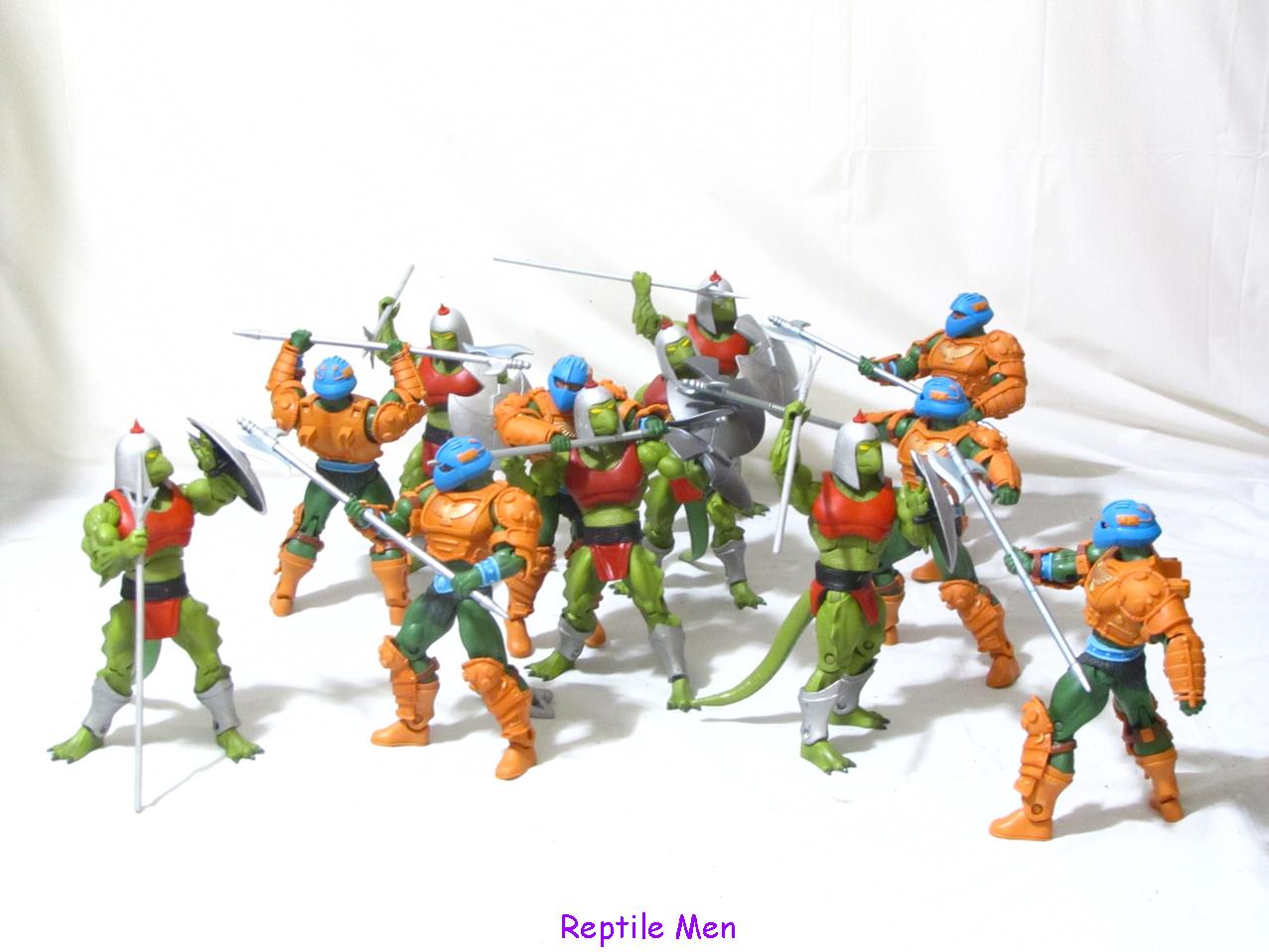 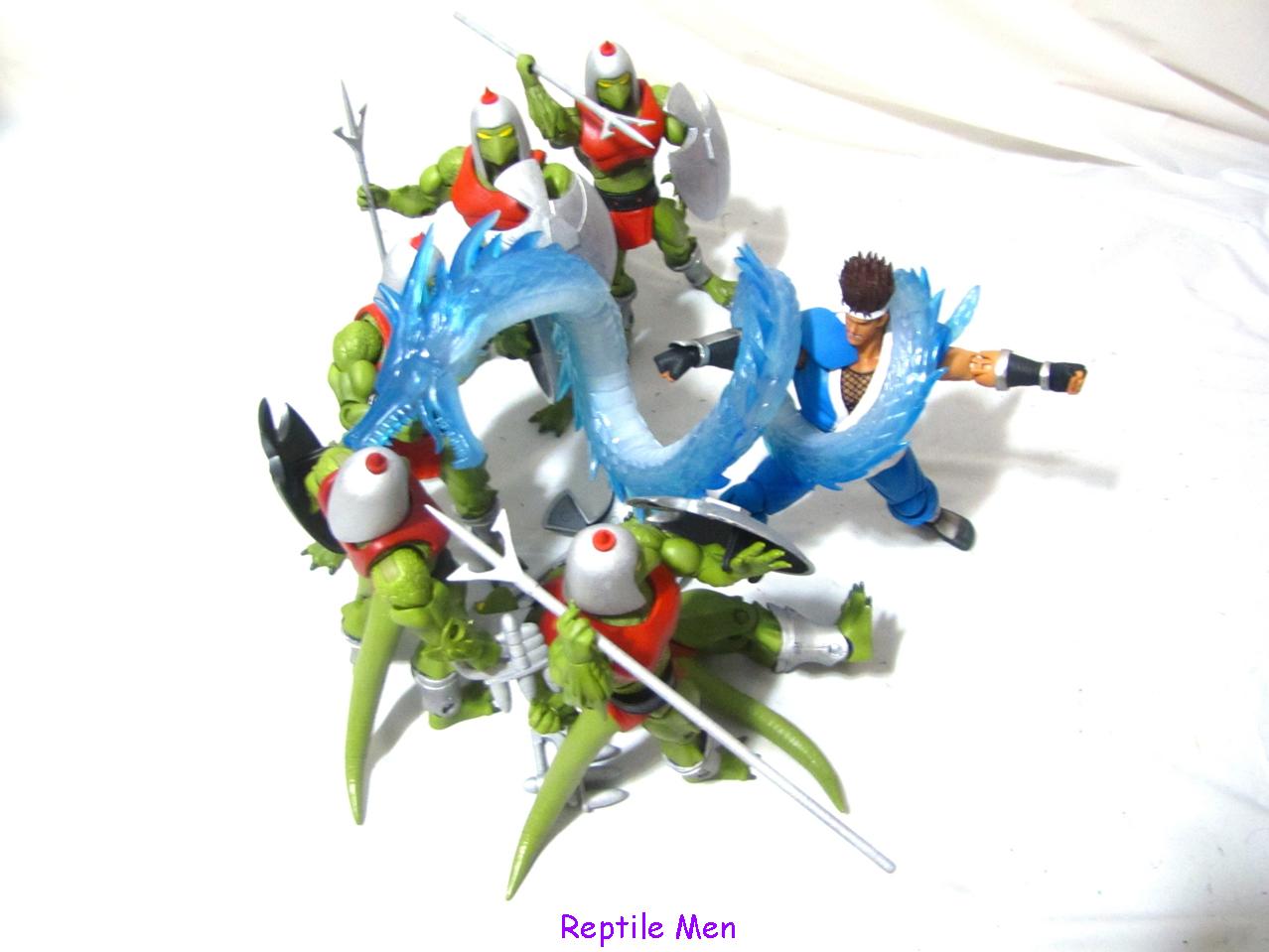 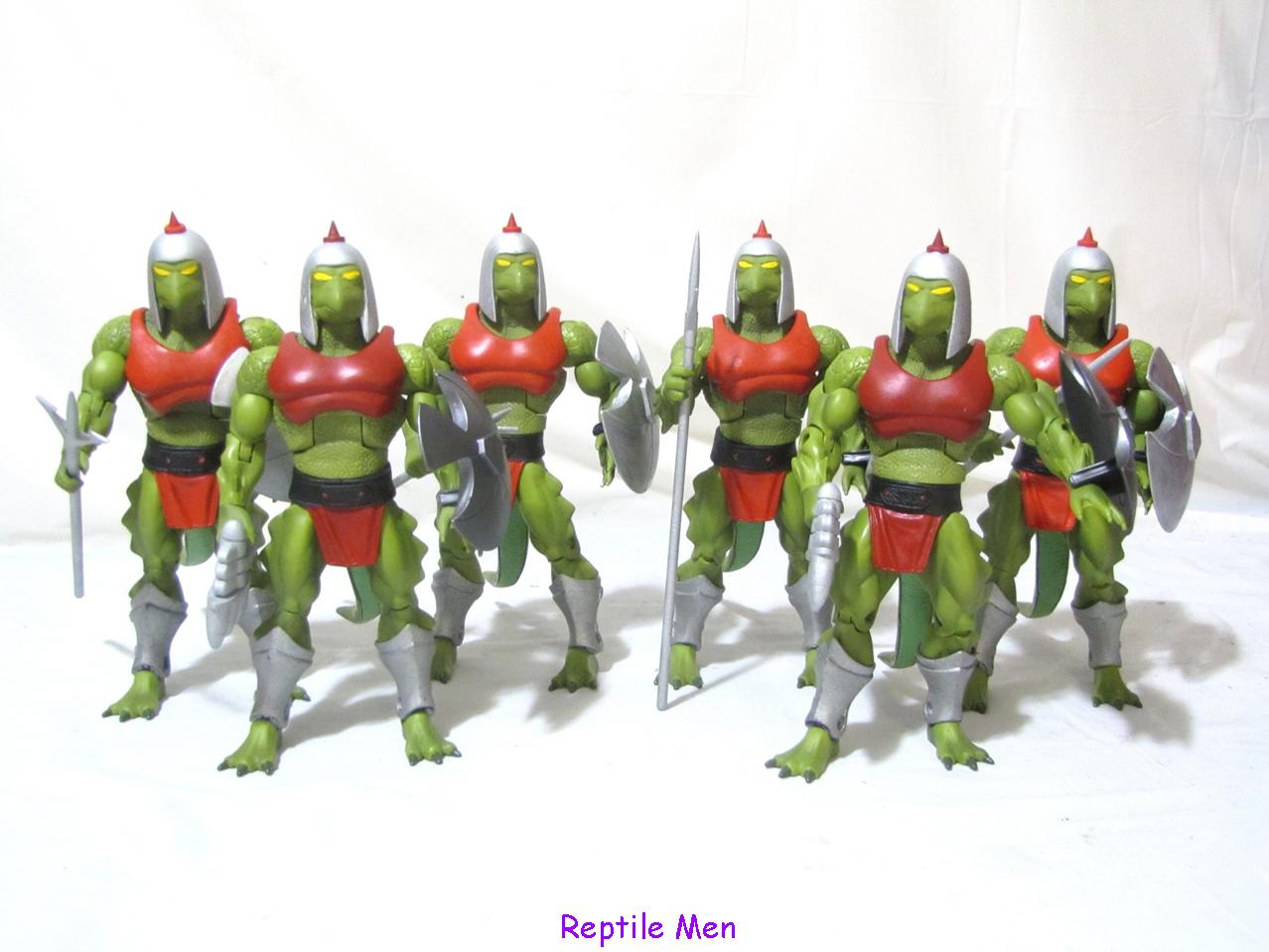 The Reptile Men are a rogue reptilian tribe that lives in the Desert Of Time. They're scavengers, raiders and thieves. At one time they were hired by Lord Masque as soldiers to stop Melaktha and his associates from excavating the House of Darkness. They attacked at night, but were defeated by the combined efforts of He-Man, Ram Man, and Orko.

Although they are descendants of the original Snake Men they were unaware of their heritage. When Lord Masque brought them to Snake Mountain to serve Skeletor, they learned about their history & joined the Snake Men.

Posted by PhantomZodak at 9:44 PM No comments: