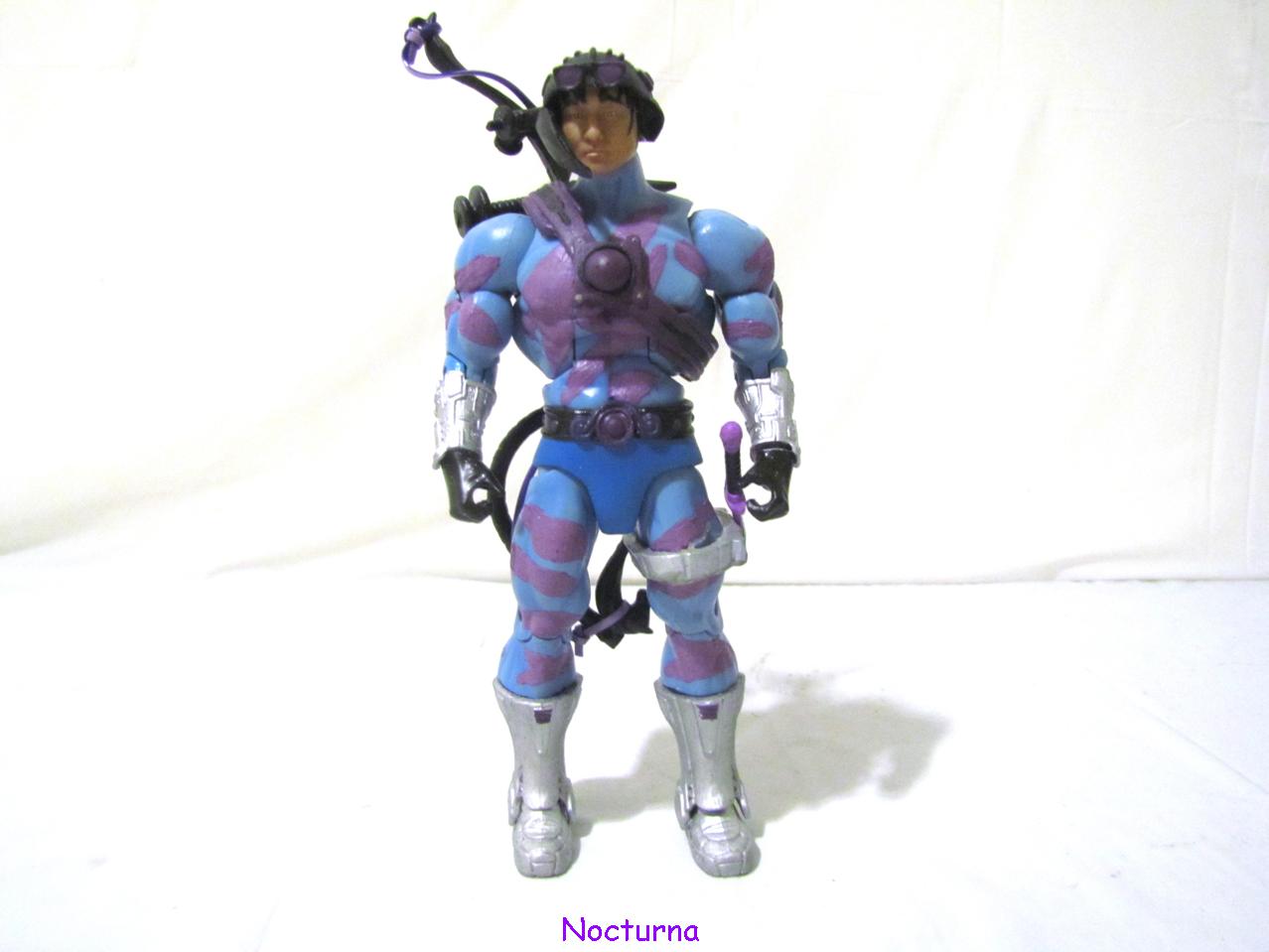 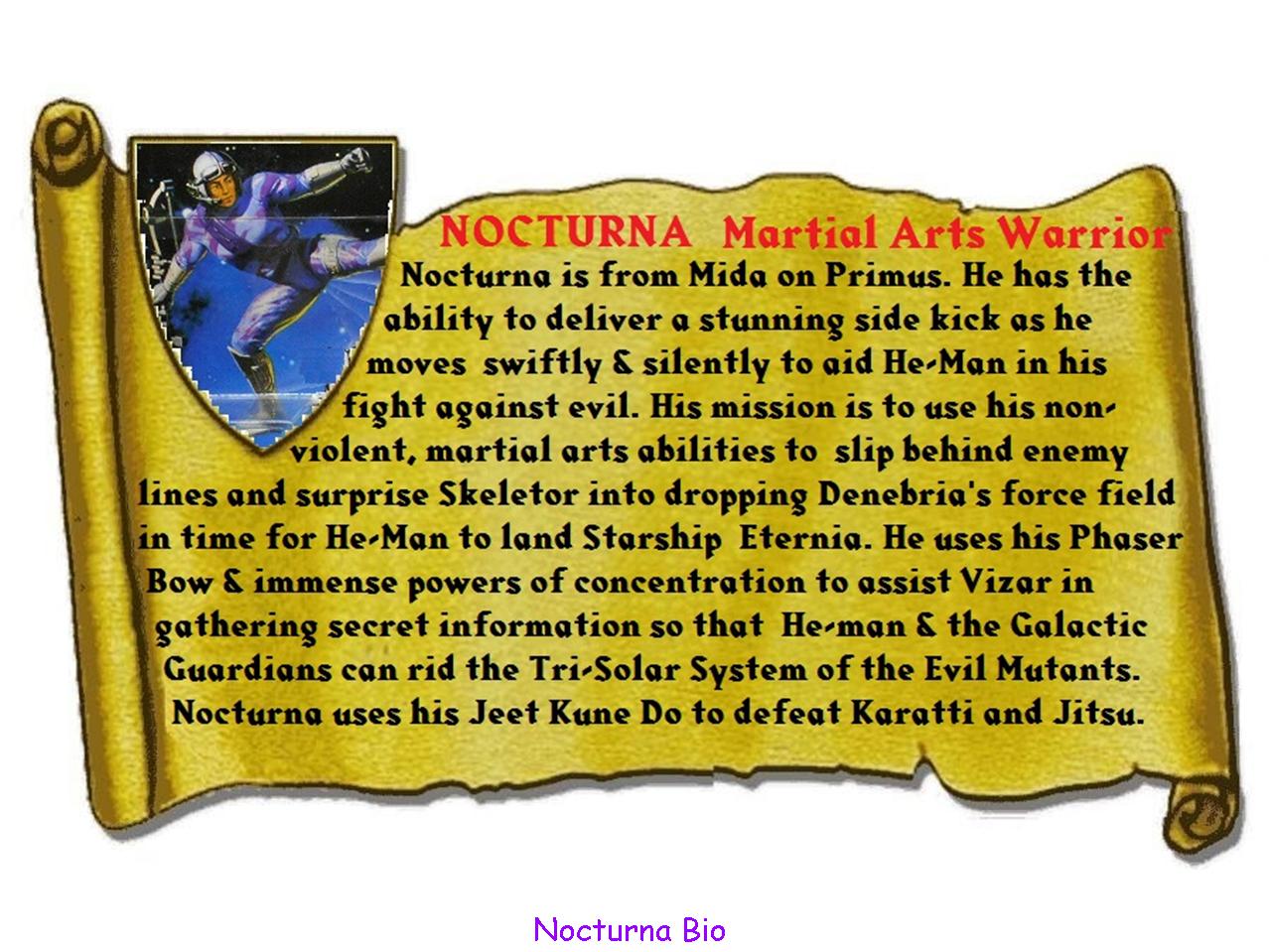 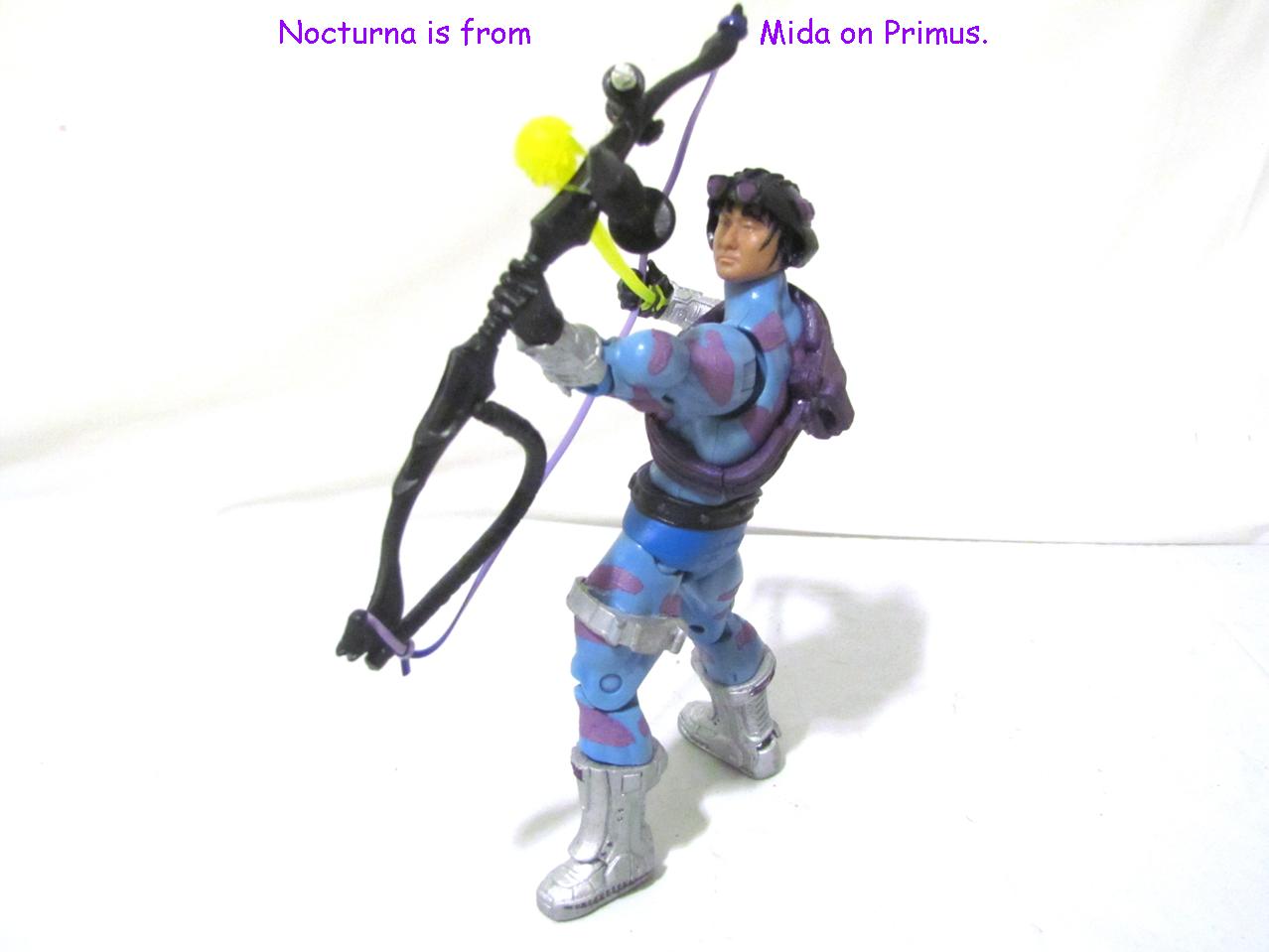 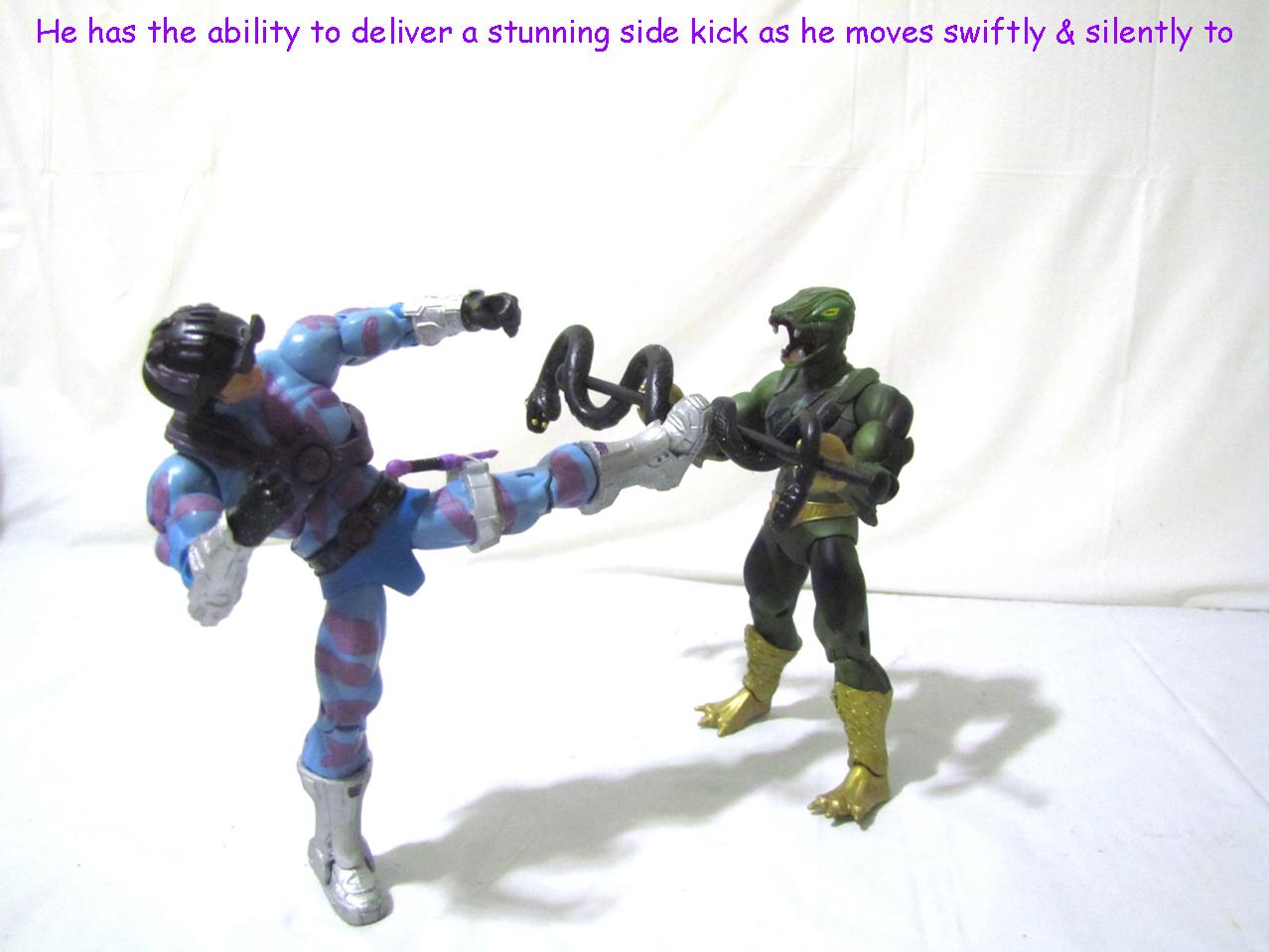 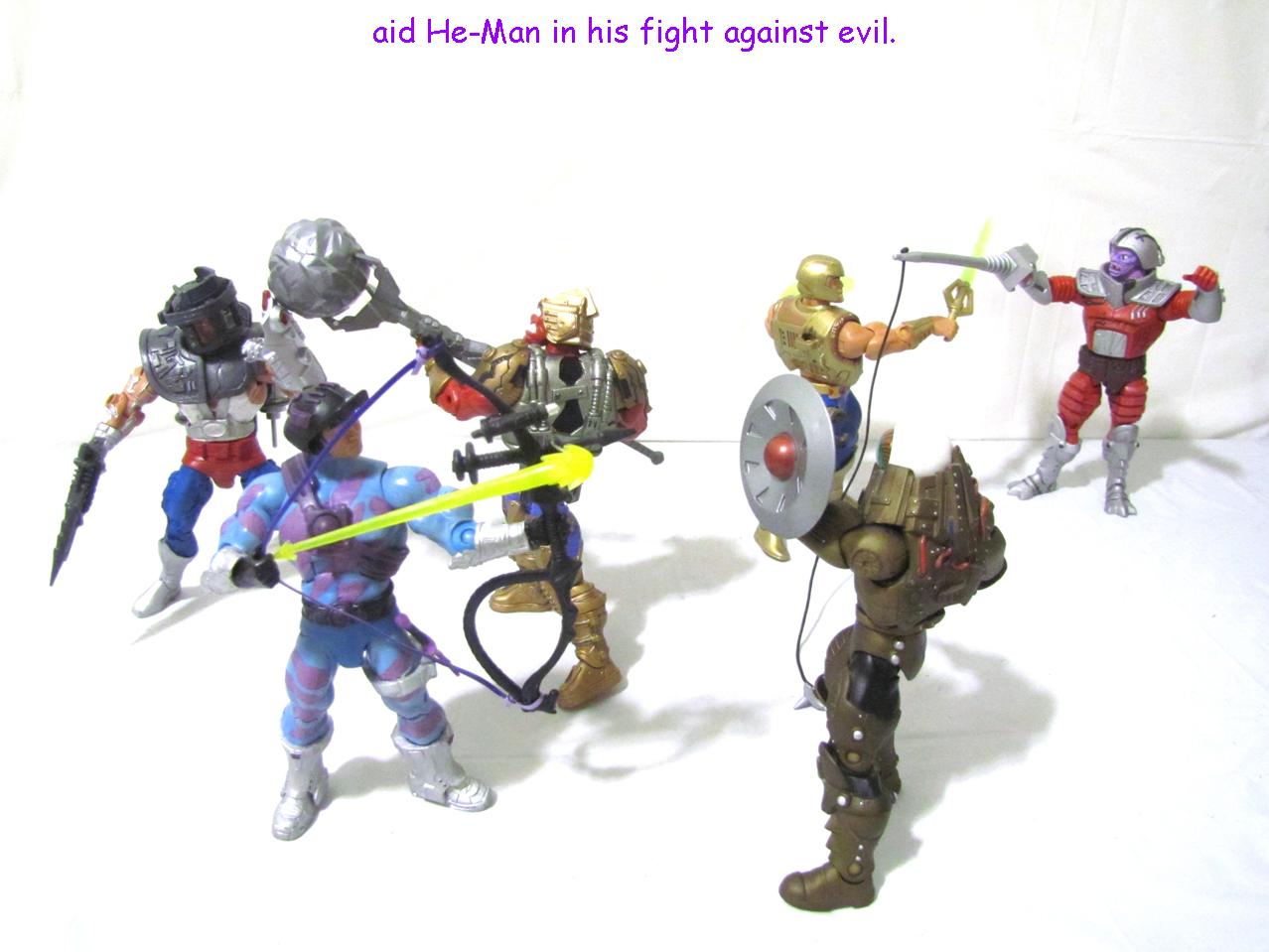 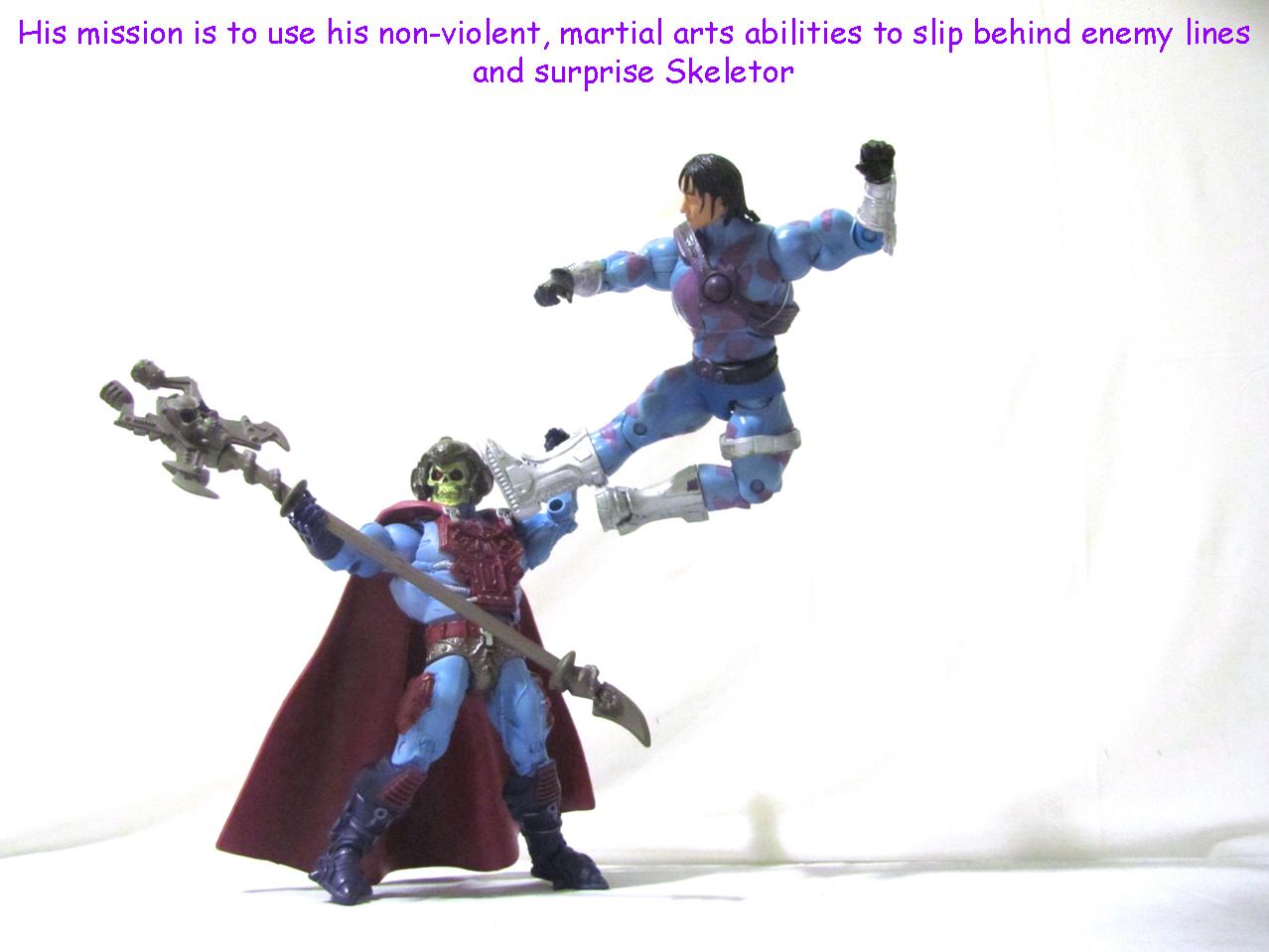 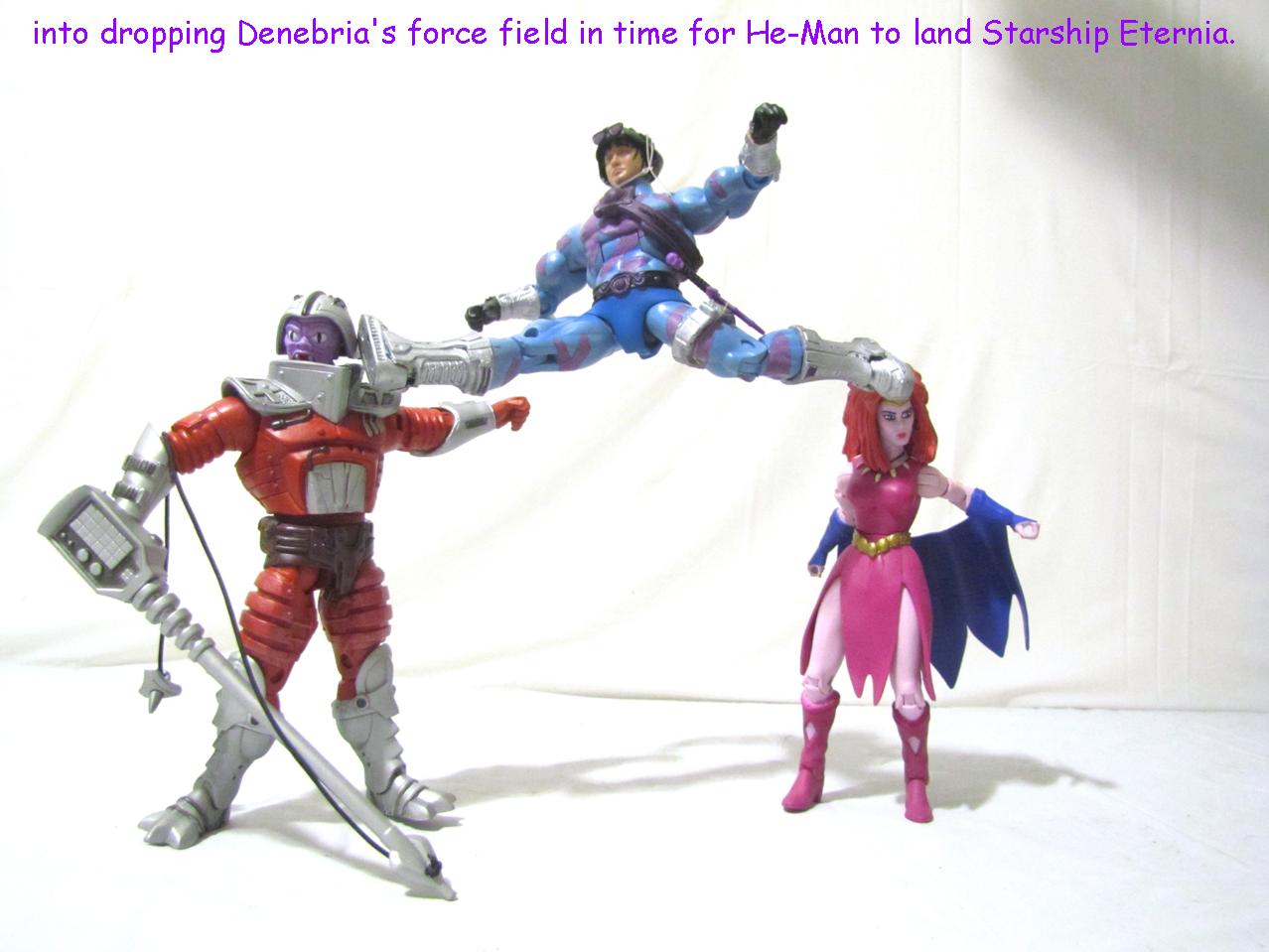 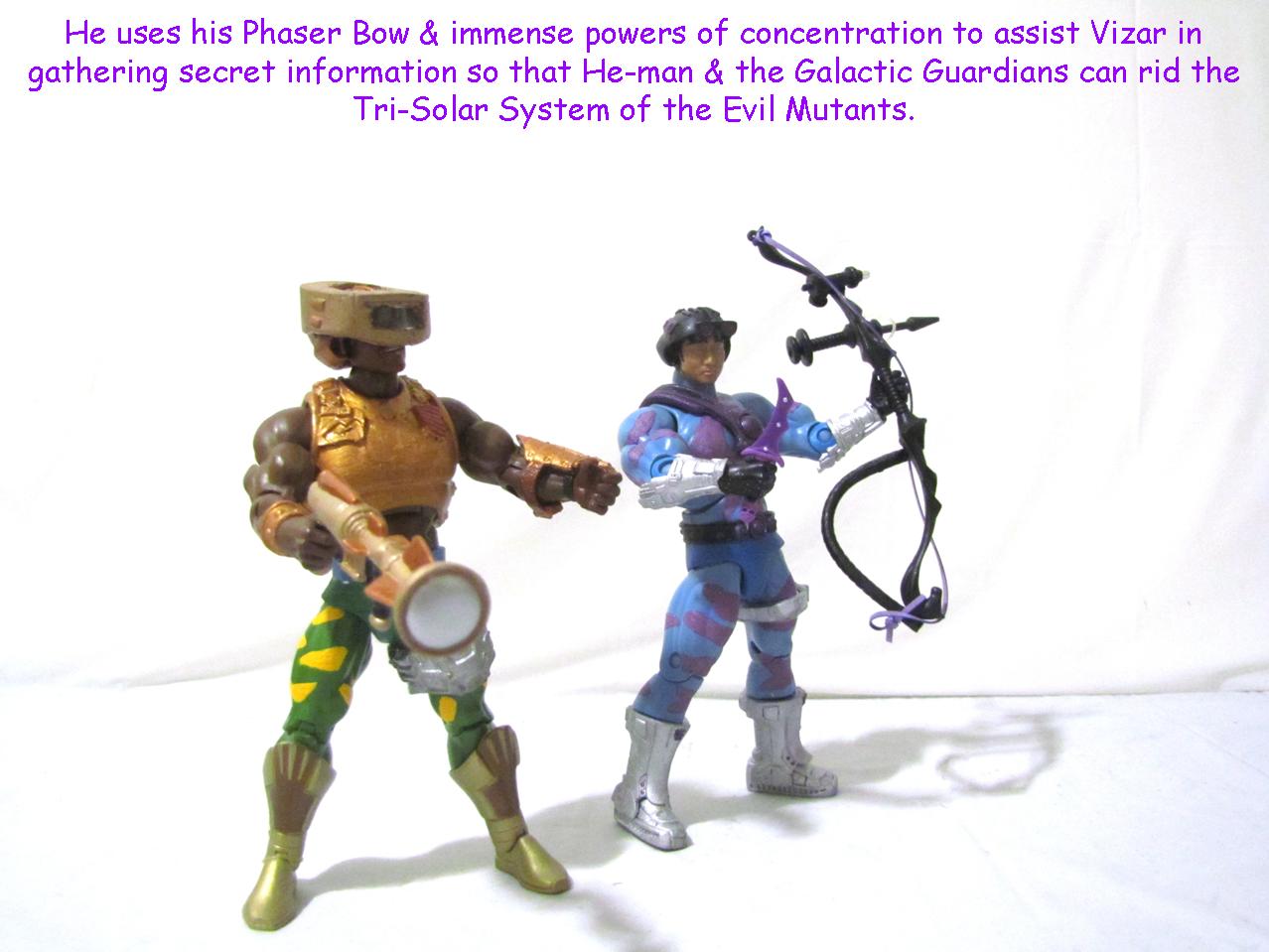 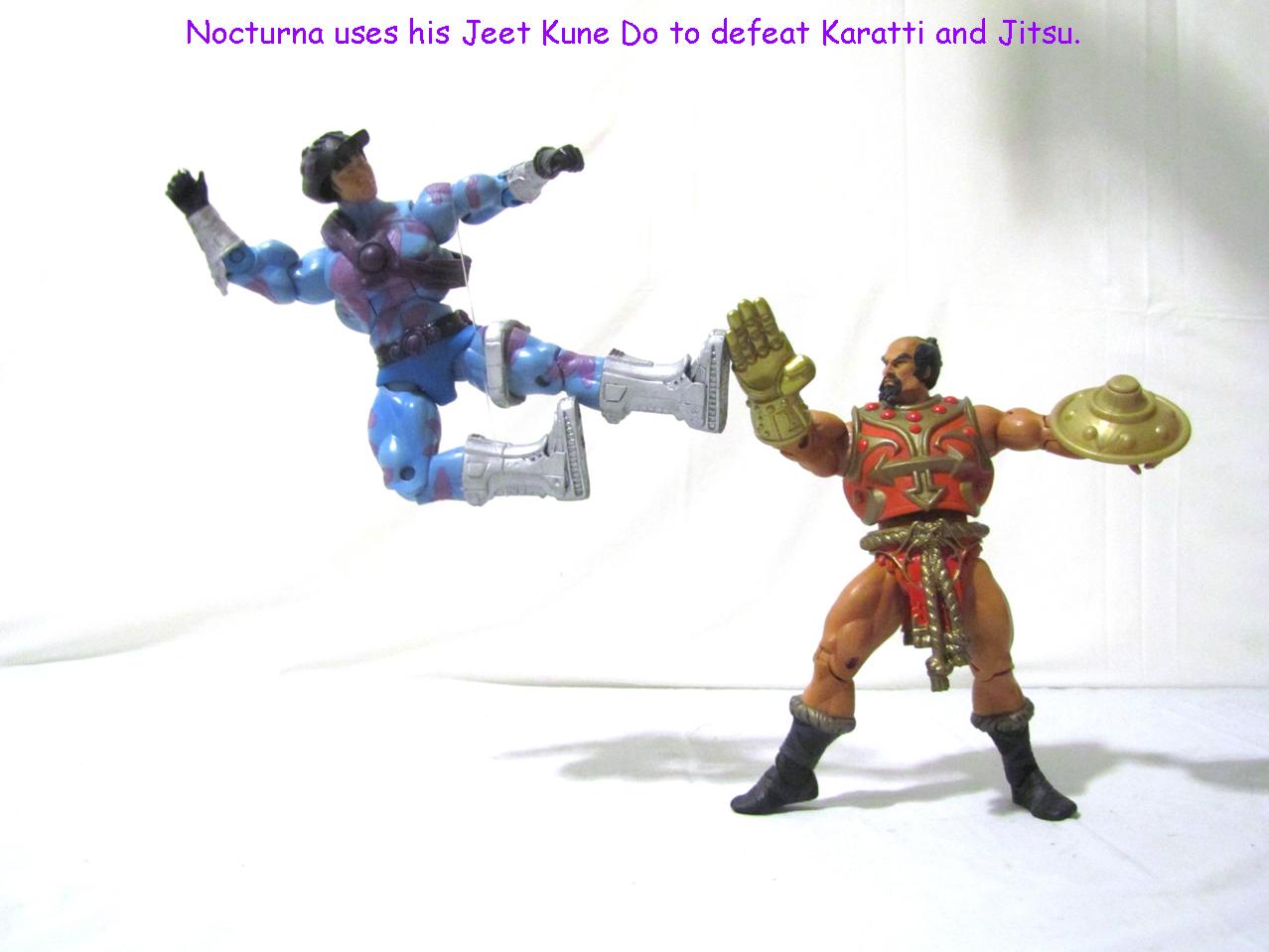 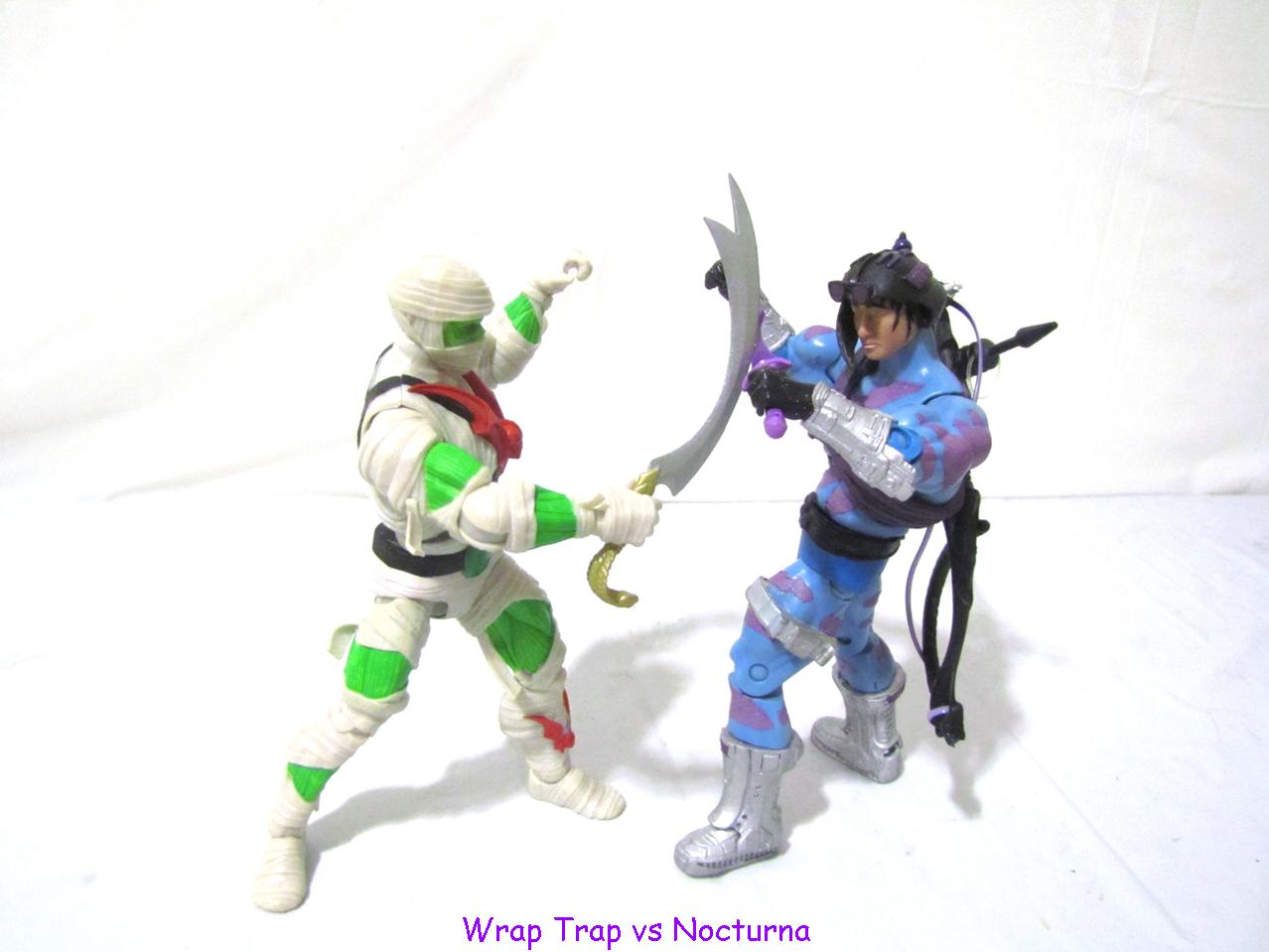 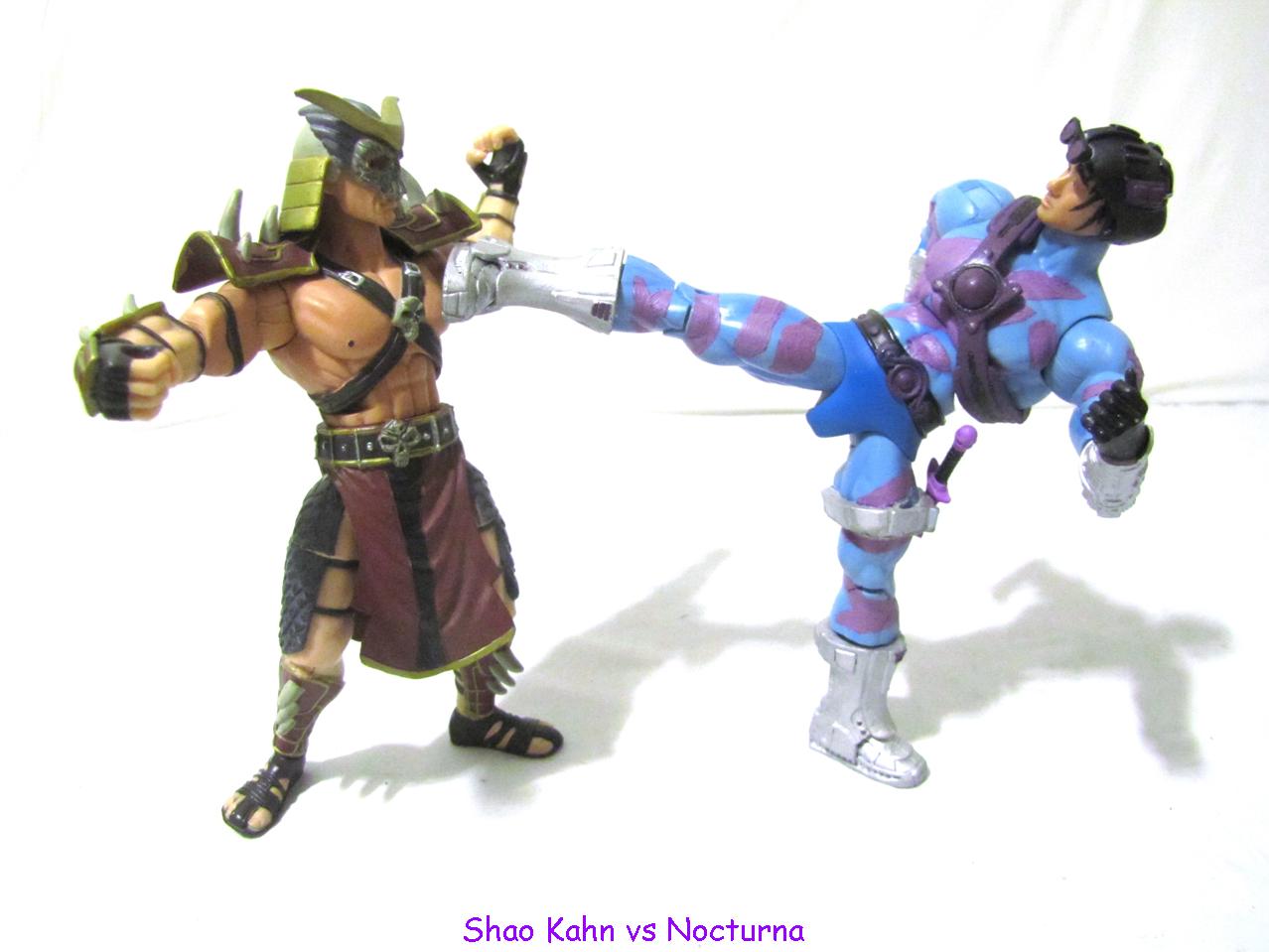 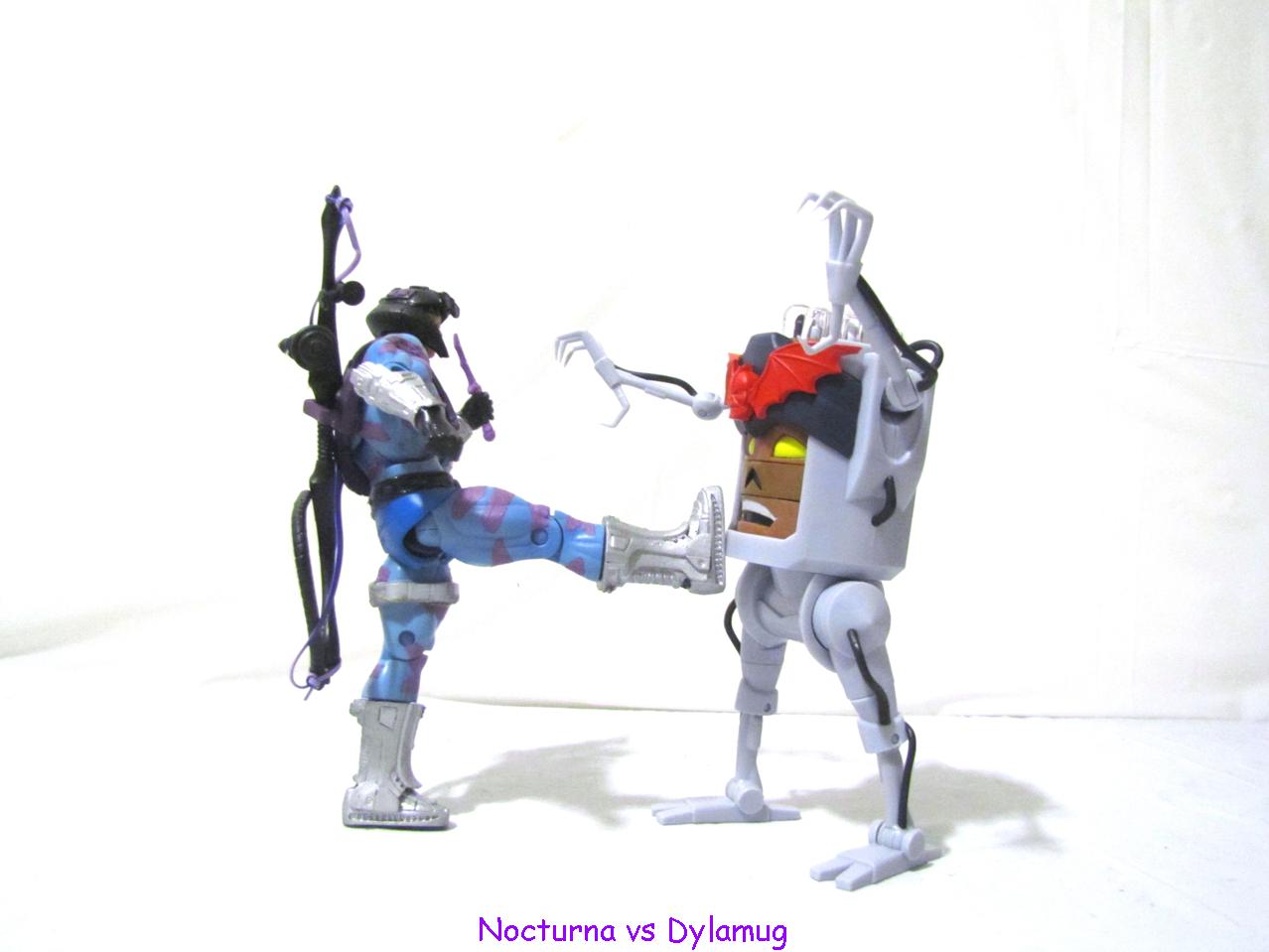 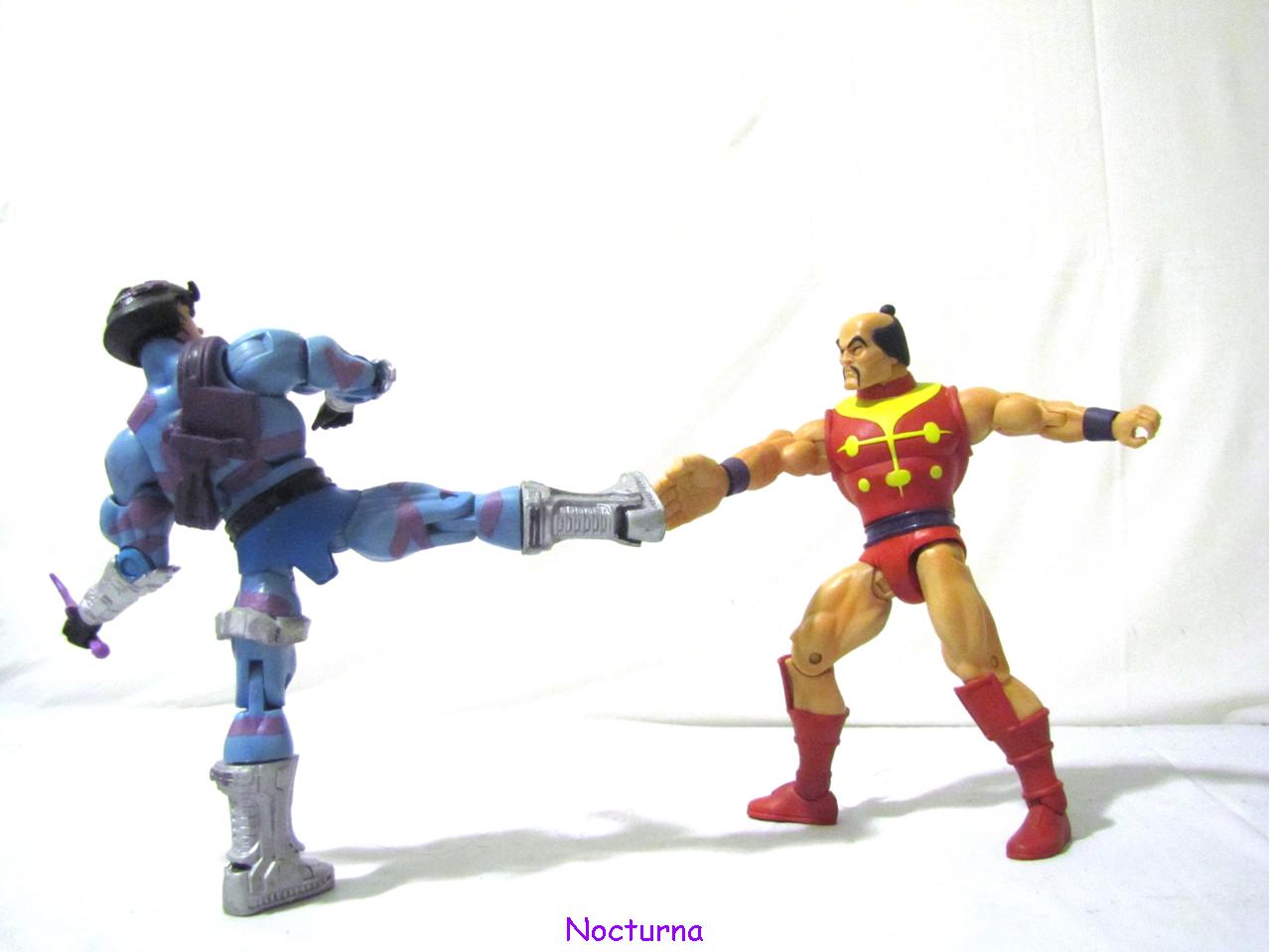 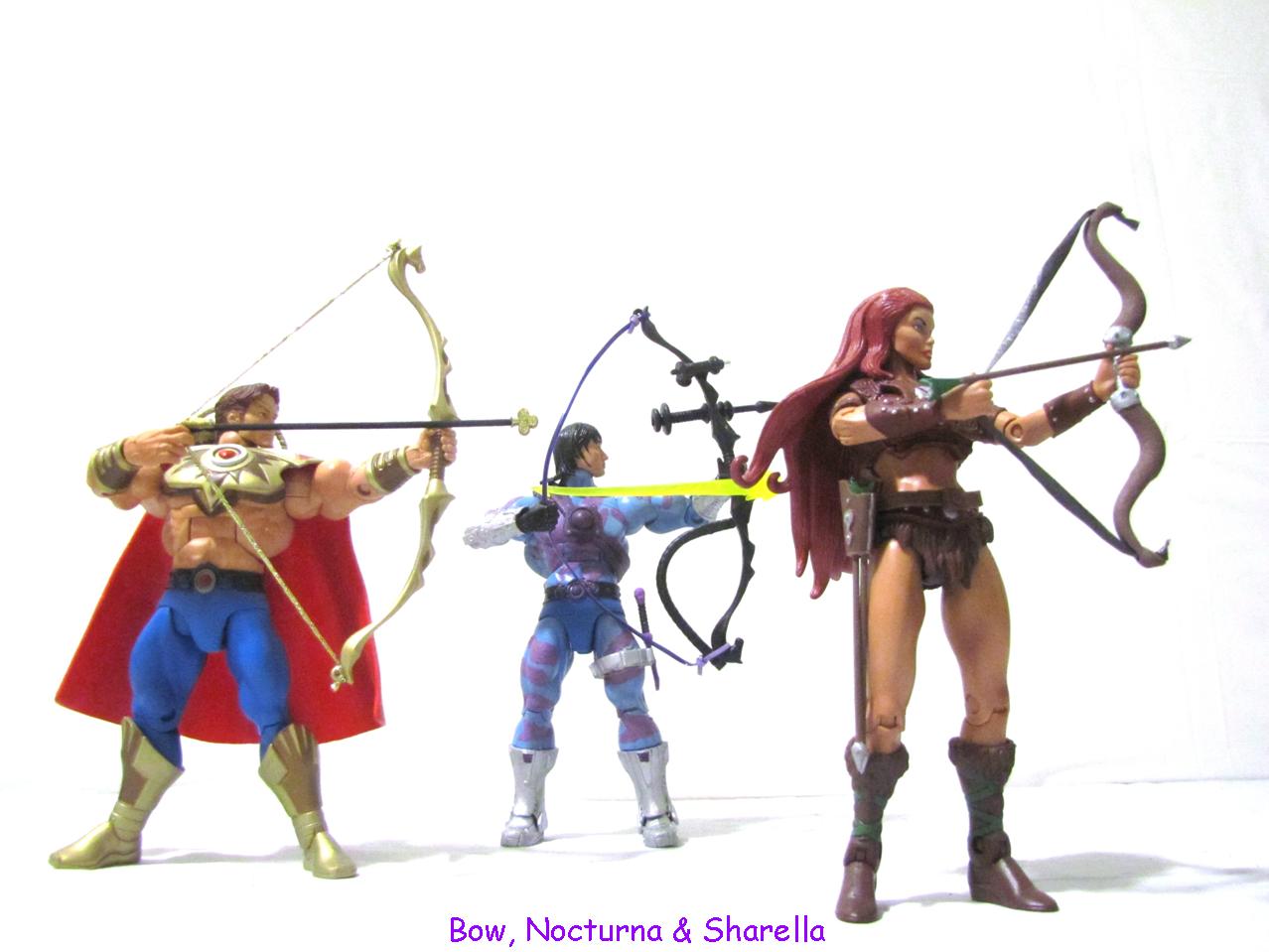 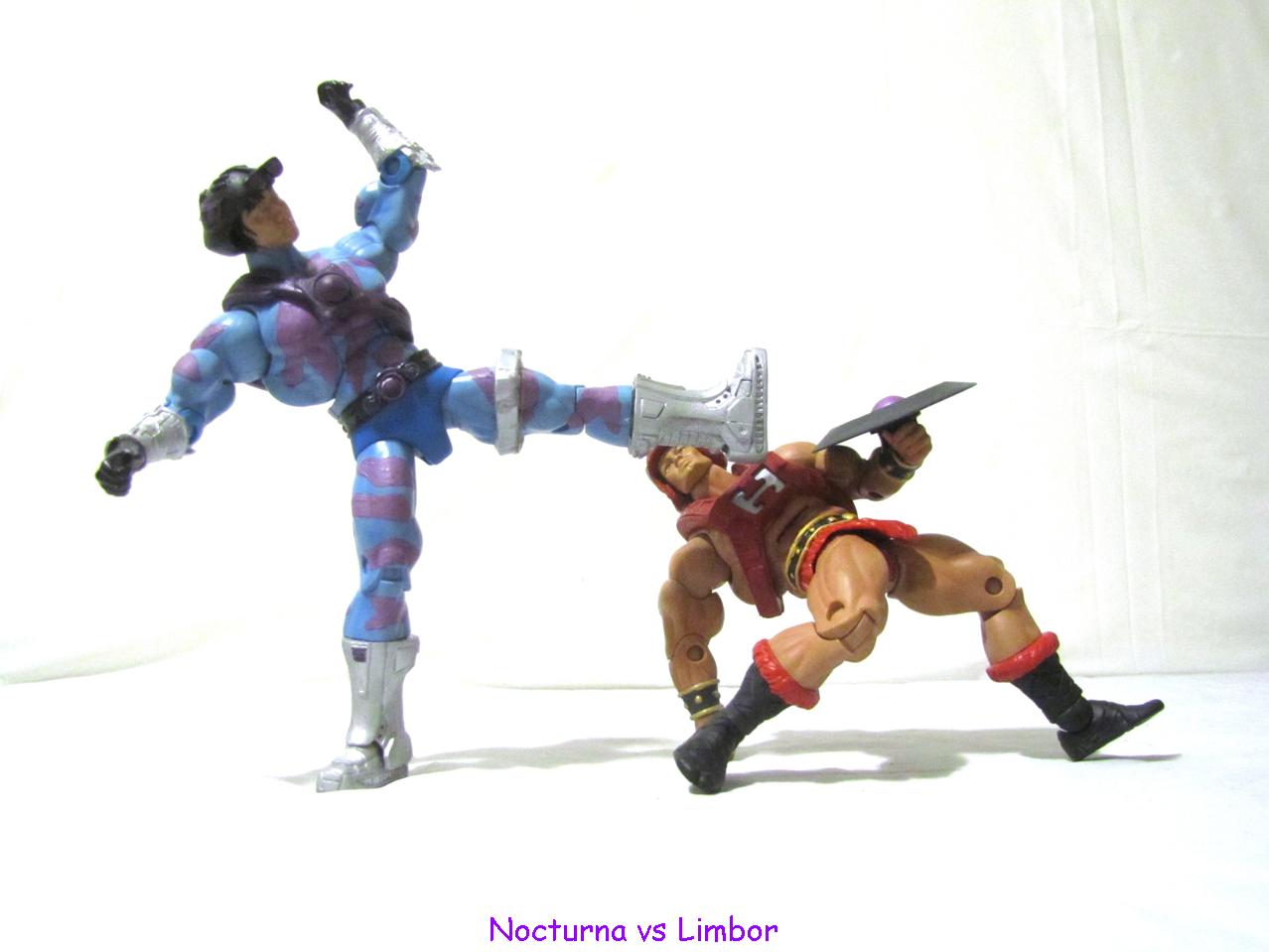 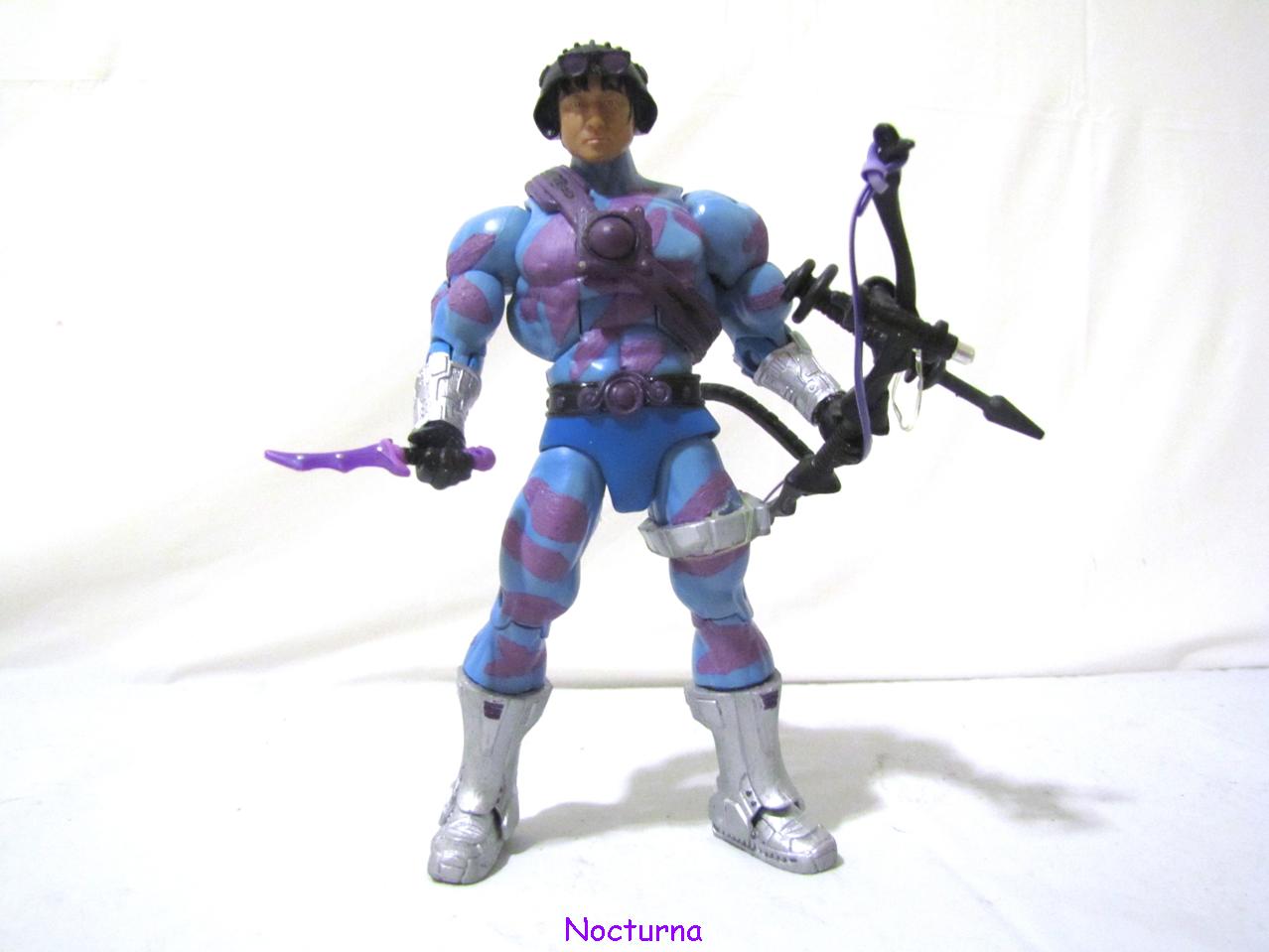 Another custom for the 30th anniversary of New Adventures: Galactic Protector Nocturna. I also made that Sharella & that Limbor.

Nocturna is from Mida on Primus. He has the ability to deliver a stunning side kick as he moves swiftly & silently to aid He-Man in his fight against evil. His mission is to use his non-violent, martial arts abilities to slip behind enemy lines and surprise Skeletor into dropping Denebria's force field in time for He-Man to land Starship Eternia. He uses his Phaser Bow & immense powers of concentration to assist Vizar in gathering secret information so that He-man & the Galactic Guardians can rid the Tri-Solar System of the Evil Mutants. Nocturna uses his Jeet Kune Do to defeat Karatti and Jitsu.
Posted by PhantomZodak at 6:23 PM No comments: