I bought the mini-comic snake men heads from Orsogranito. They were in the vintage mini-comic King of the Snake Men. The Bionatops hunter was in the Classics mini-comic The Powers of Grayskull: He-Ro Unleashed. The Rattlesnake Mountain Ring guard was in the MOTWWEU Goldberg mini-comic. I also made Jailor & the Galactic Guards. 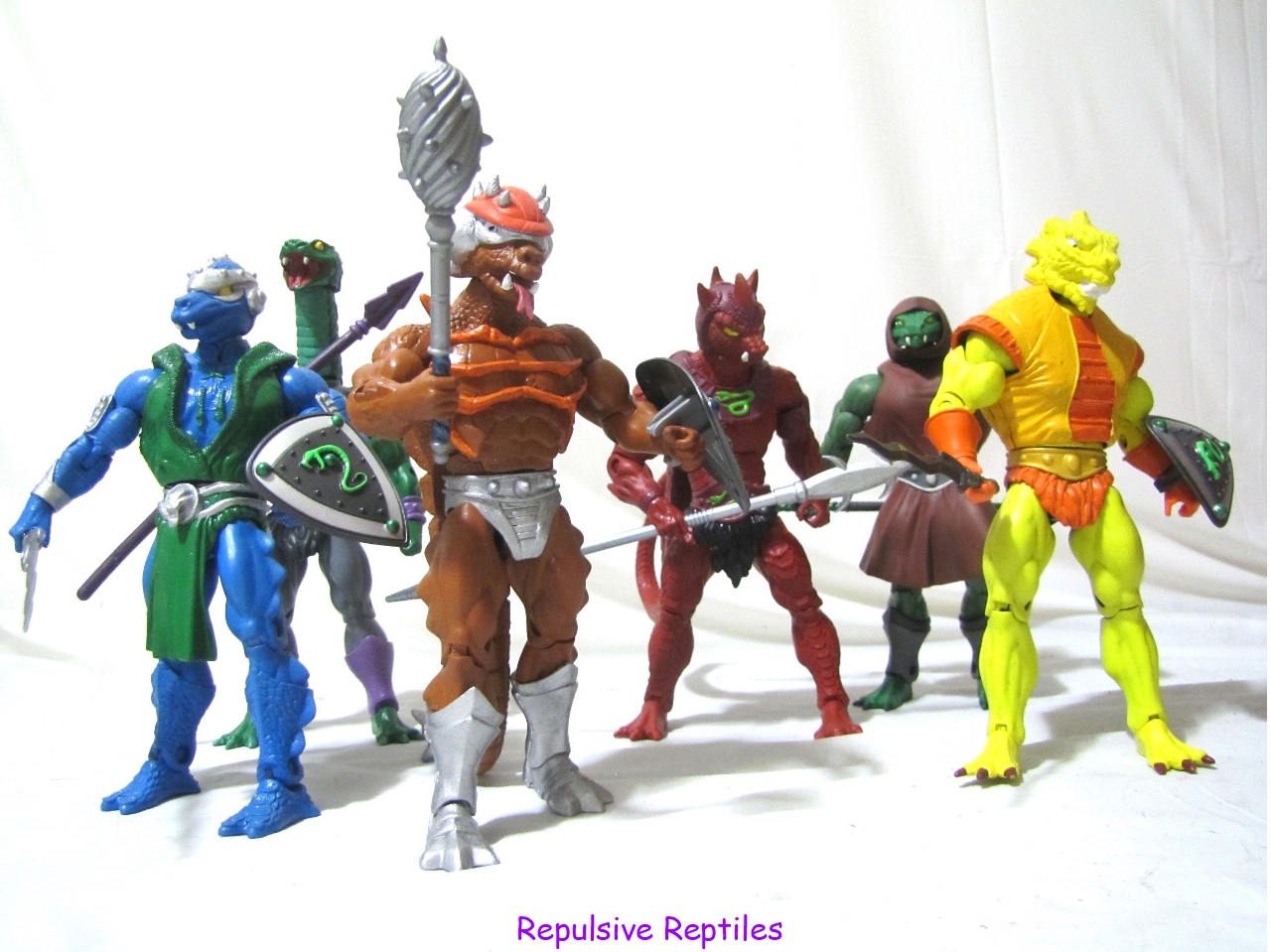 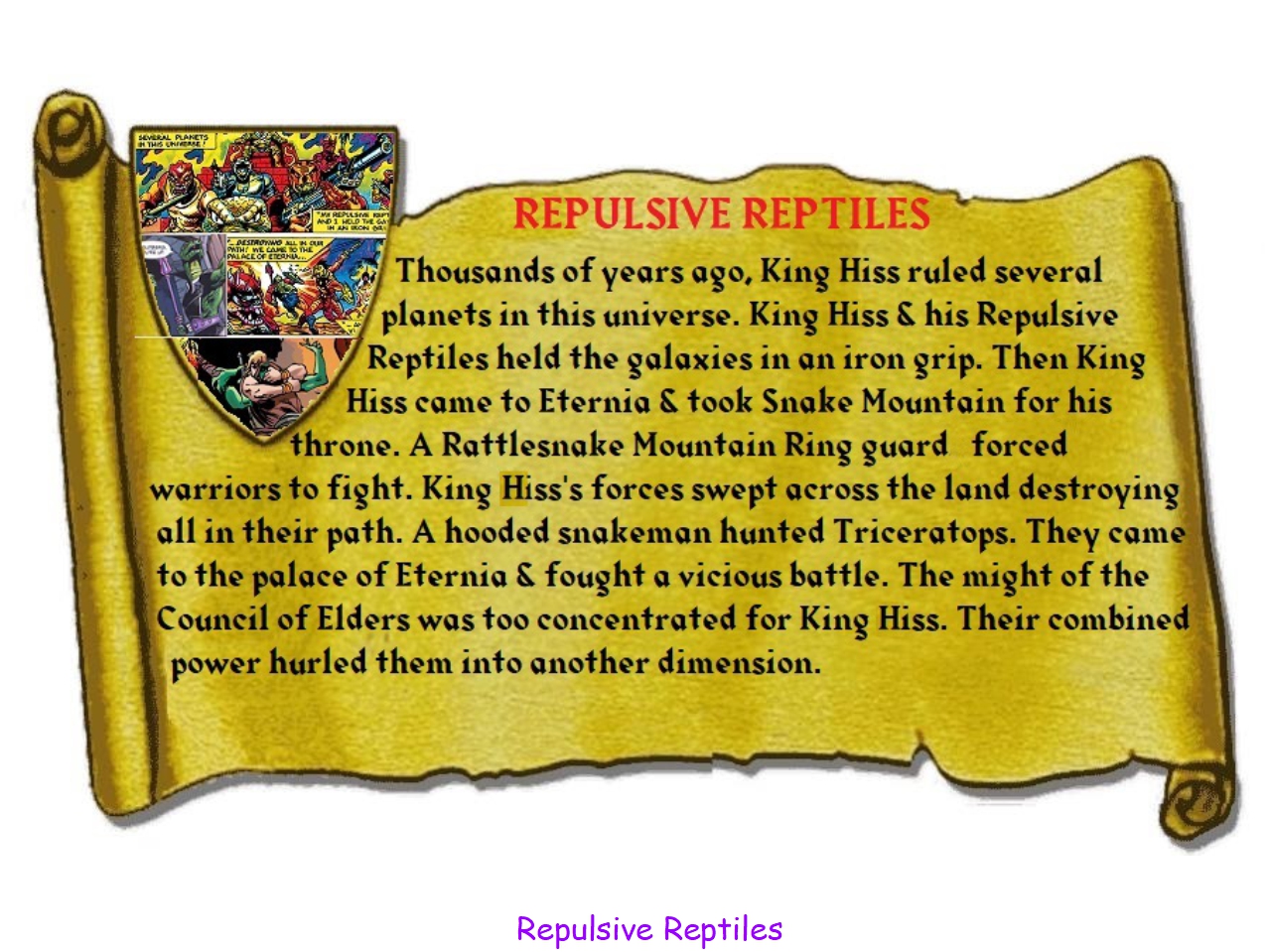 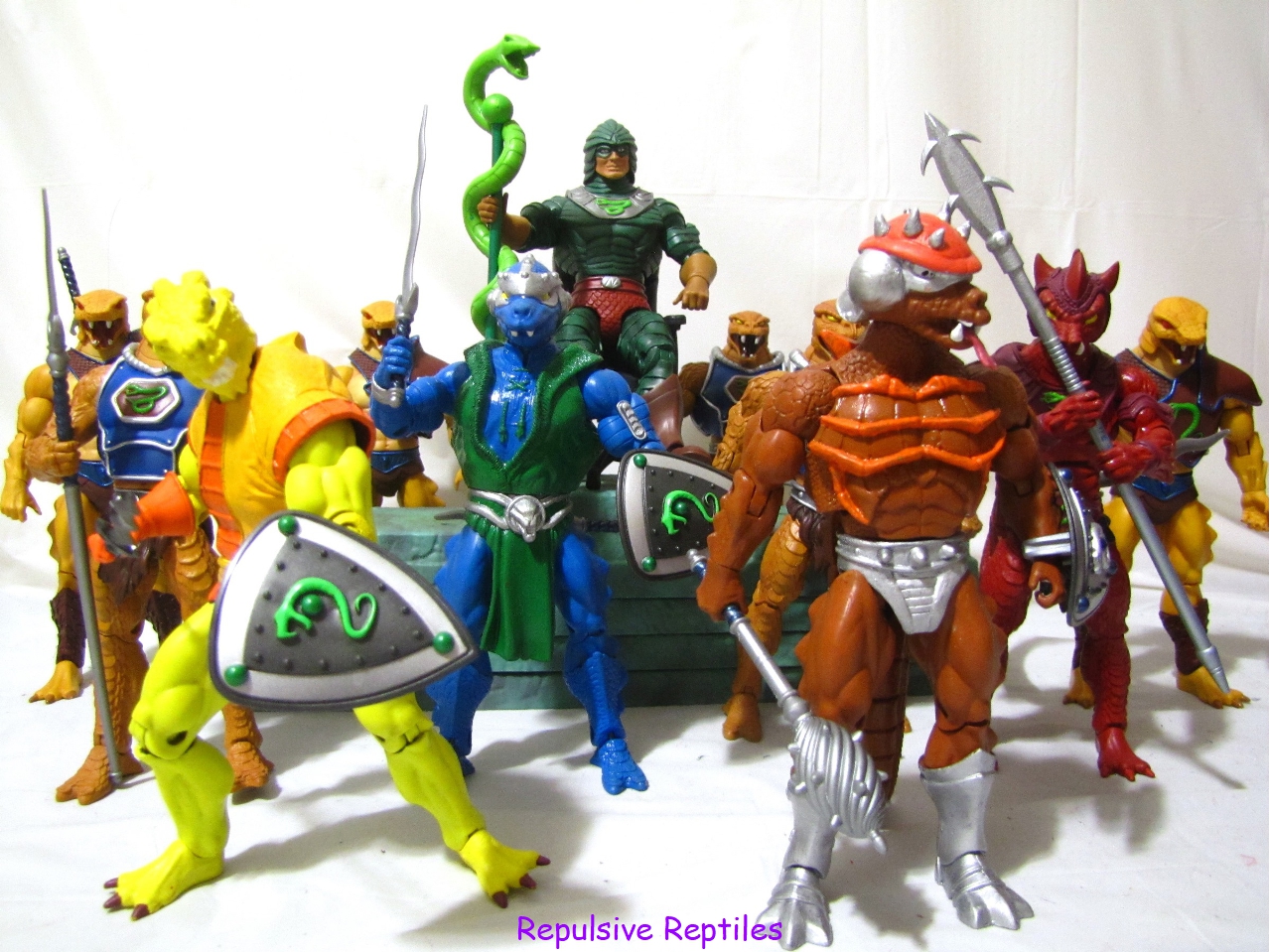 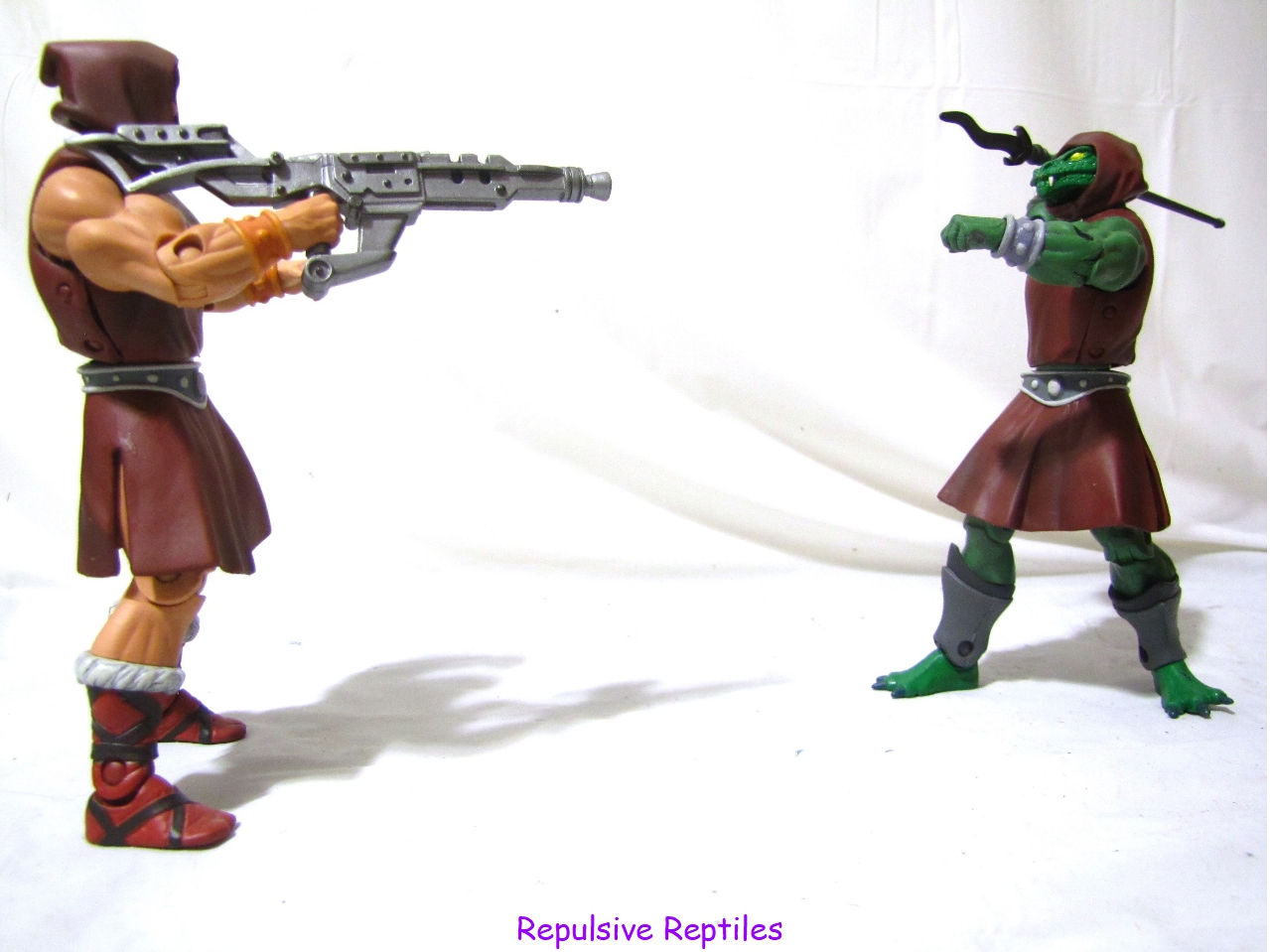 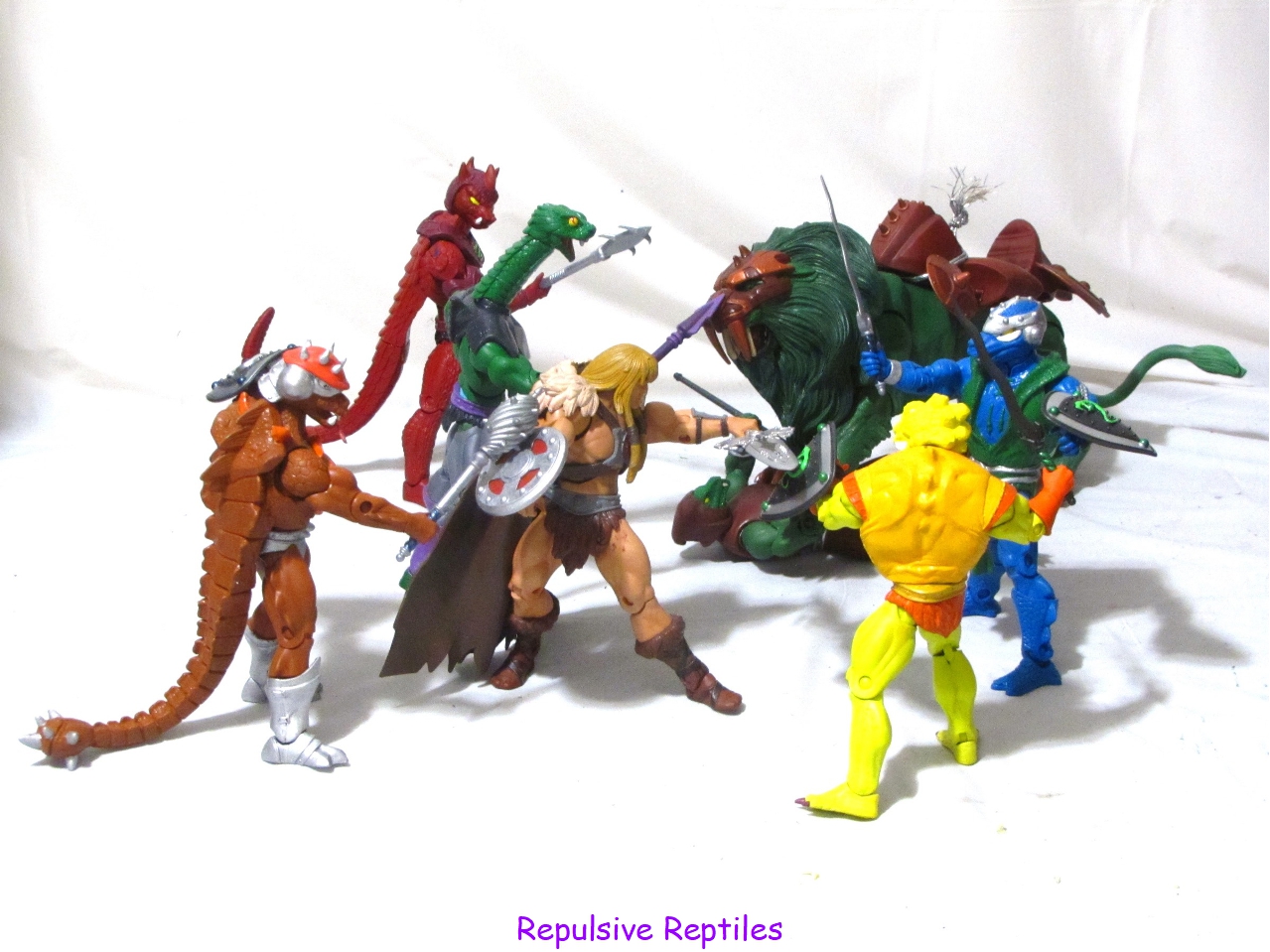 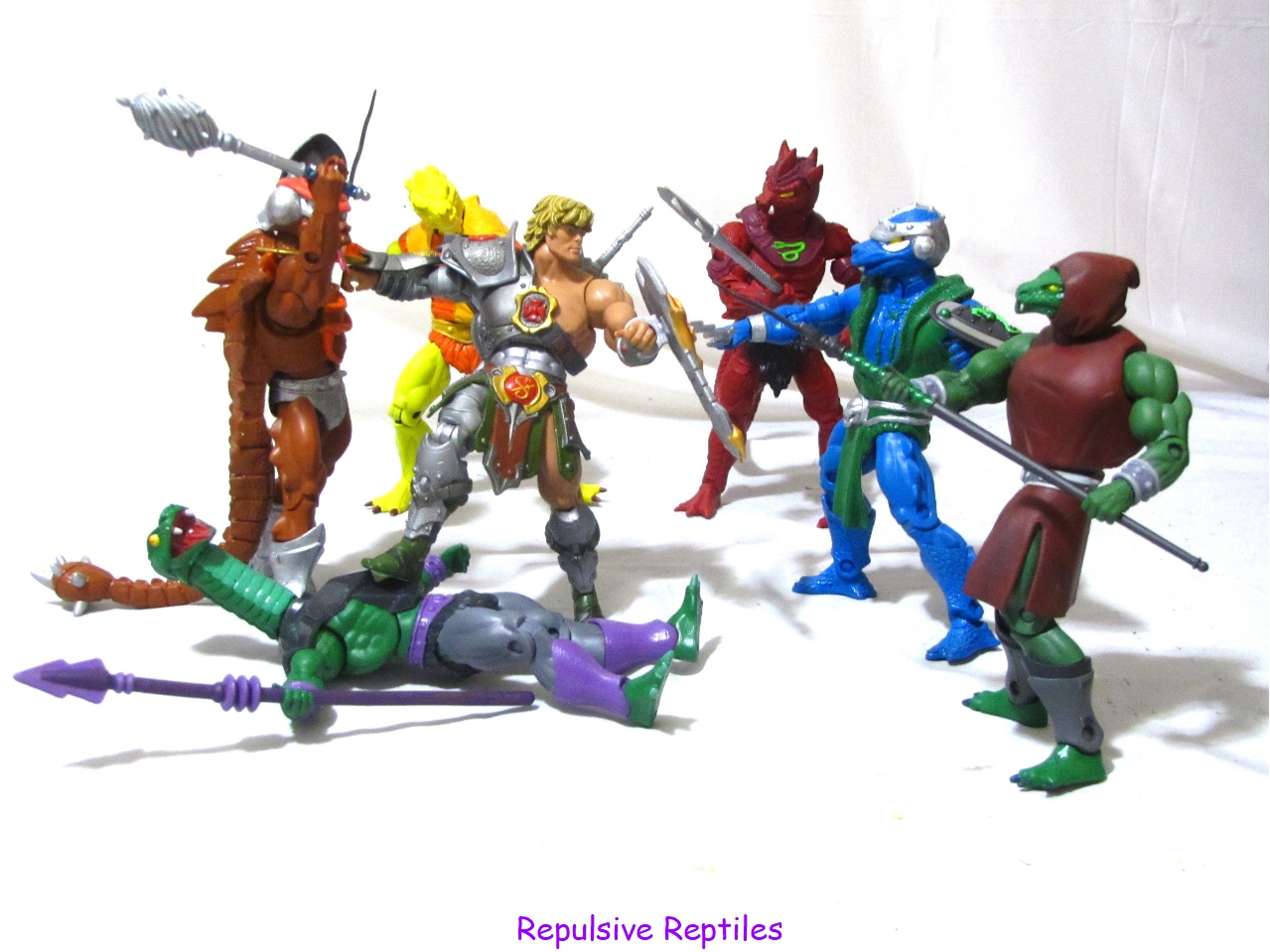 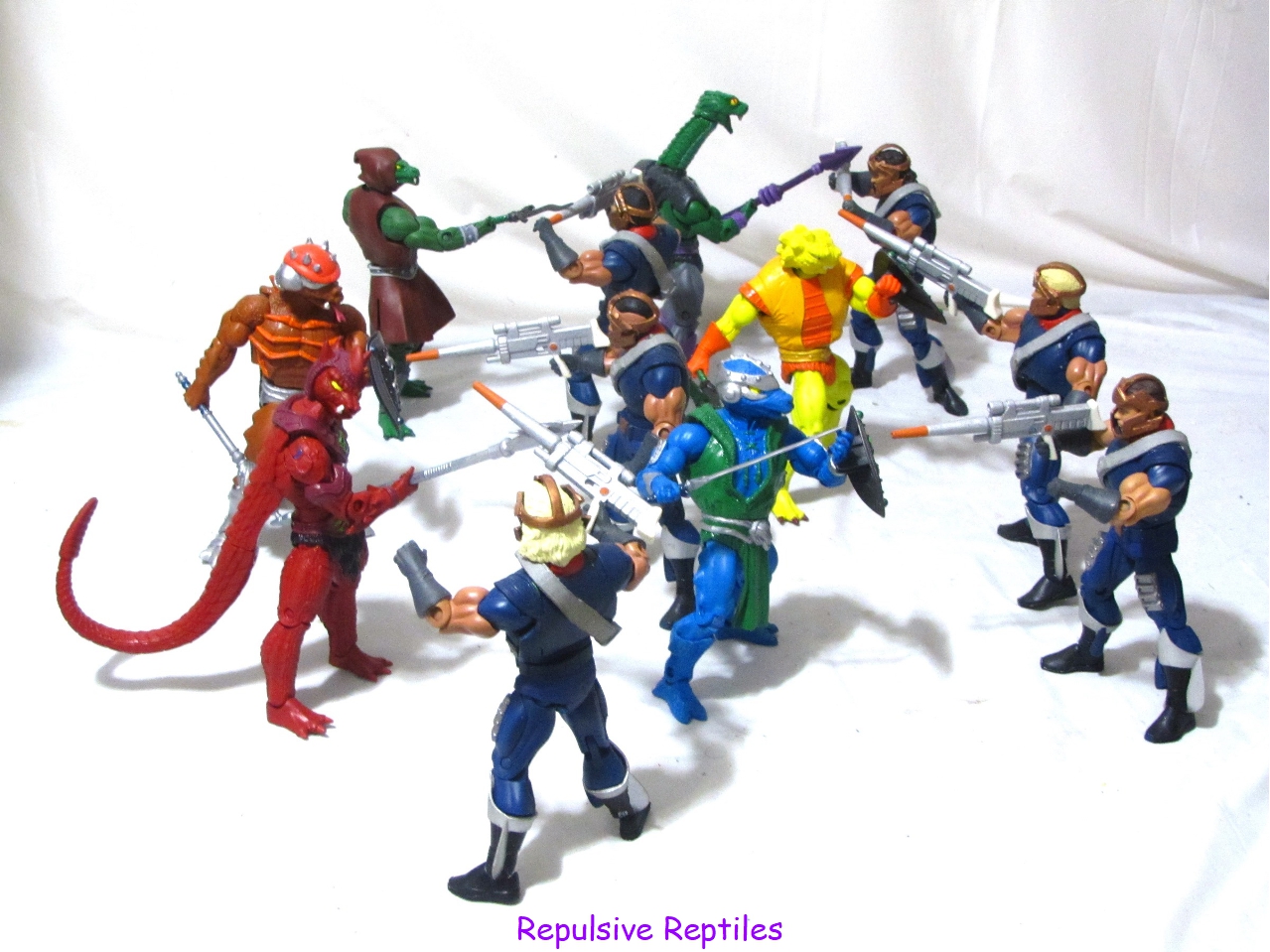 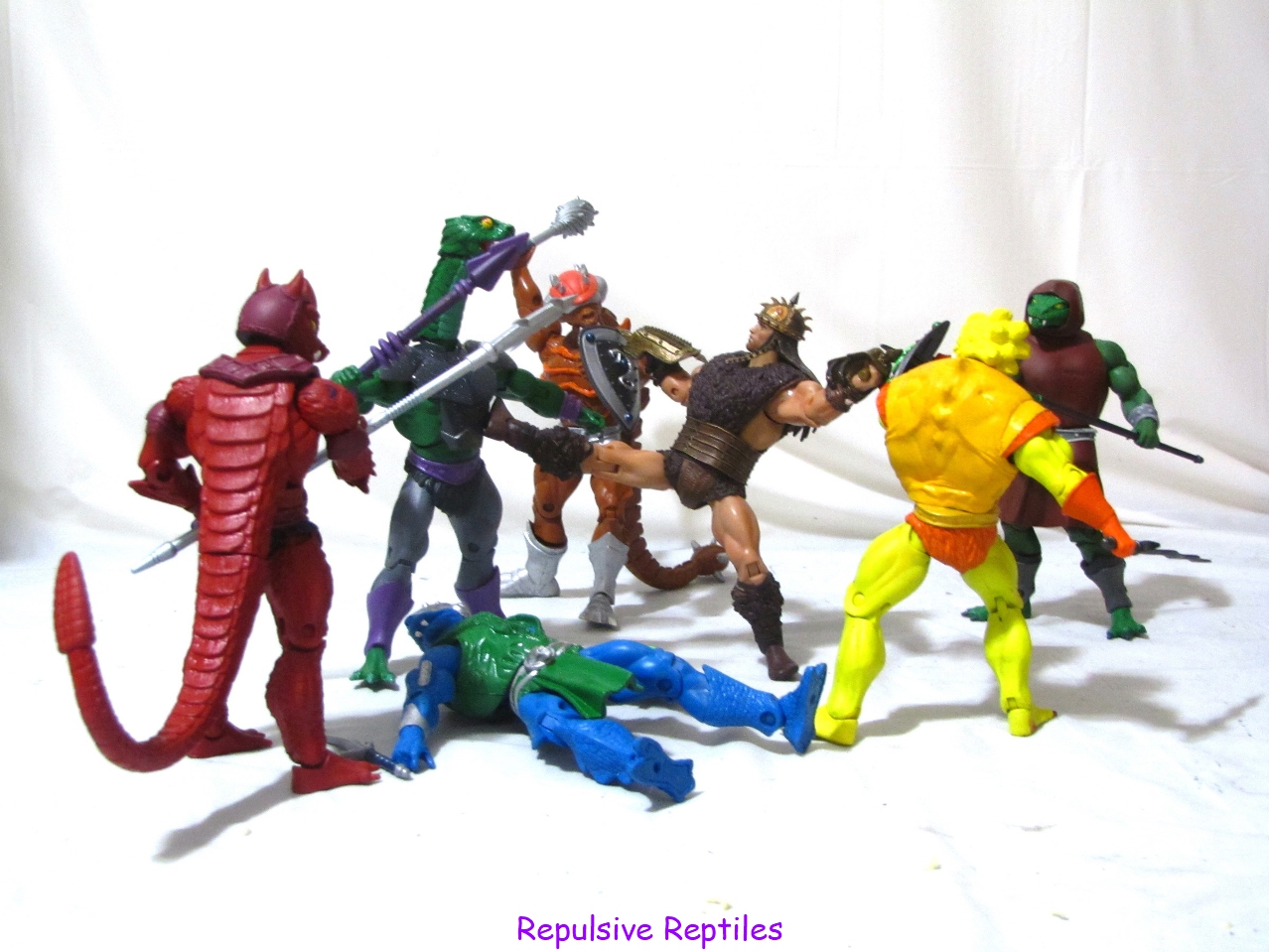 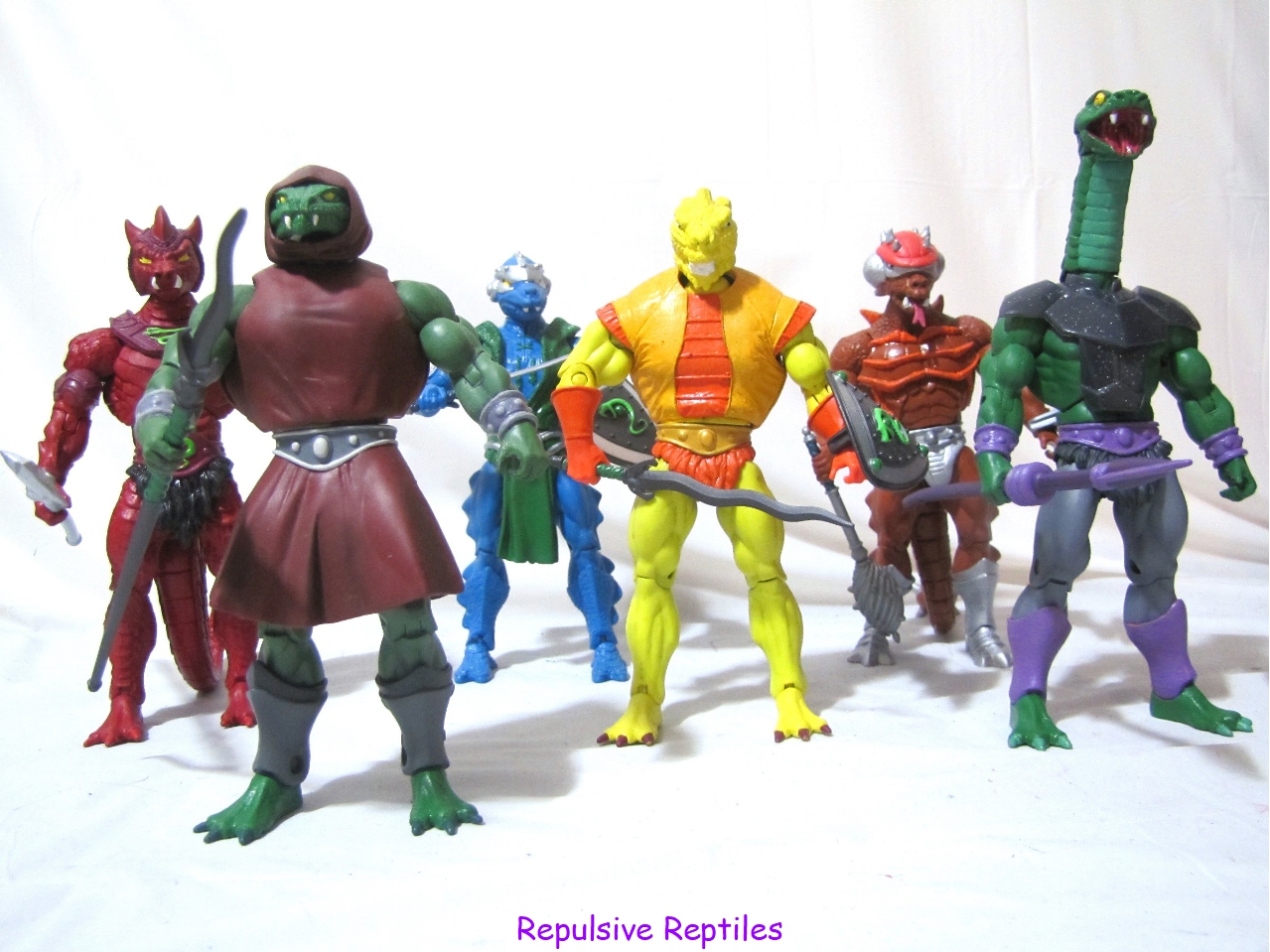 Thousands of years ago, King Hiss ruled several planets in this universe. King Hiss & his Repulsive Reptiles held the galaxies in an iron grip. Then King Hiss came to Eternia & took Snake Mountain for his throne. A Rattlesnake Mountain Ring guard forced warriors to fight. King Hiss's forces swept across the land destroying all in their path. A hooded snakeman hunted Triceratops. They came to the palace of Eternia & fought a vicious battle. The might of the Council of Elders was too concentrated for King Kiss. Their combined power hurled them into another dimension.

Posted by PhantomZodak at 10:21 PM No comments:

This is more of a repair than a custom. First his feet crumbled so I replaced them with feet from a Superman Vs He-Man, then his hips crumbled. So I moved all the pieces onto a Mo-Larr torso. Now I have a King Grayskull I can pose. 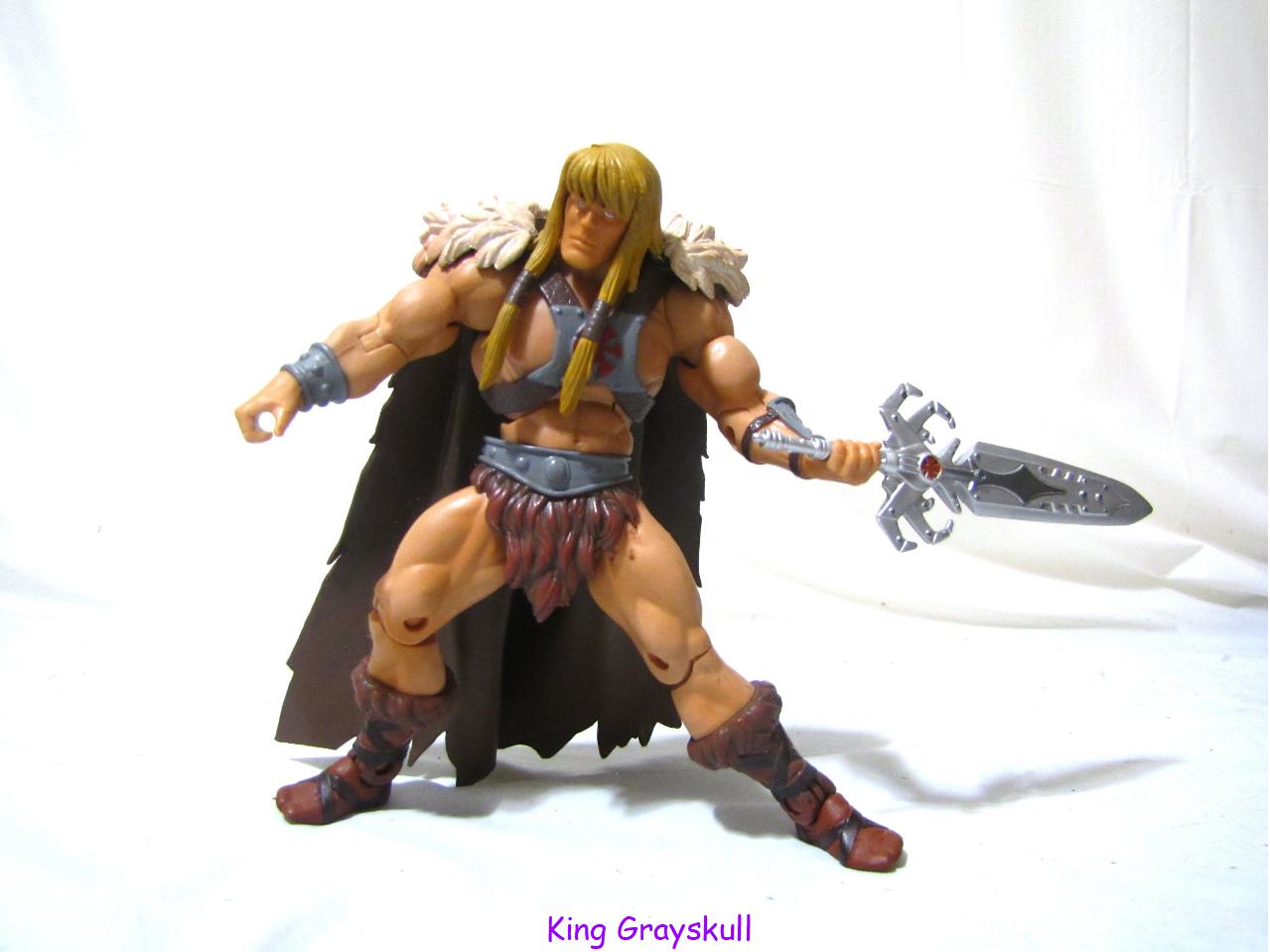 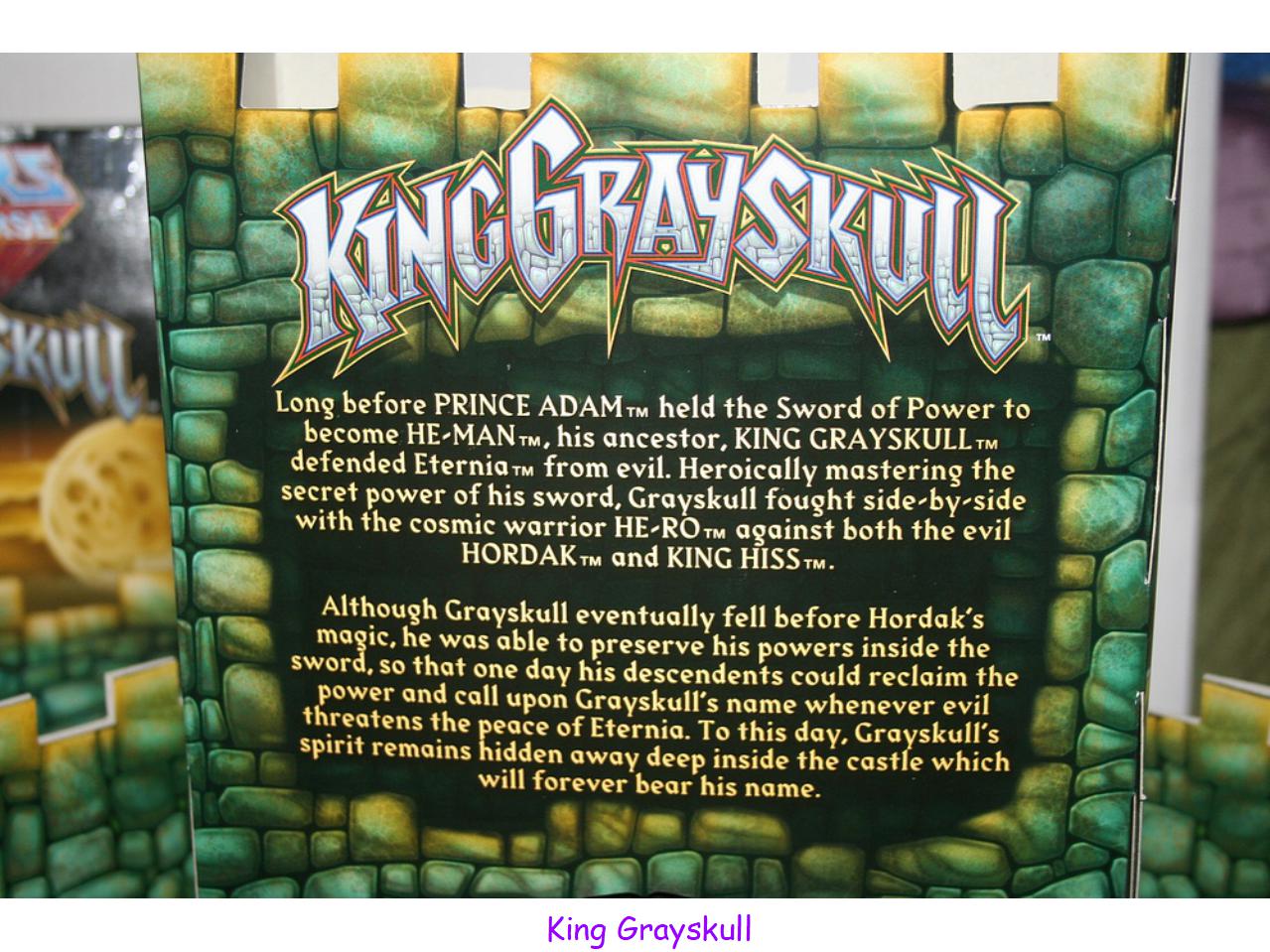 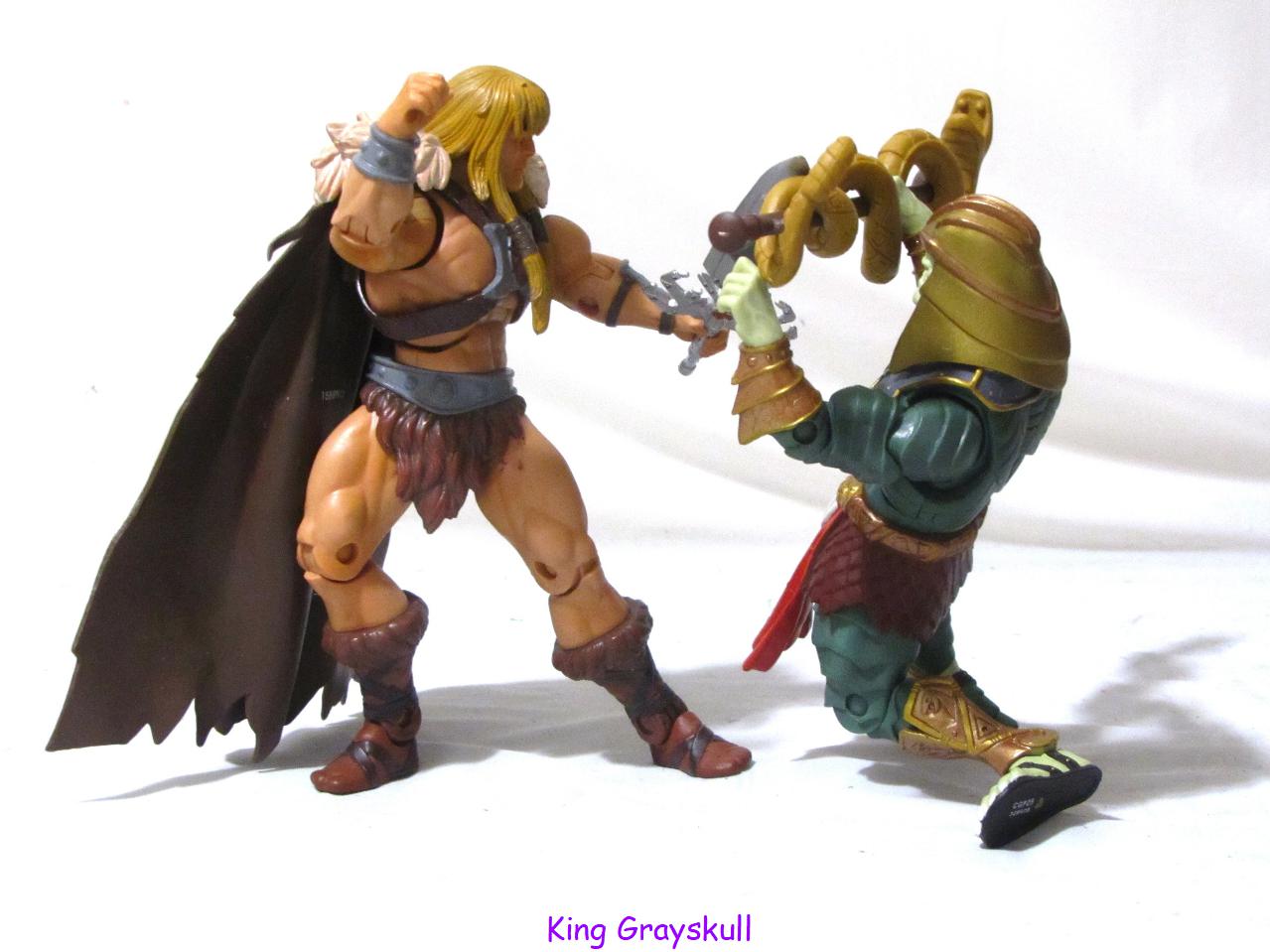 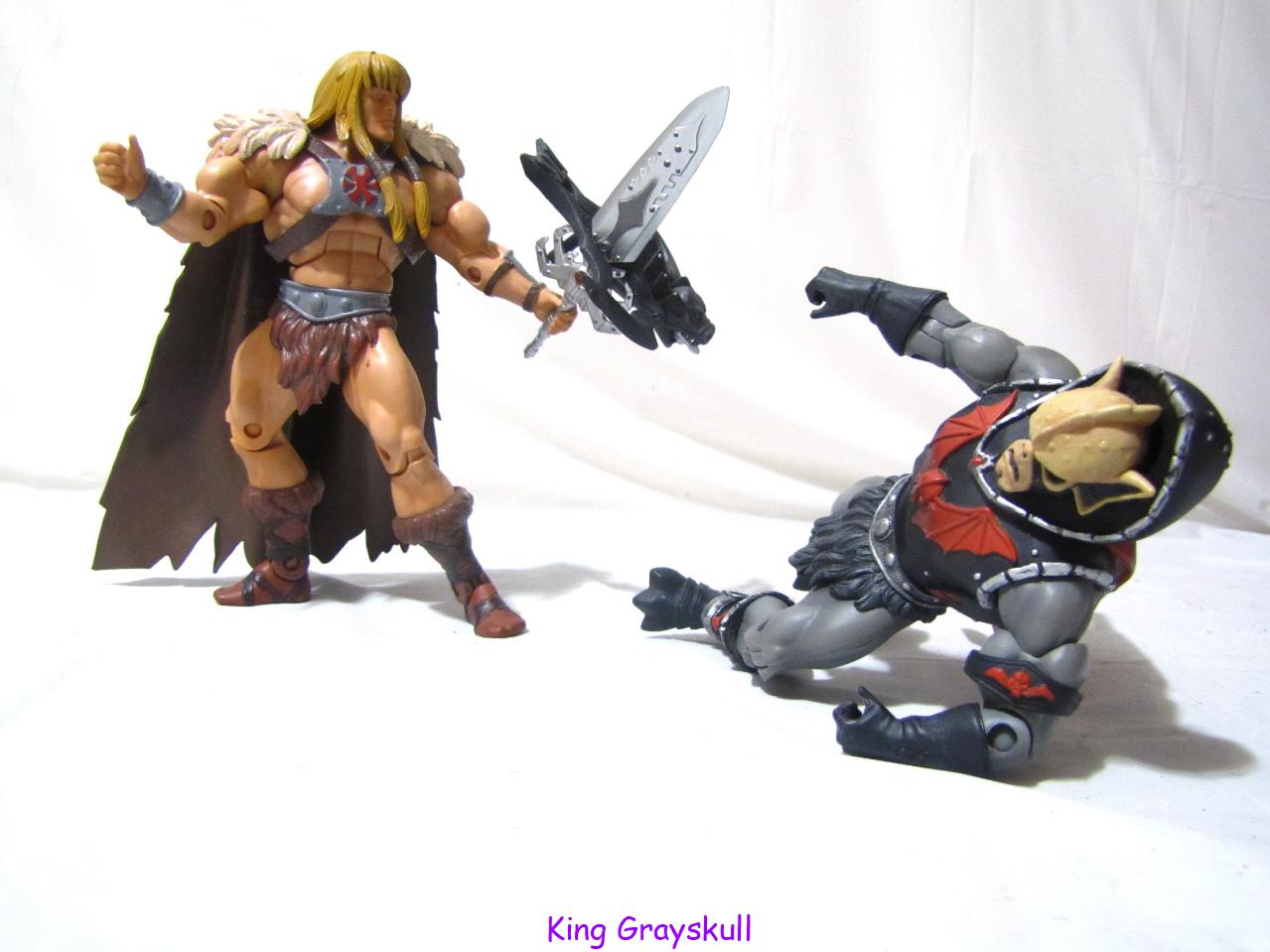 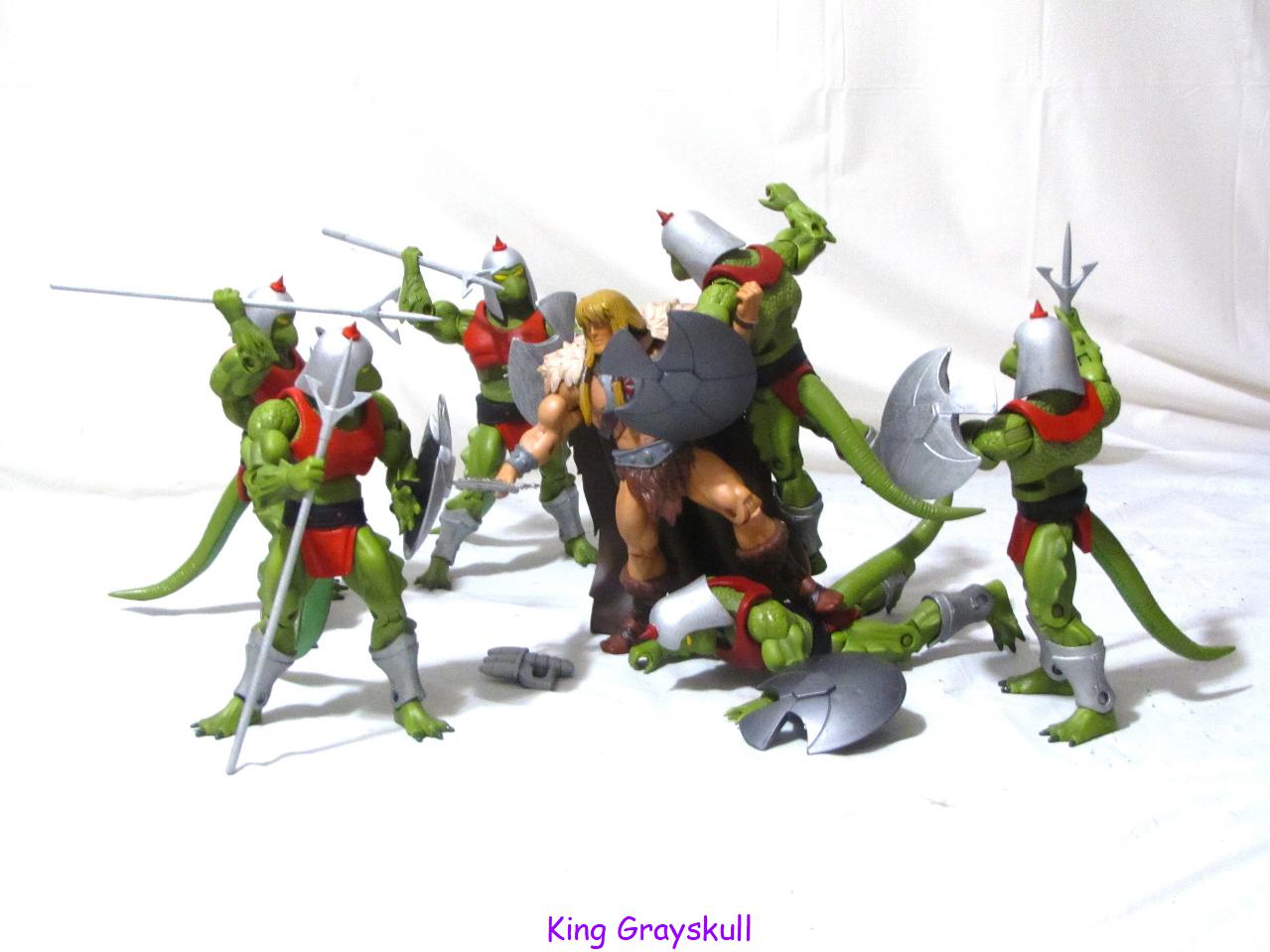 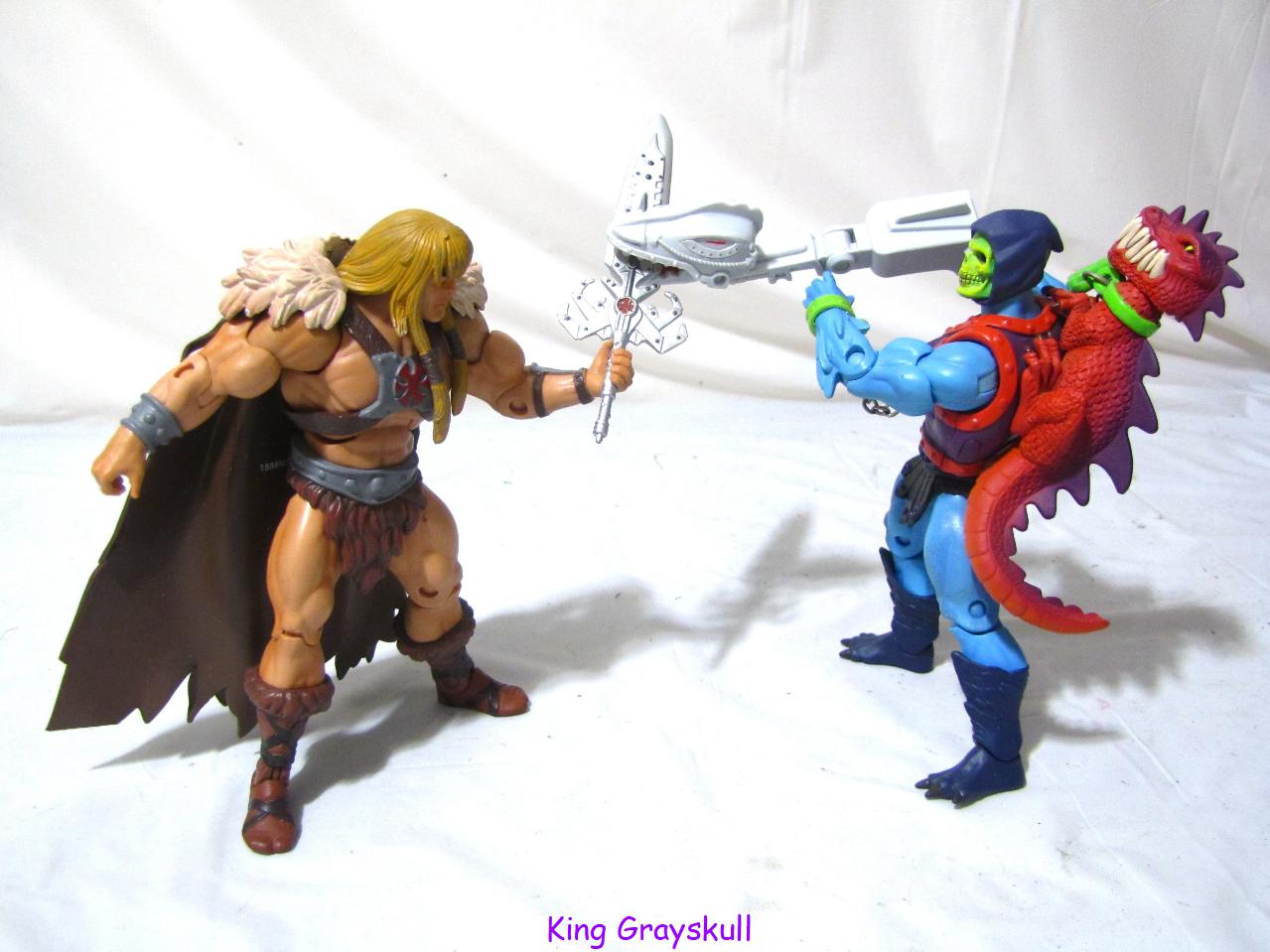 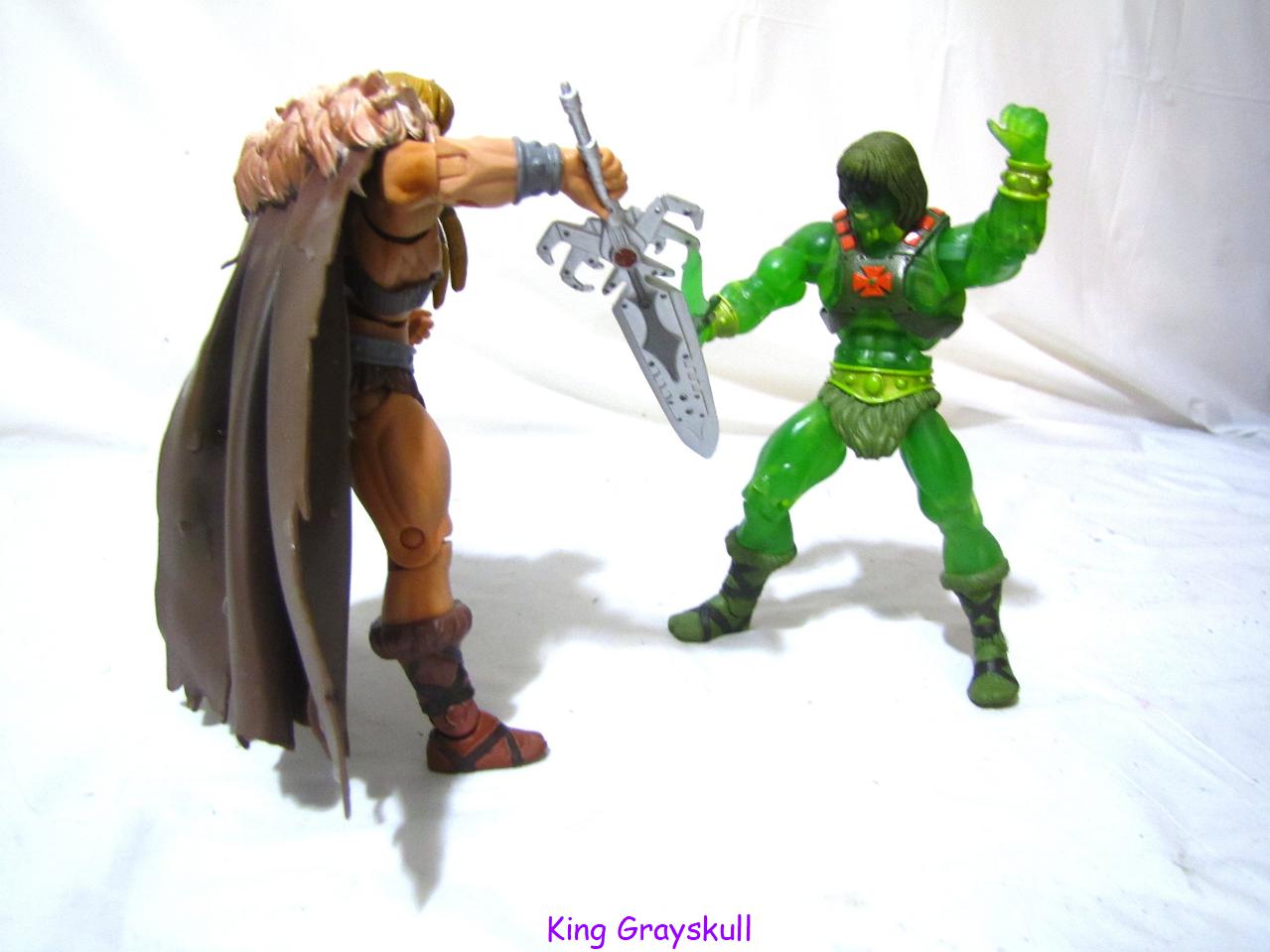 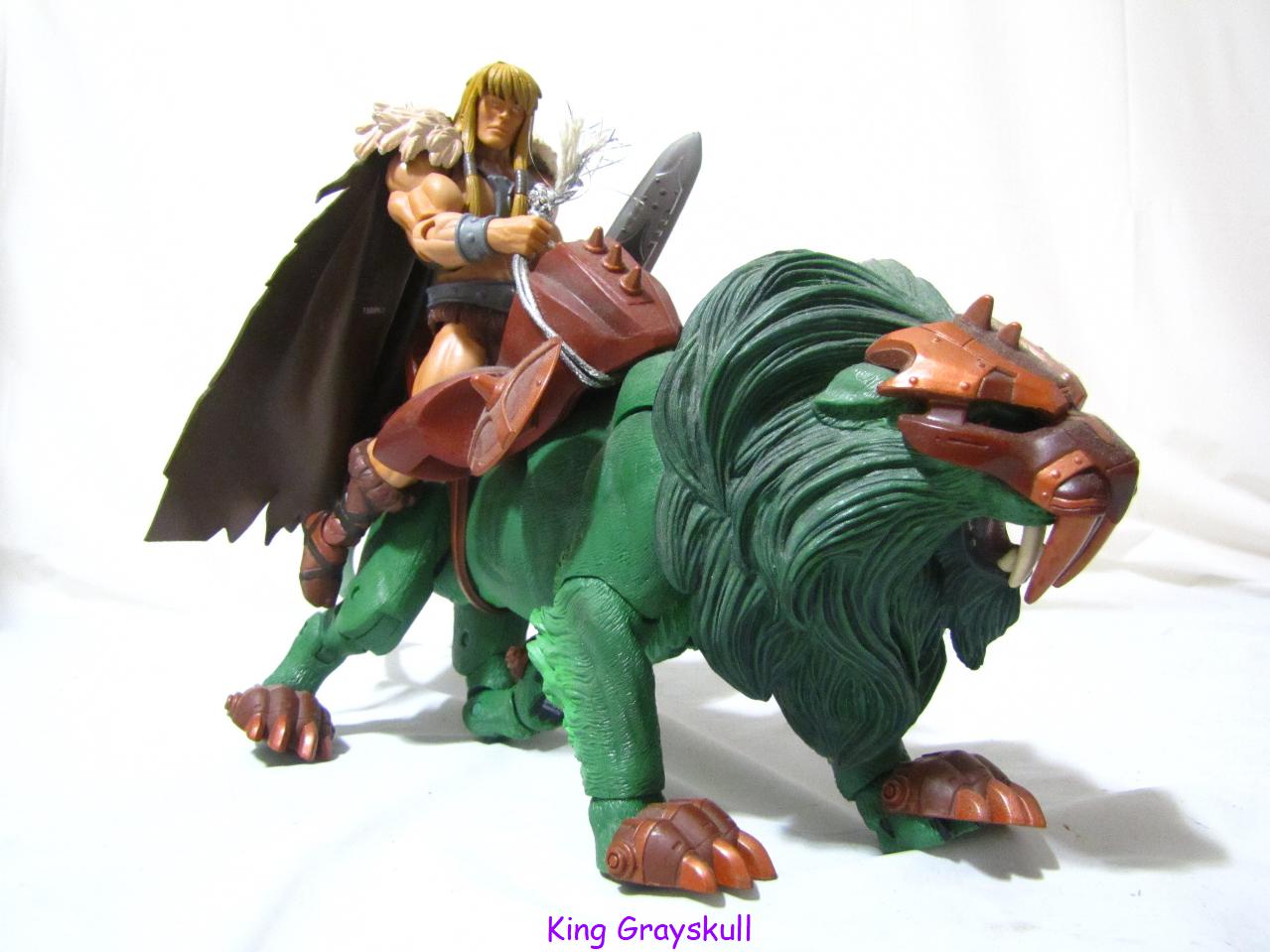 Posted by PhantomZodak at 8:30 PM No comments: