He's from the original create a character contest in the 80s & he was in the classics mini-comics. I also made Mind Beast & Vizar. 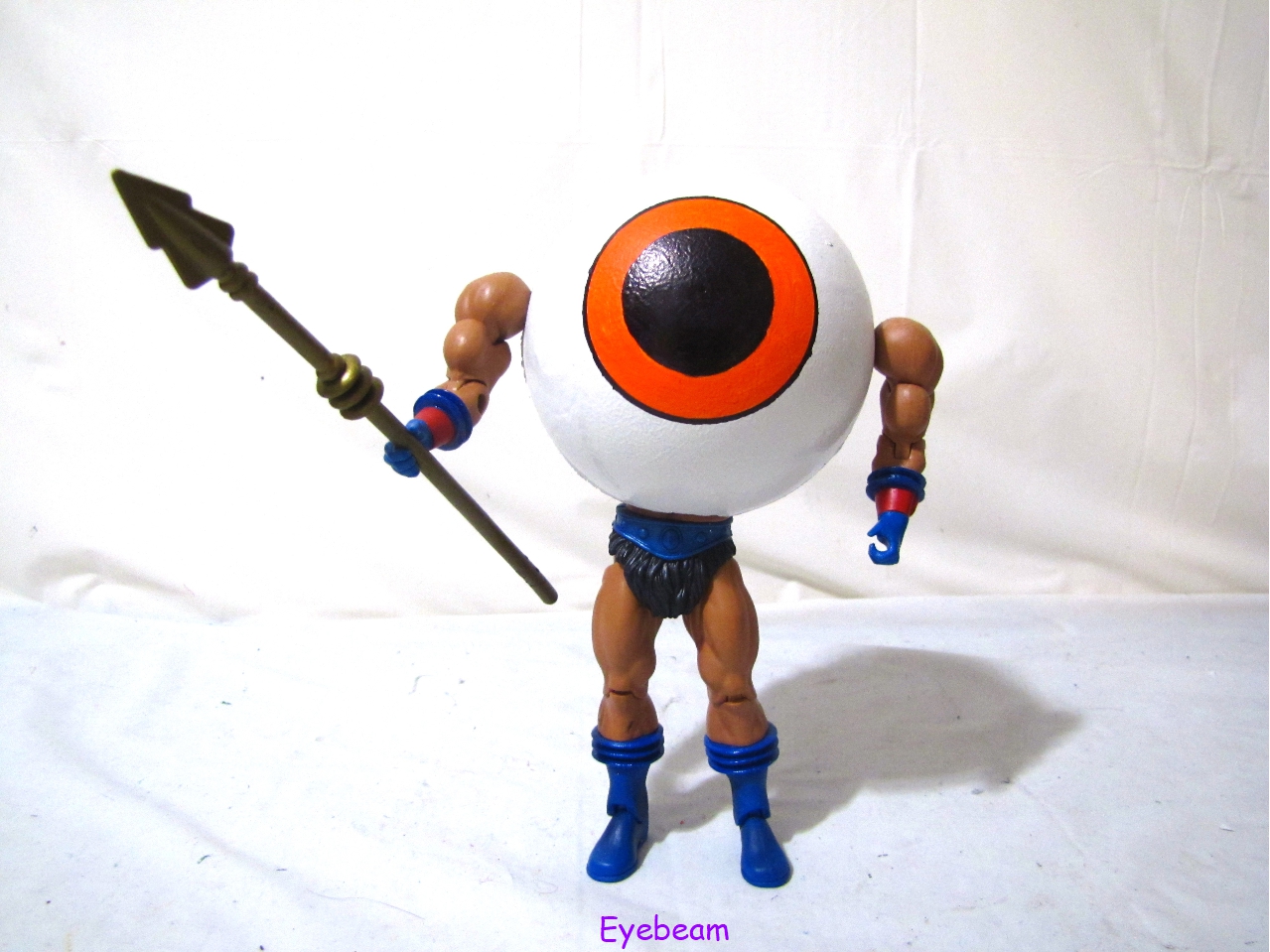 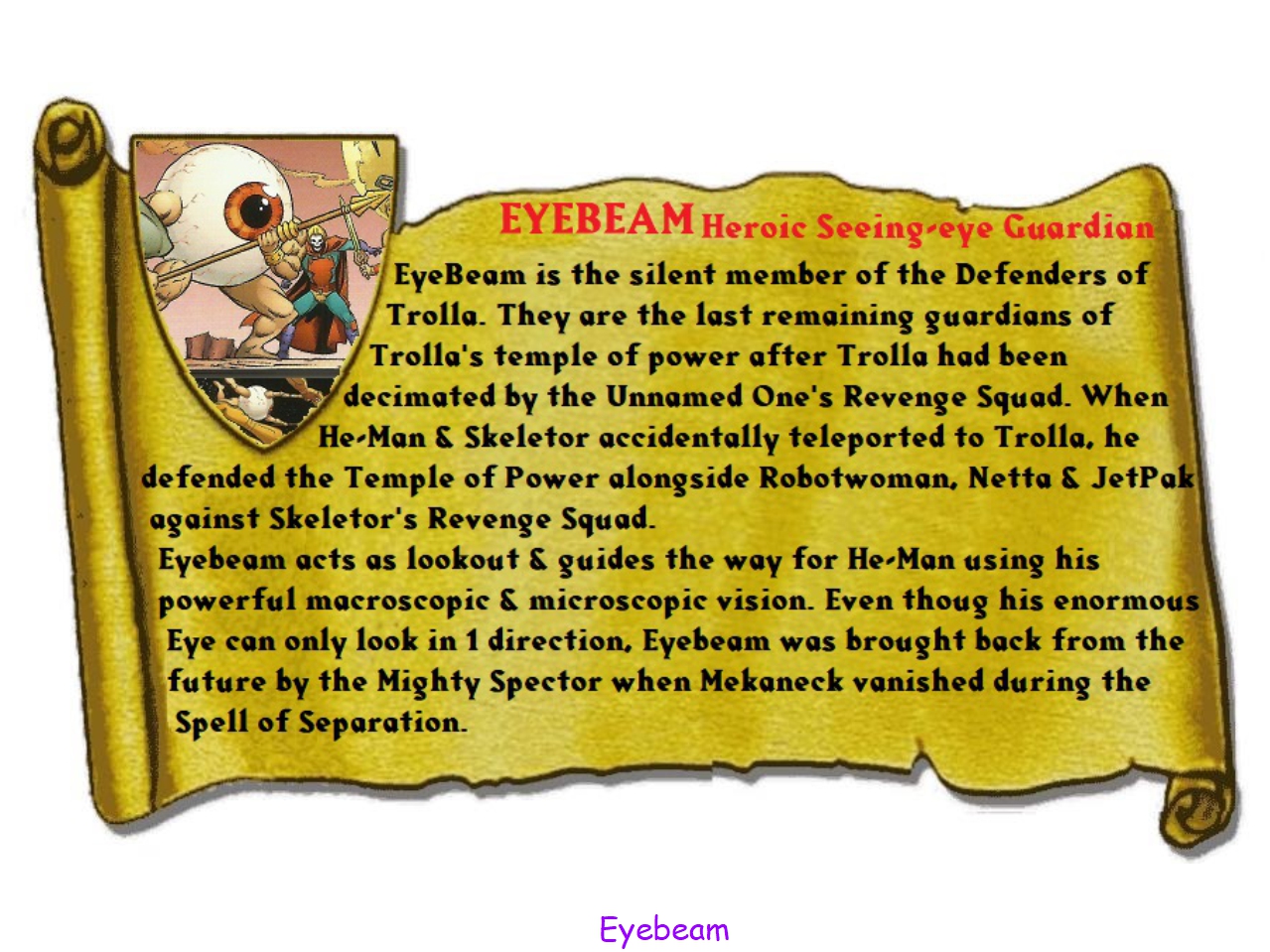 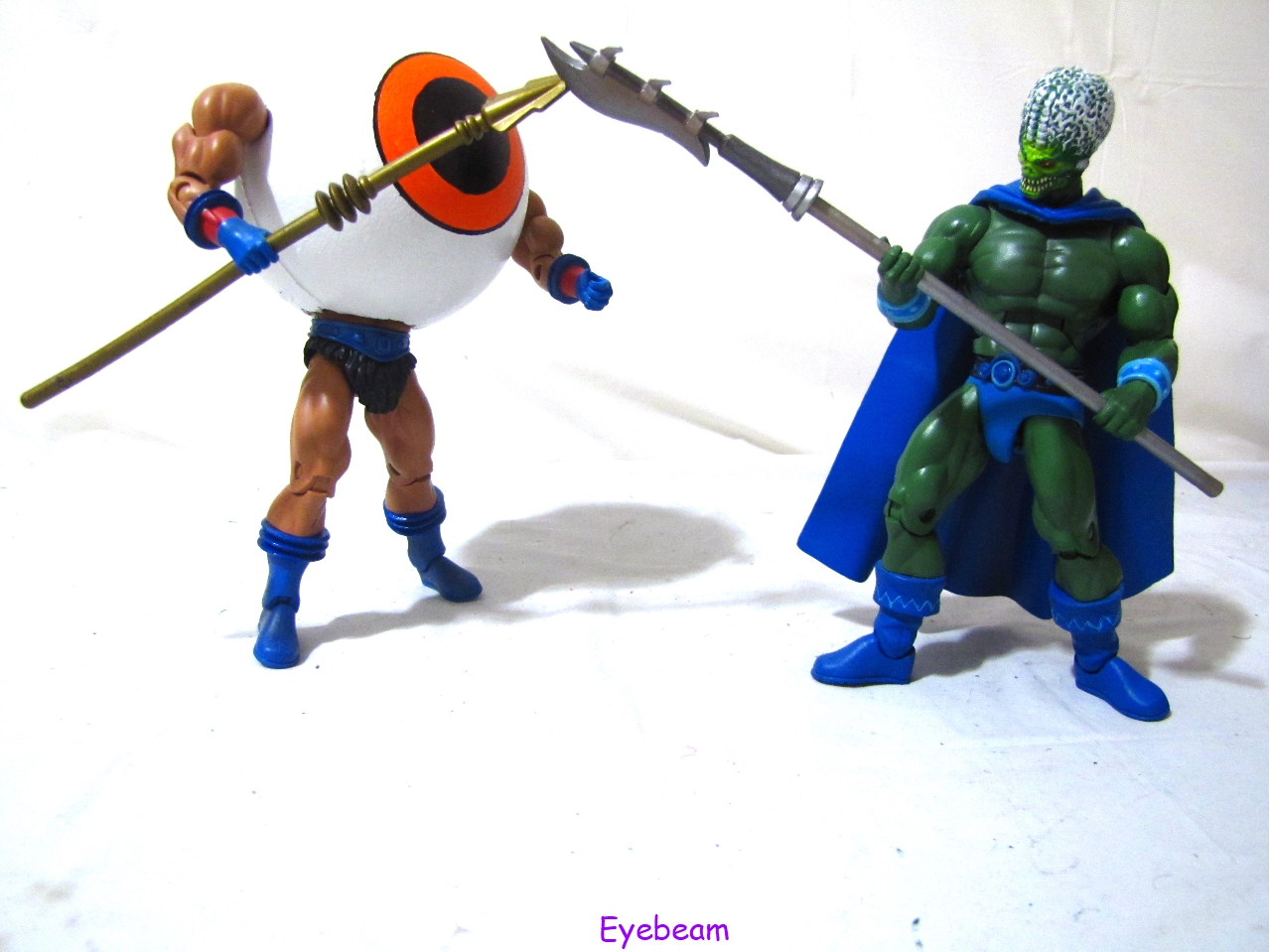 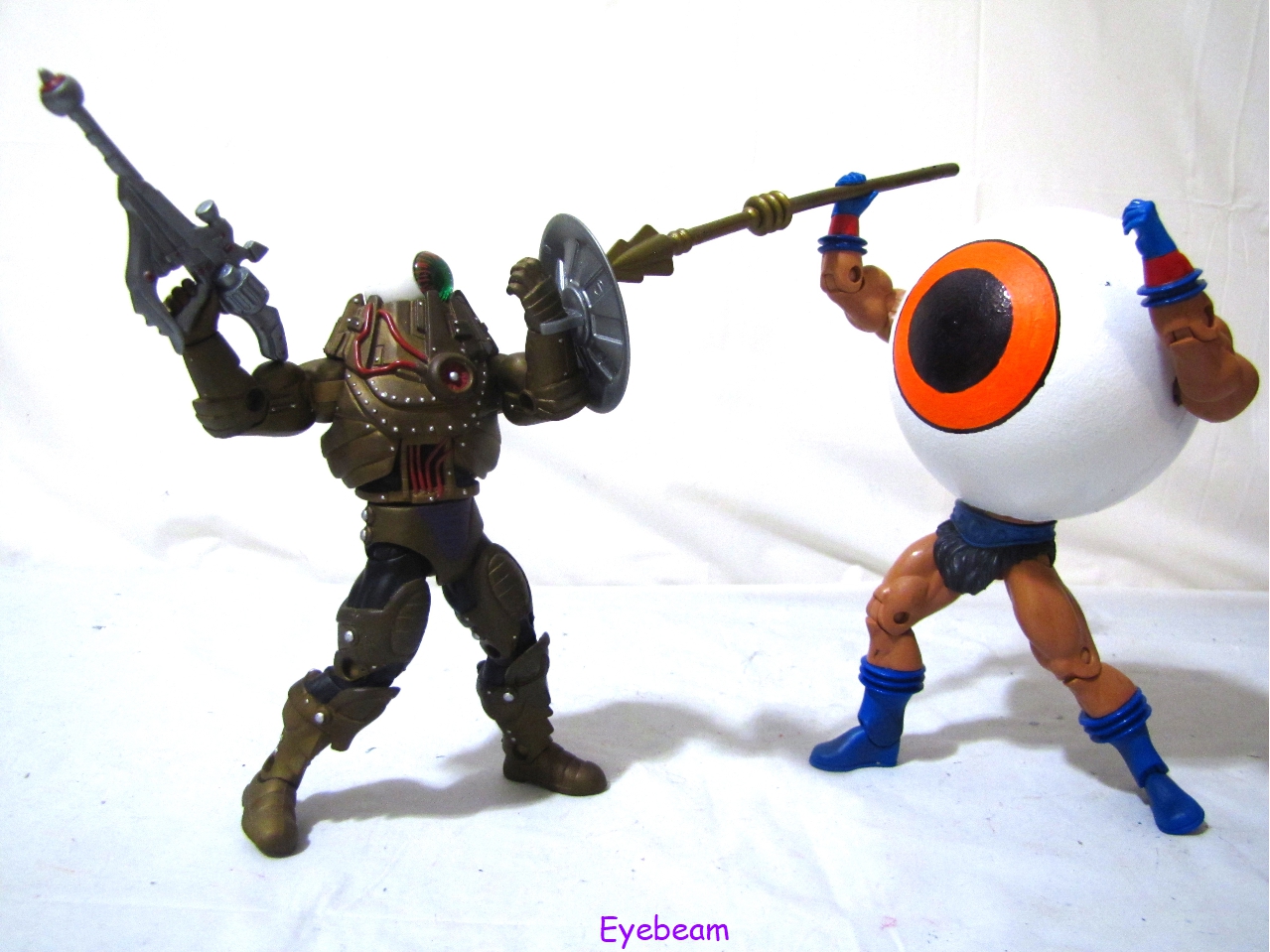 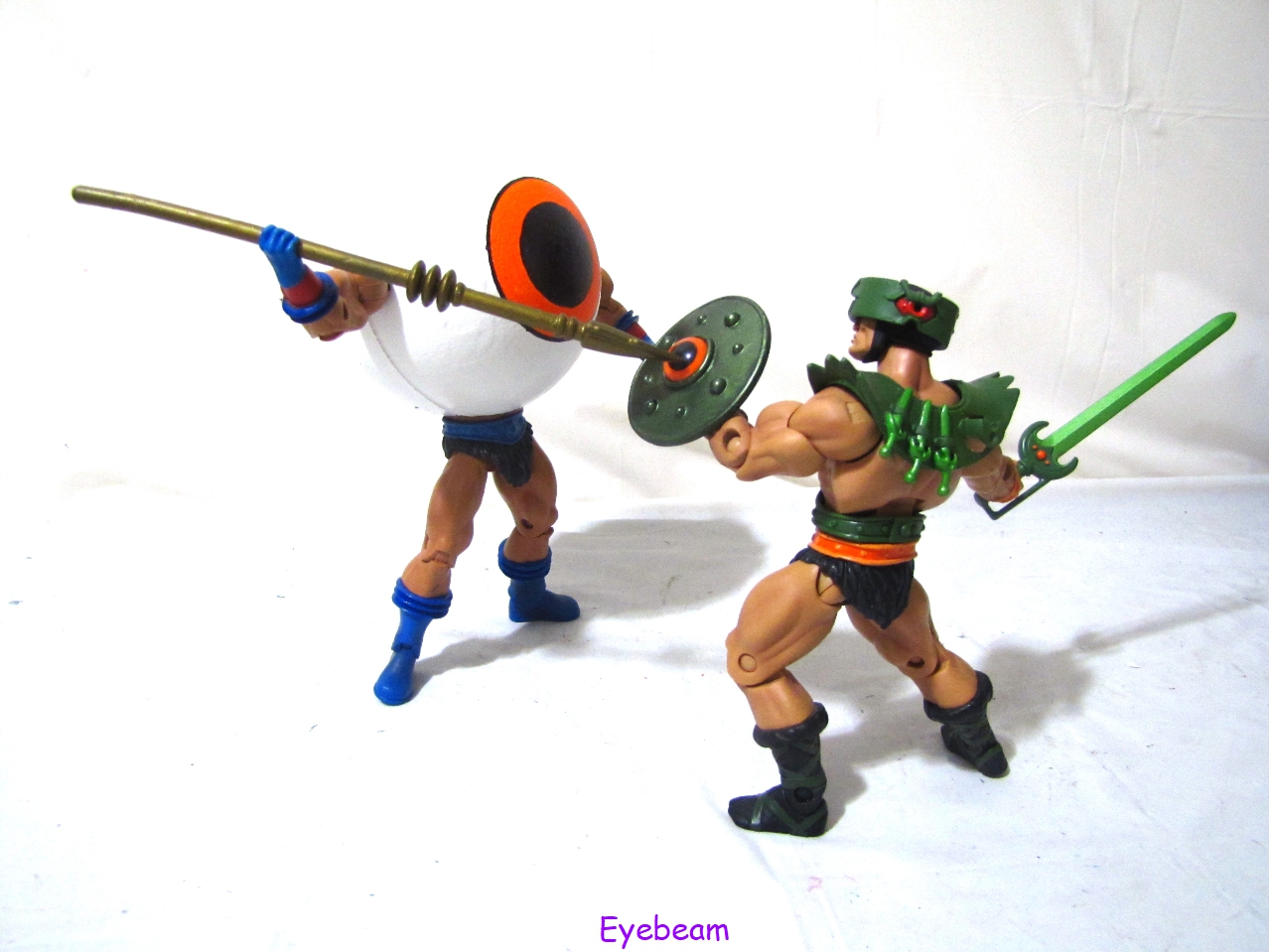 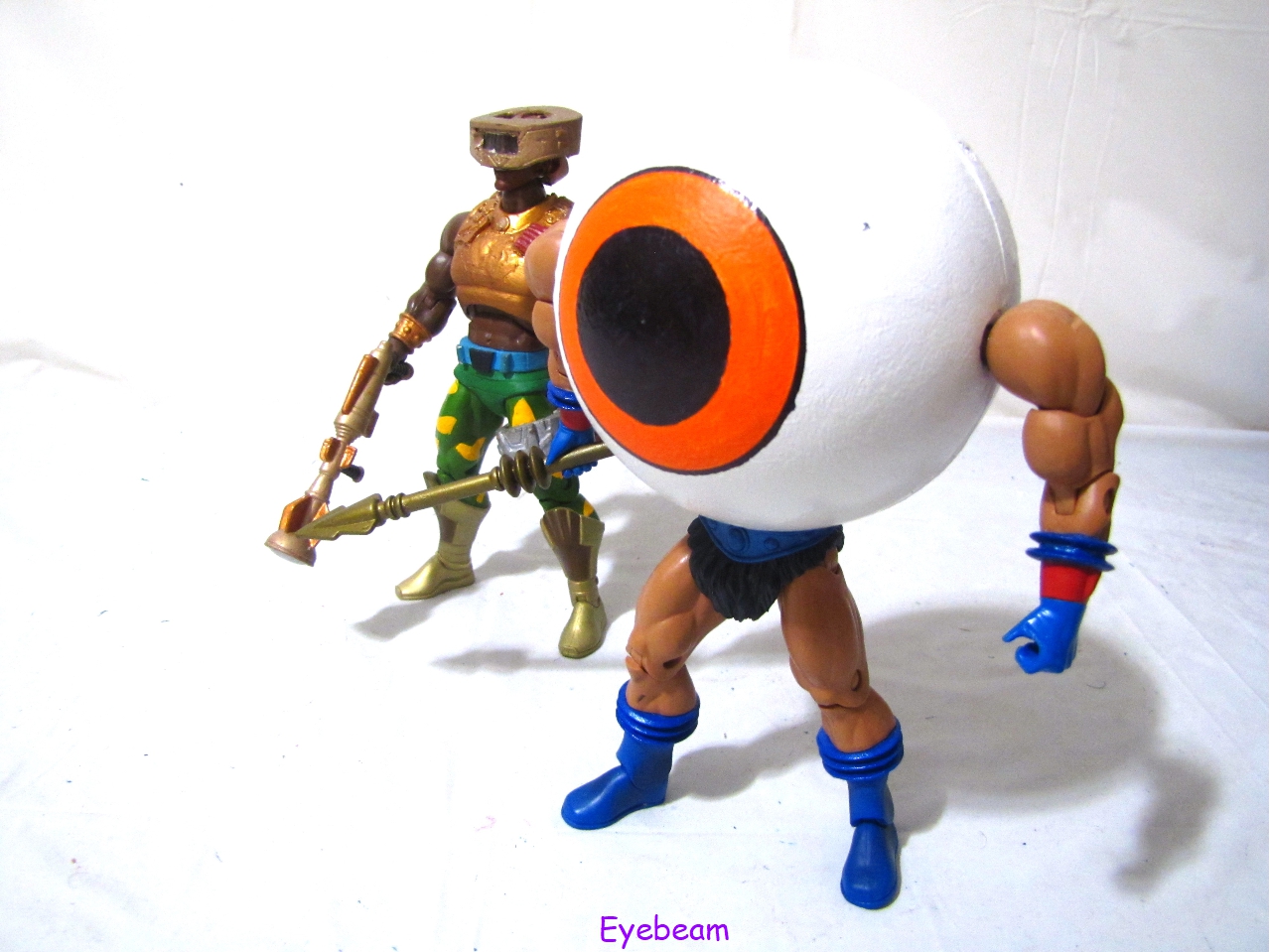 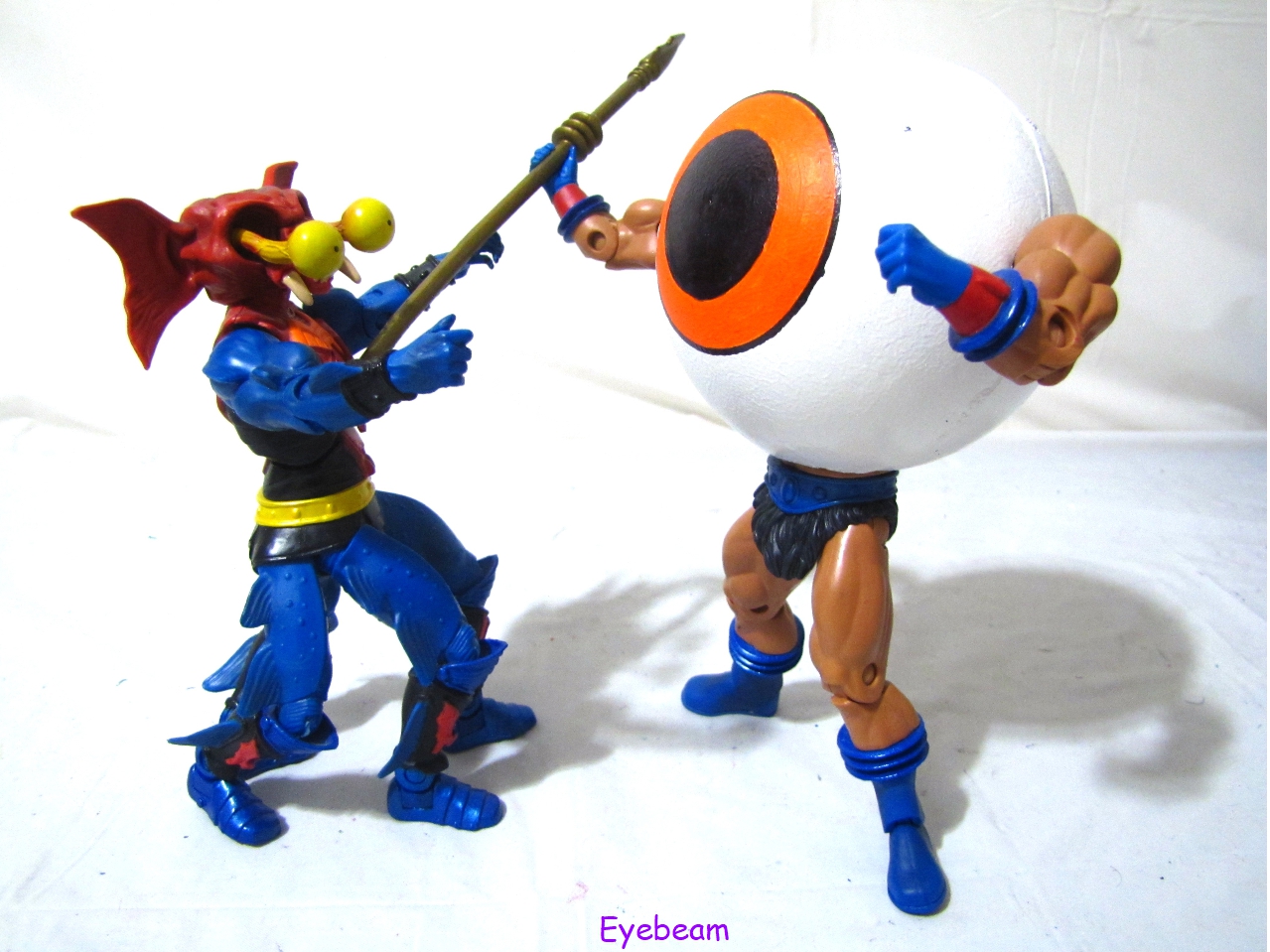 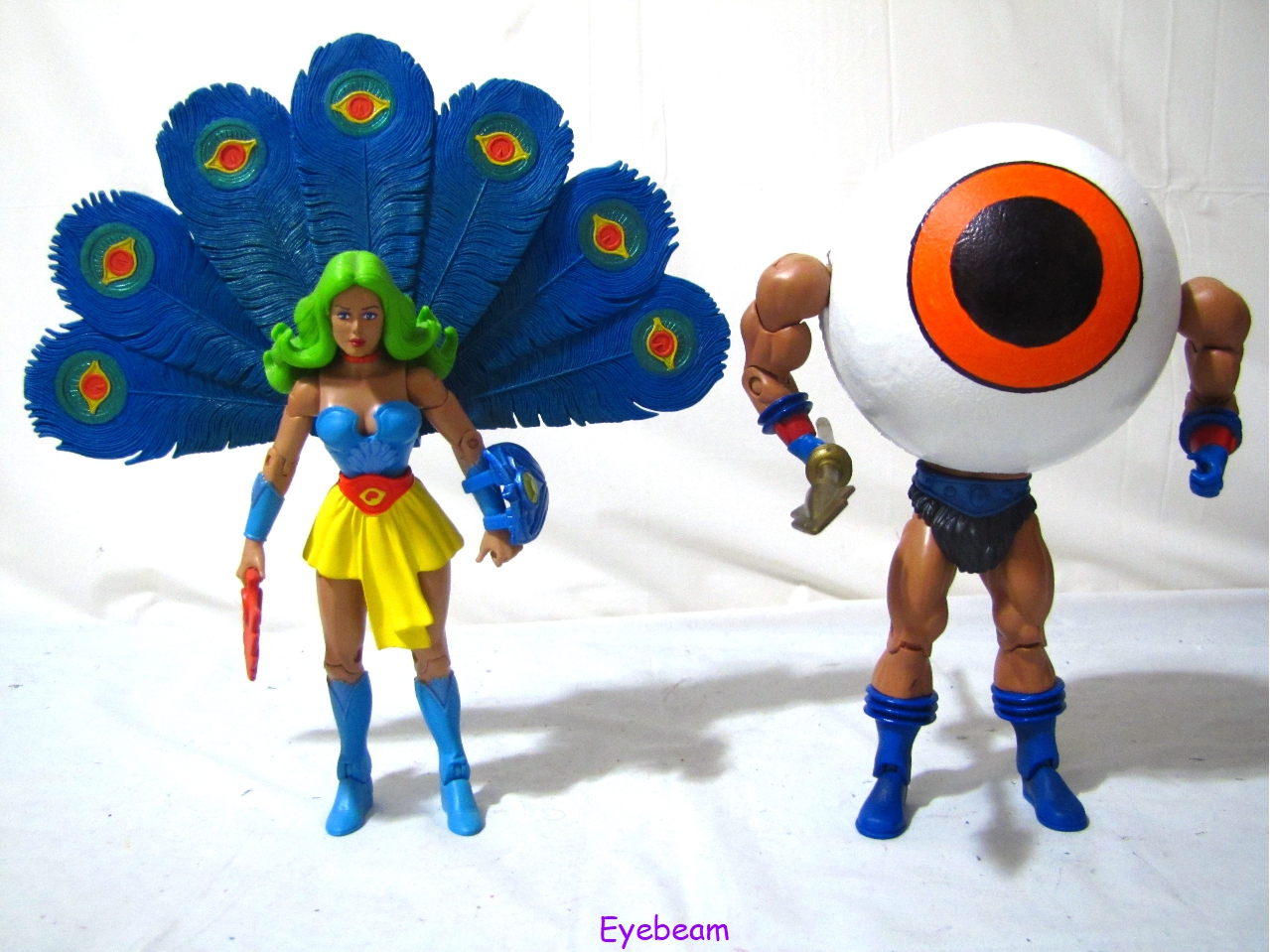 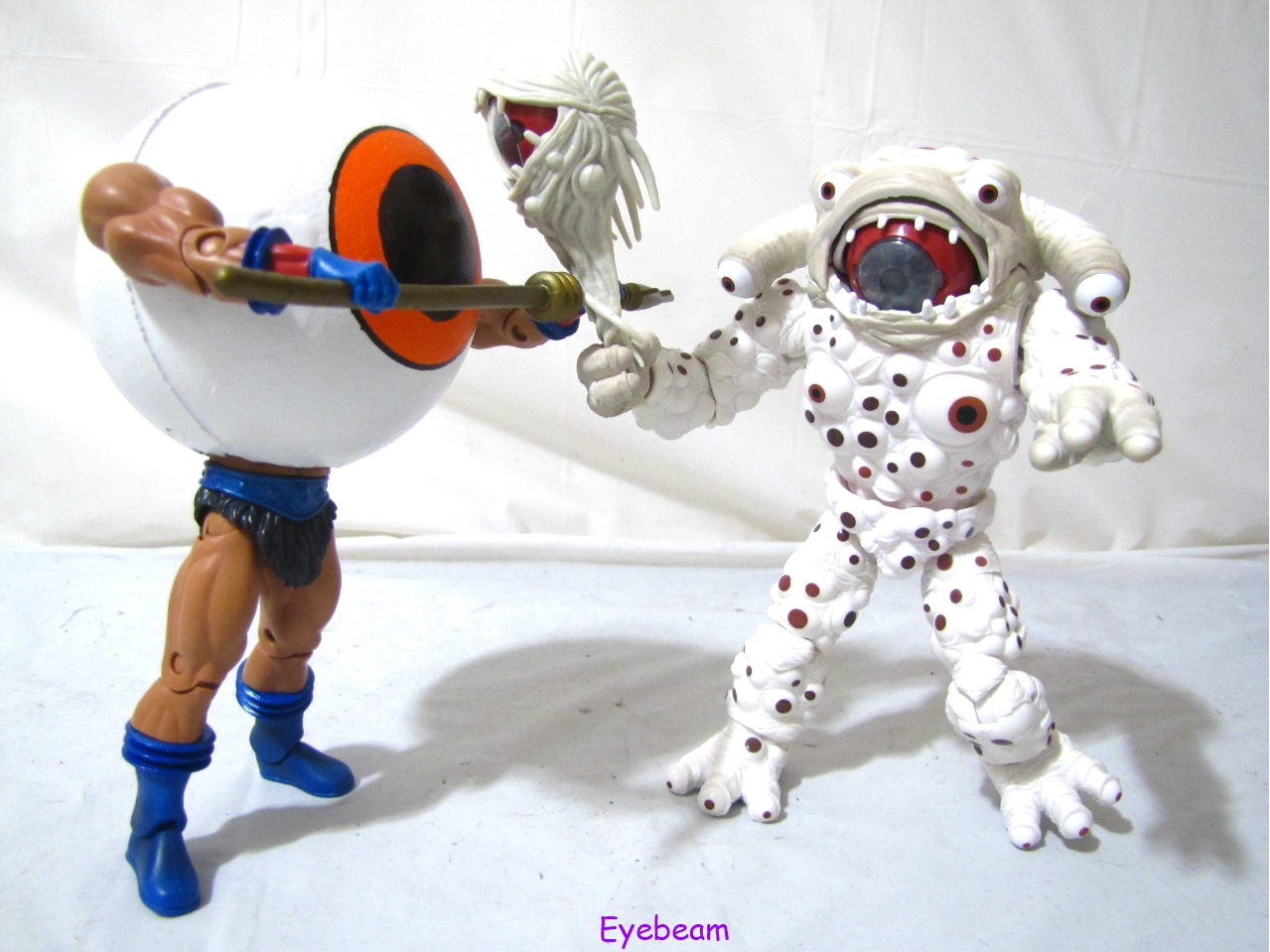 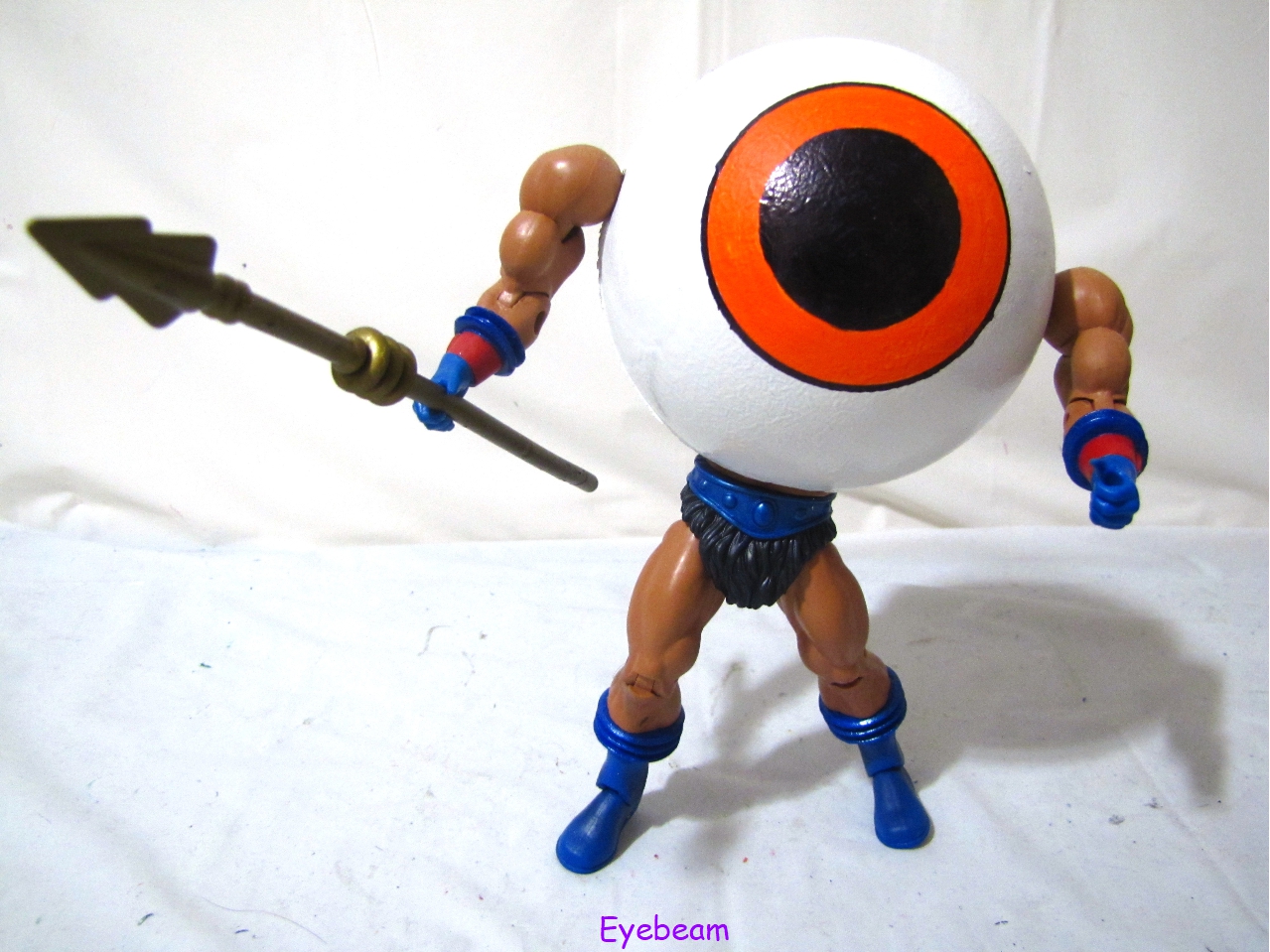 EYEBEAM
Heroic Seeing-eye Guardian
EyeBeam is the silent member of the Defenders of Trolla. They are the last remaining guardians of Trolla's temple of power after Trolla had been decimated by the Unnamed One's Revenge Squad. When He-Man & Skeletor accidentally teleported to Trolla, he defended the Temple of Power alongside Robotwoman, Netta & JetPak against Skeletor's Revenge Squad.
Eyebeam acts as lookout & guides the way for He-Man using his powerful macroscopic & microscopic vision. Even though his enormous Eye can only look in 1 direction, Eyebeam was brought back from the future by the Mighty Spector when Mekaneck vanished during the Spell of Separation.
Posted by PhantomZodak at 12:06 PM 2 comments: 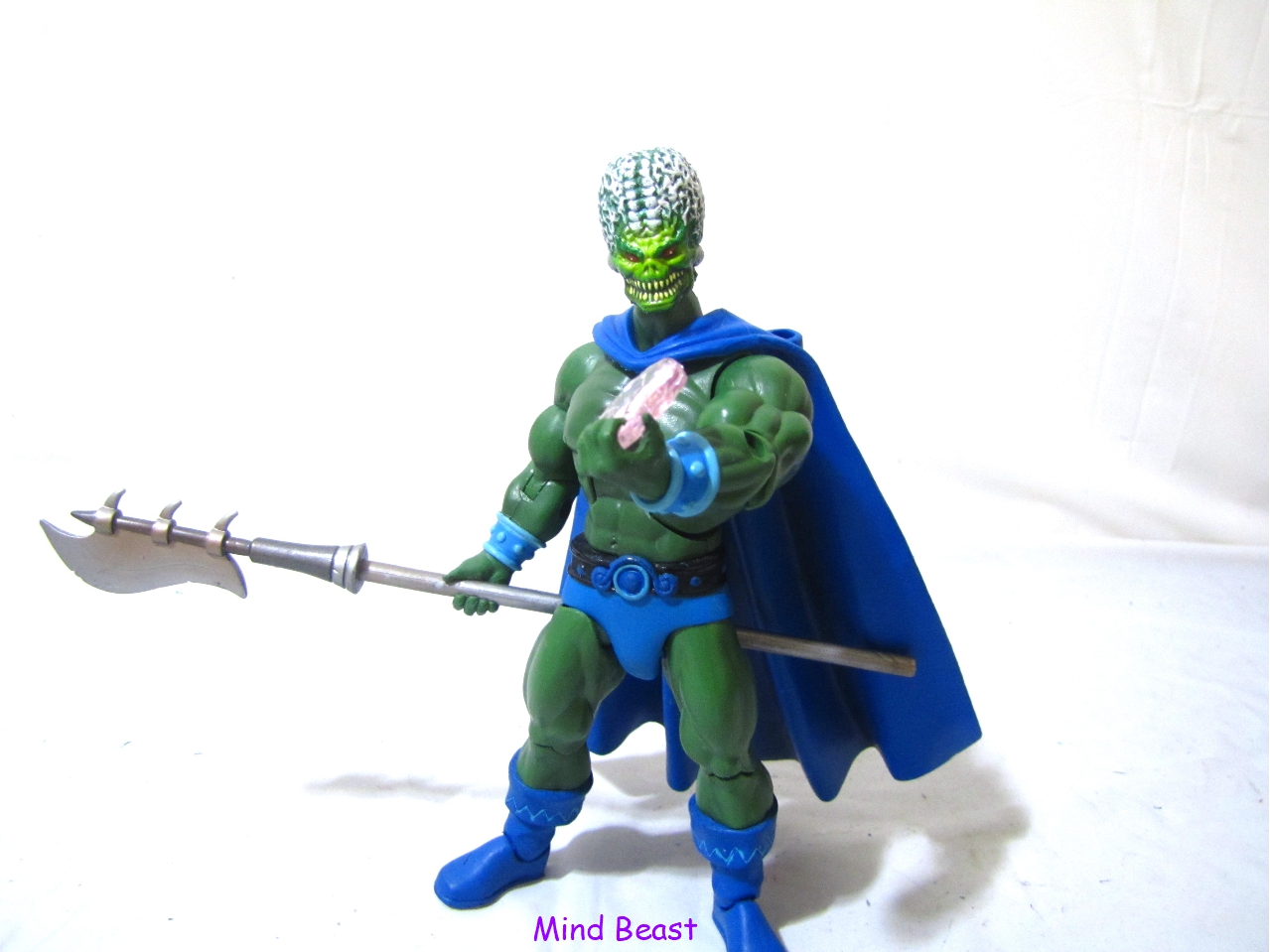 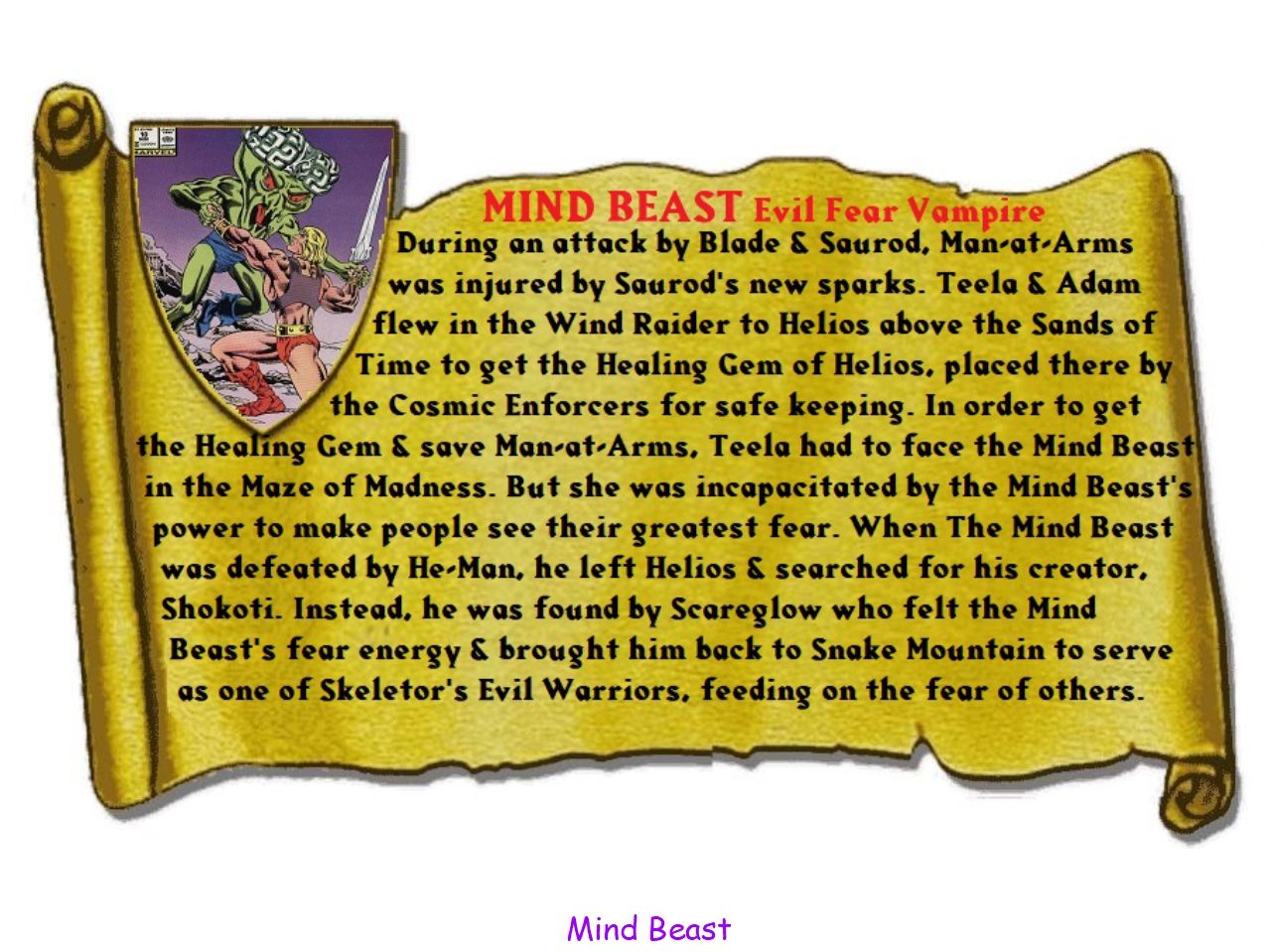 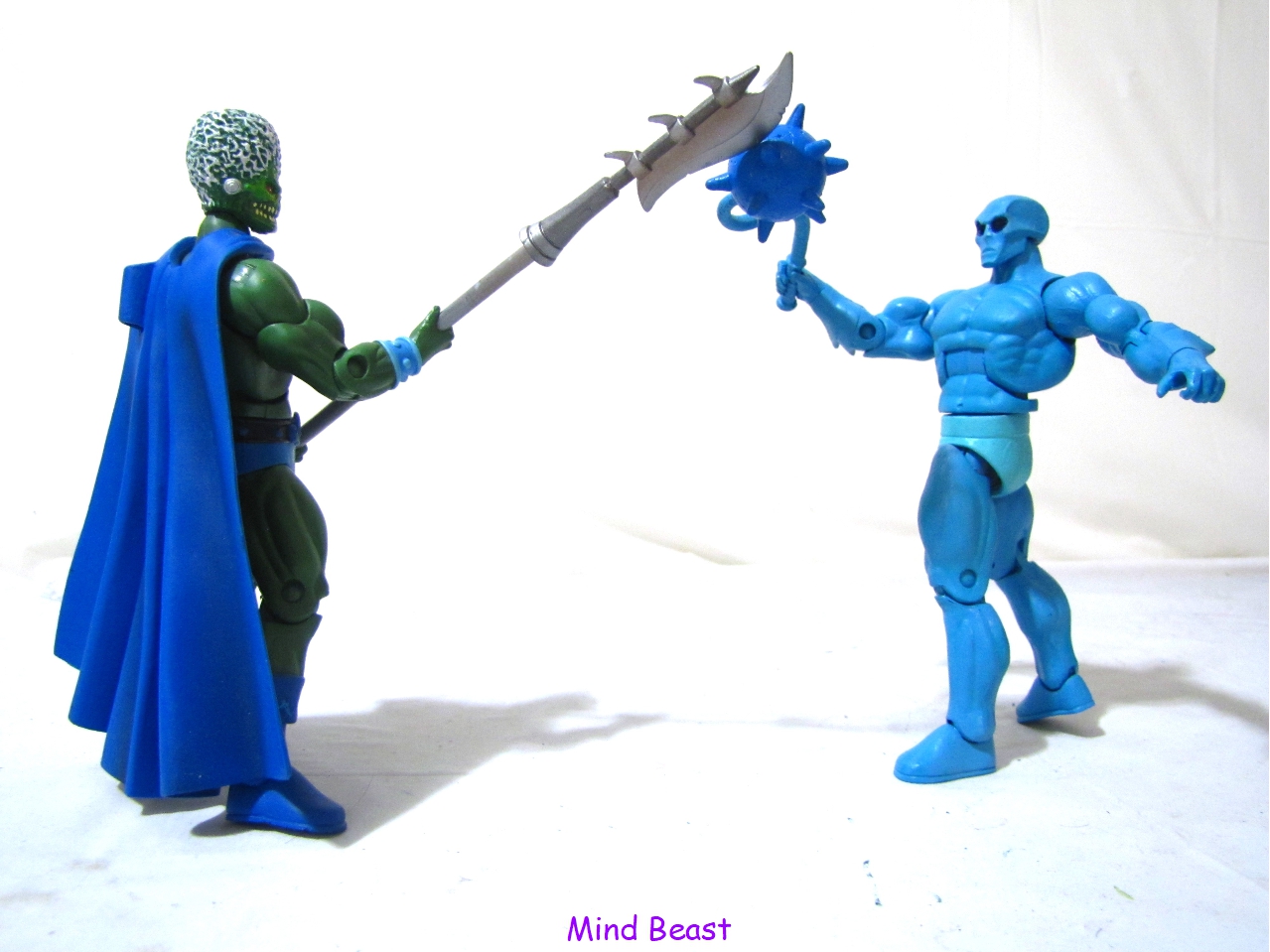 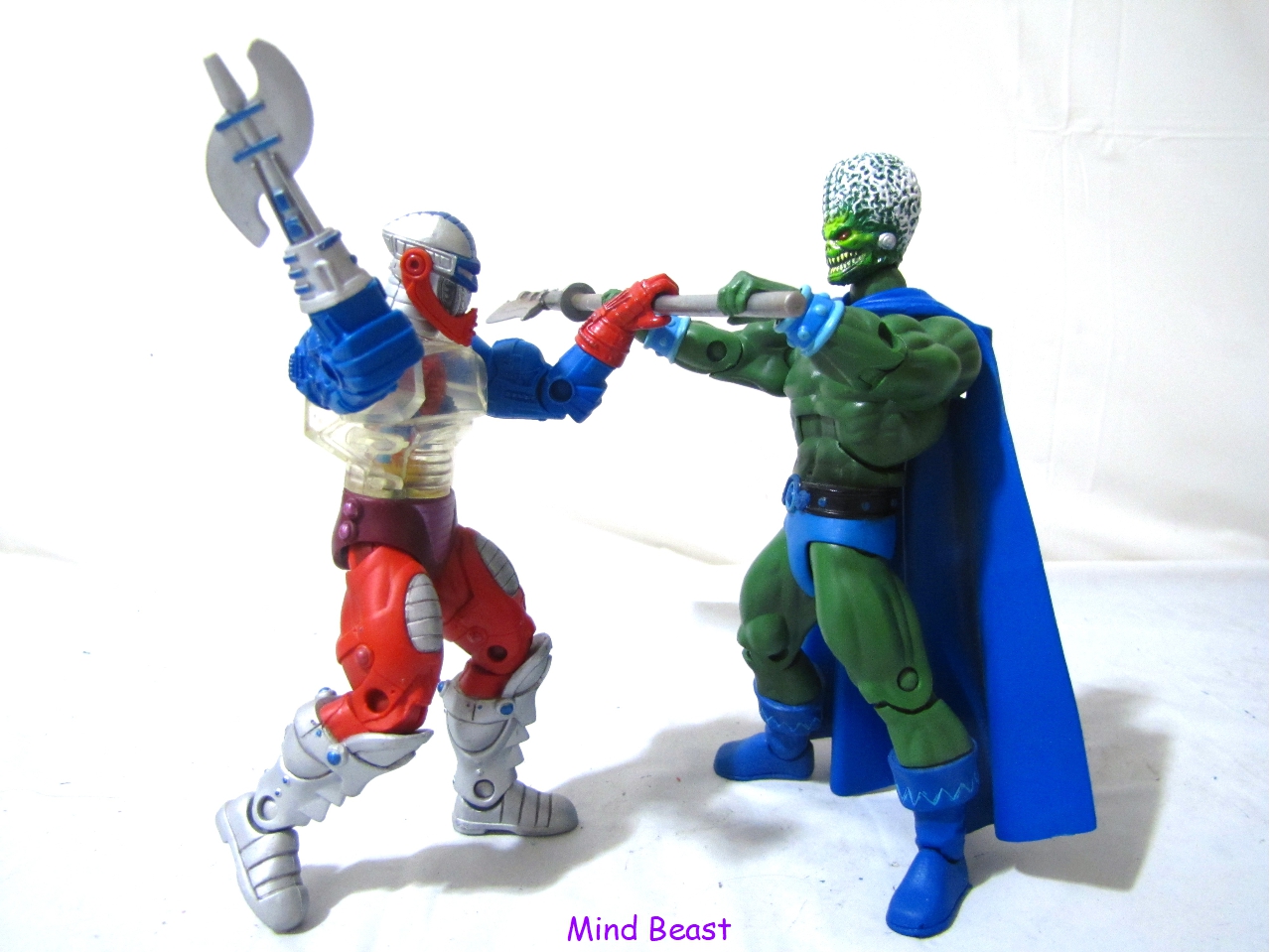 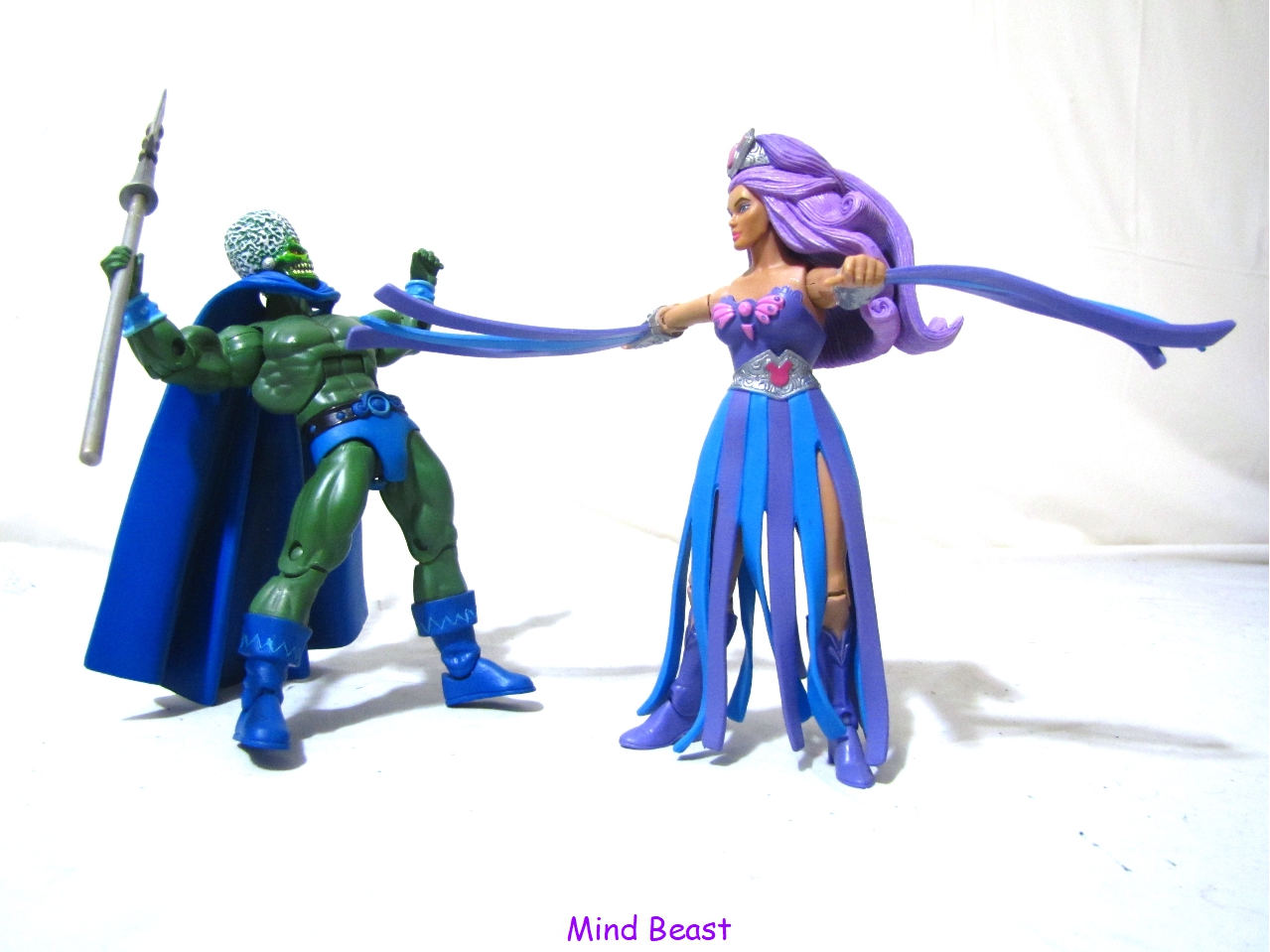 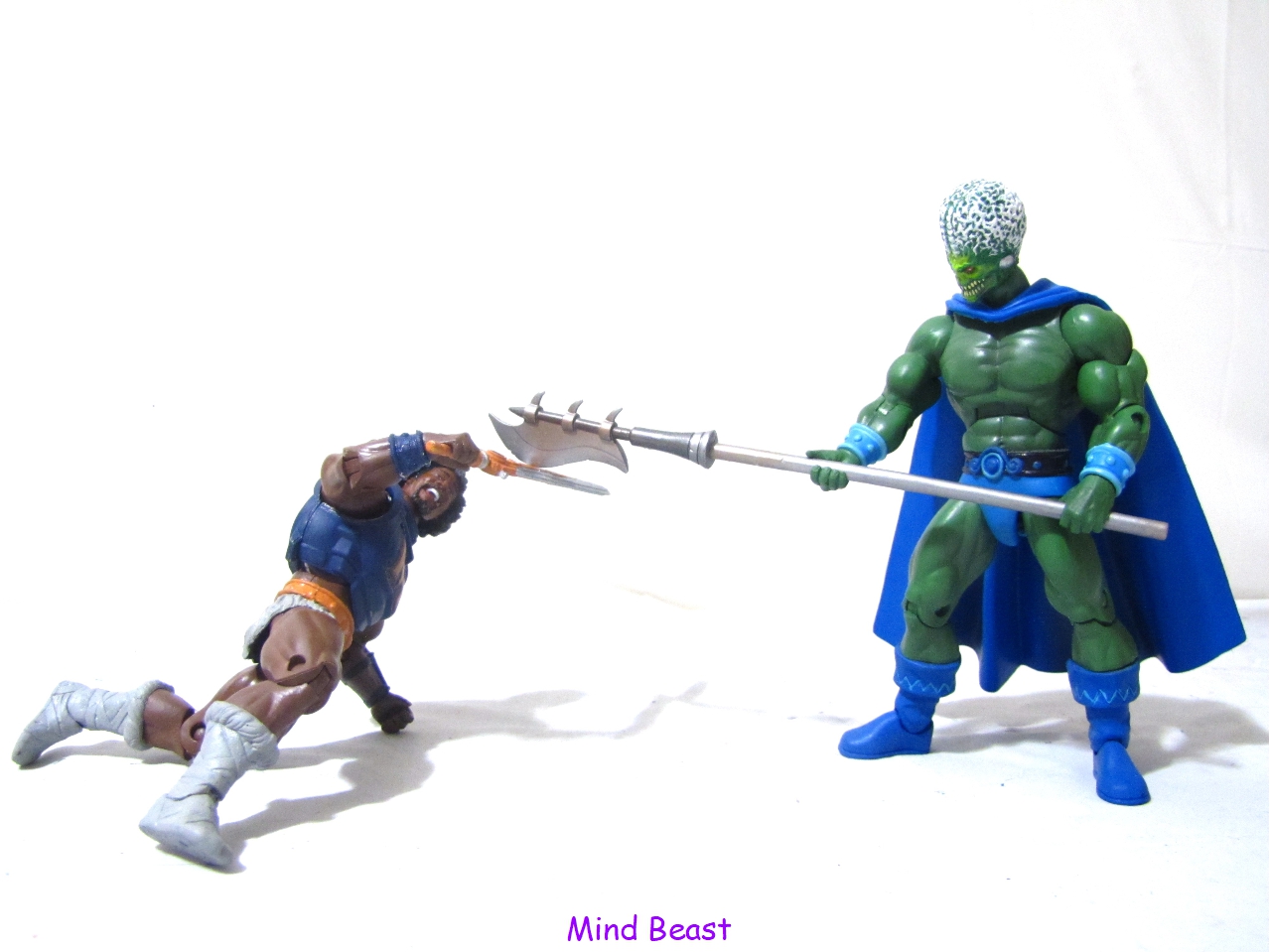 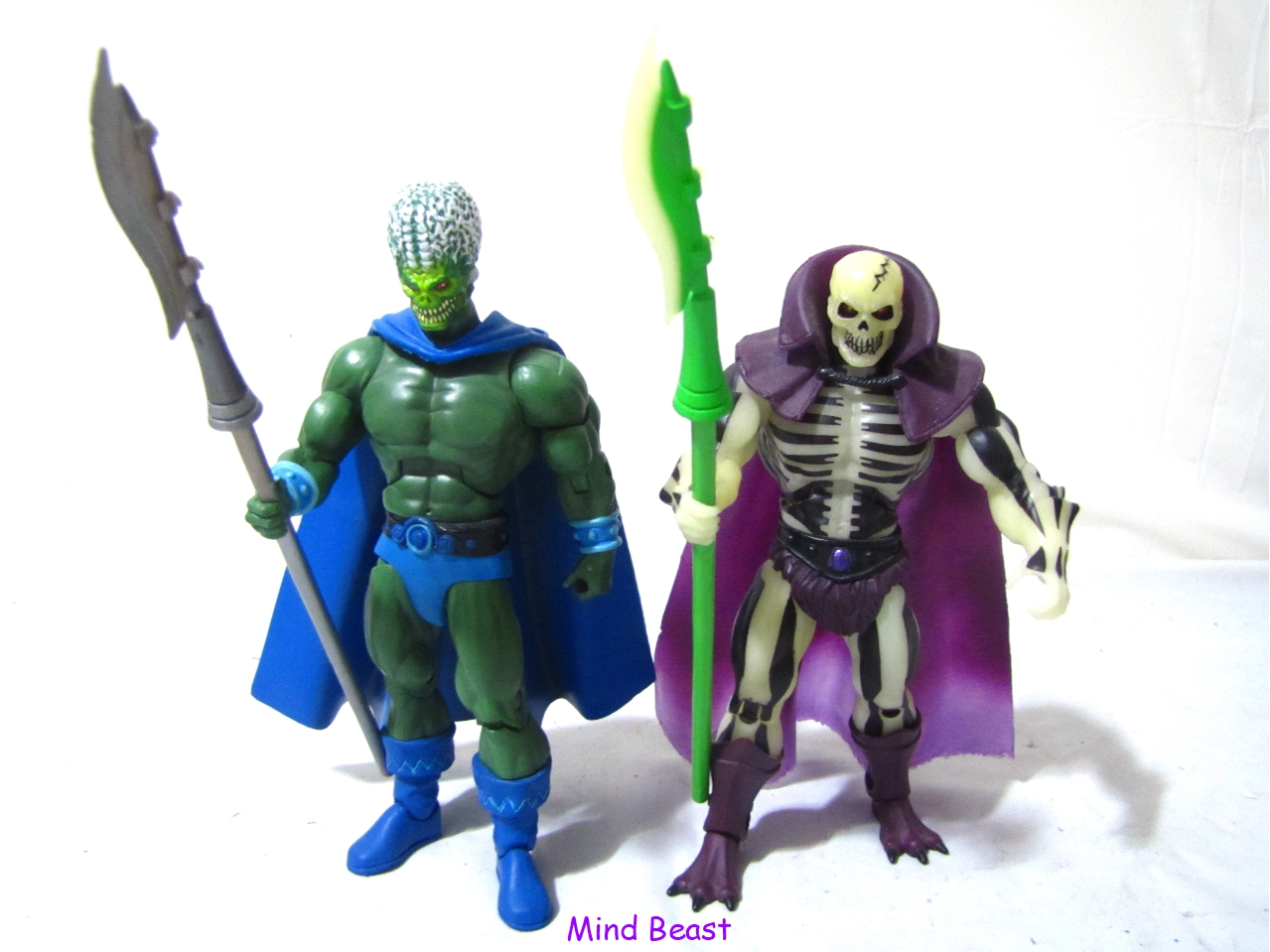 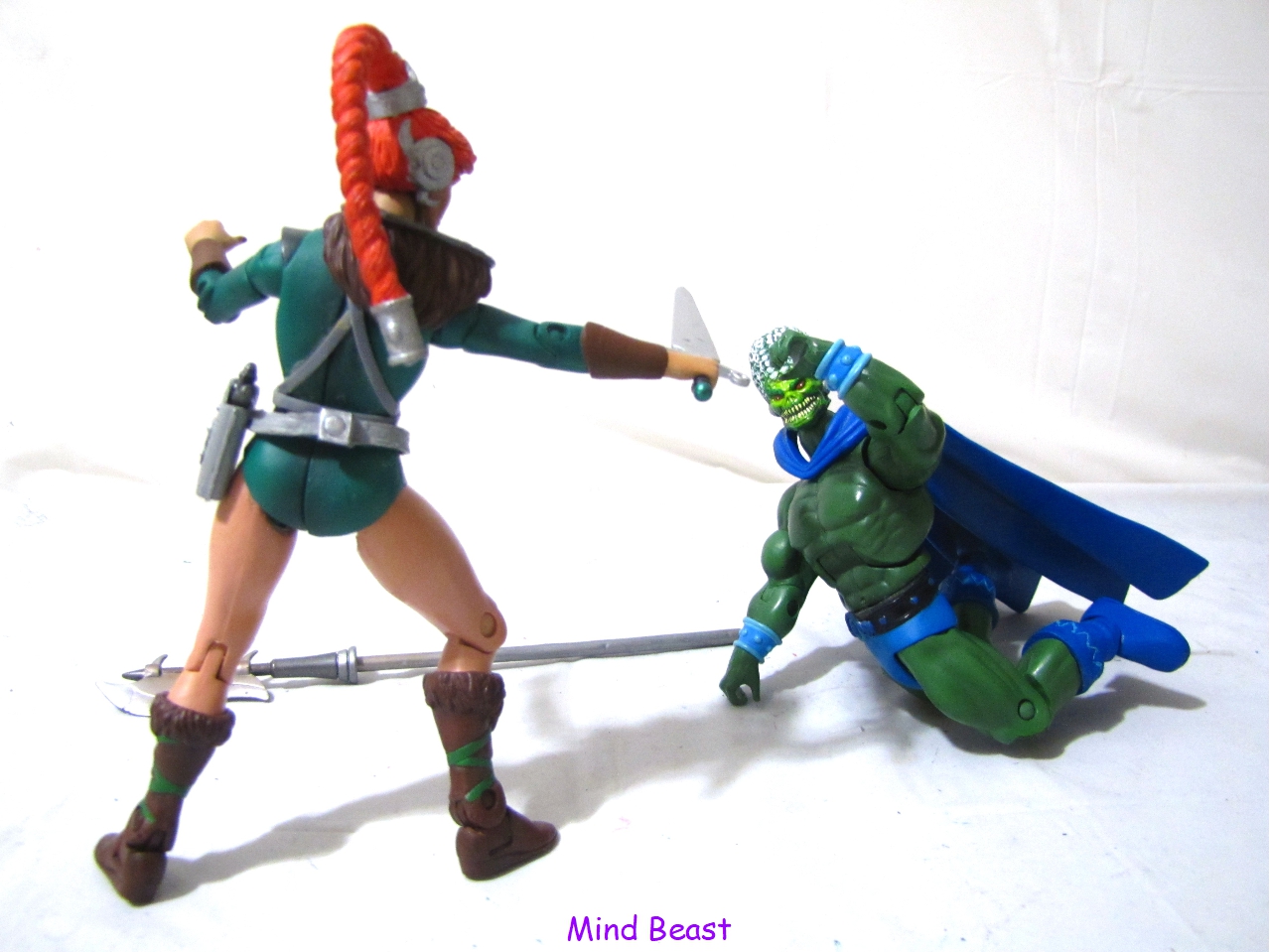 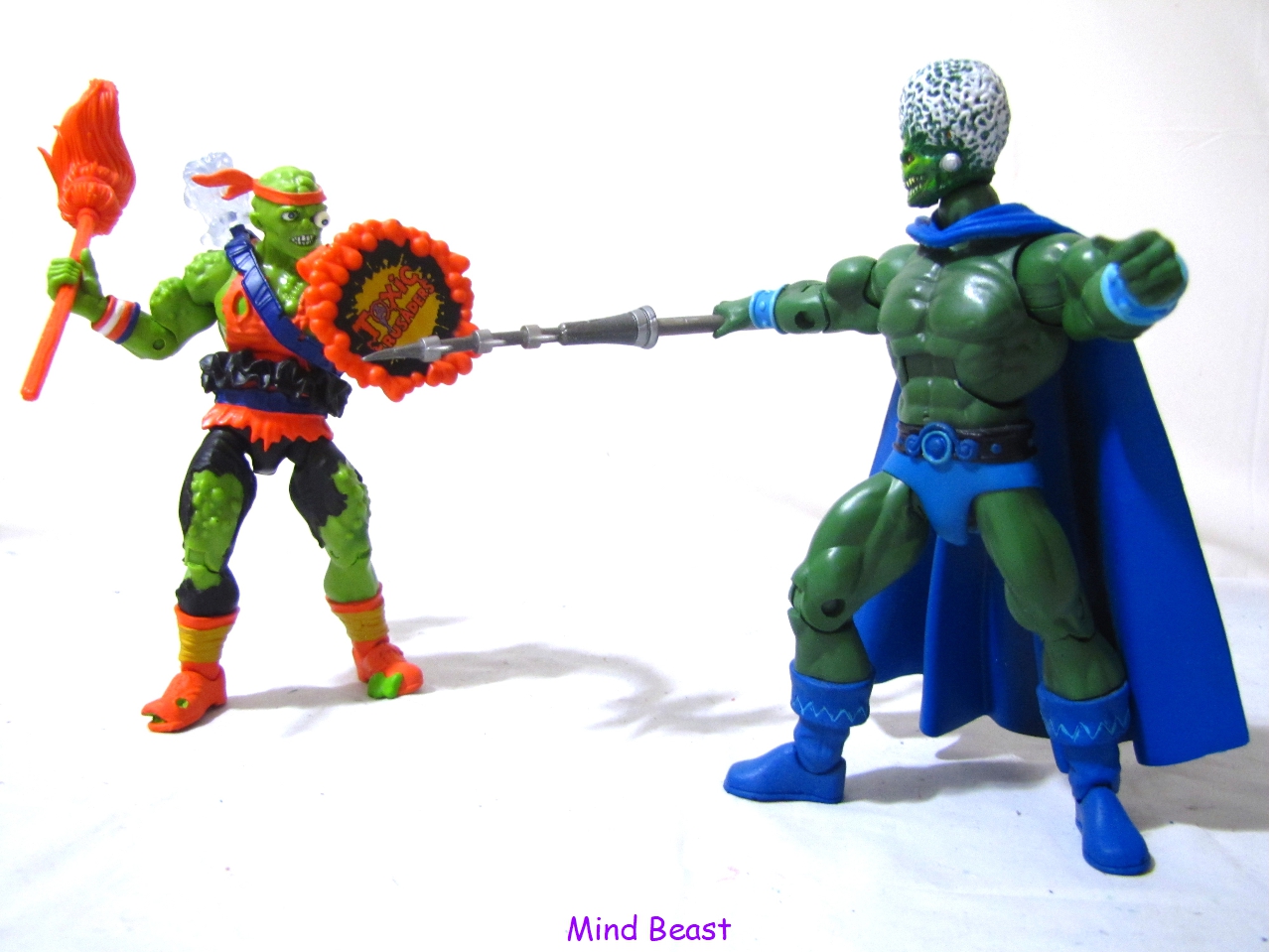 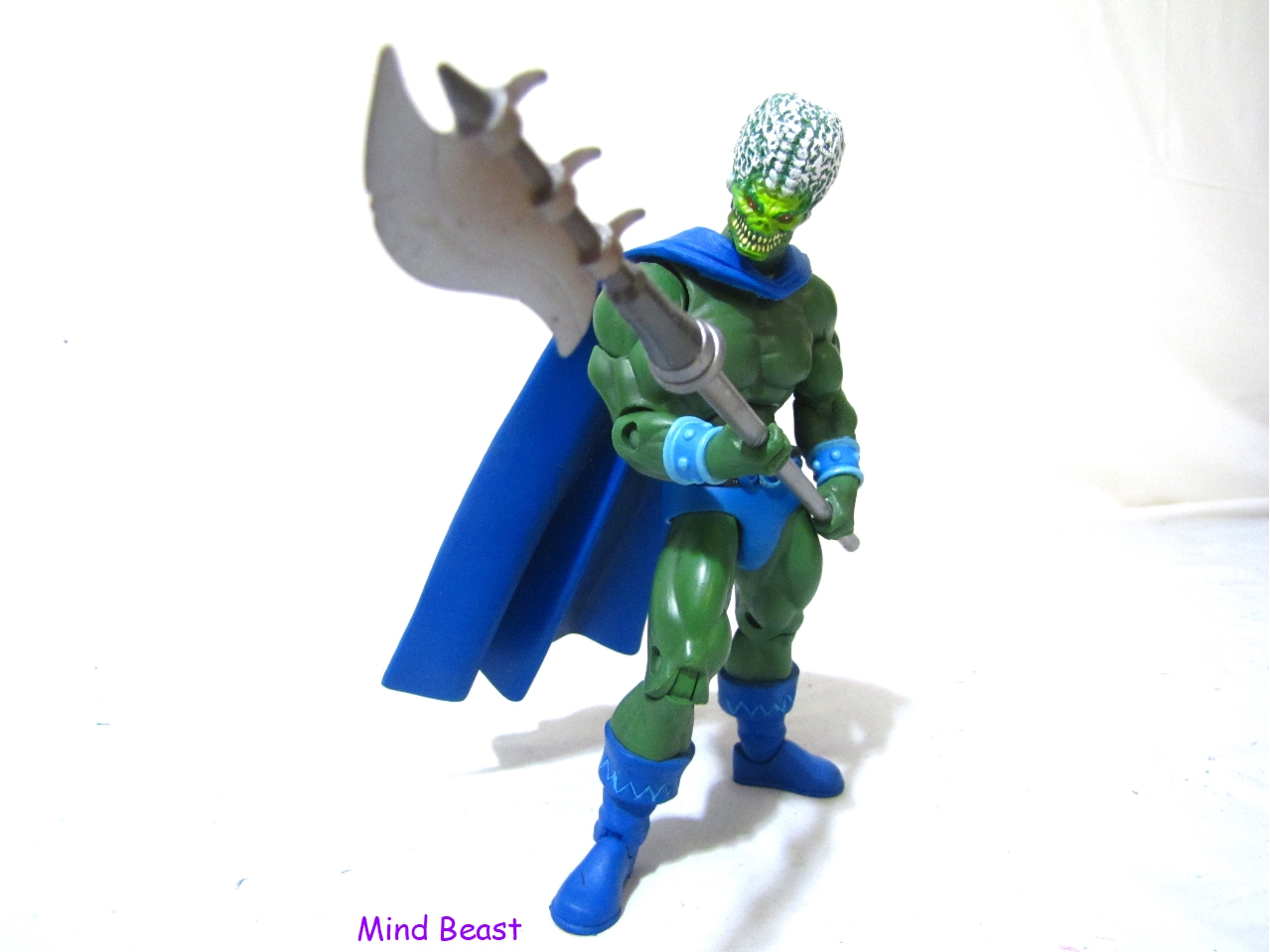 Evil Fear Vampire
During an attack by Blade & Saurod, Man-at-Arms was injured by Saurod's new sparks. Teela & Adam flew in the Wind Raider to Helios above the Sands of Time to get the Healing Gem of Helios, placed there by the Cosmic Enforcers for safe keeping.
In order to get the Healing Gem & save Man-at-Arms, Teela had to face the Mind Beast in the Maze of Madness. But she was incapacitated by the Mind Beast's power to make people see their greatest fear.
When The Mind Beast was defeated by He-Man, he left Helios & searched for his creator, Shokoti. Instead, he was found by Scareglow who felt the Mind Beast's fear energy & brought him back to Snake Mountain to serve as one of Skeletor's Evil Warriors, feeding on the fear of others.

Posted by PhantomZodak at 3:54 PM No comments: