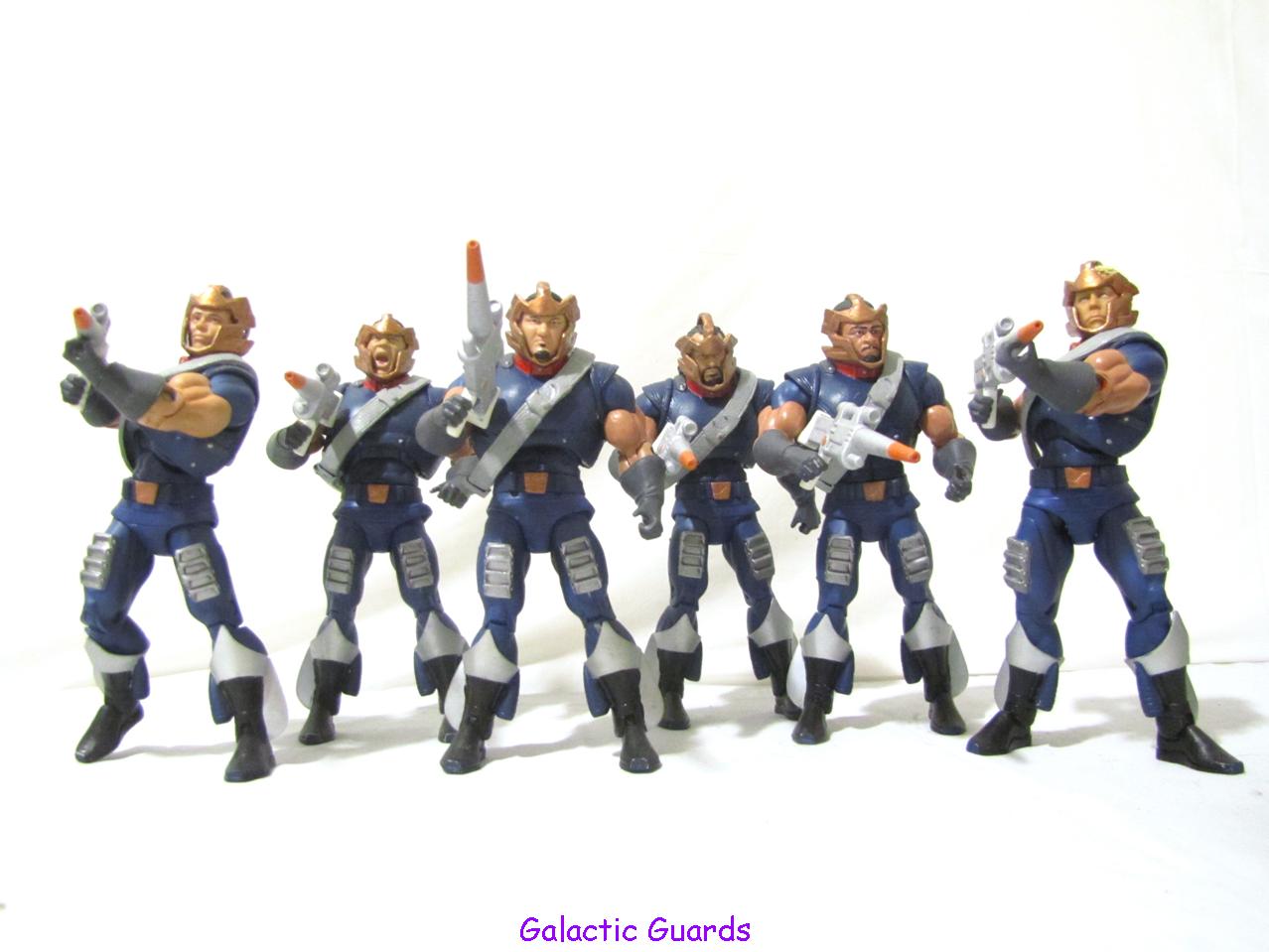 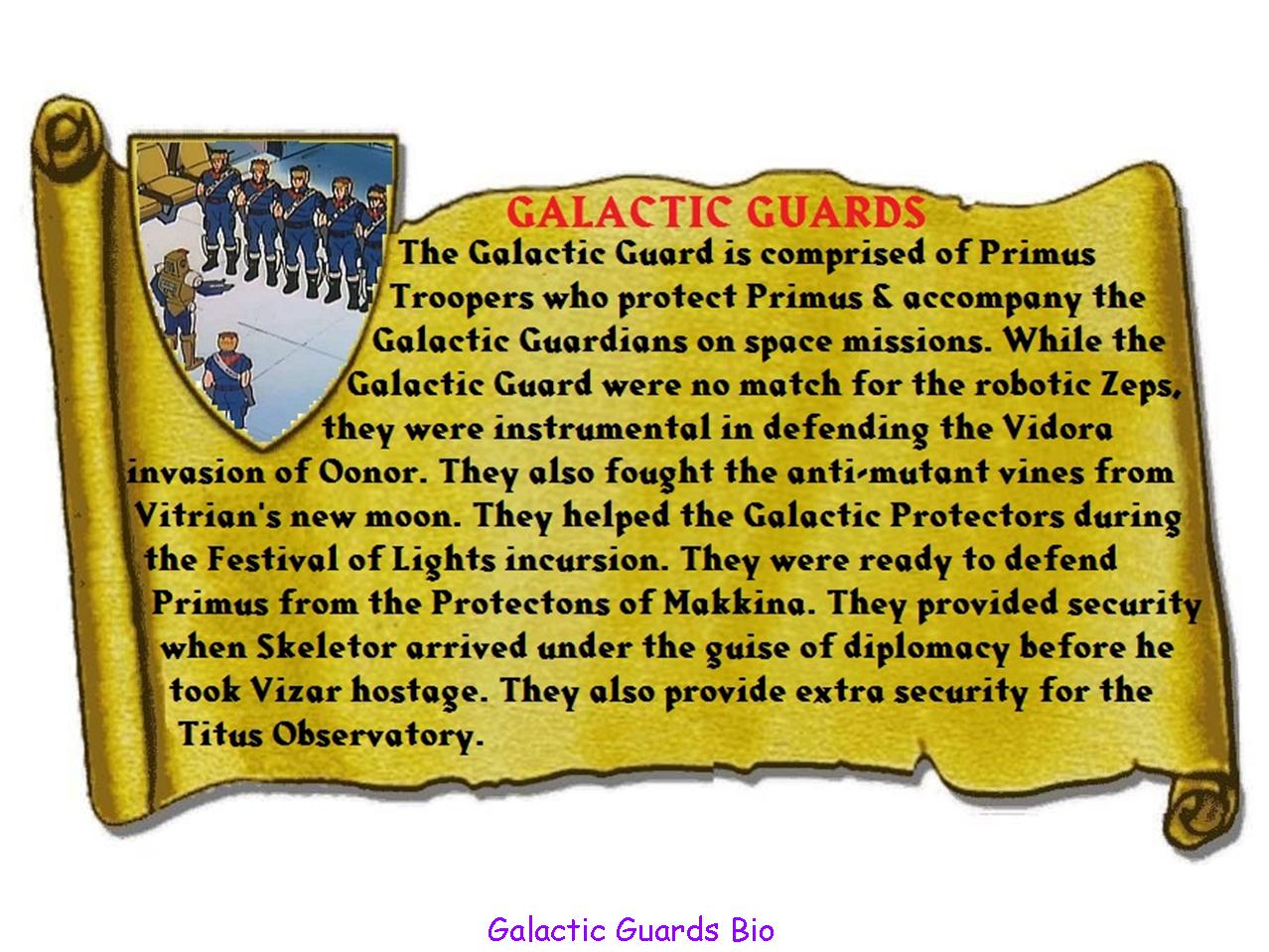 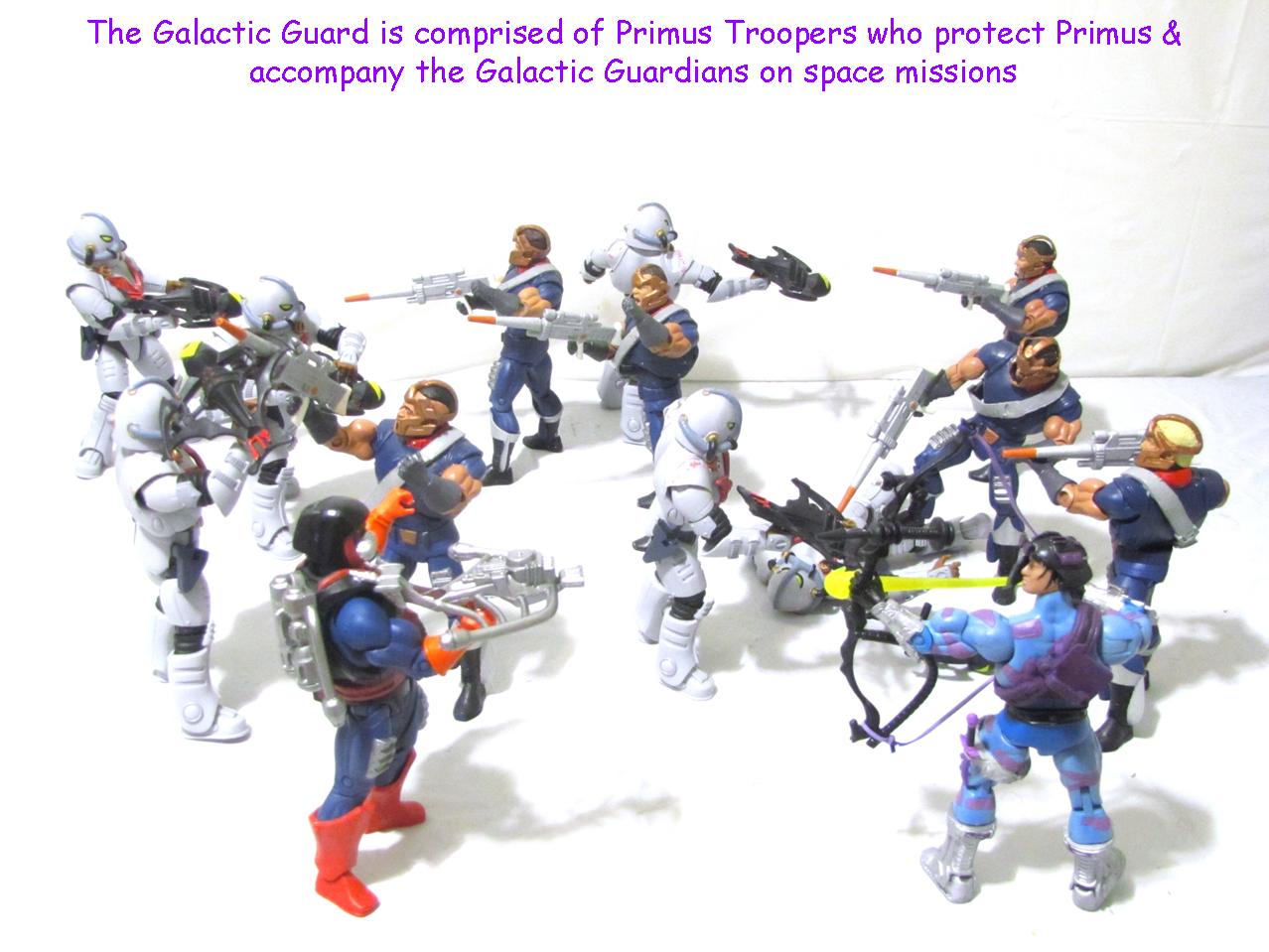 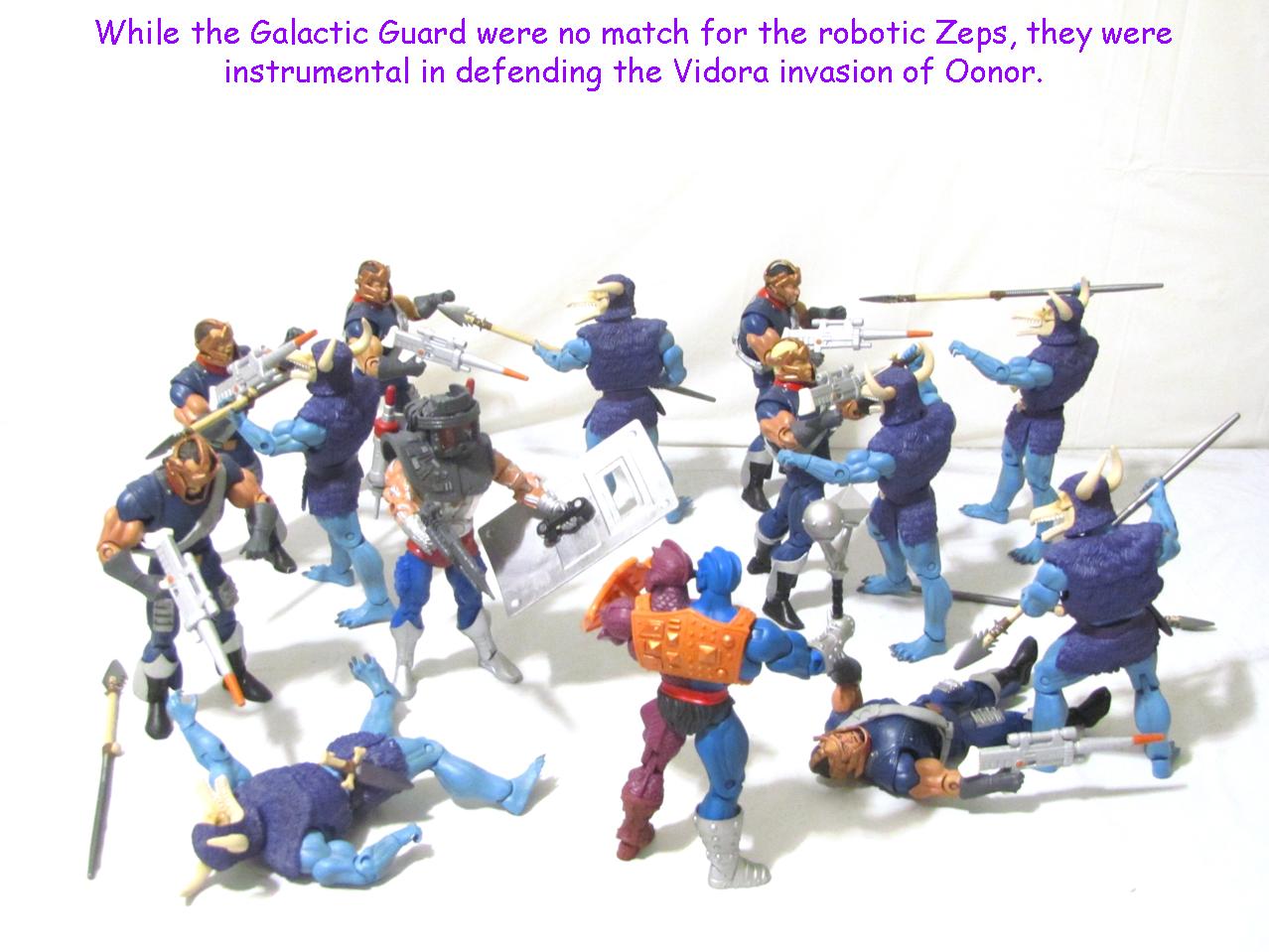 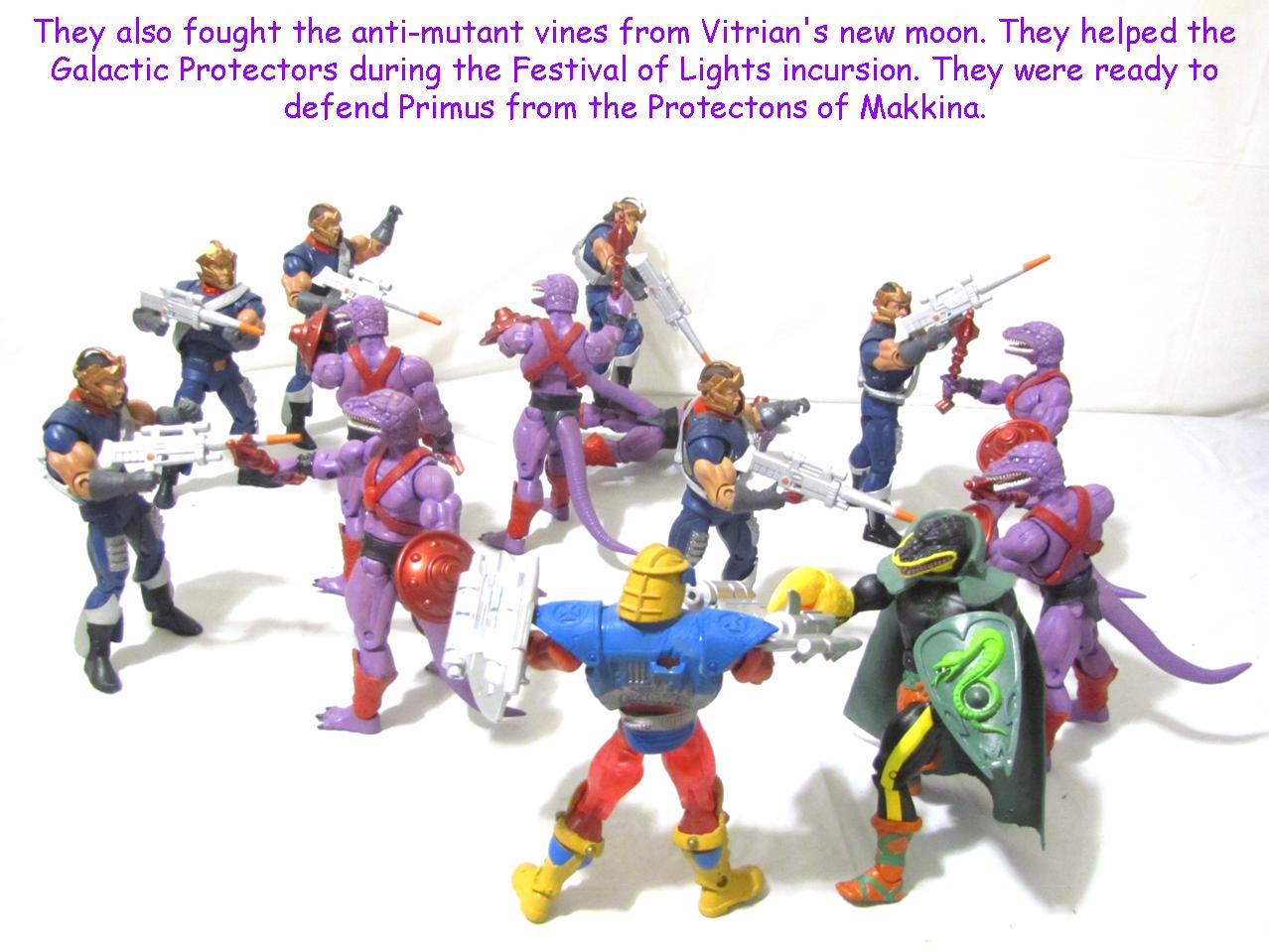 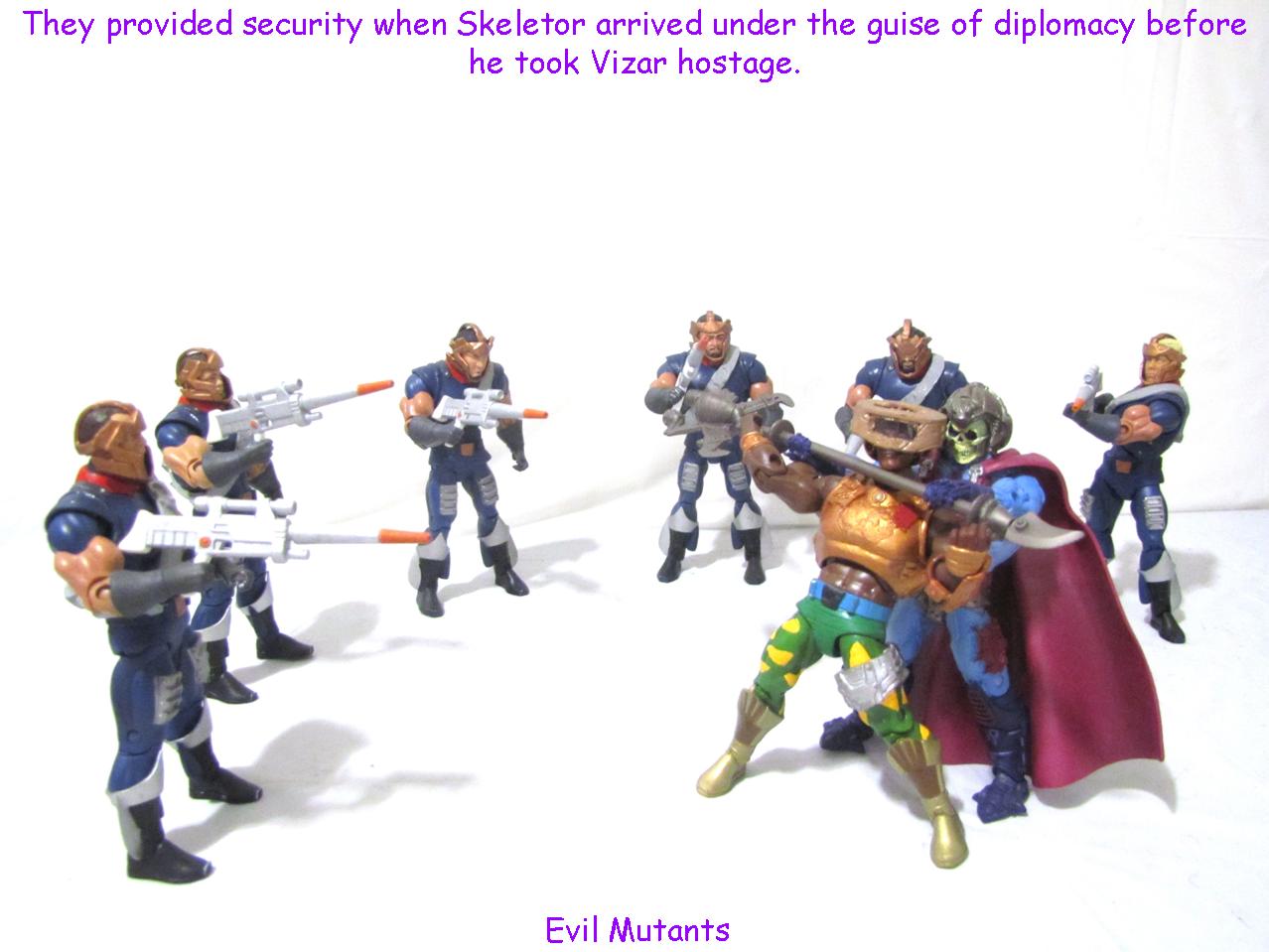 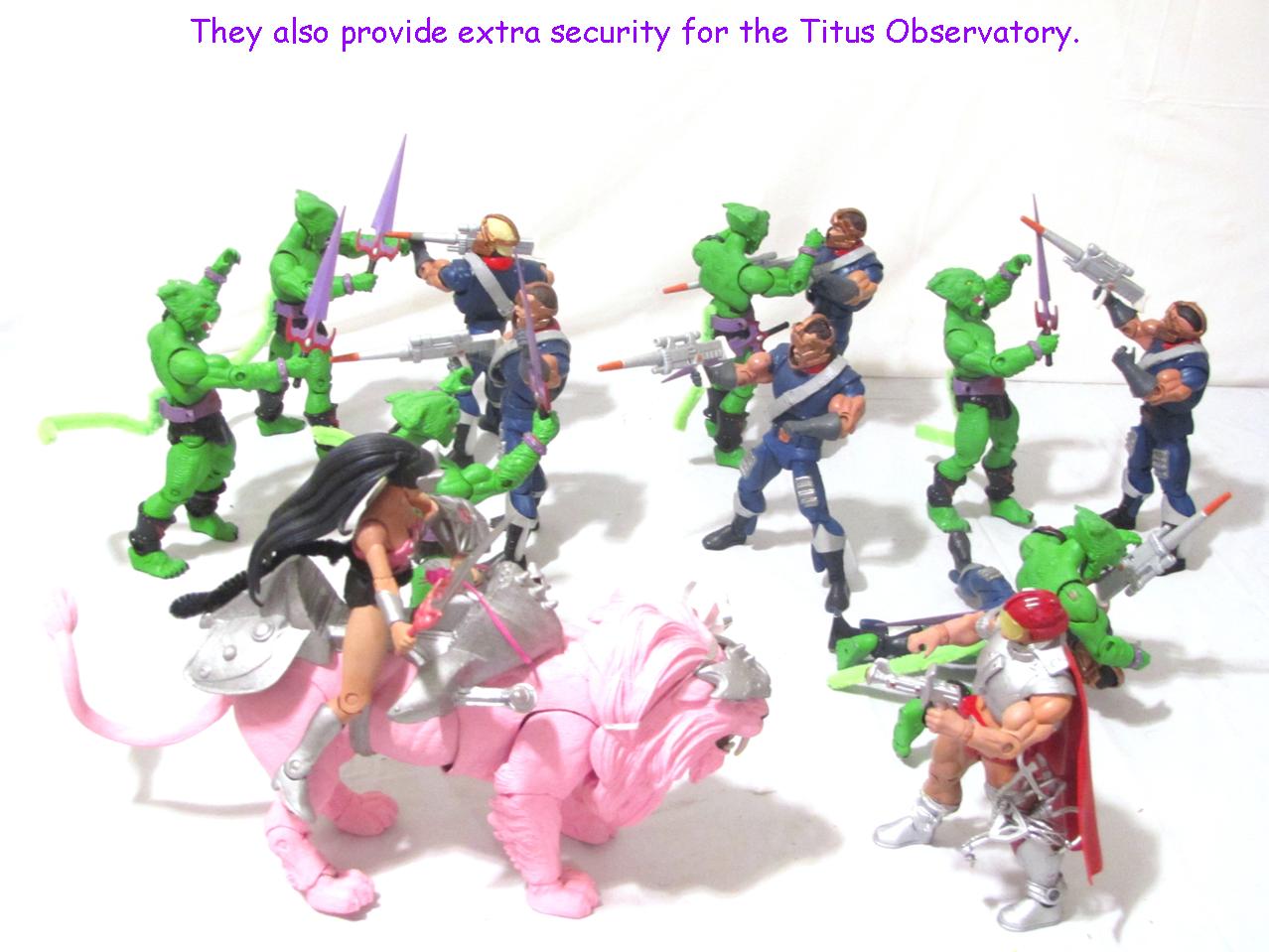 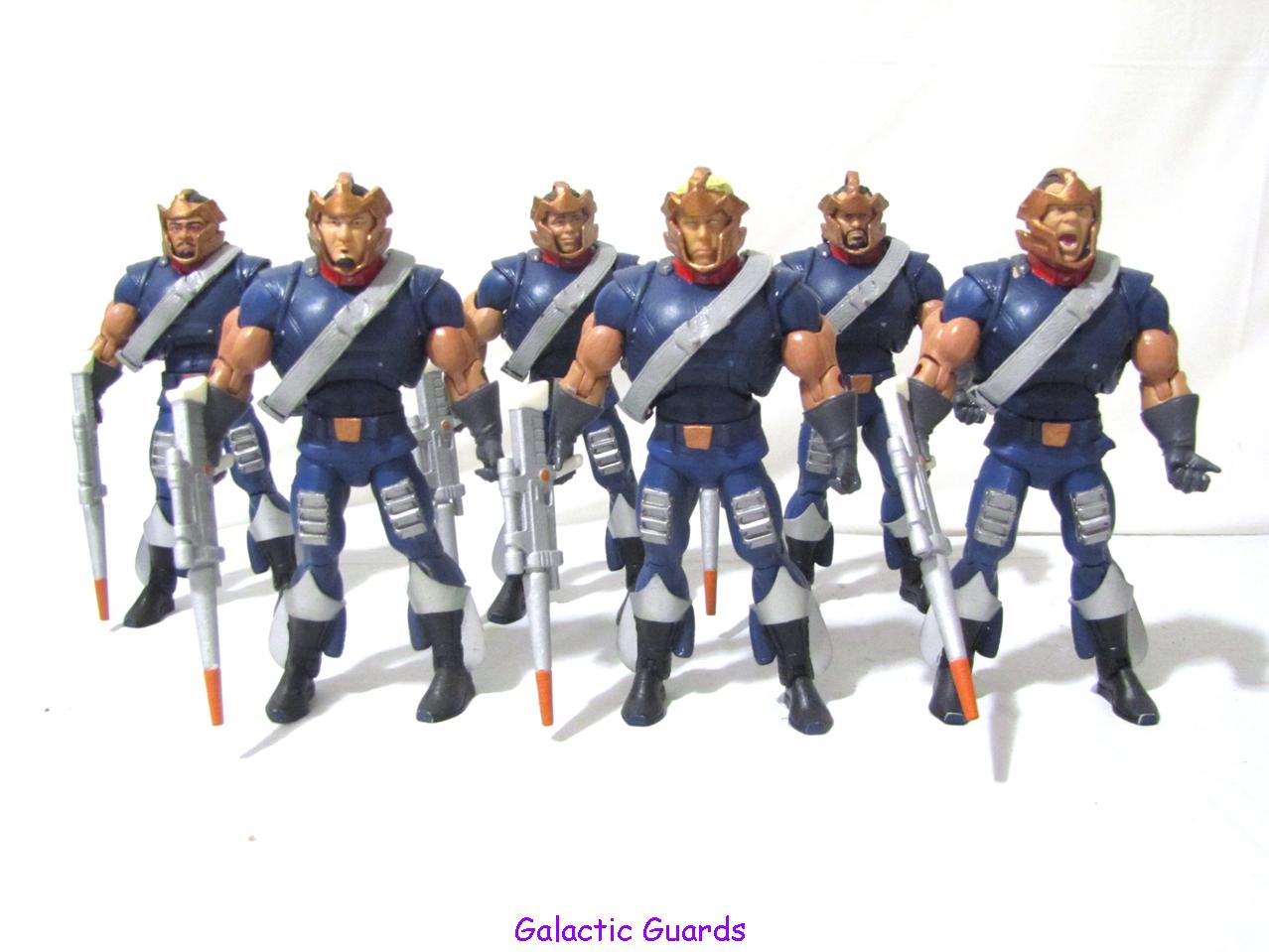 New Adventures anniversary continues! These guys were in the cartoon. They were infantry.

The Galactic Guard is comprised of Primus Troopers who protect Primus & accompany the Galactic Guardians on space missions. While the Galactic Guard were no match for the robotic Zeps, they were instrumental in defending the Vidora invasion of Oonor. They also fought the anti-mutant vines from Vitrian's new moon. They helped the Galactic Protectors during the Festival of Lights incursion. They were ready to defend Primus from the Protectons of Makkina. They provided security when Skeletor arrived under the guise of diplomacy before he took Vizar hostage. They also provide extra security for the Titus Observatory.
Posted by PhantomZodak at 10:18 PM No comments: