Josh is based on the top & left images from his appearance in the mini-comic Across the Crystal Light Barrier (I ignored his shirt on the right because it looks like a mistake).

I used He-ro's limbs & head on a Mo-larr body. I even wrote up a Bio for him:

An expert at wielding the Morning Star, he was called "the bashasaurus" by those he had defeated in combat. Josh was quick to anger, until he met Glimmer. They began a romantic relationship & would often go on picnics to enjoy Potato Salad.

As a member of The Great Rebellion, he followed Glimmer to Eternia to join the renegade Masters of the Universe and continue the fight against The Evil Horde. Leading the Brightmoon guards, they killed many Snakemen & destroyed countless Horde troopers.

After She-Ra left Eternia for the stars, Josh returned to Etheria amd married Glimmer. He sits besides the Queen of the Kingdom of Brightmoon as her husband. 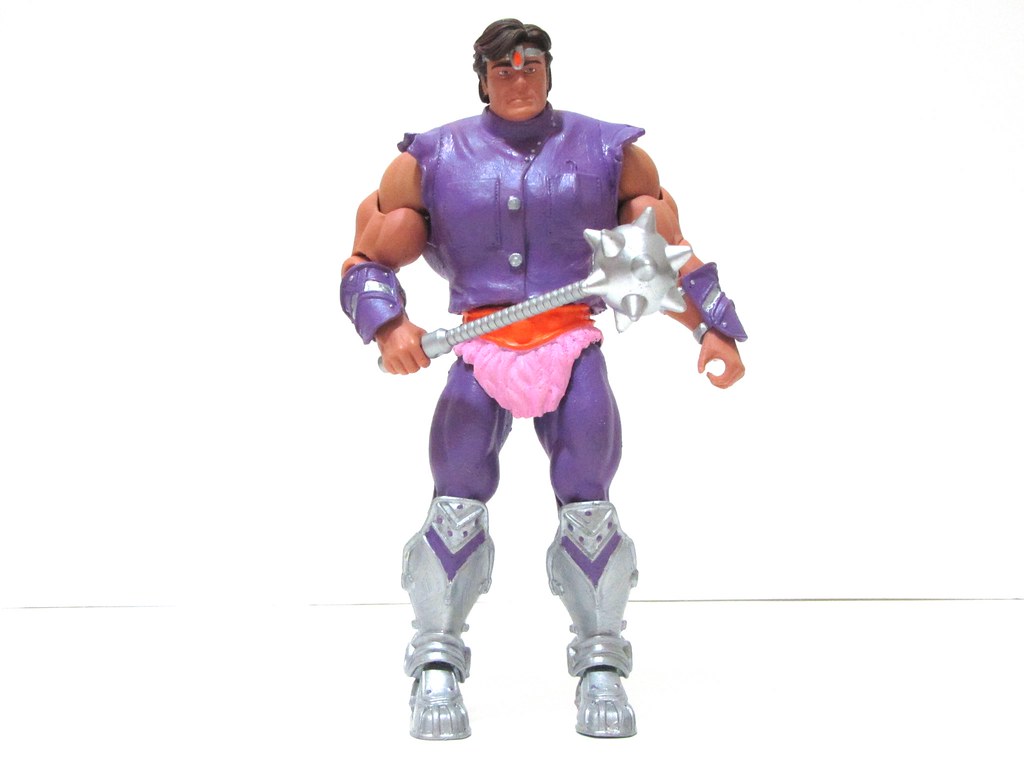 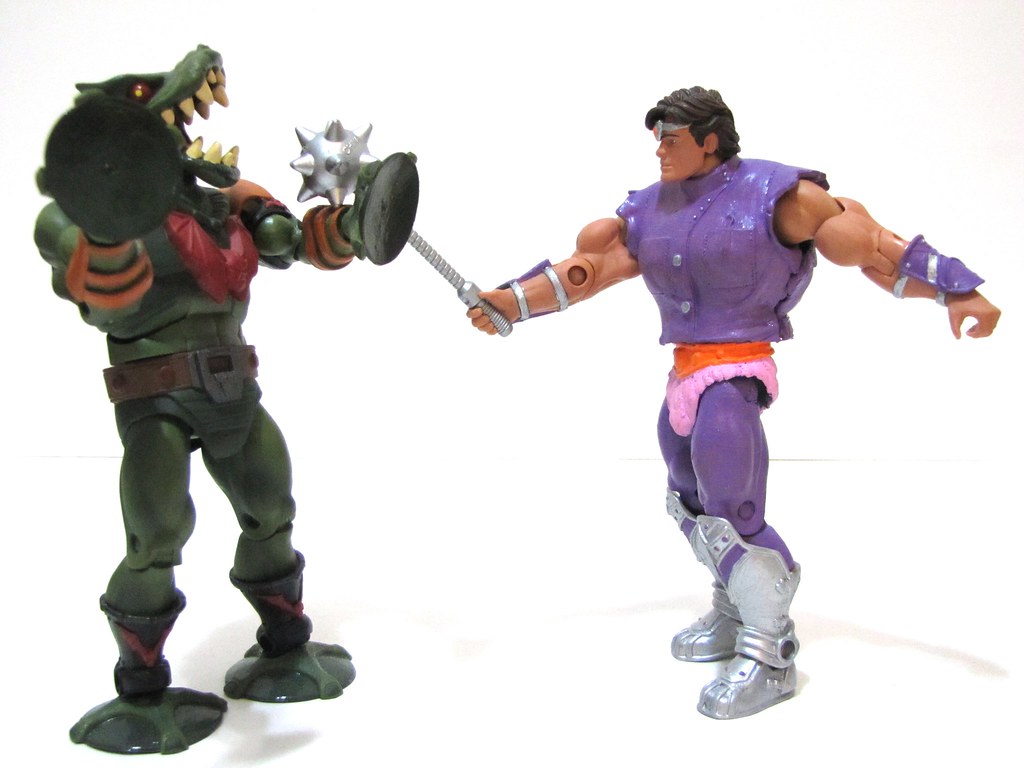 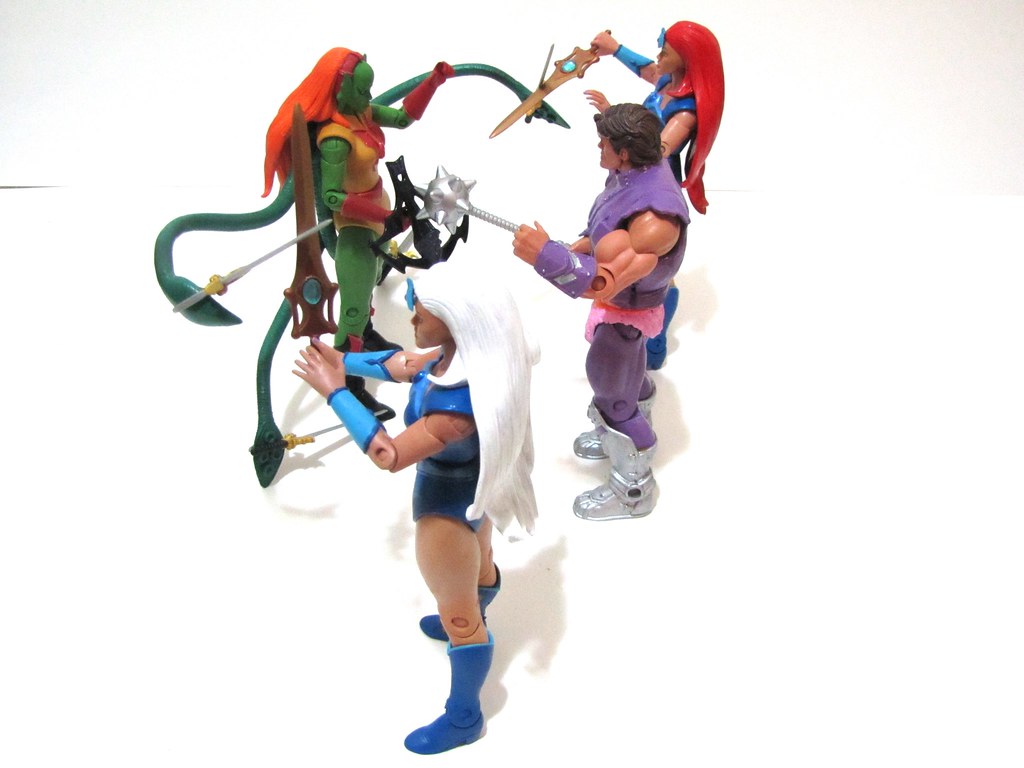 Bros of The Great Rebellion! 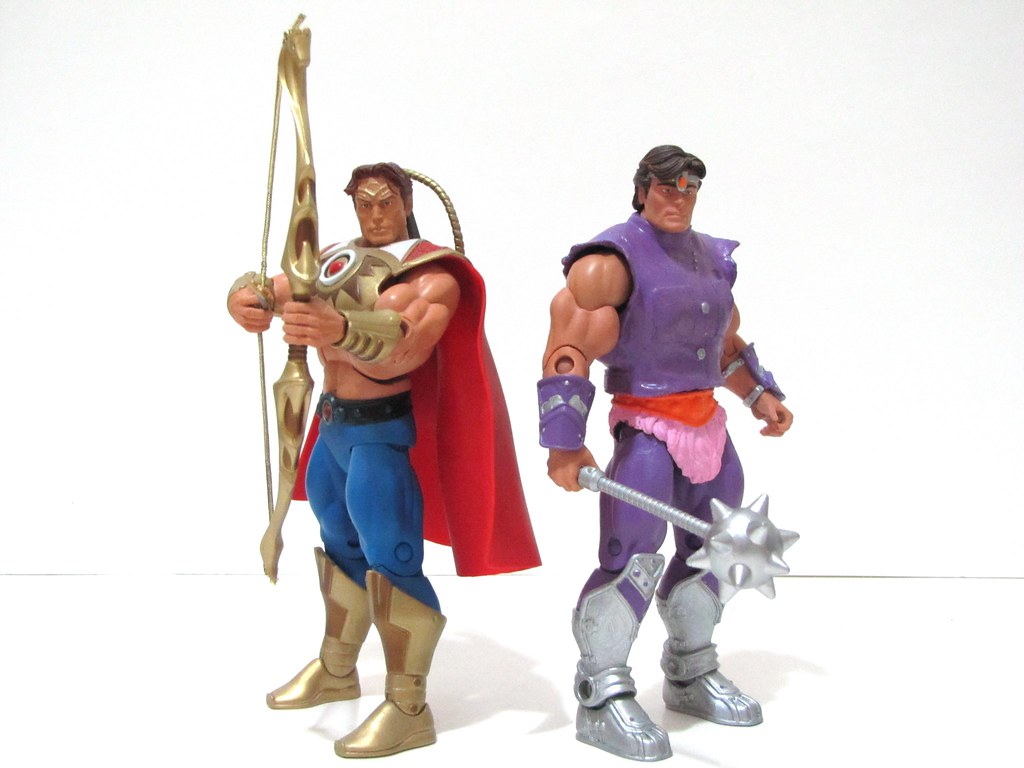 Posted by PhantomZodak at 1:44 PM No comments:

I sanded off the tab on the back of her neck so she can turn her head & look to the side. I also gave her a shield & replaced the gemstone with a green one. 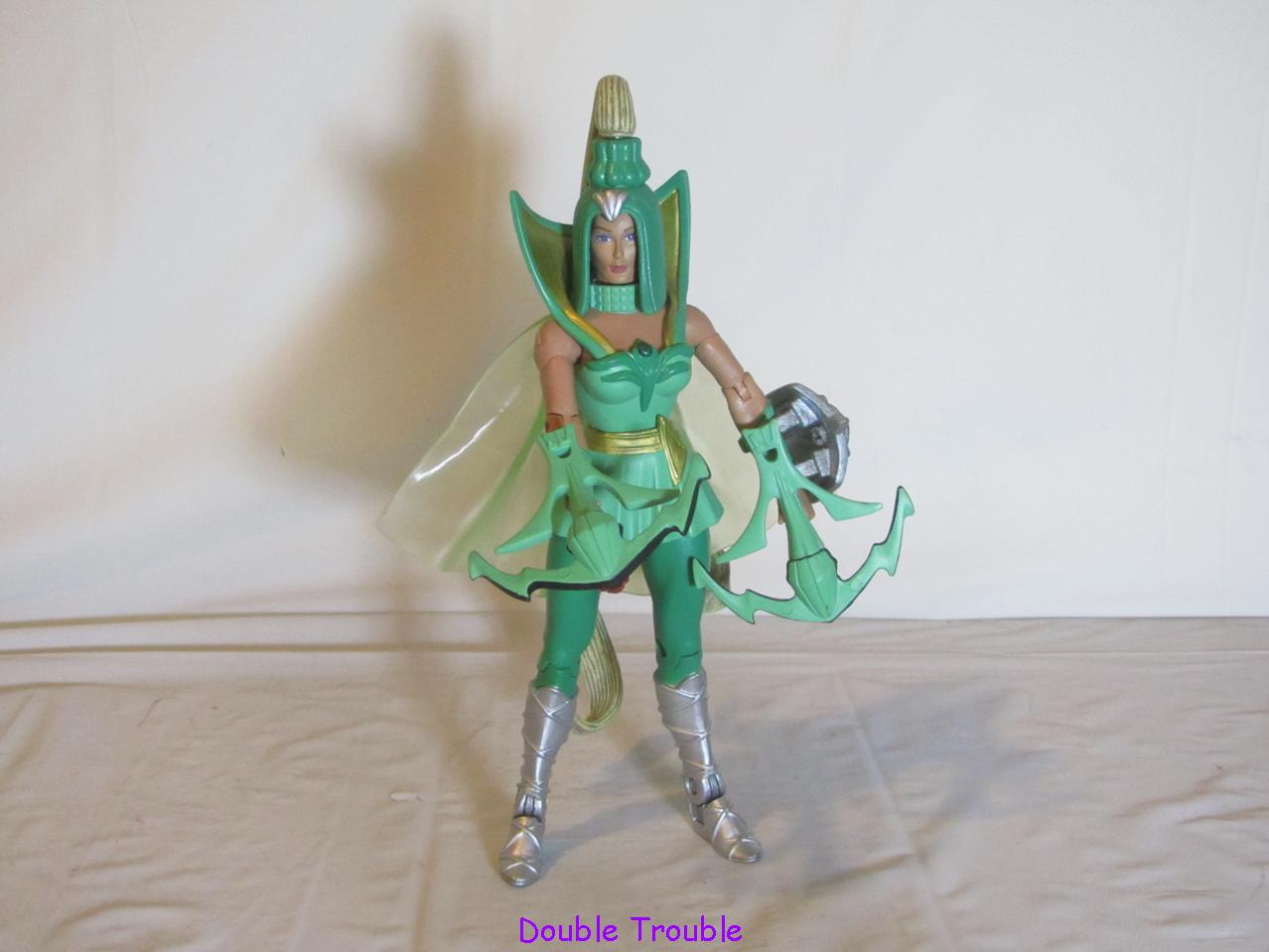 Fighting for the great Rebellion: 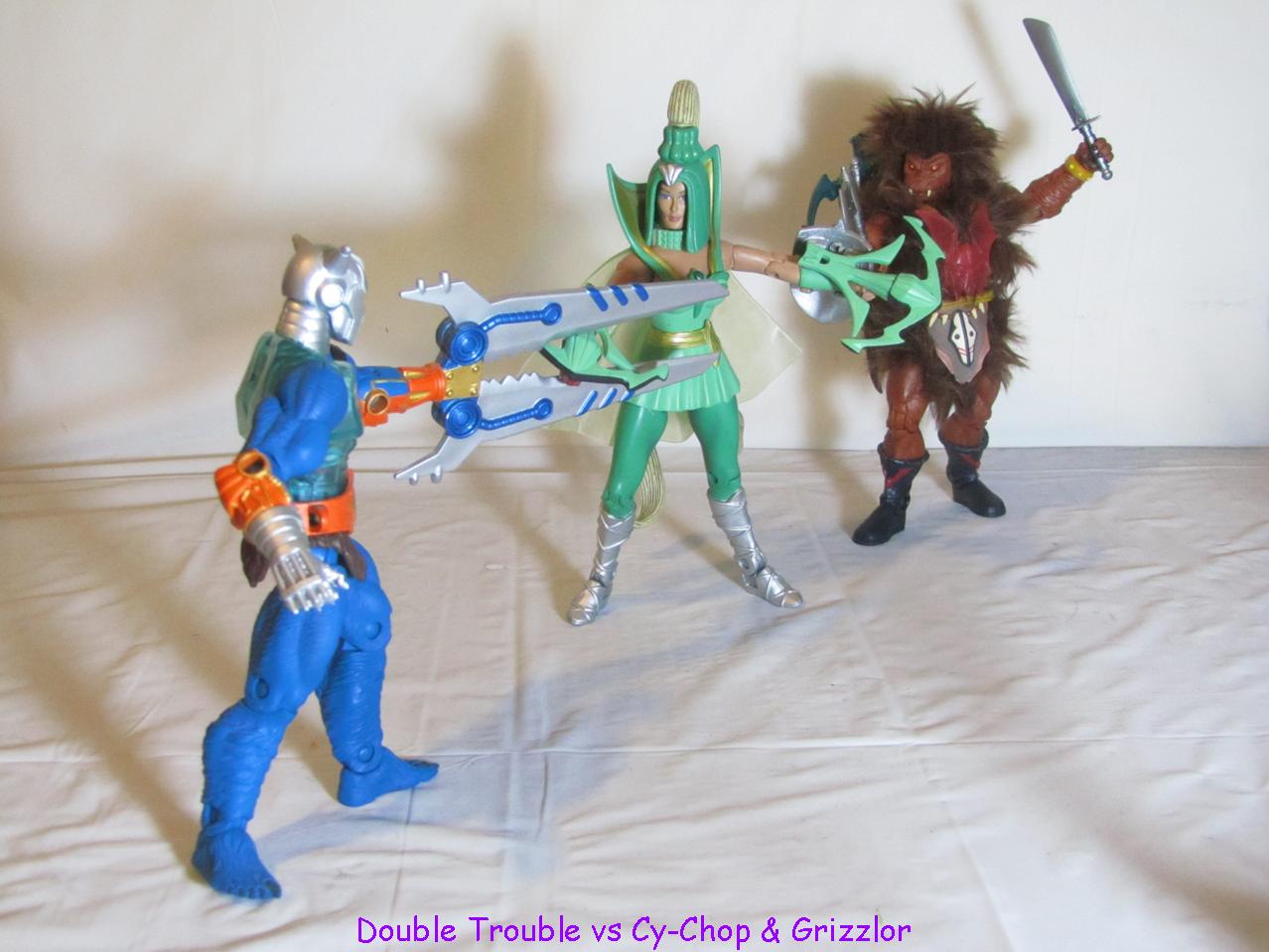 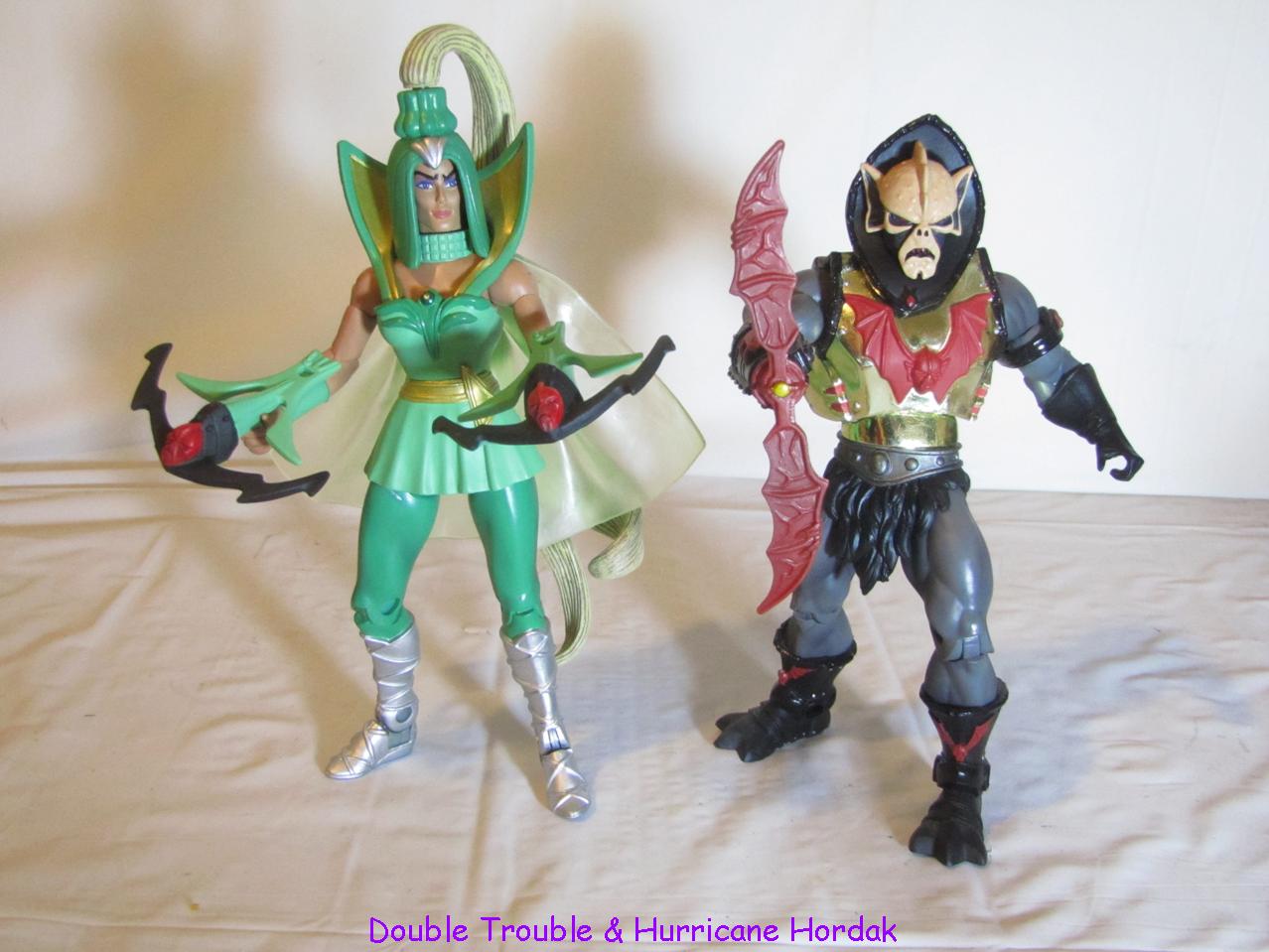 With all her weapons, ready for a fight: 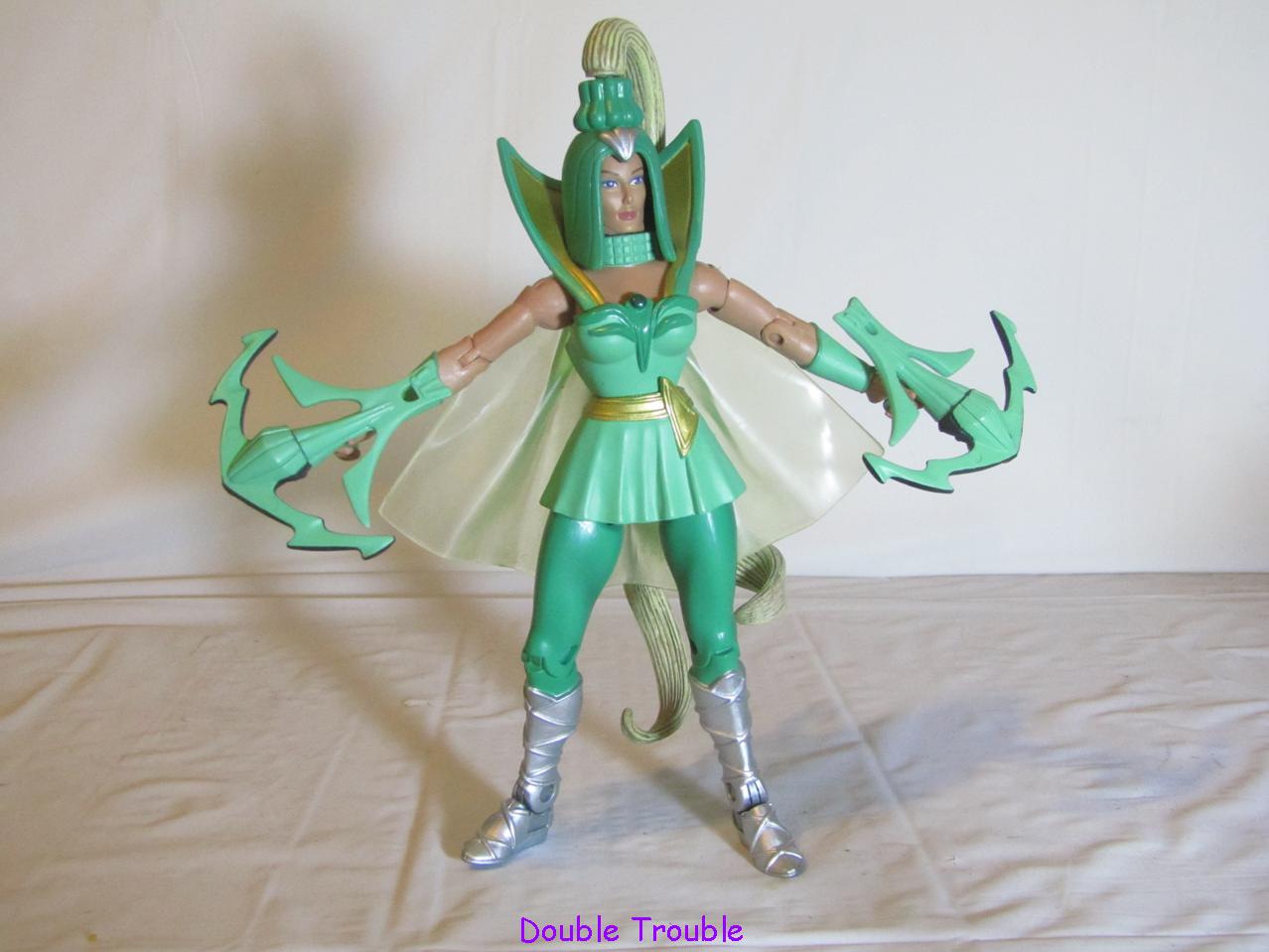 Here she is with her vintage figure: 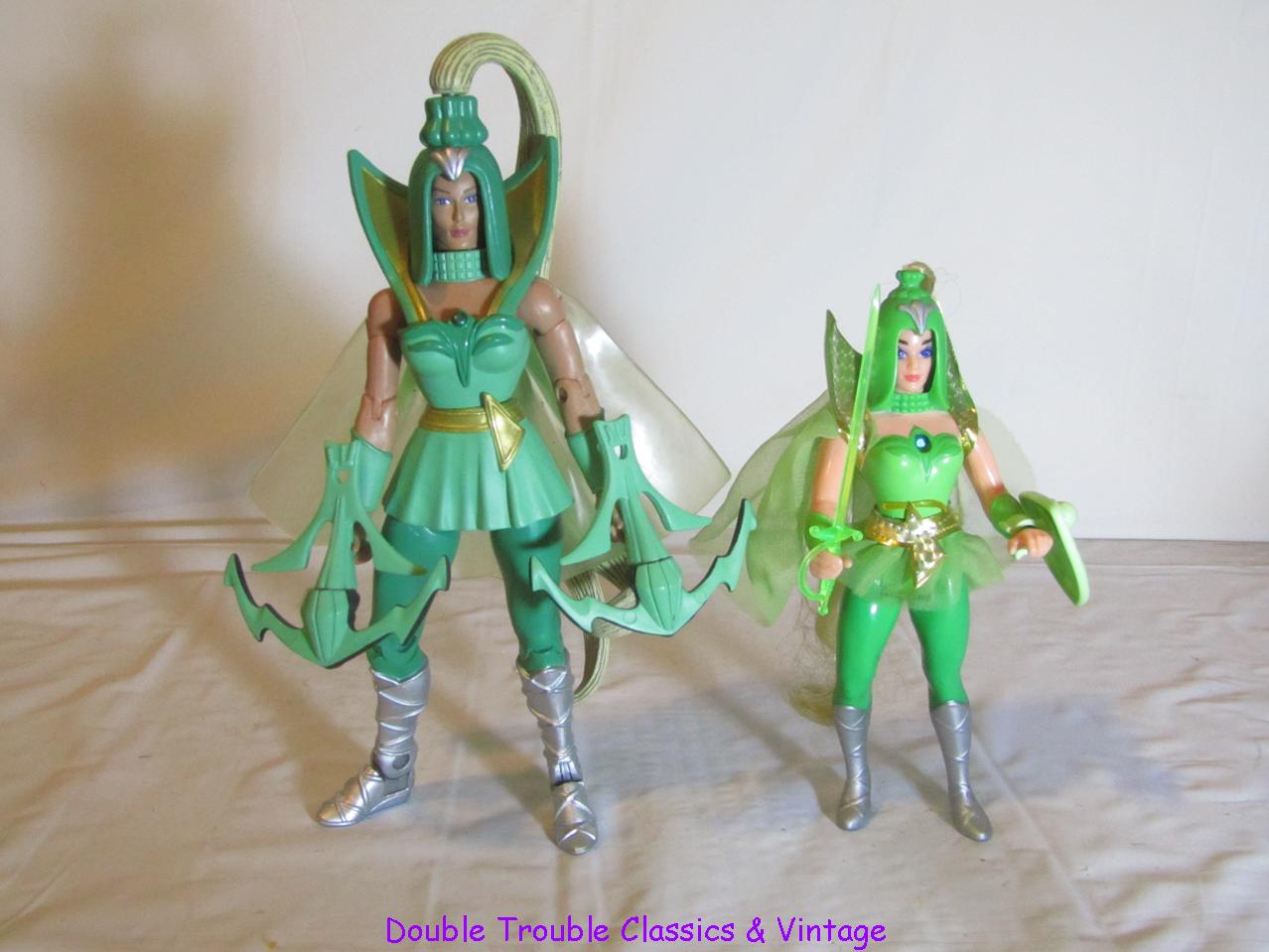 So, not many changes but I think she is way better now. 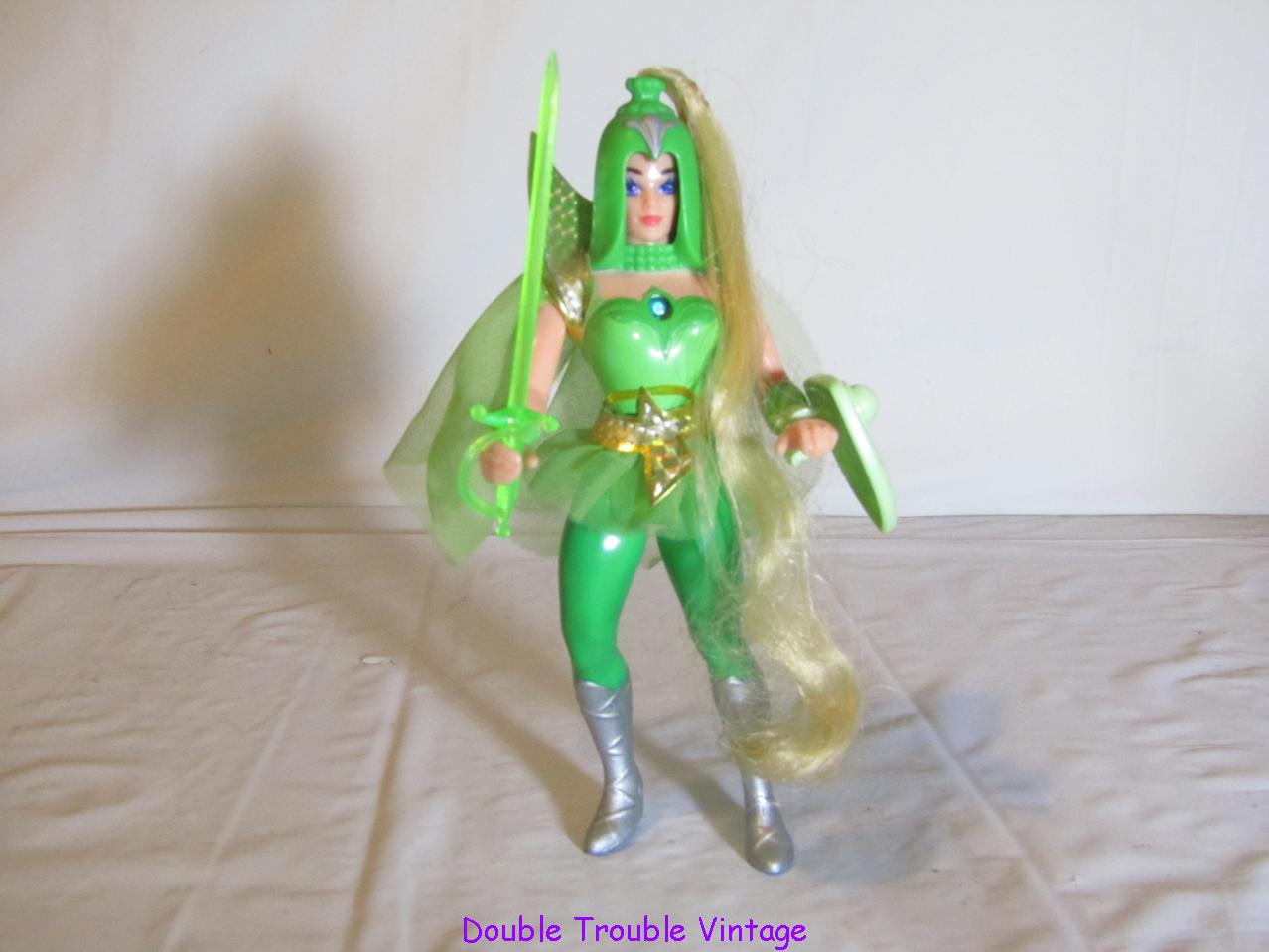 Posted by PhantomZodak at 10:21 AM No comments:

The Brightmoon Palace Guards are from the She-Ra cartoon. Below Adora leads them in a fight against Catra & some Horde Troopers. I finally painted the cartoon accurate Orb Staffs that I bought from Shapeways. 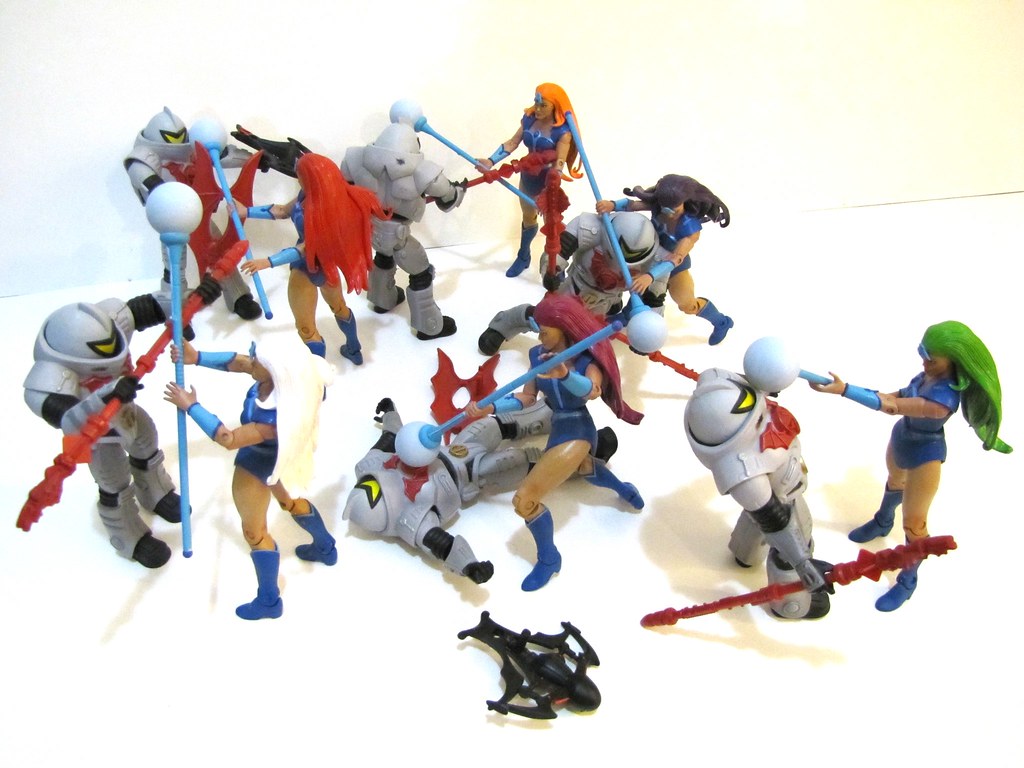 The Orb Staffs are awesome but I still like the gold swords so those will be their back-up weapon.

Posted by PhantomZodak at 5:36 PM No comments:

The original Glimmer action figure from the 80s looked more like a warrior because it looked like she was wearing chain mail & armor. When I received the FAILmation color Glimmer I painted over the FAILmation colors so she went from aerobics instructor to warrior. I also painted a Bubble Power She-Ra shield for her.

Posted by PhantomZodak at 2:51 PM 2 comments:

I made a bunch of my favorite Comic Book superheroes into Masters of the Universe style customs. Yes, Batman was one of them. (Who doesn't like Batman?)

I made this from a Remco AWA Baron Von Rasche. He's handpainted by me, even his symbol. I used an umbrella to make his cape & ears. I used lanyard for the rope that is attached to his batarang that I made out of hardened clay so it would fit in his hand. His utility belt is from a knock-off wrestler figure.

I should probably use an official toy Batarang & re-do his cape. 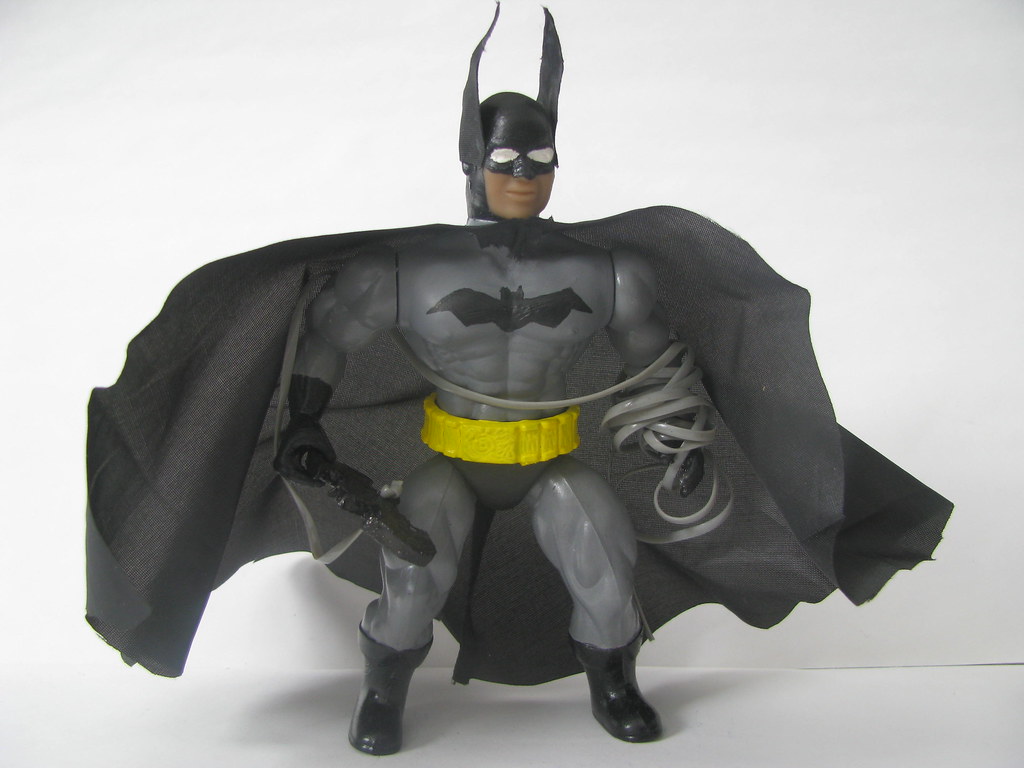 Posted by PhantomZodak at 5:11 PM No comments:

I like all my characters to be similar & because there was no Imp figure in the 80s I made this one to be a similar size. My explanation for this is that when a small contingent of the Horde is trapped on Eternia, Shadow Weaver makes Imp normal sized so that he could be helpful with the rest of the Horde. I used a Leech body with wings from a bootleg Goliath. His head comes from a Hogsqueal.

Posted by PhantomZodak at 2:52 PM No comments: