She appeared in the recent DC comics. I also made Sharella & Uromastyx 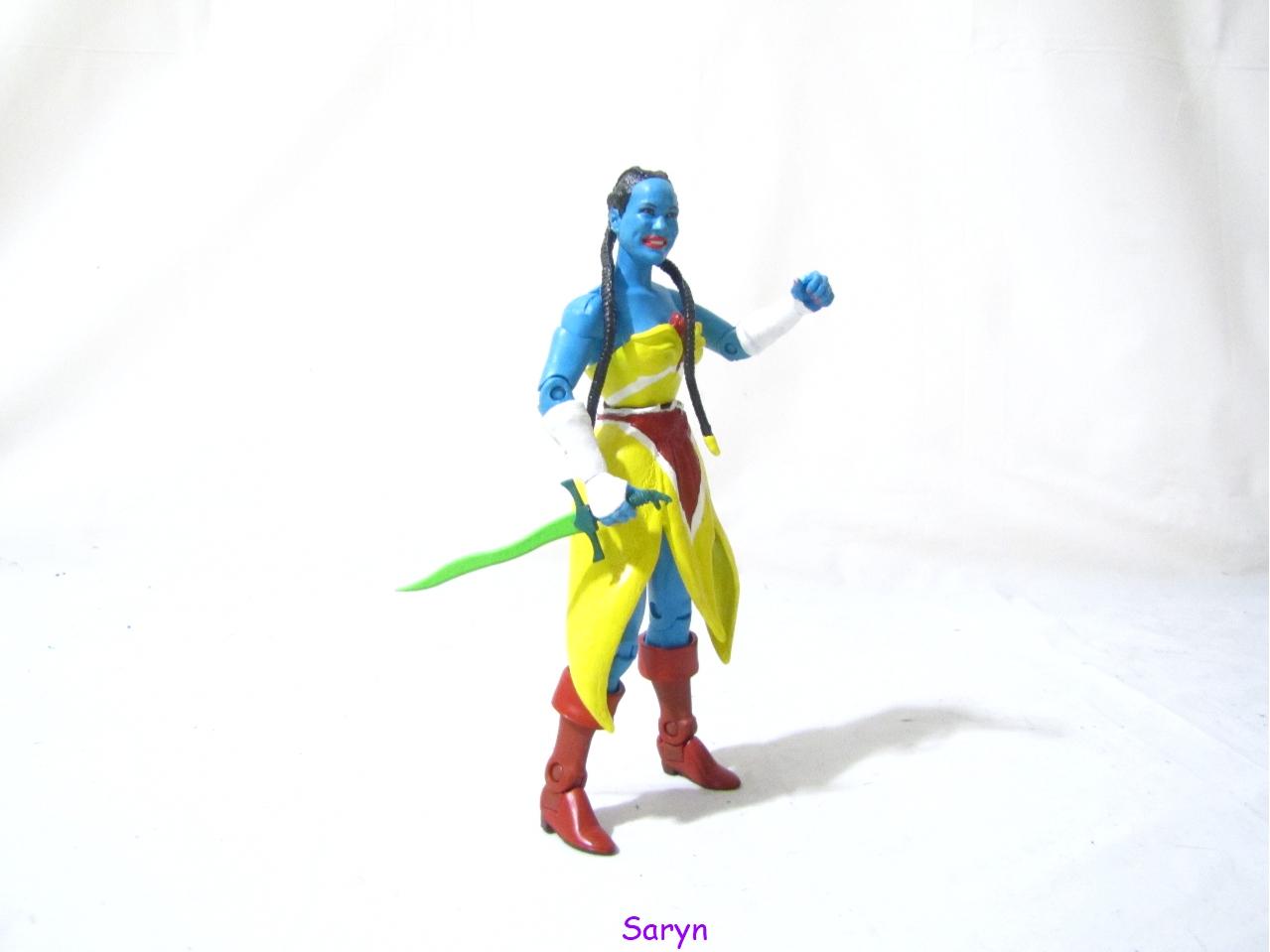 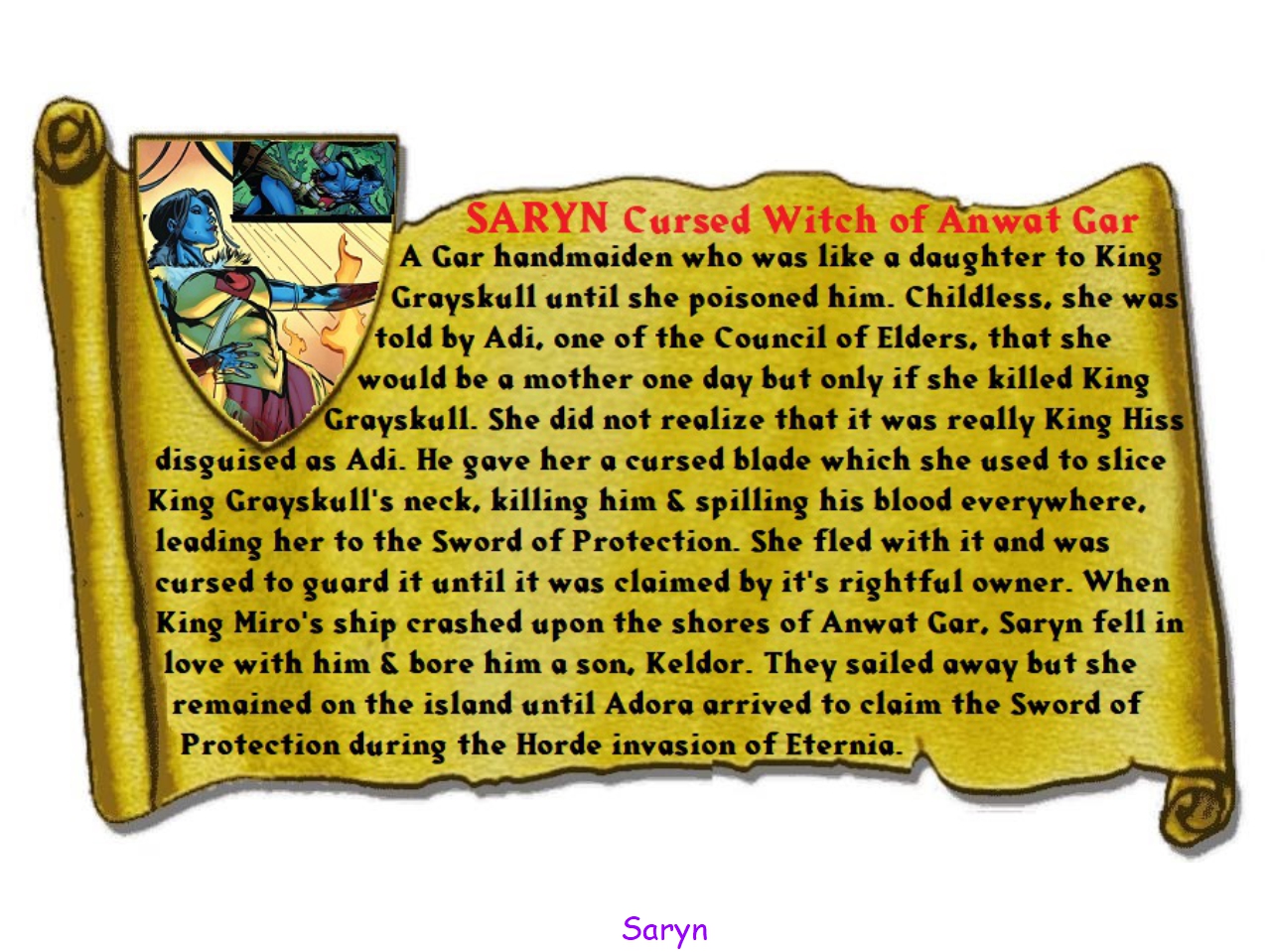 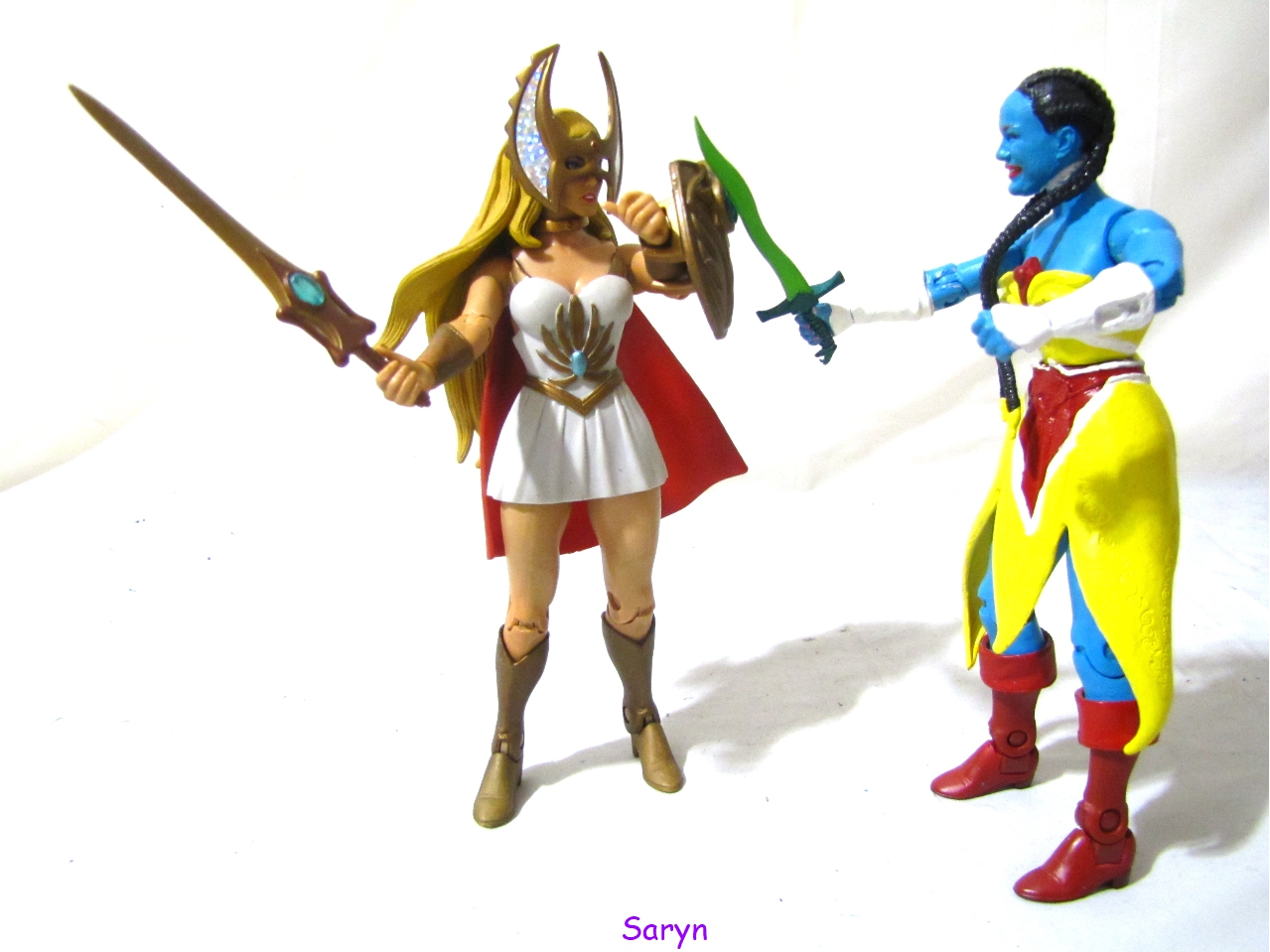 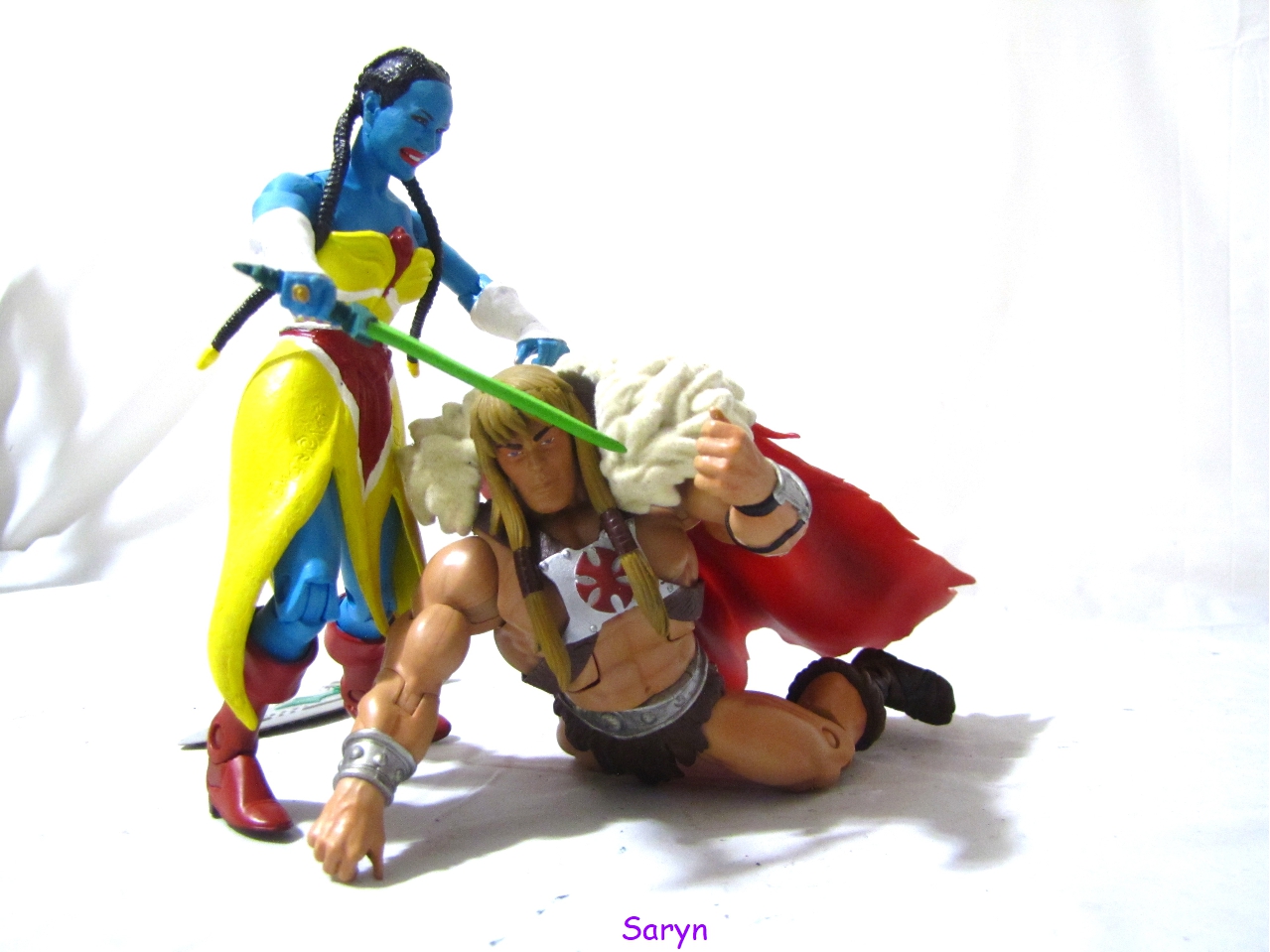 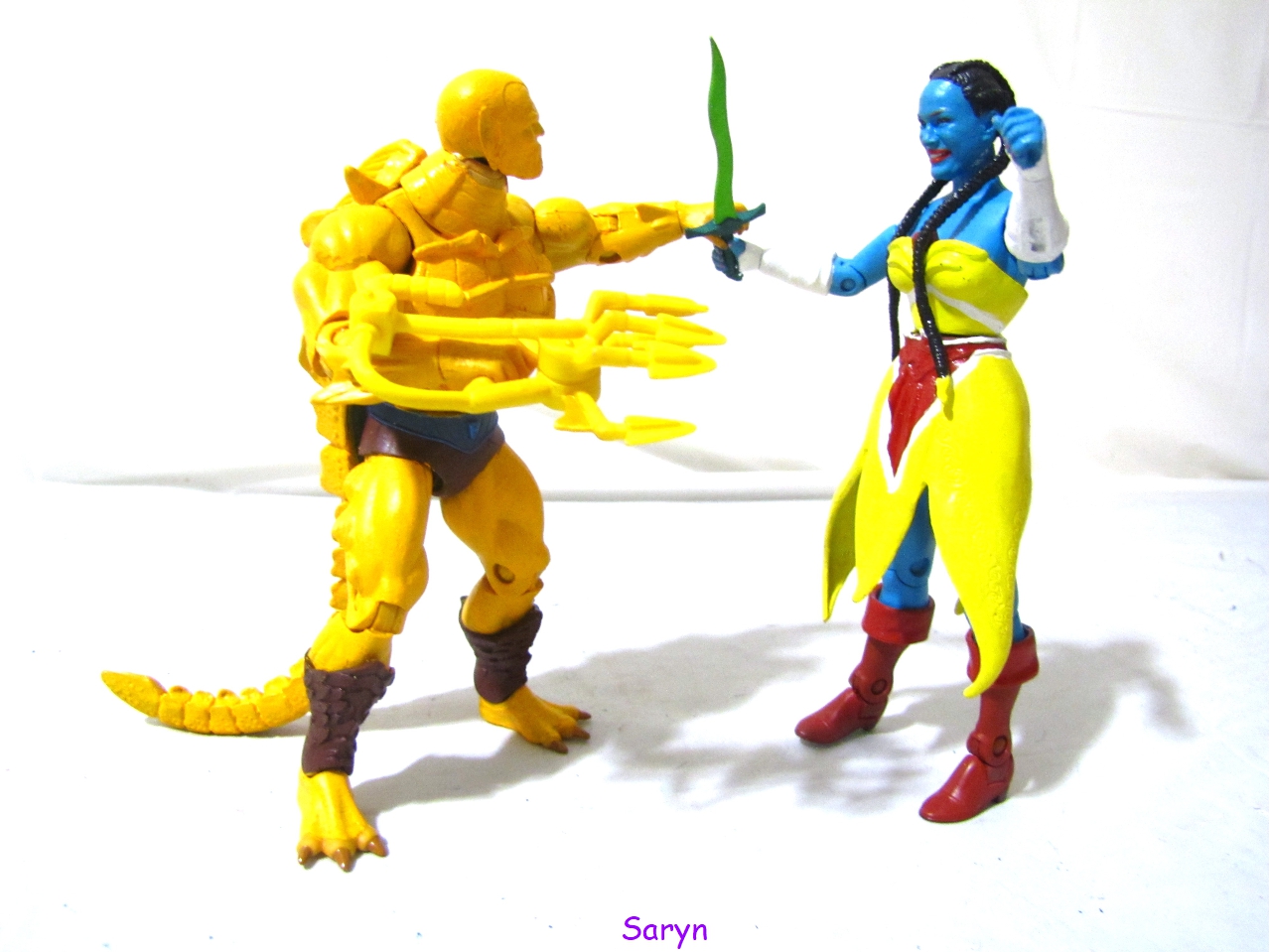 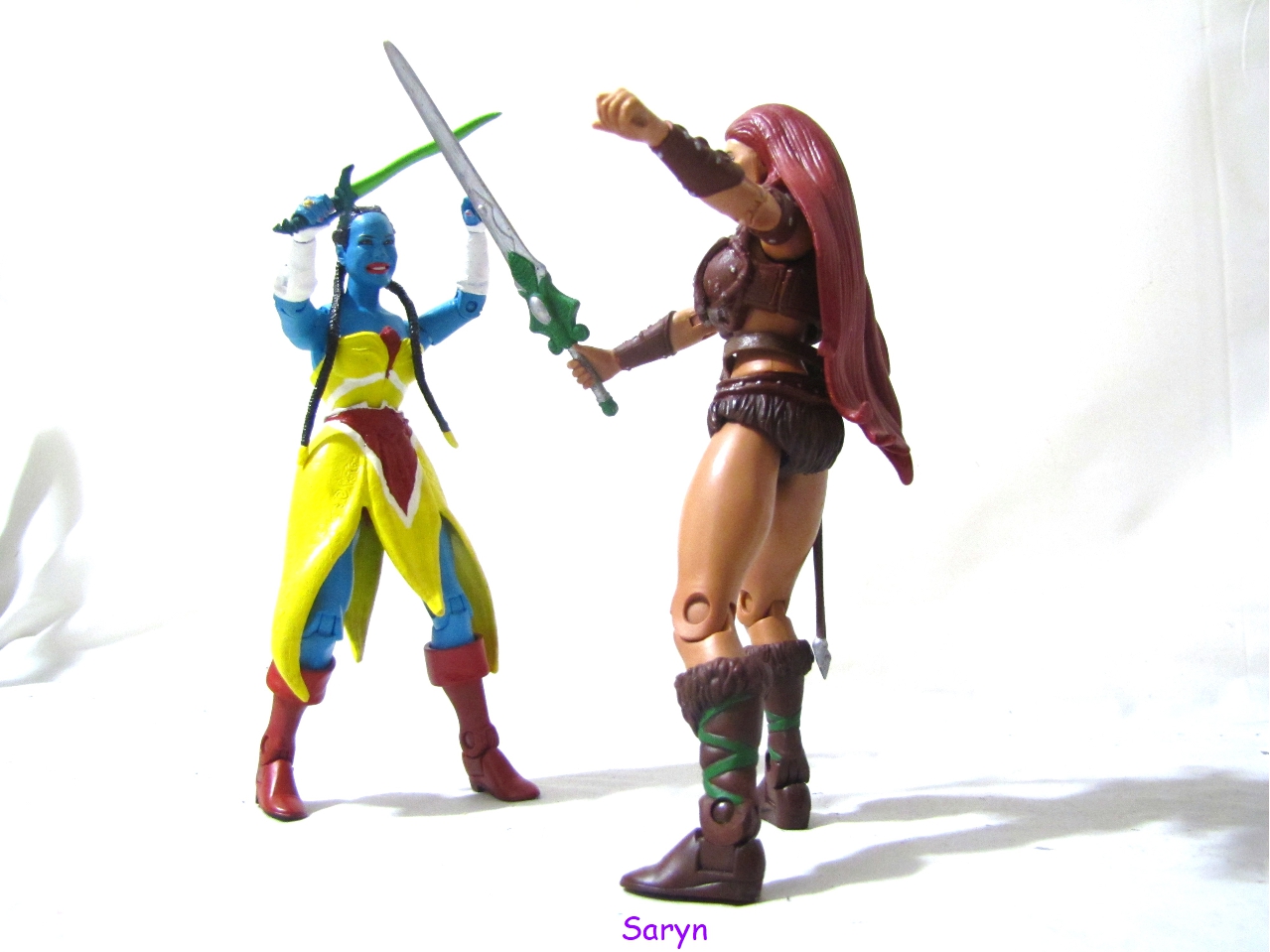 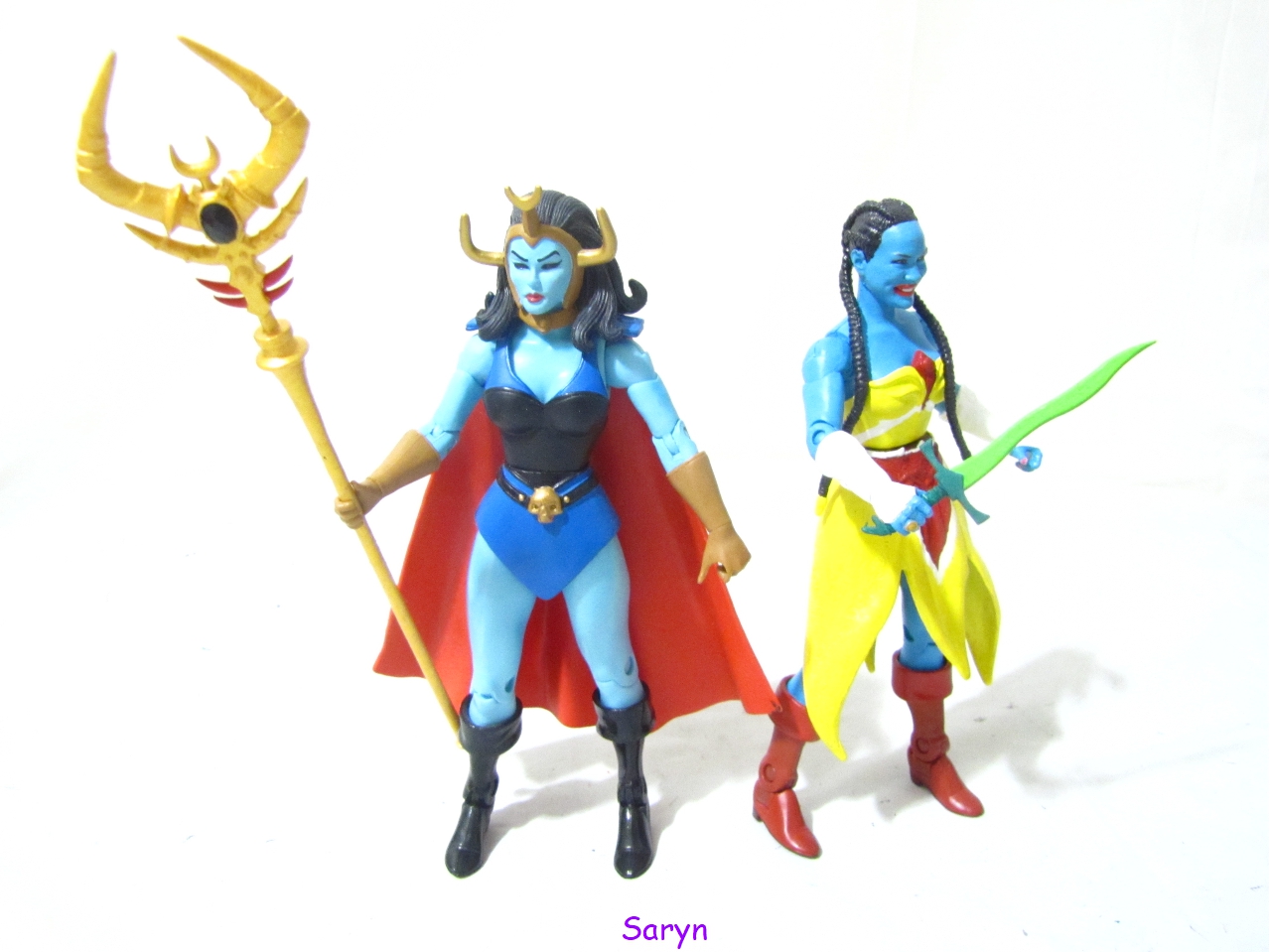 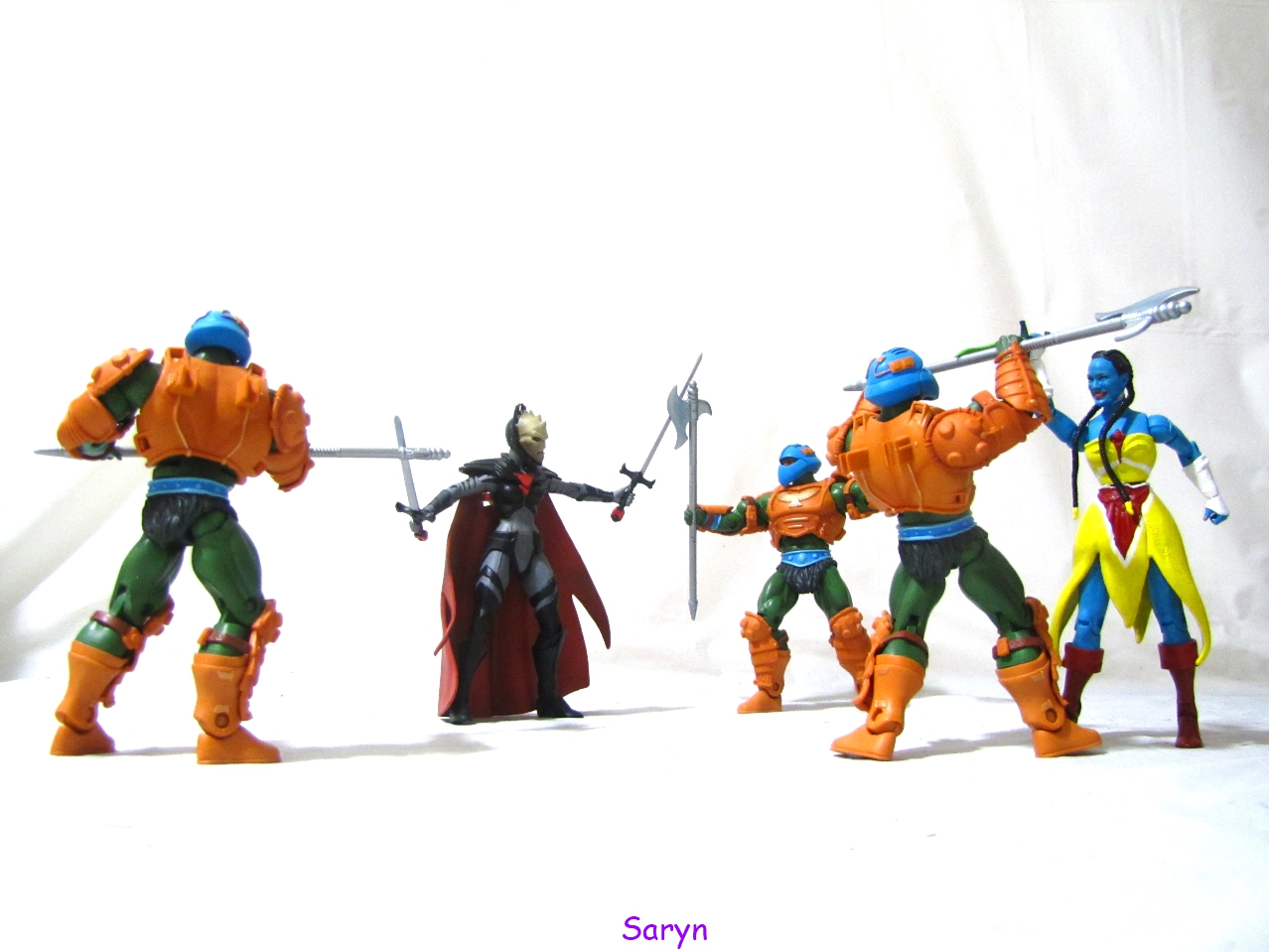 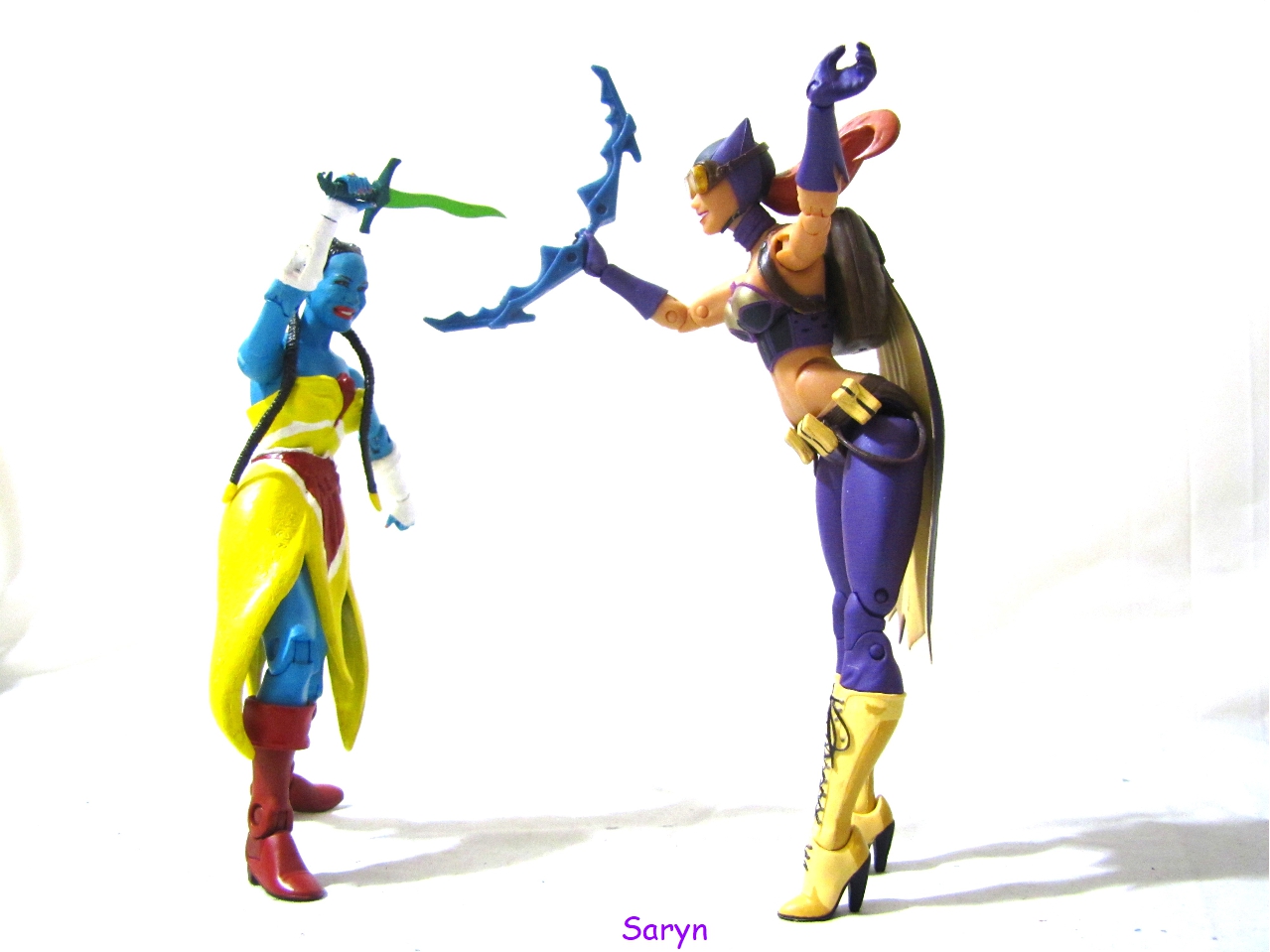 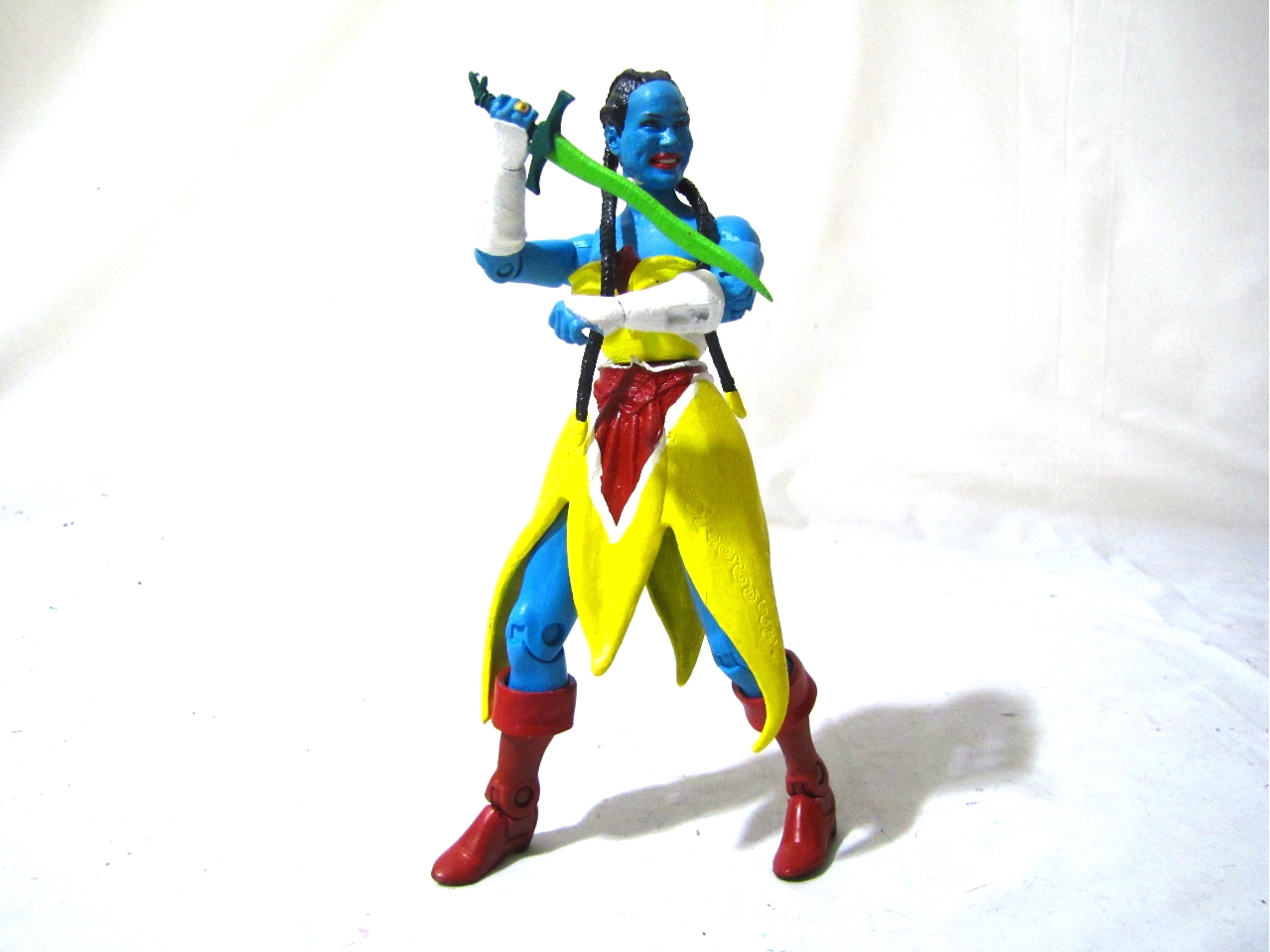 Cursed Witch of Anwat Gar
A Gar handmaiden who was like a daughter to King Grayskull until she poisoned him. Childless, she was told by Adi, one of the Council of Elders, that she would be a mother one day but only if she killed King Grayskull. She did not realize that it was really King Hiss disguised as Adi. He gave her a cursed blade which she used to slice King Grayskull's neck, killing him & spilling his blood everywhere, leading her to the Sword of Protection. She fled with it and was cursed to guard it until it was claimed by it's rightful owner.
When King Miro's ship crashed upon the shores of Anwat Gar, Saryn fell in love with him & bore him a son, Keldor. They sailed away but she remained on the island until Adora arrived to claim the Sword of Protection during the Horde invasion of Eternia.

Posted by PhantomZodak at 5:34 PM