She was in the episode A Tale of Two Cities. I also made her Gargon army, Ptarmigan & Nocturna. 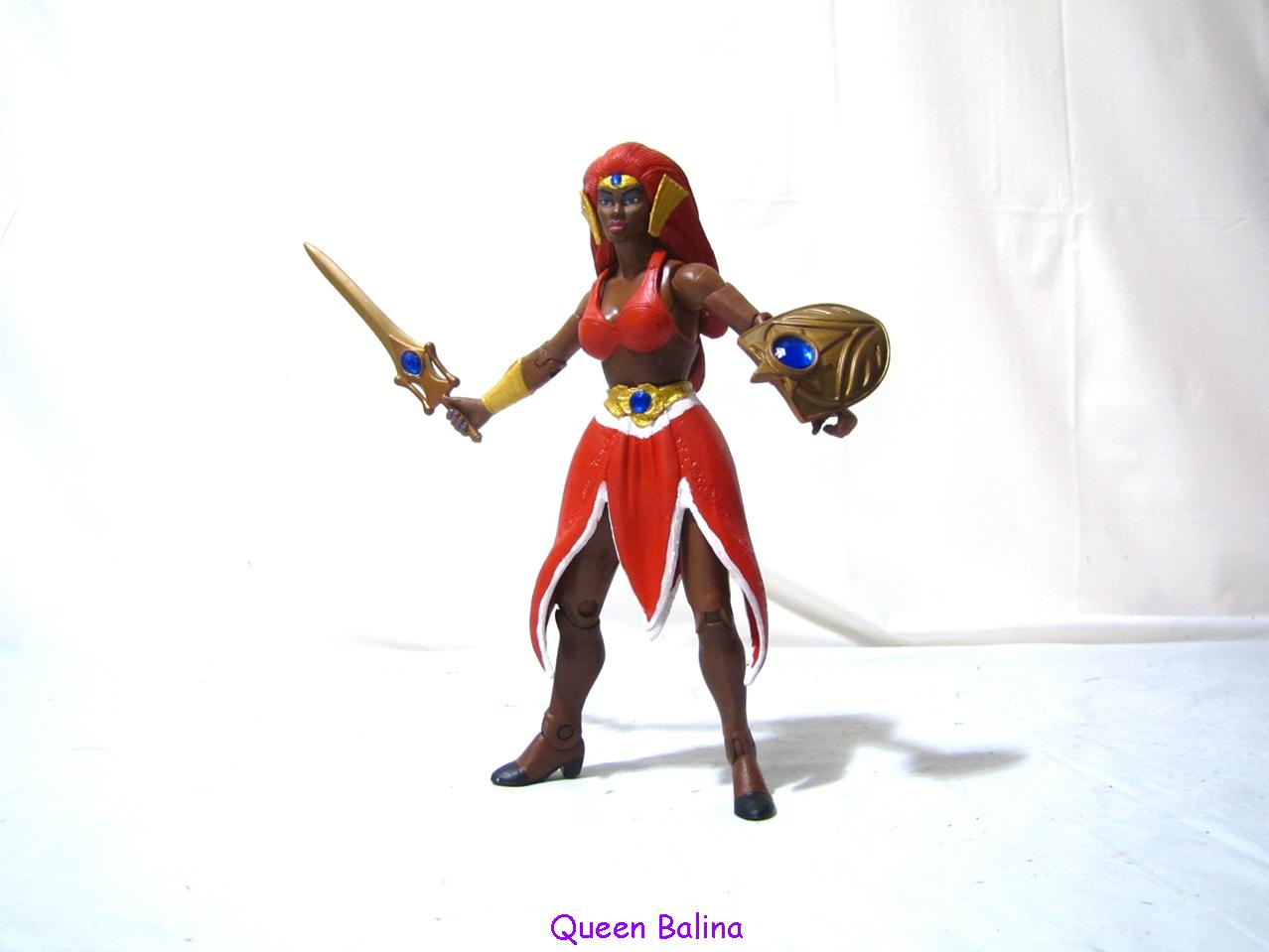 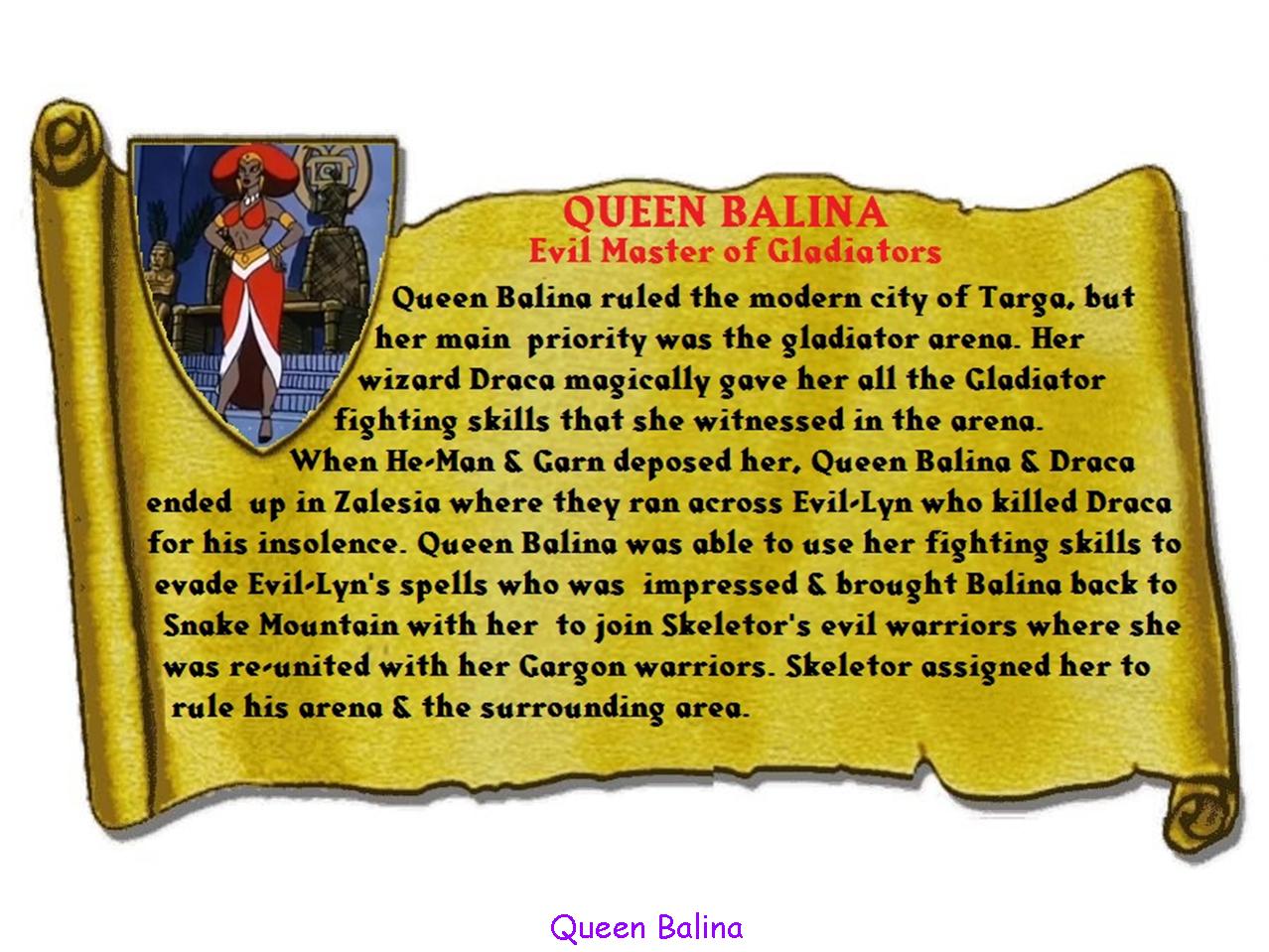 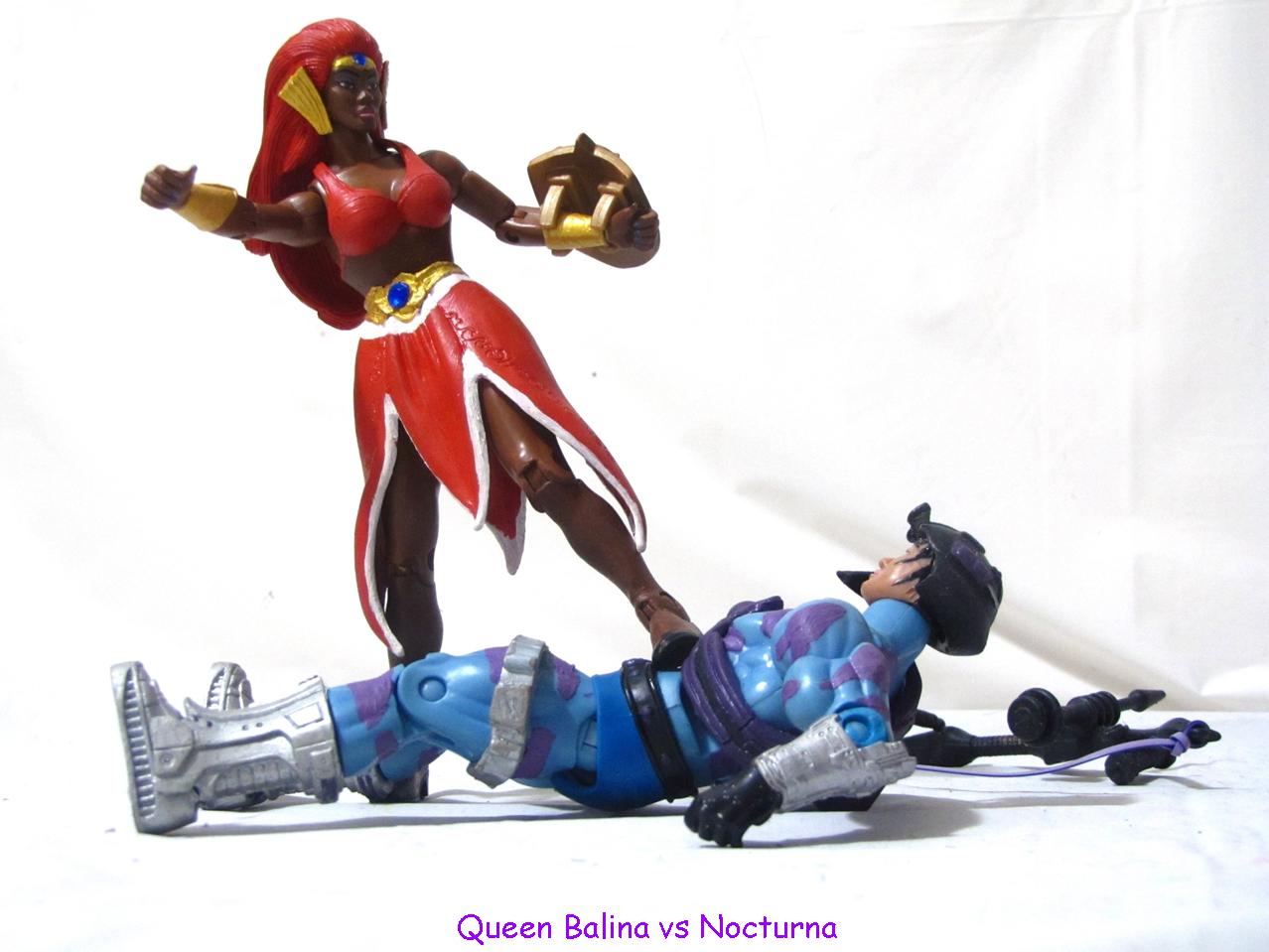 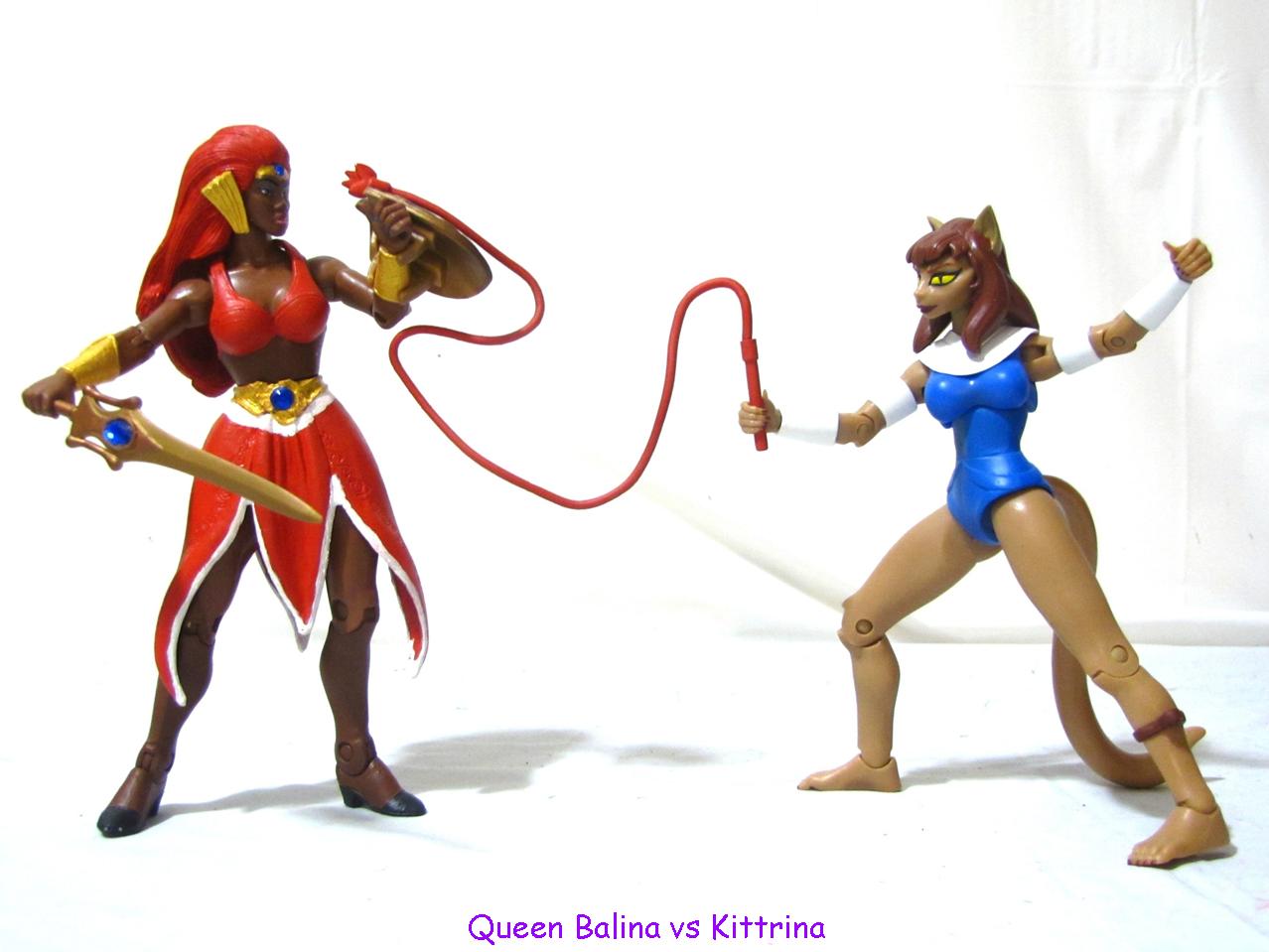 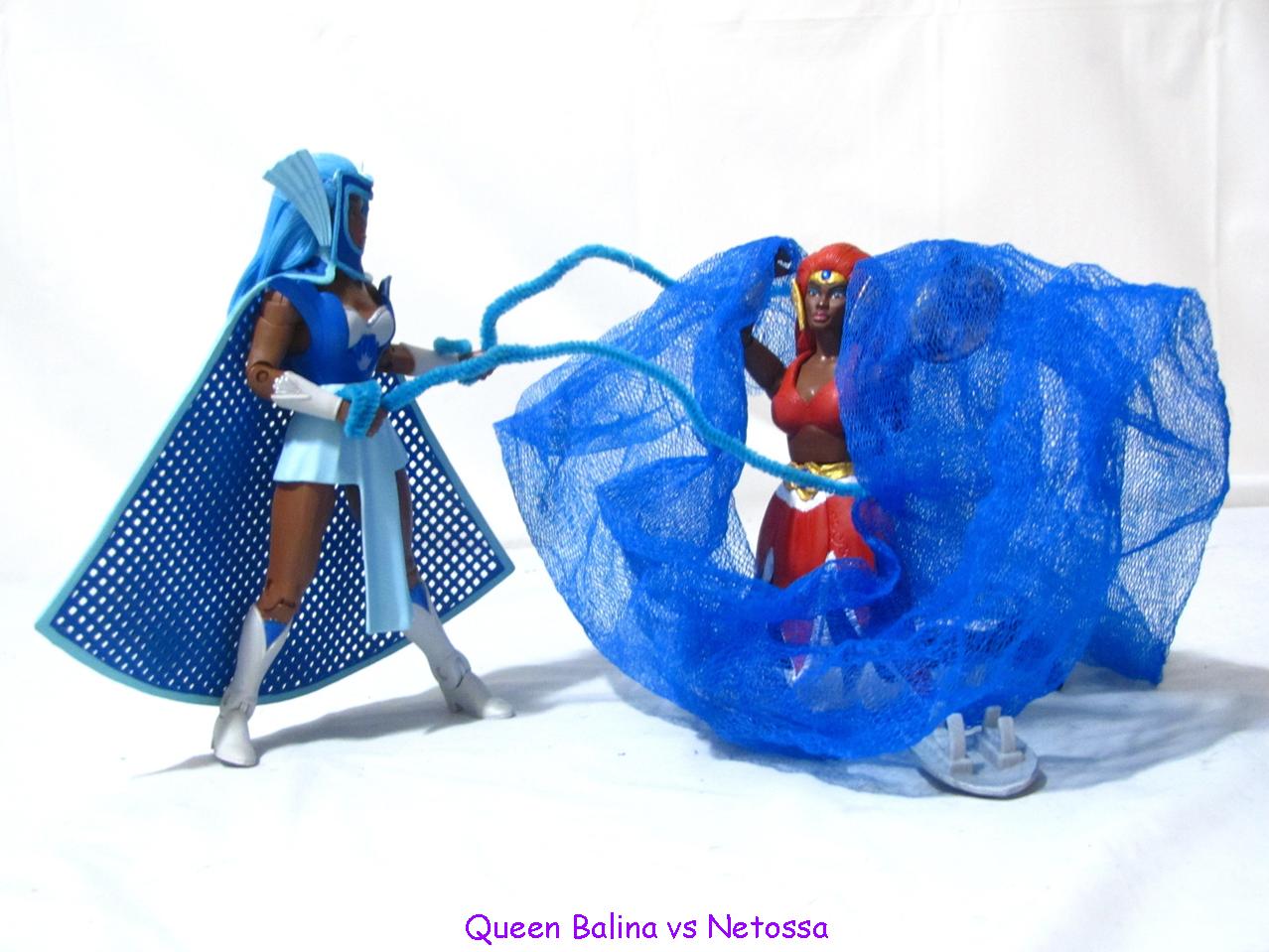 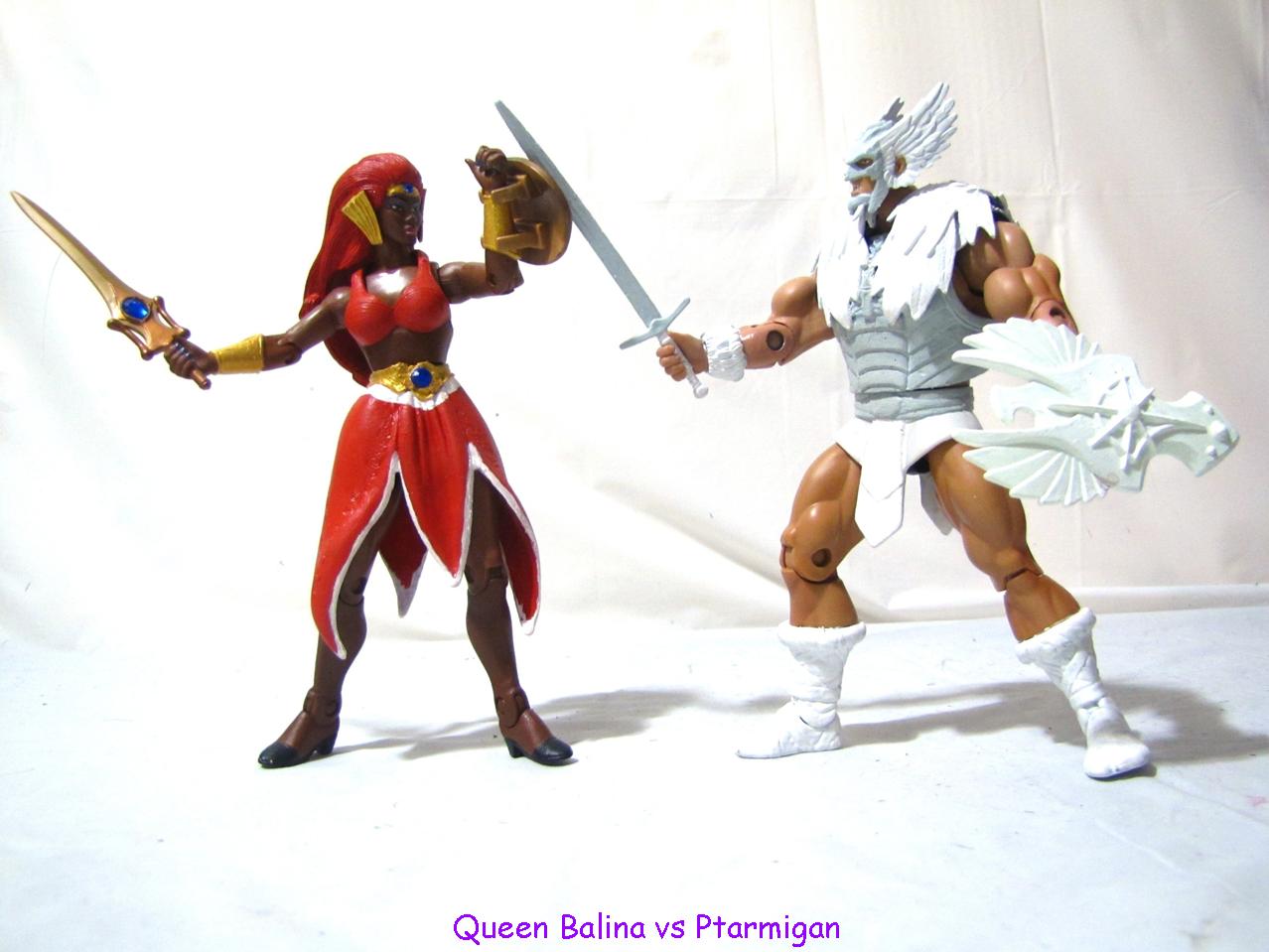 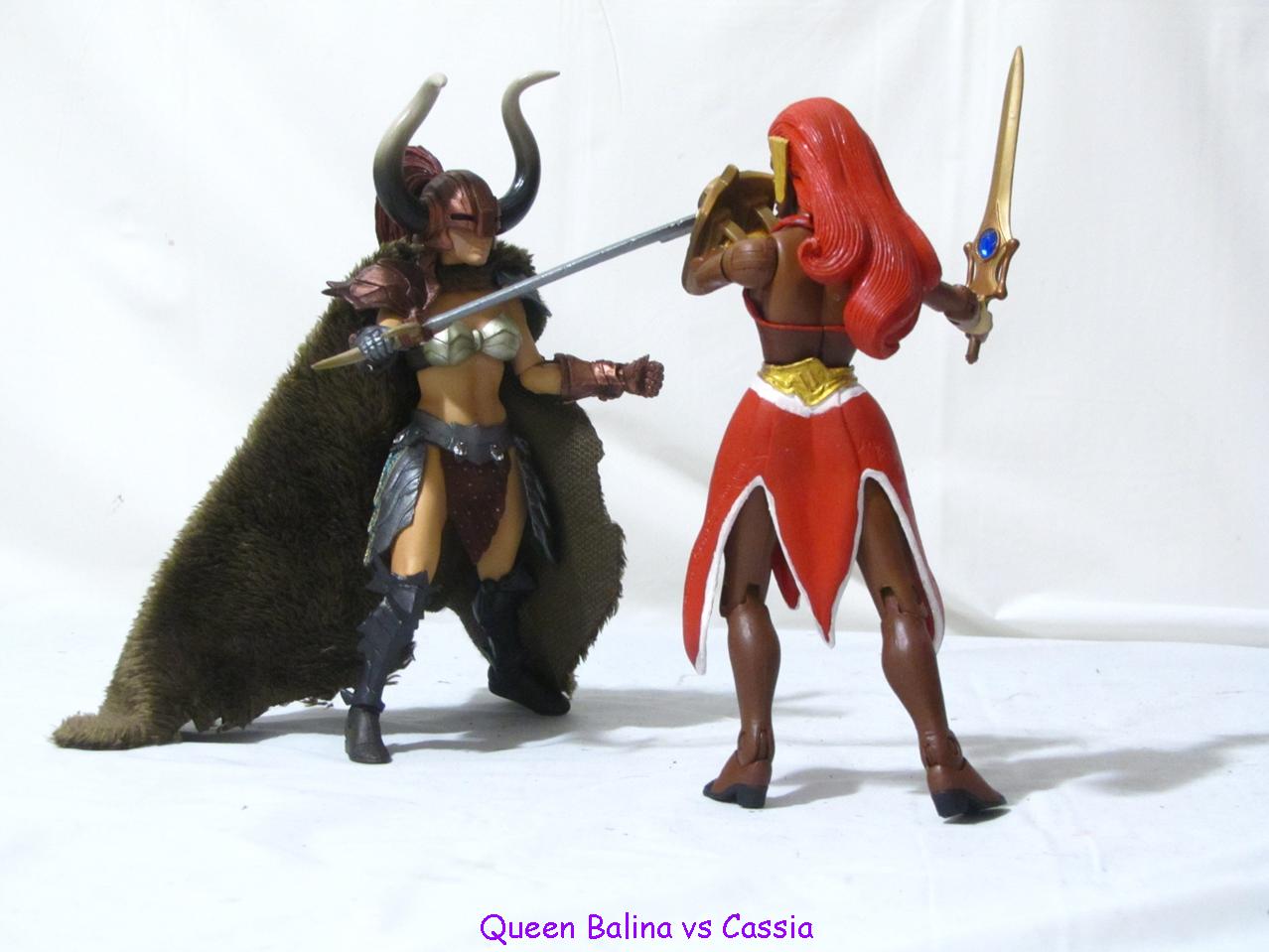 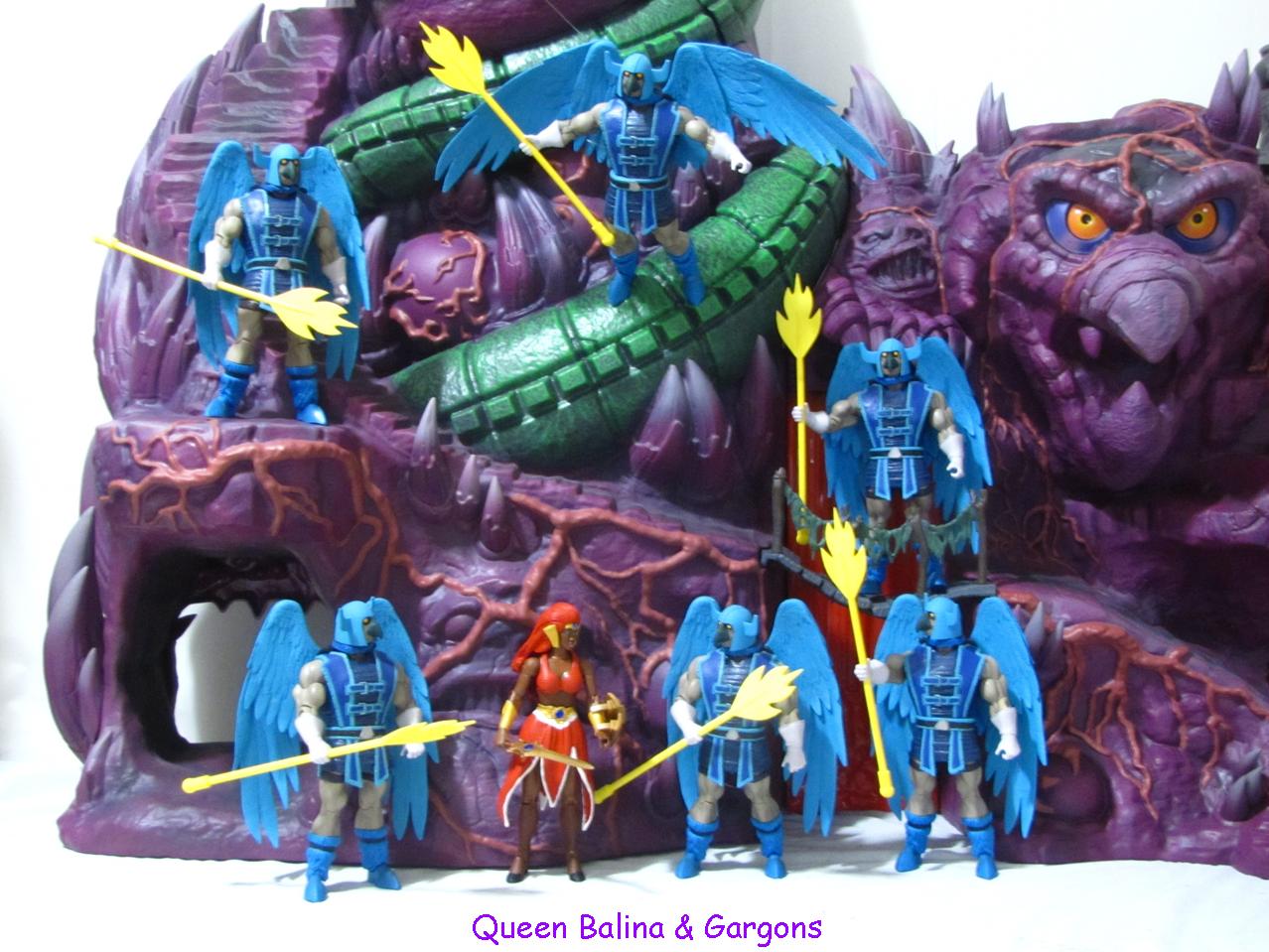 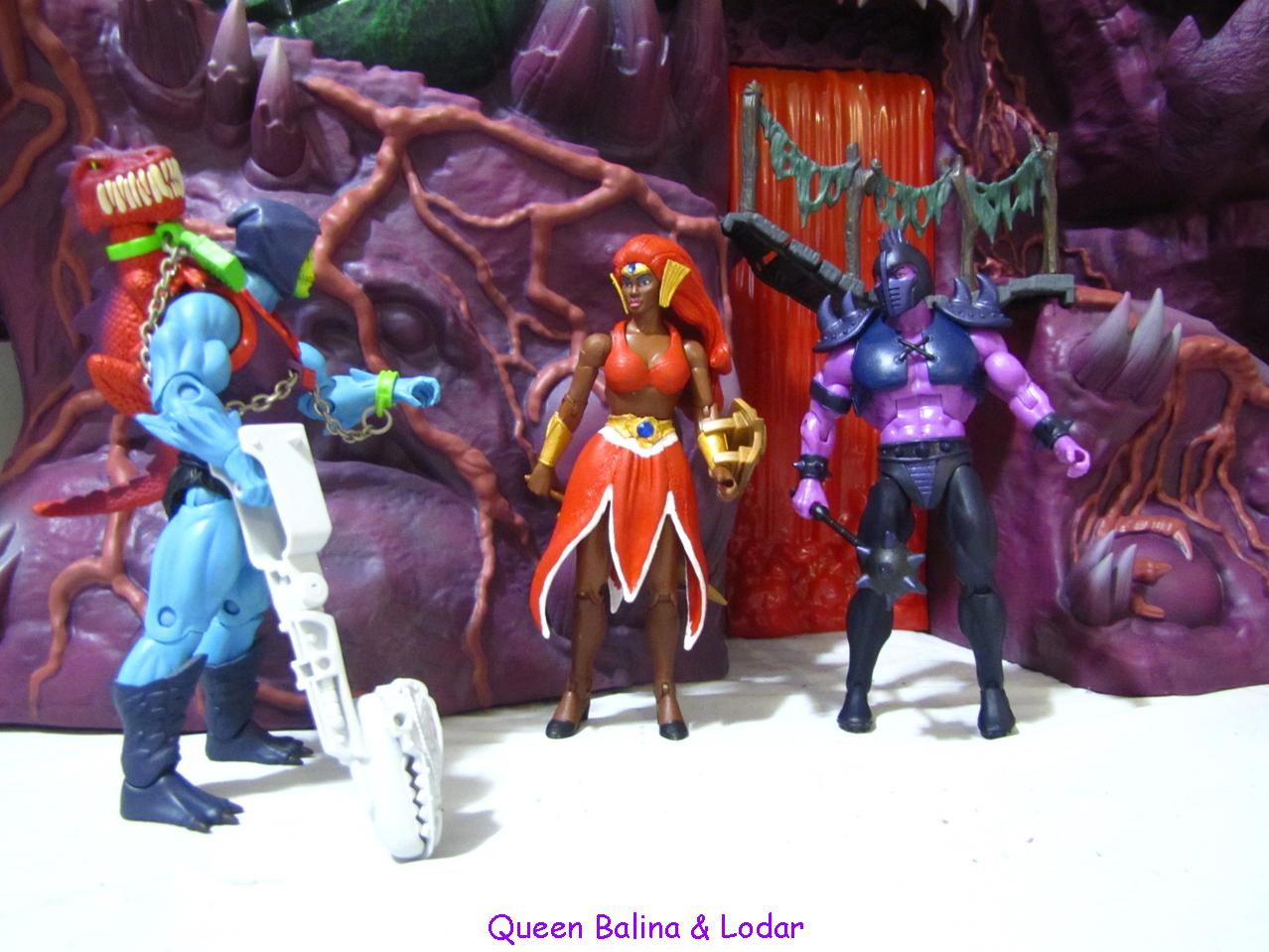 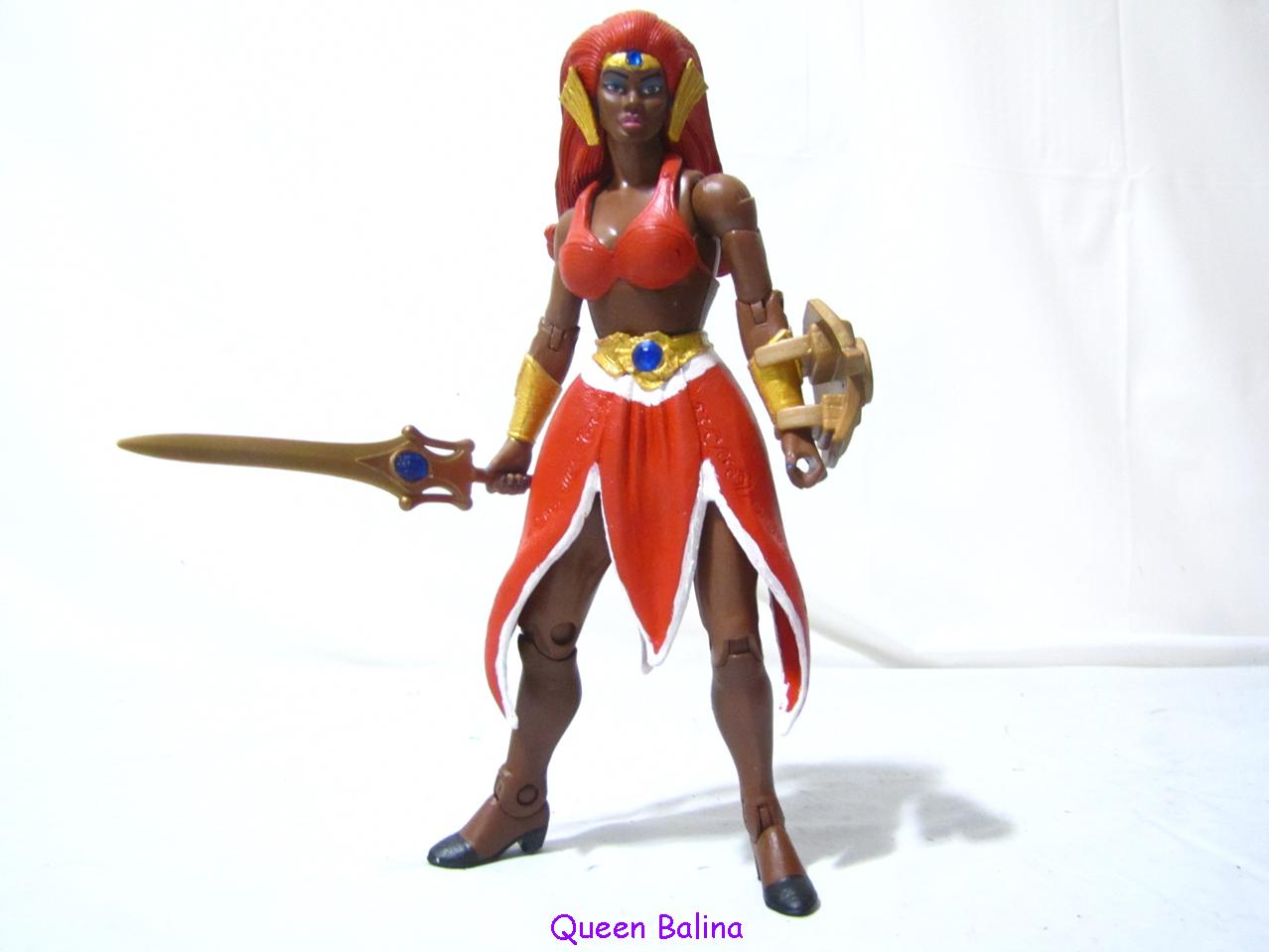 Evil Master of Gladiators
Queen Balina ruled the modern city of Targa, but her main priority was the gladiator arena. Her wizard Draca magically gave her all the Gladiator fighting skills that she witnessed in the arena.
When He-Man & Garn deposed her, Queen Balina & Draca ended up in Zalesia where they ran across Evil-Lyn who killed Draca for his insolence. Queen Balina was able to use her fighting skills to evade Evil-Lyn's spells who was impressed & brought Balina back to Snake Mountain with her to join Skeletor's evil warriors where she was re-united with her Gargon warriors. Skeletor assigned her to rule his arena & the surrounding area.
Posted by PhantomZodak at 12:04 PM