He's from the DC New 52 comics. I bought the Power Sword. 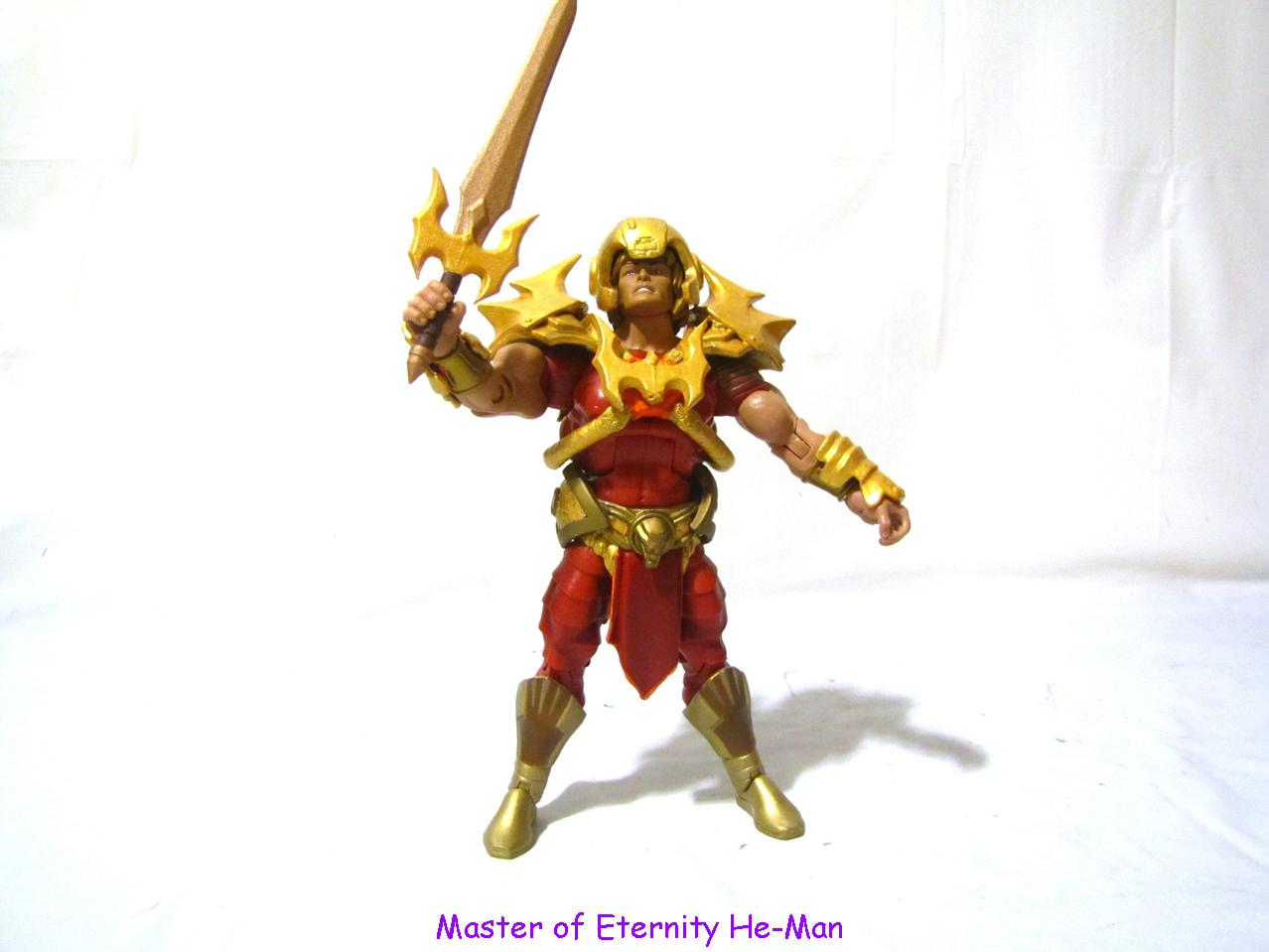 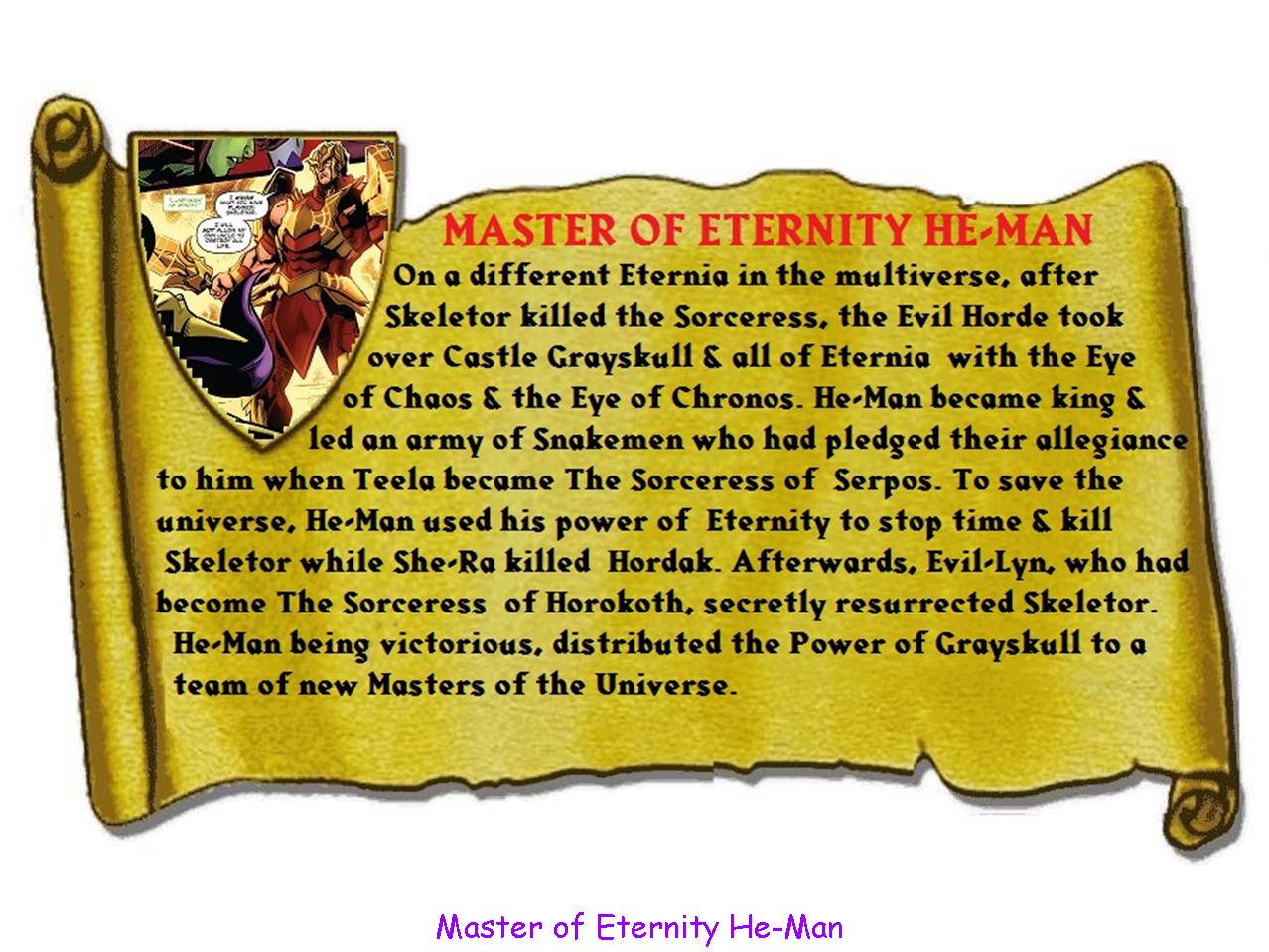 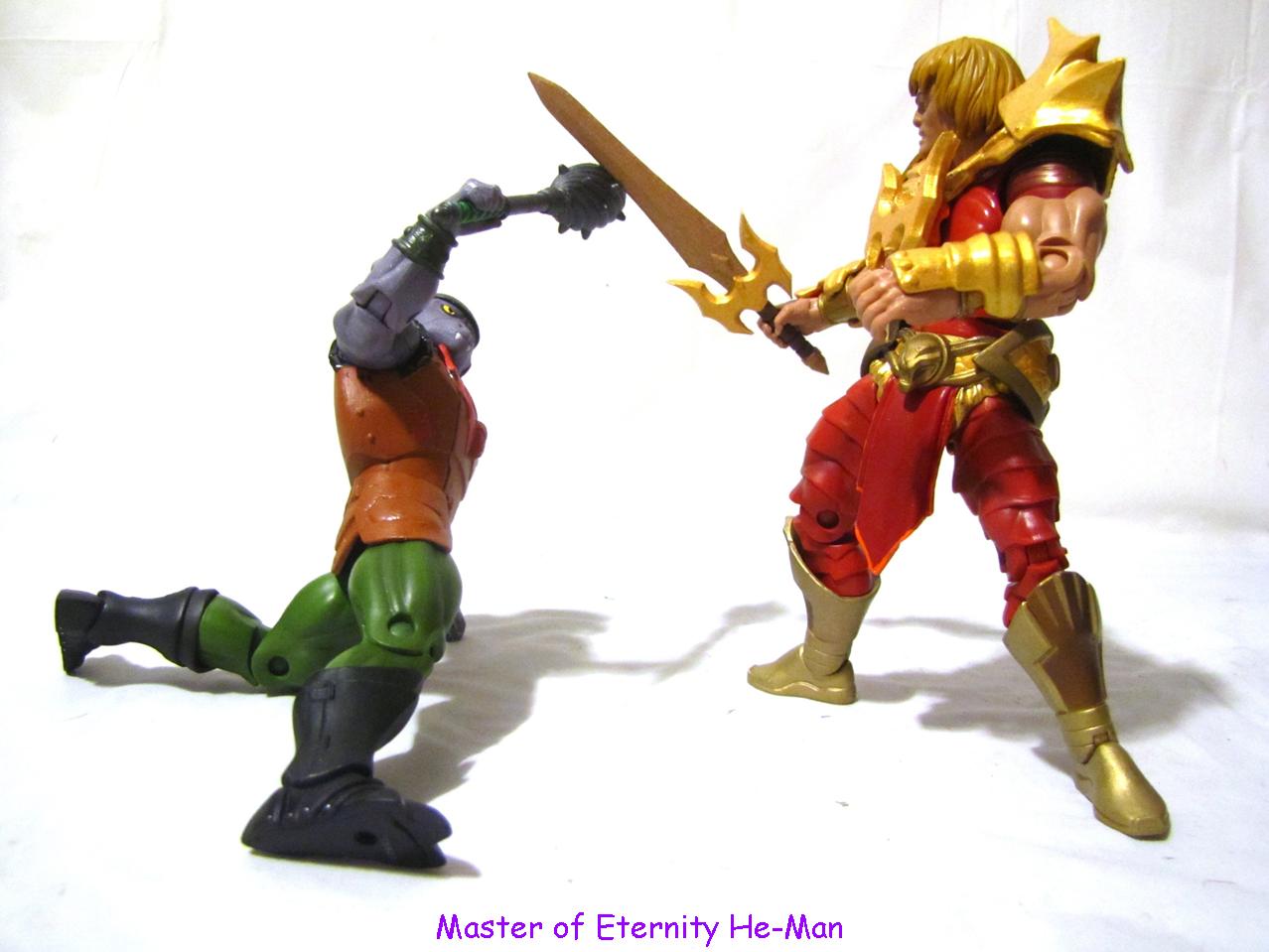 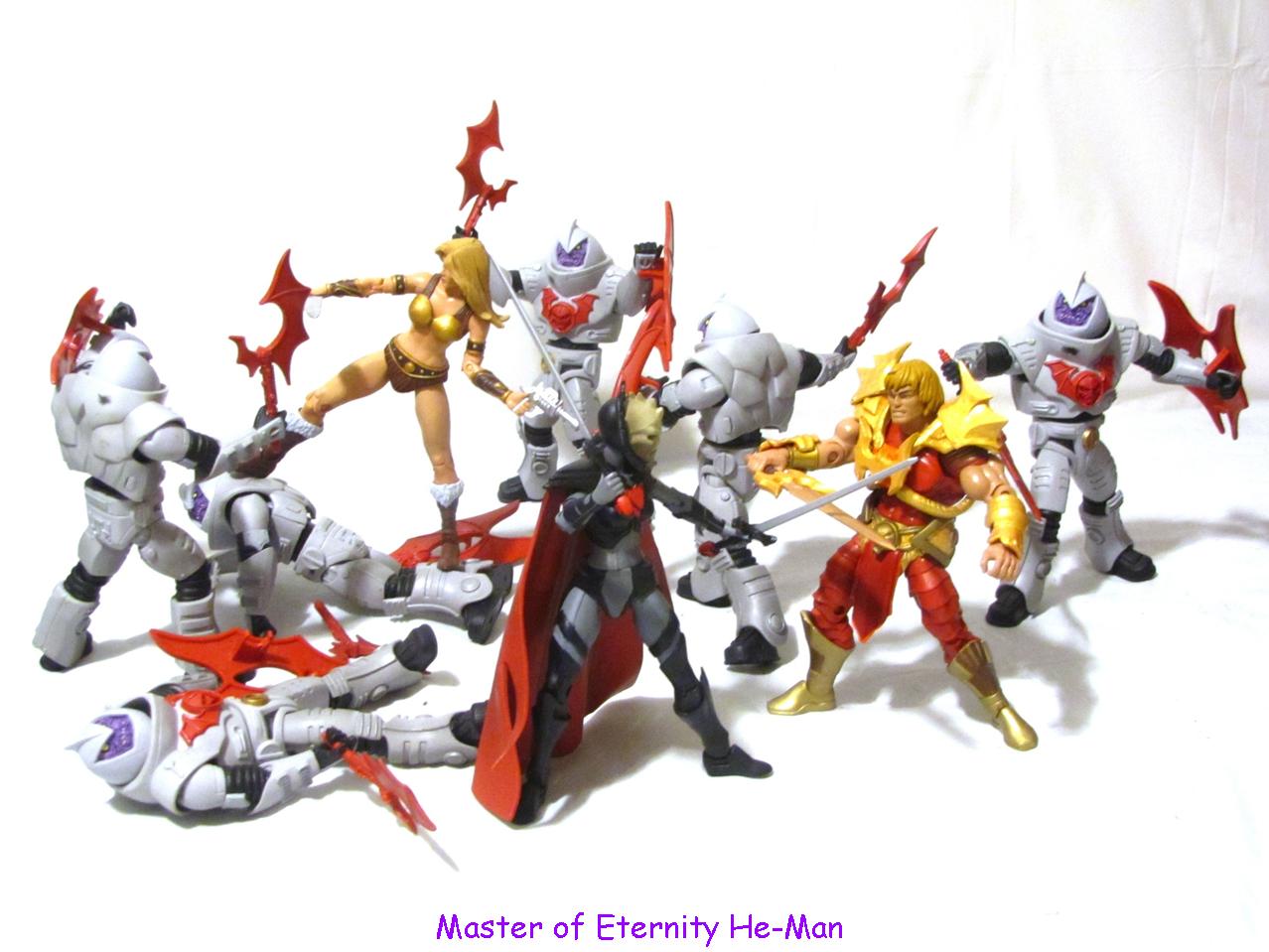 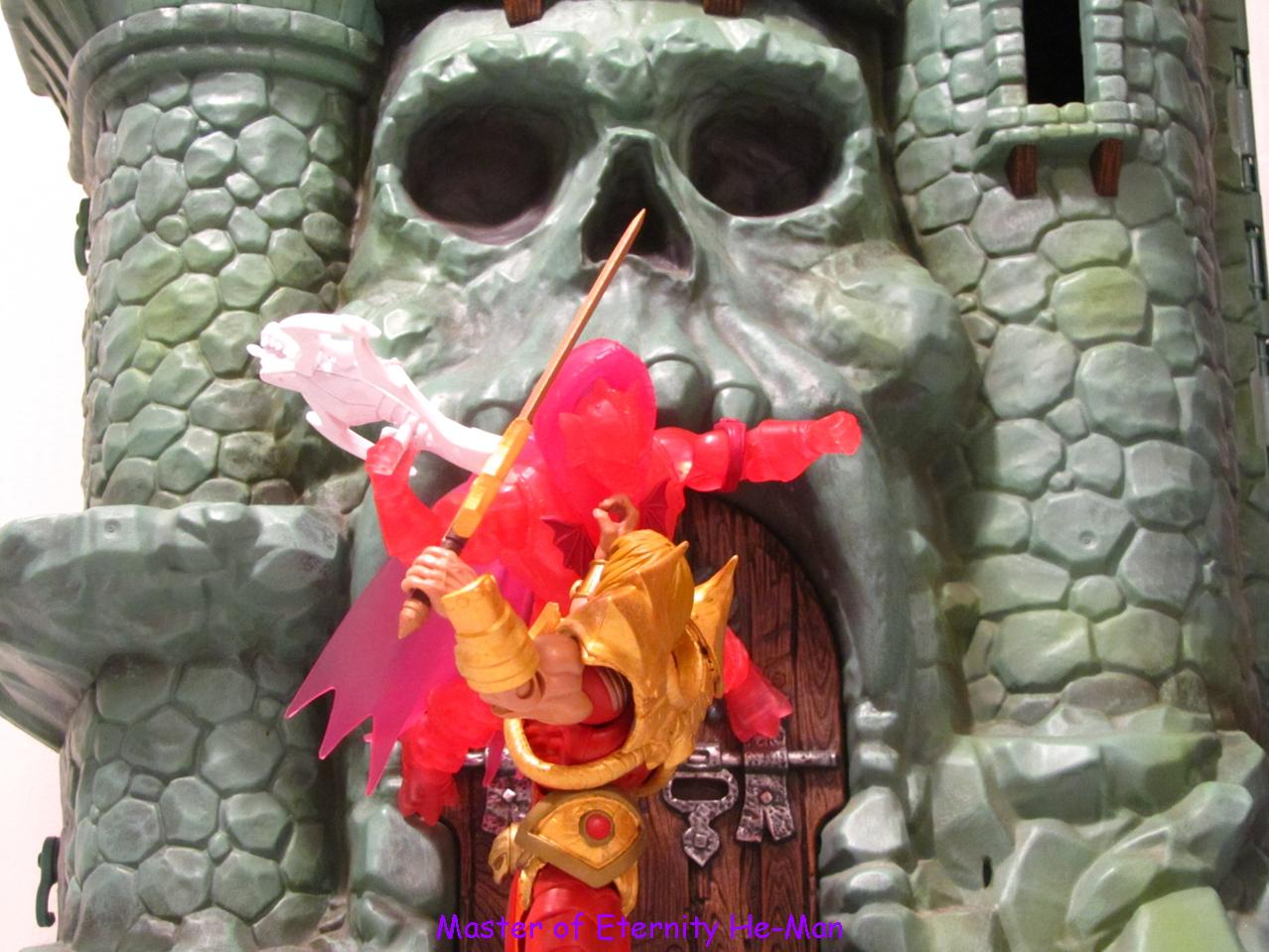 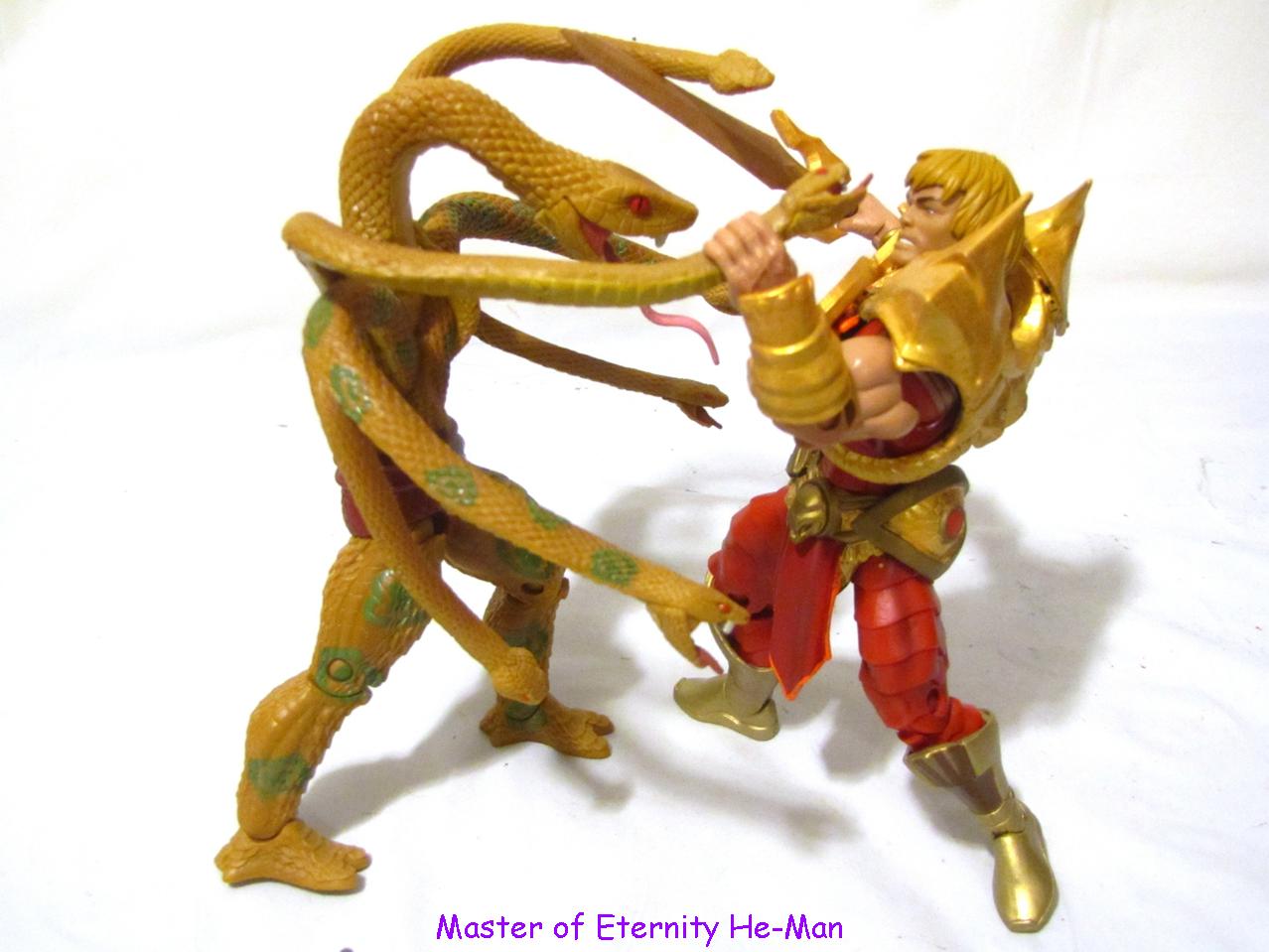 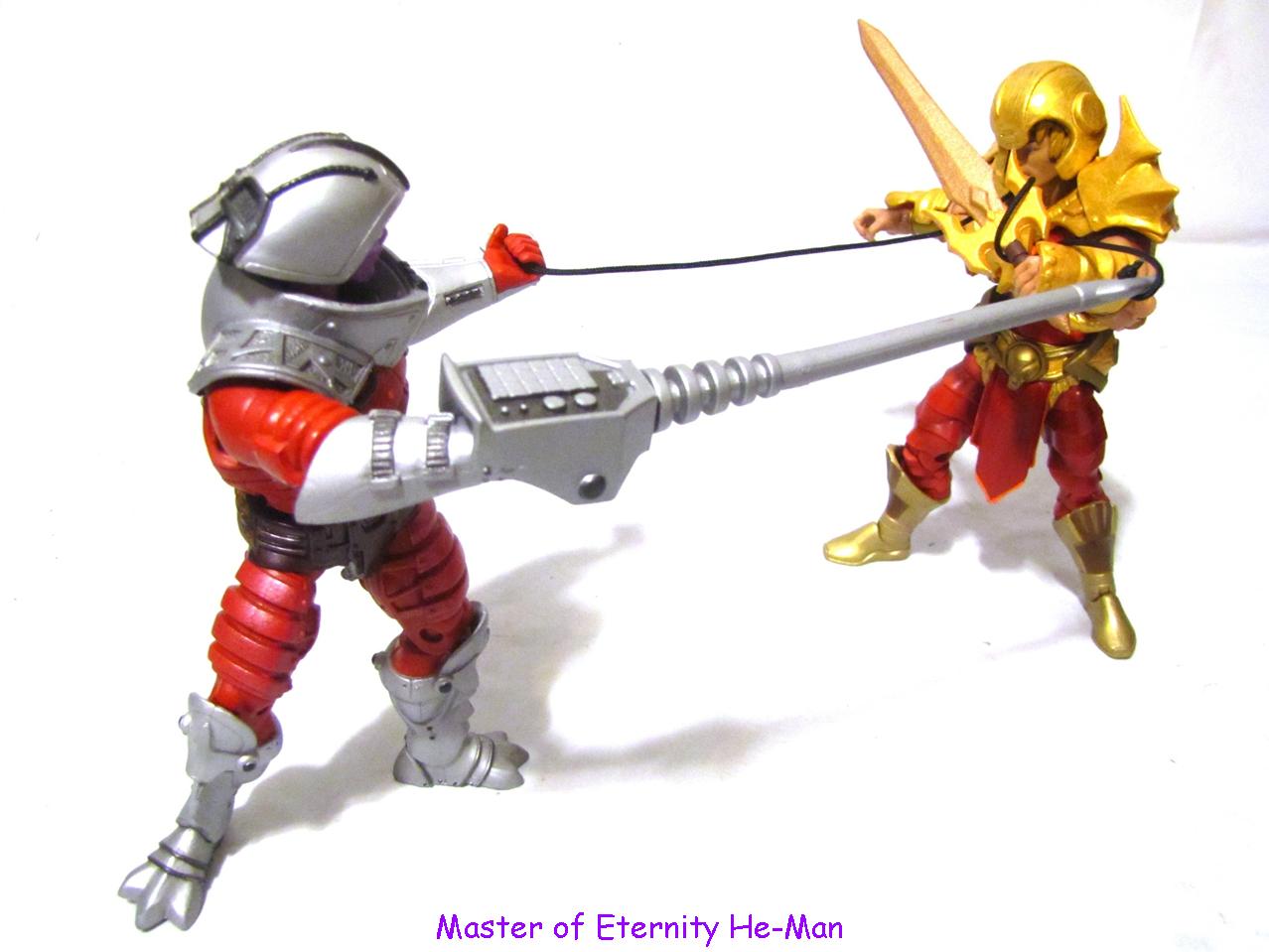 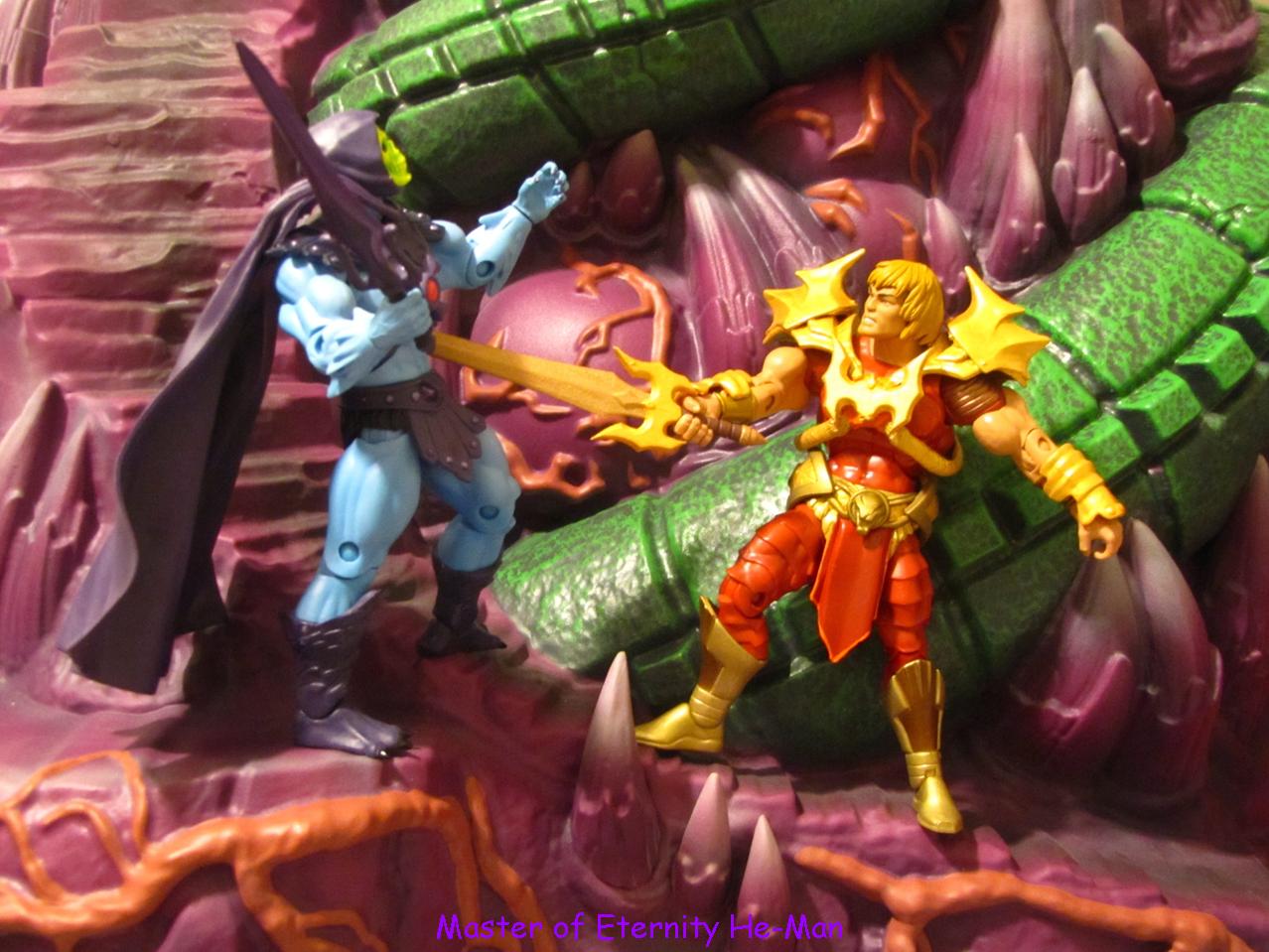 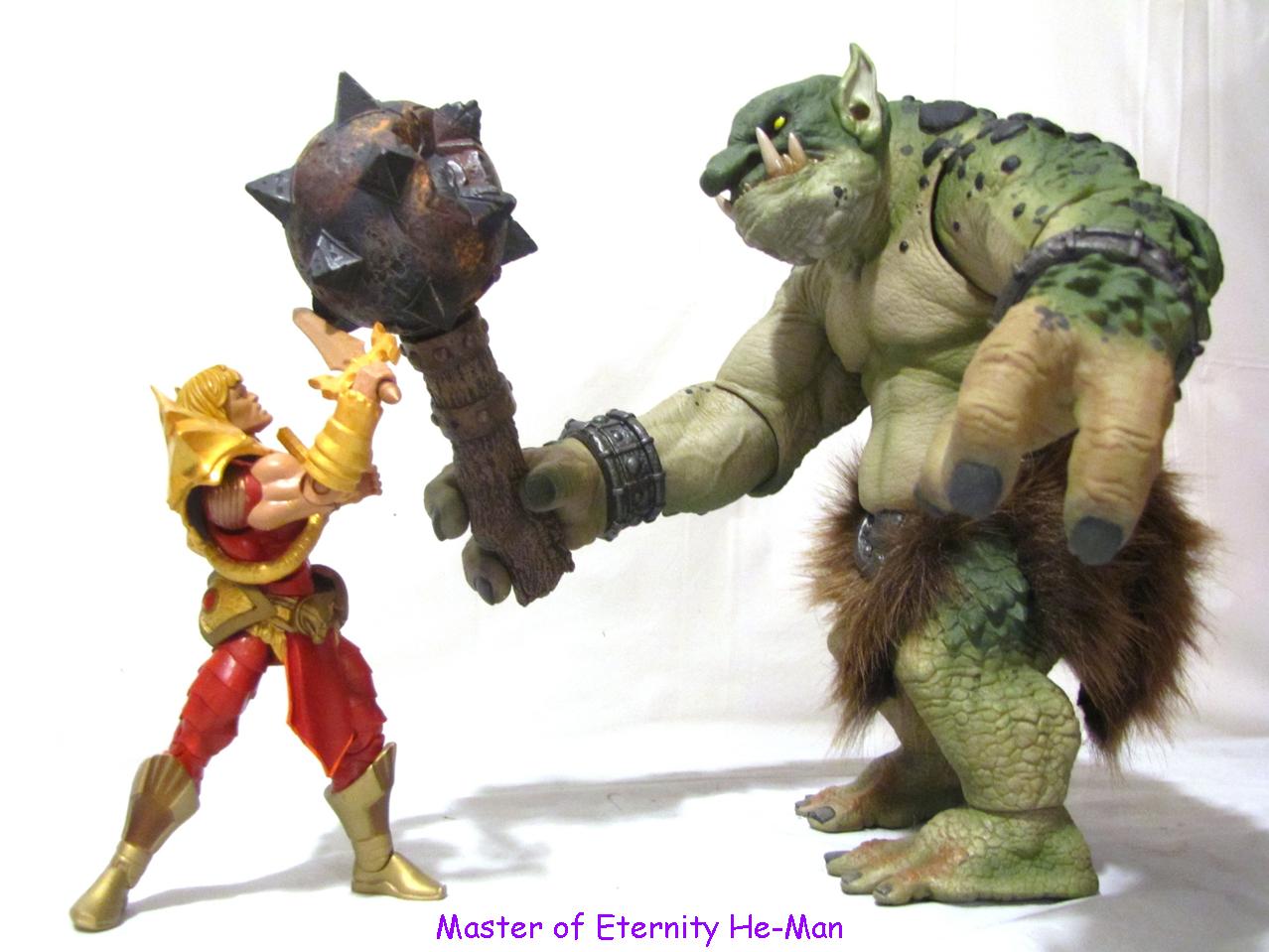 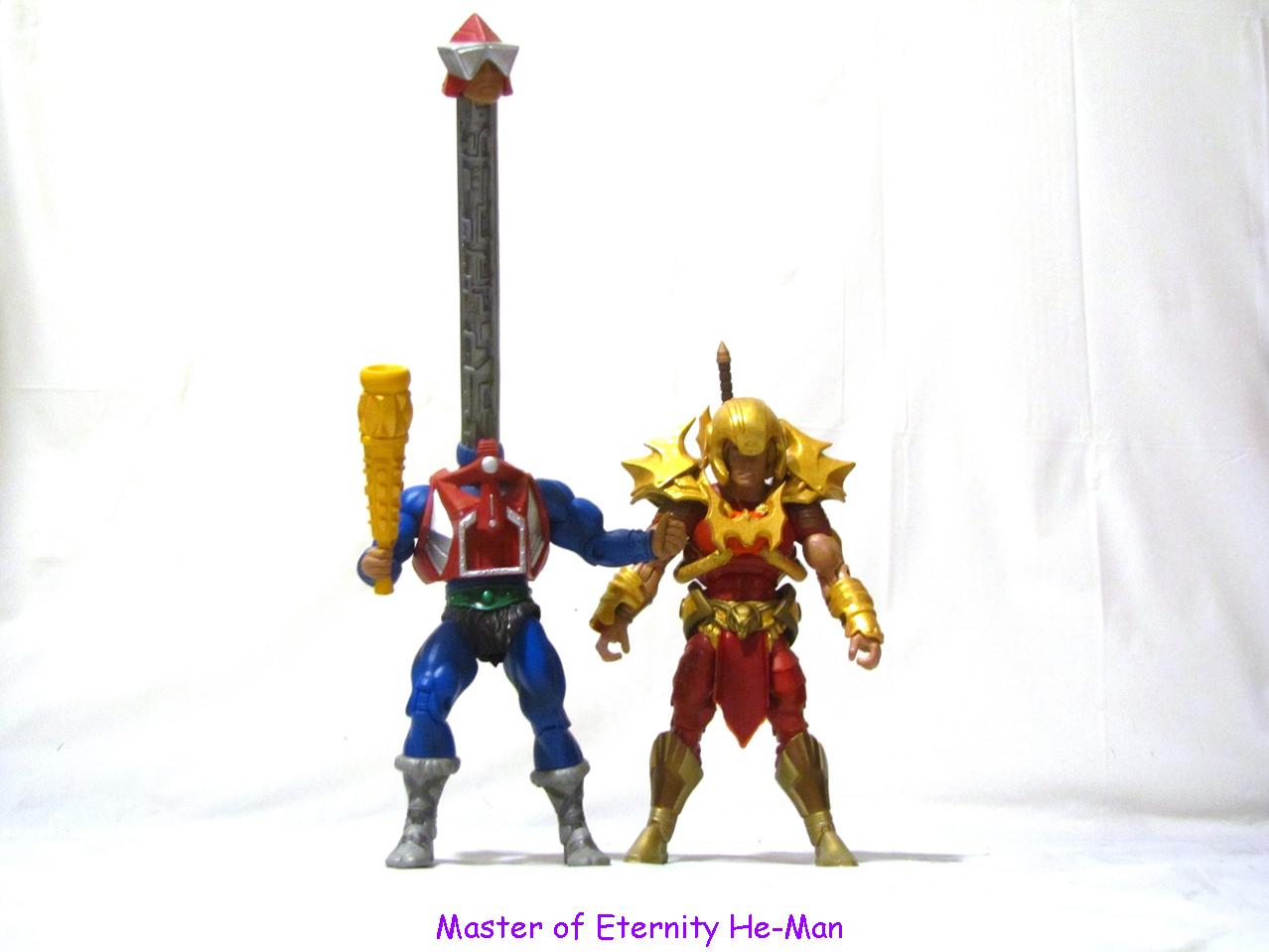 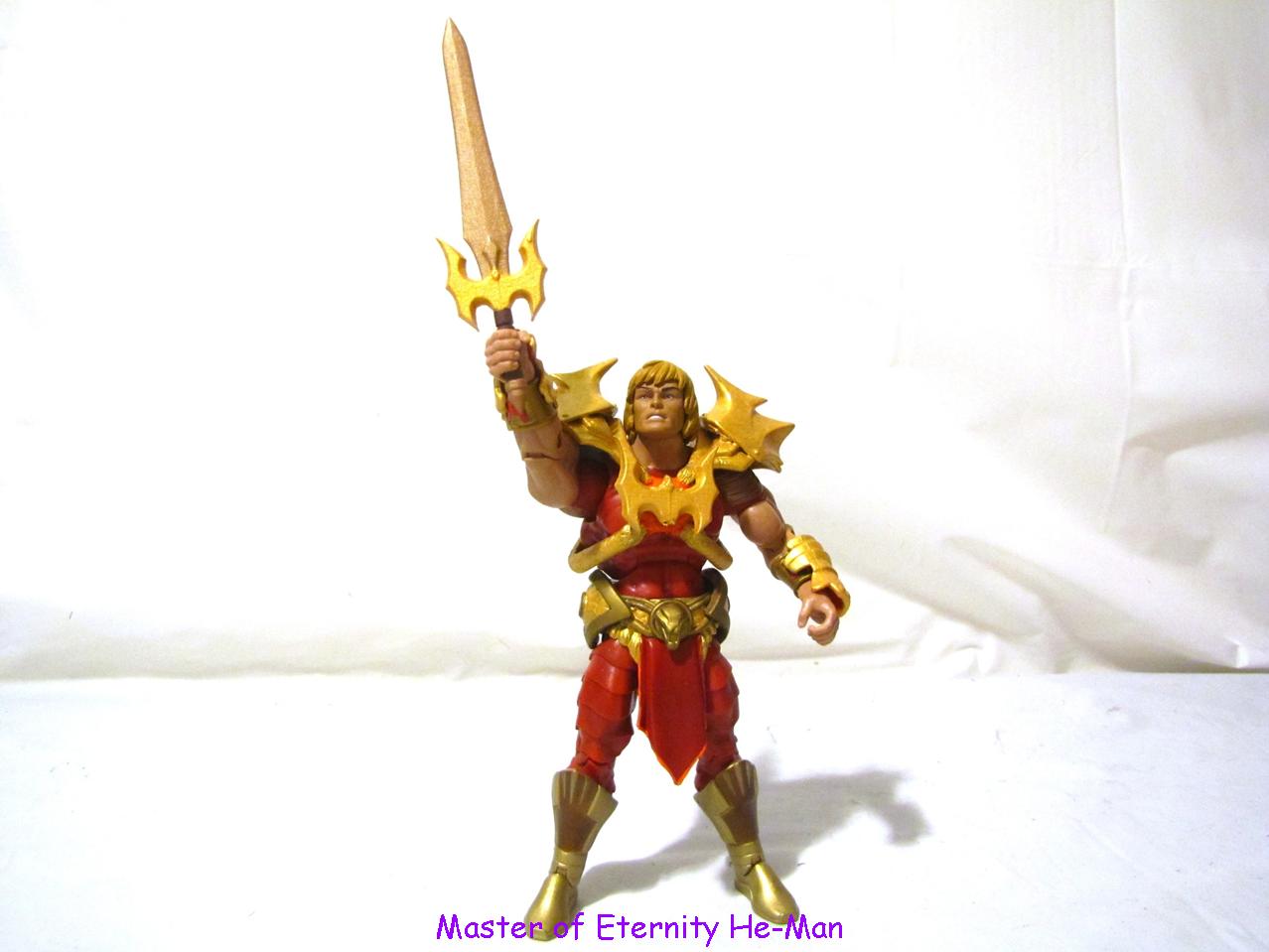 On a different Eternia in the multiverse, after Skeletor killed the Sorceress, the Evil Horde took over Castle Grayskull & all of Eternia  with the Eye of Chaos & the Eye of Chronos. He-Man became king & led an army of Snakemen who had pledged their allegiance to him when Teela became The Sorceress of Serpos.
To save the universe, He-Man used his power of Eternity to stop time & kill Skeletor while She-Ra killed Hordak. Afterwards, Evil-Lyn, who had become The Sorceress of Horokoth, secretly resurrected Skeletor.
He-Man being victorious, distributed the Power of Grayskull to a team of new Masters of the Universe.
Posted by PhantomZodak at 10:32 PM