This guy was only in 1 of the new mini-comics. I bought his unique parts on shapeways. I also made Aramesh & the Dark Riders. 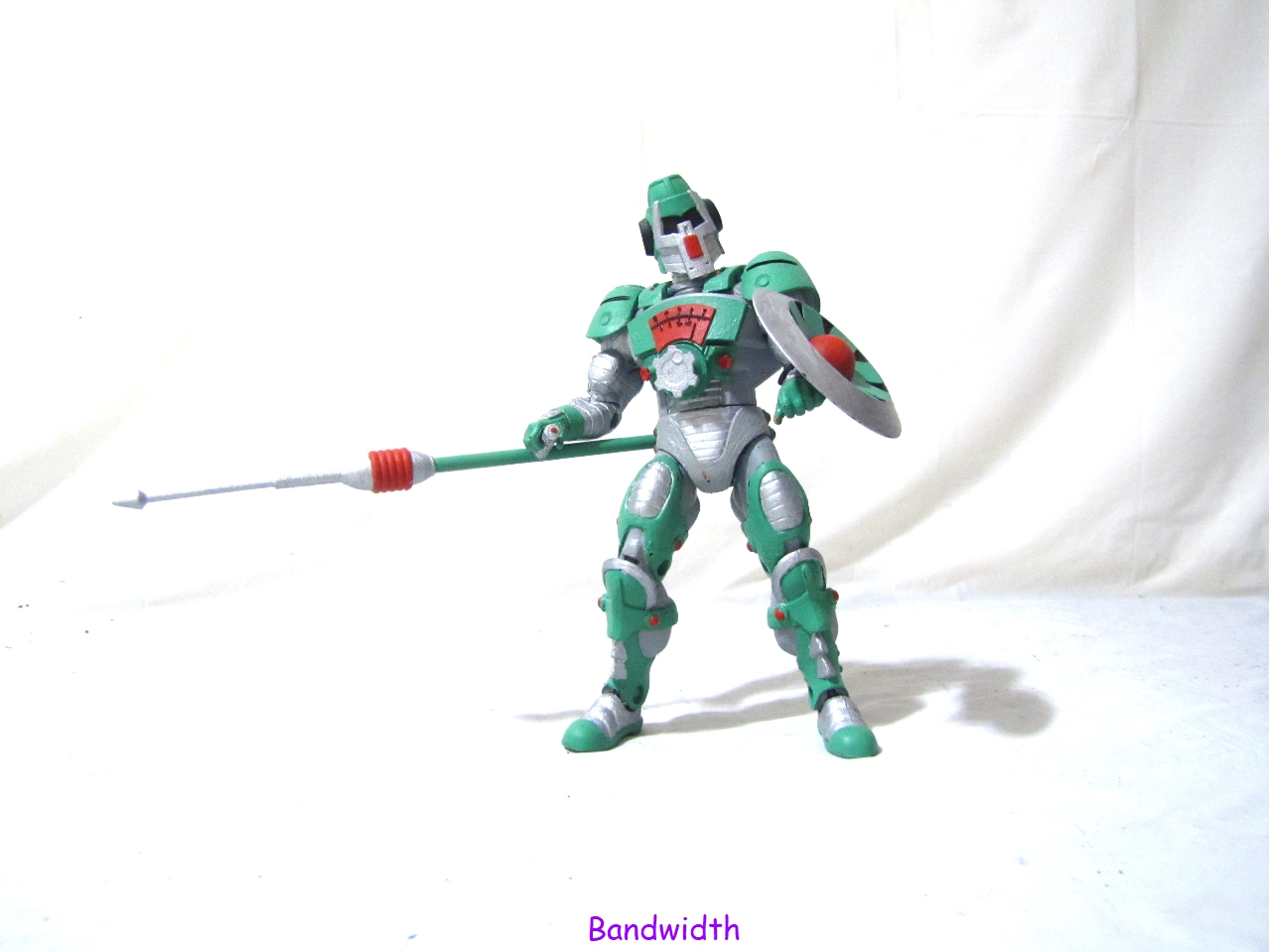 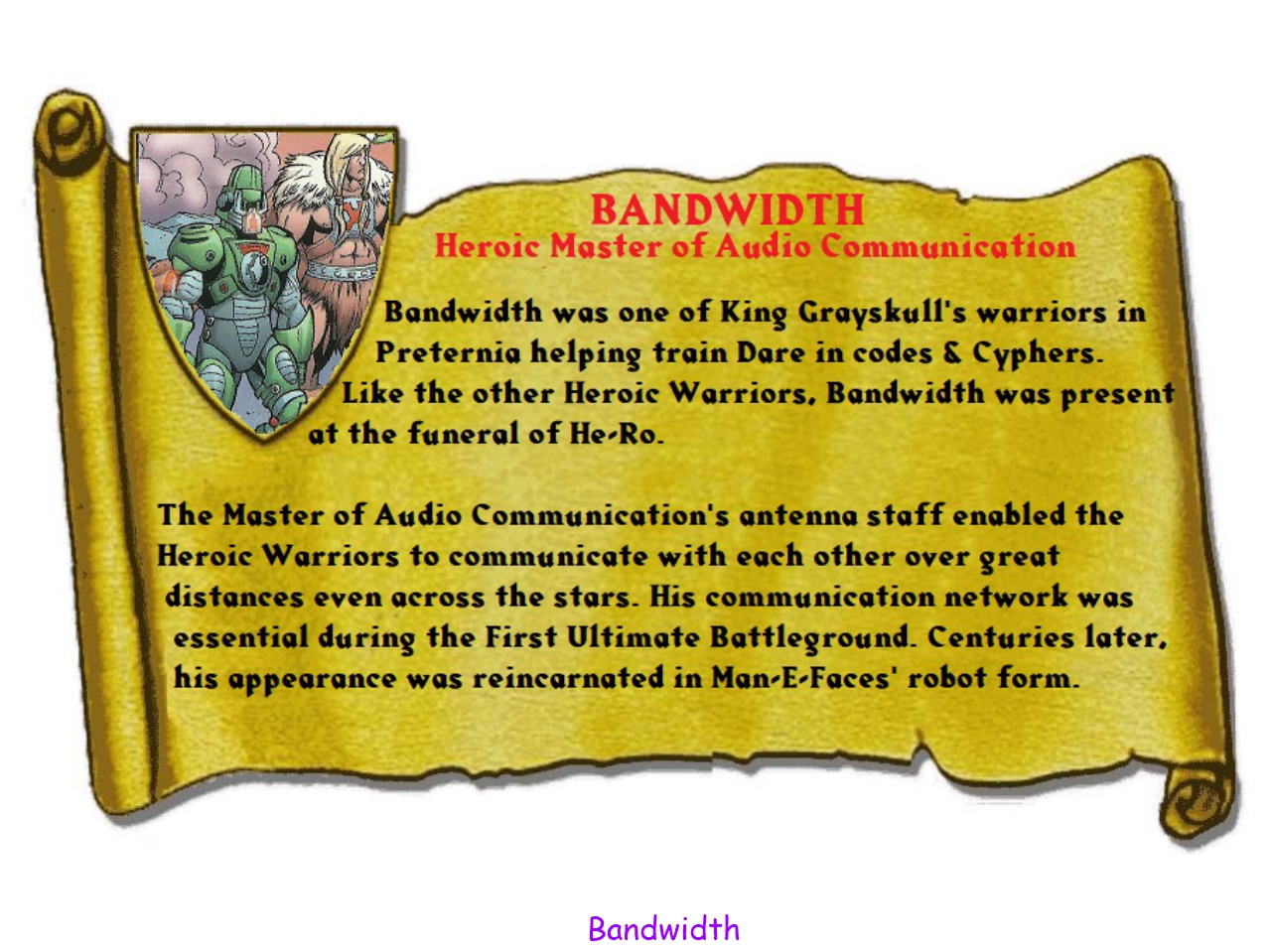 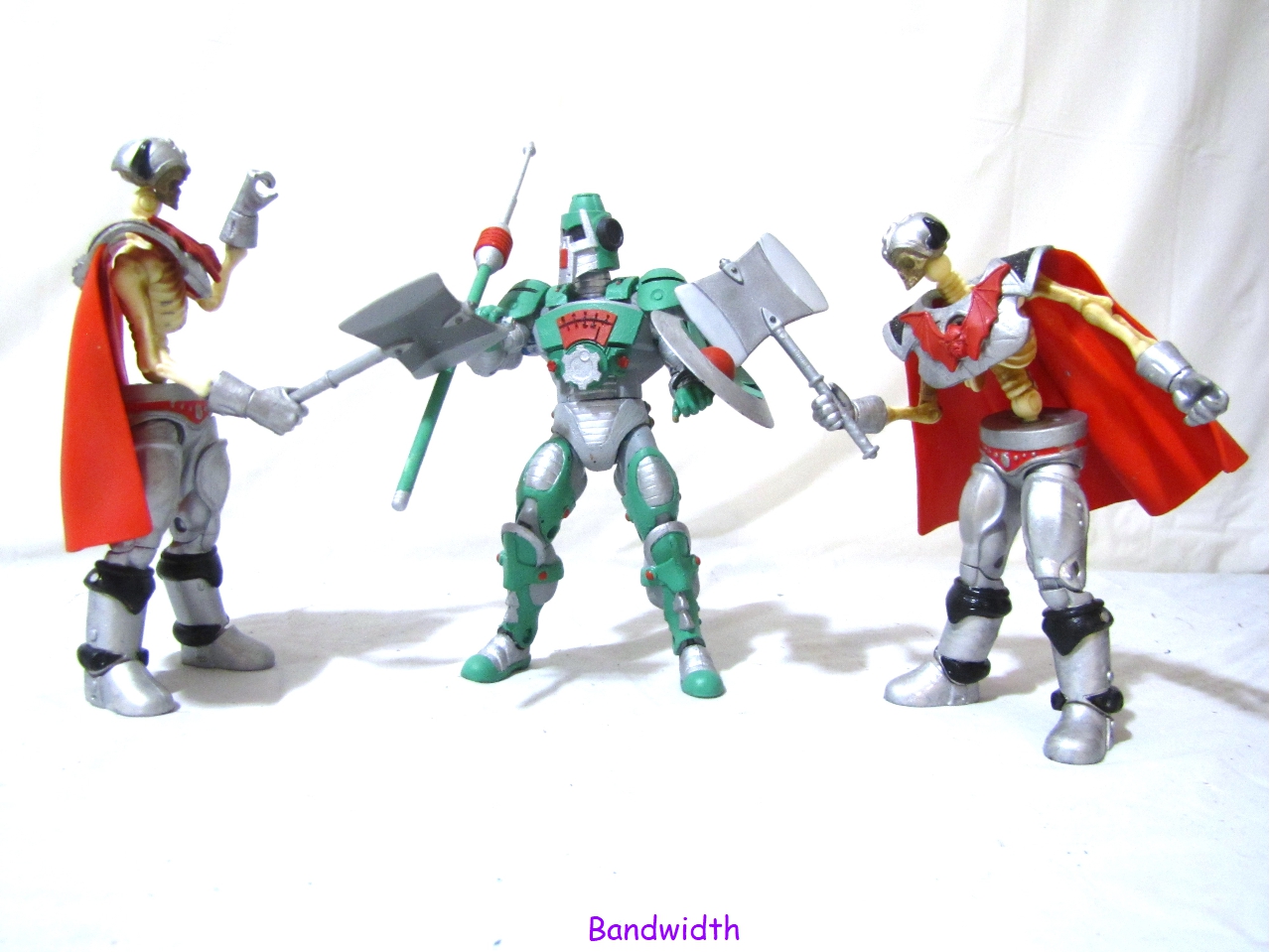 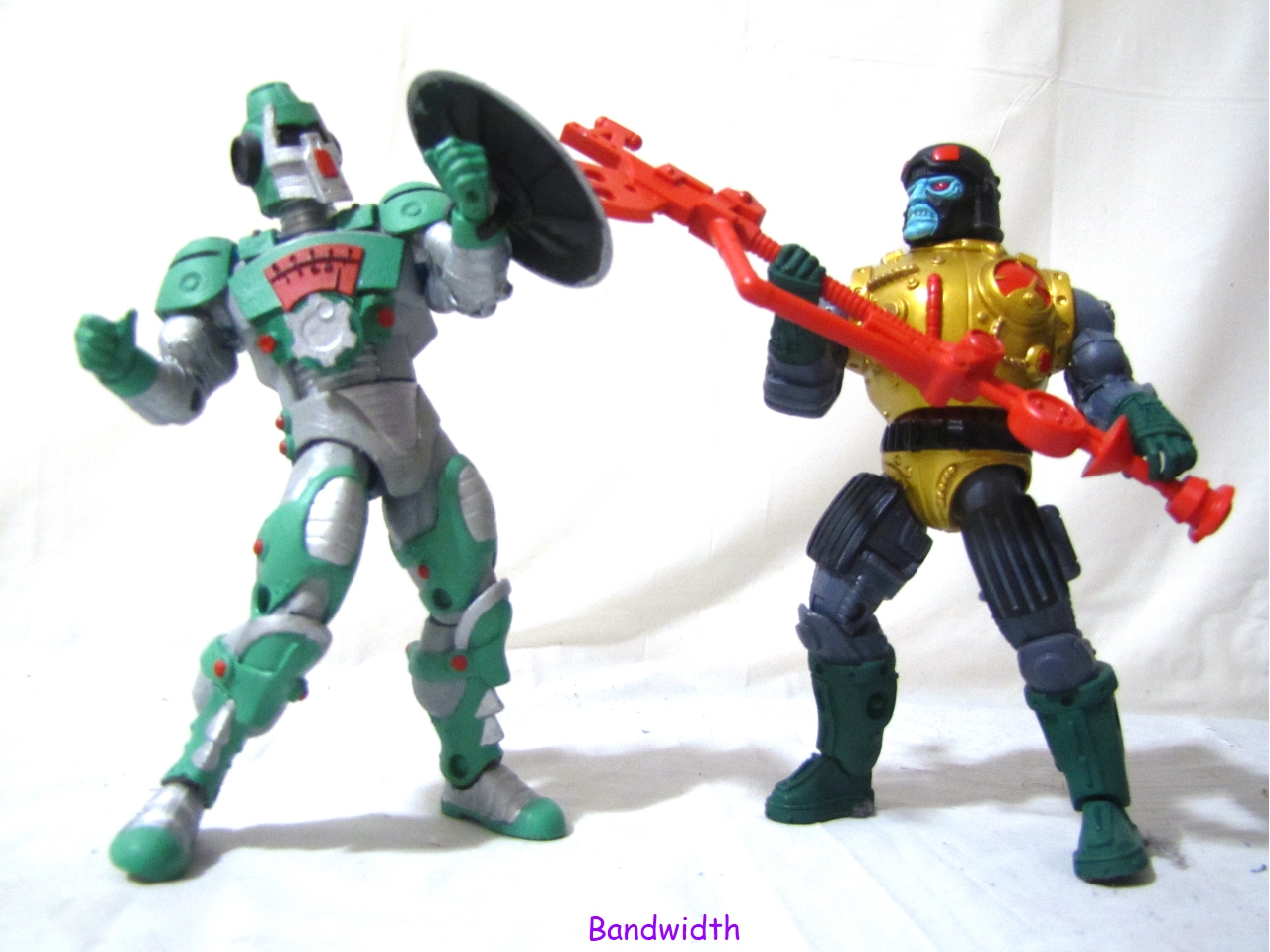 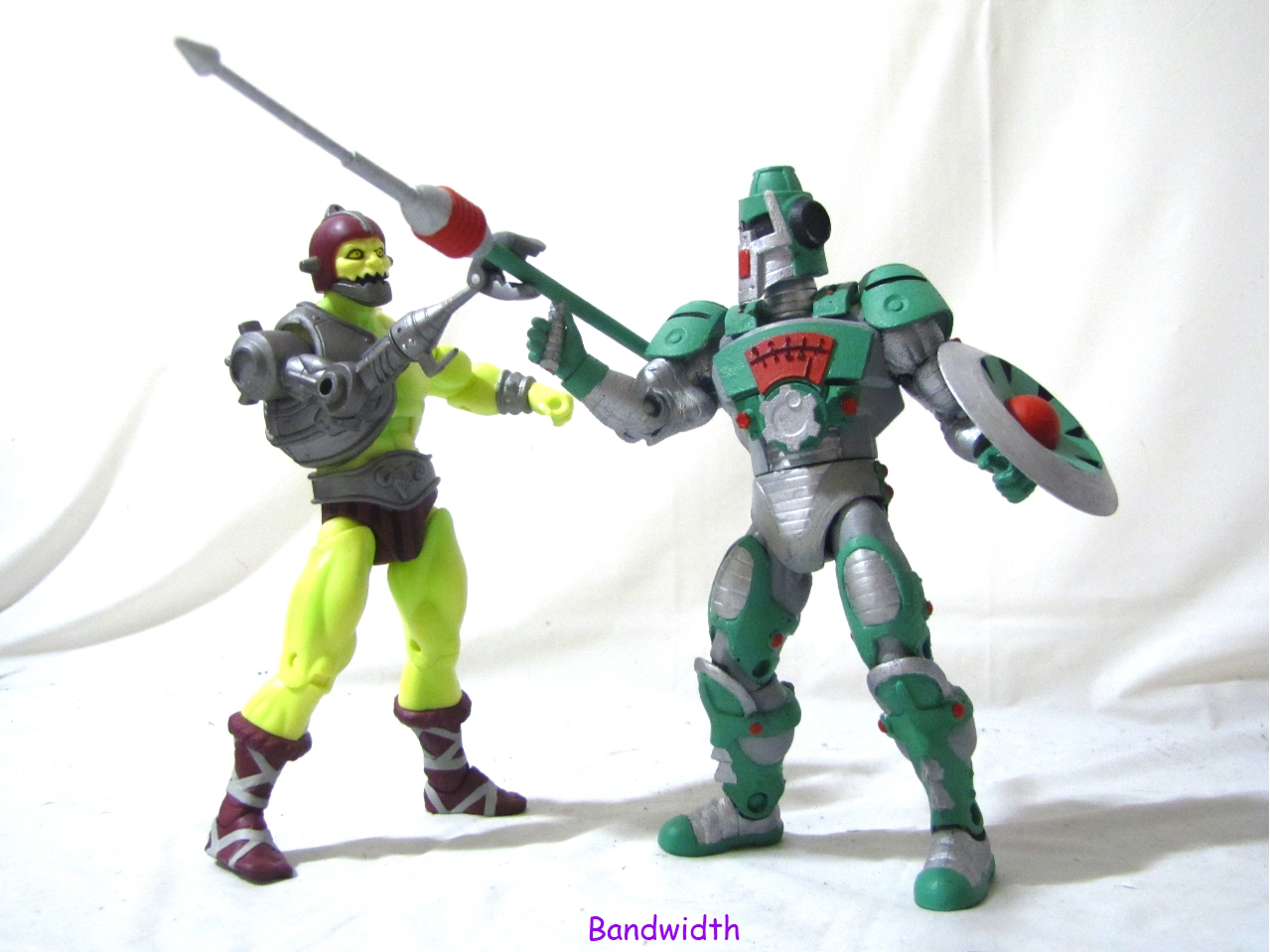 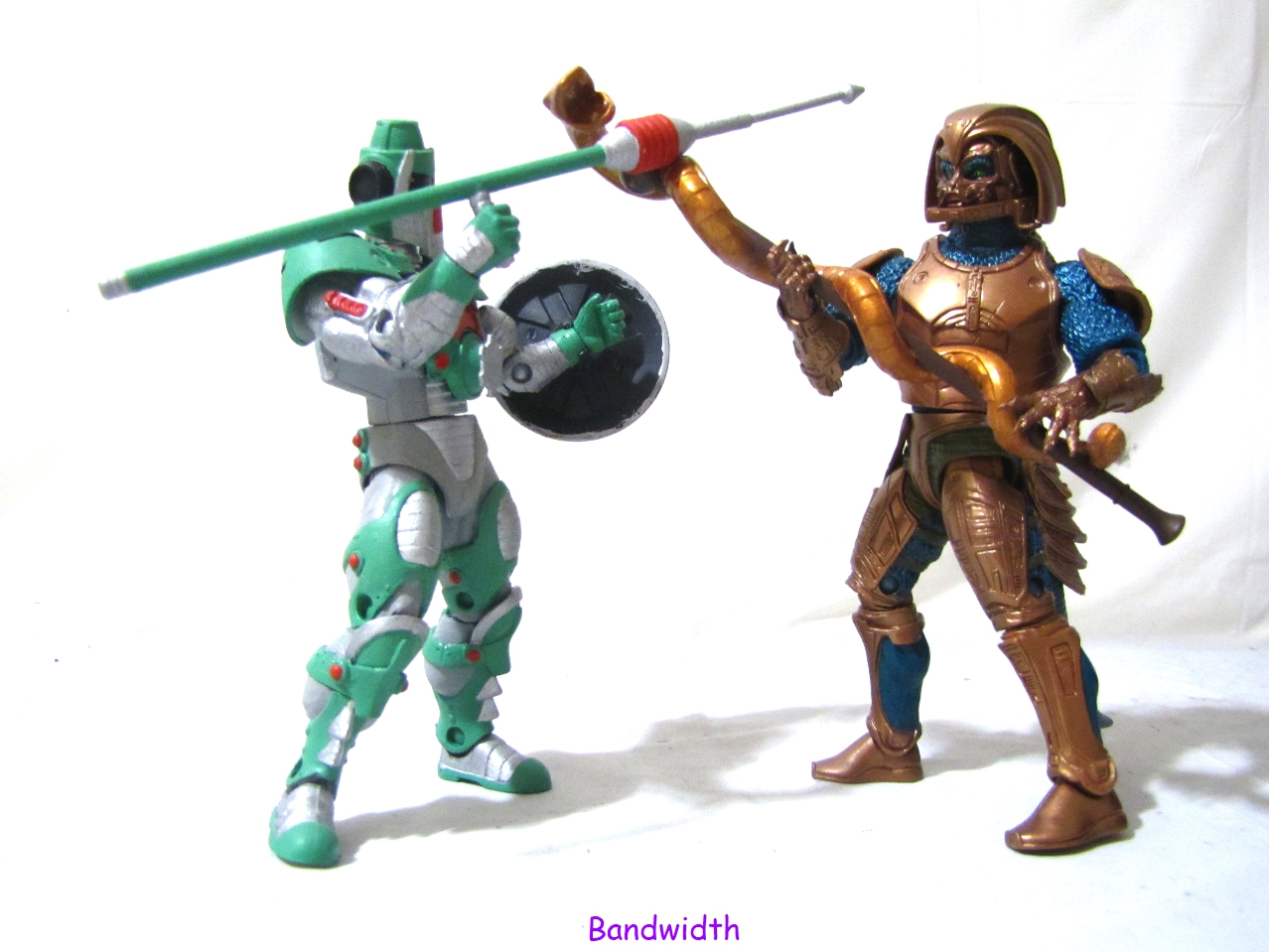 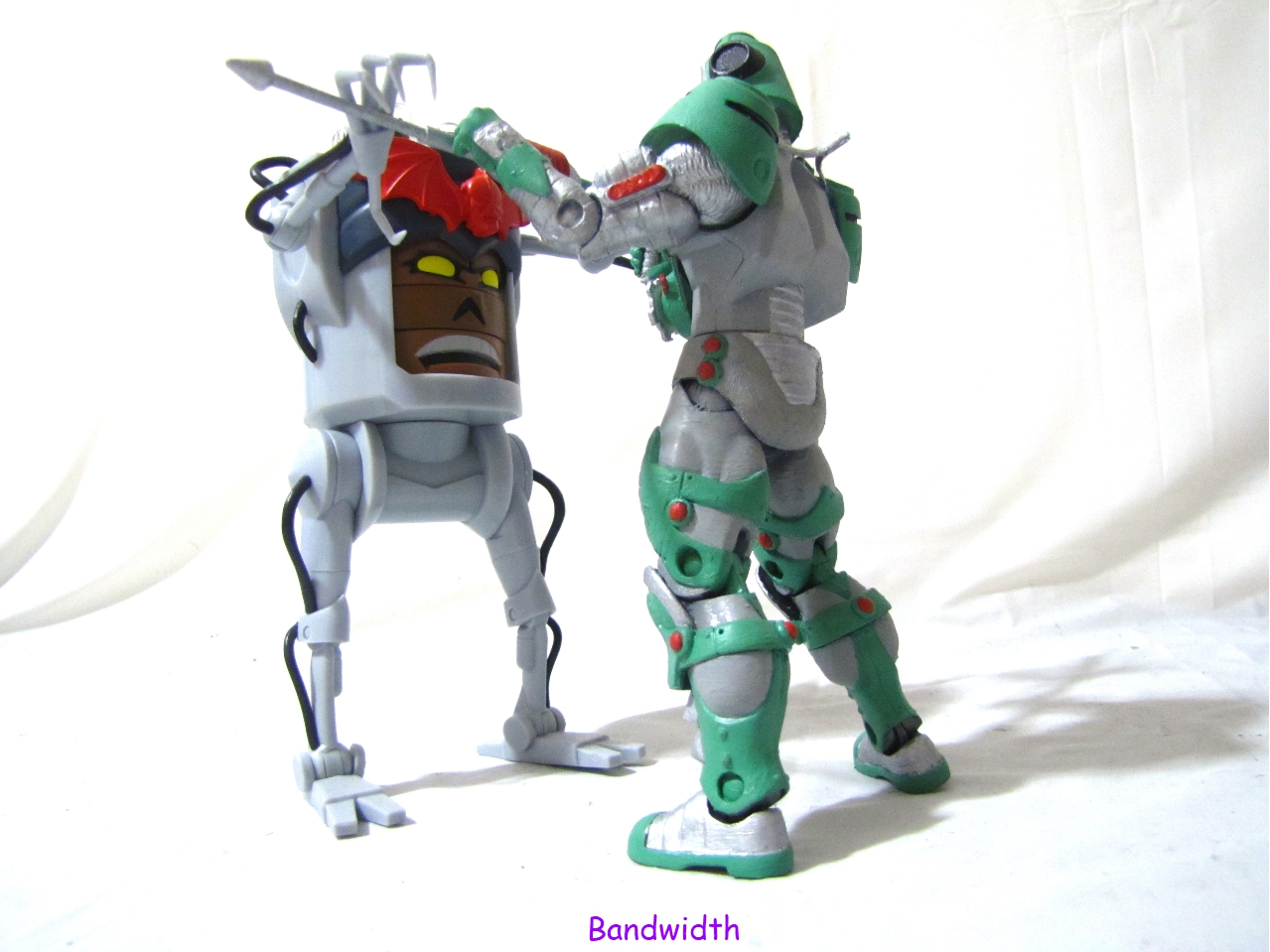 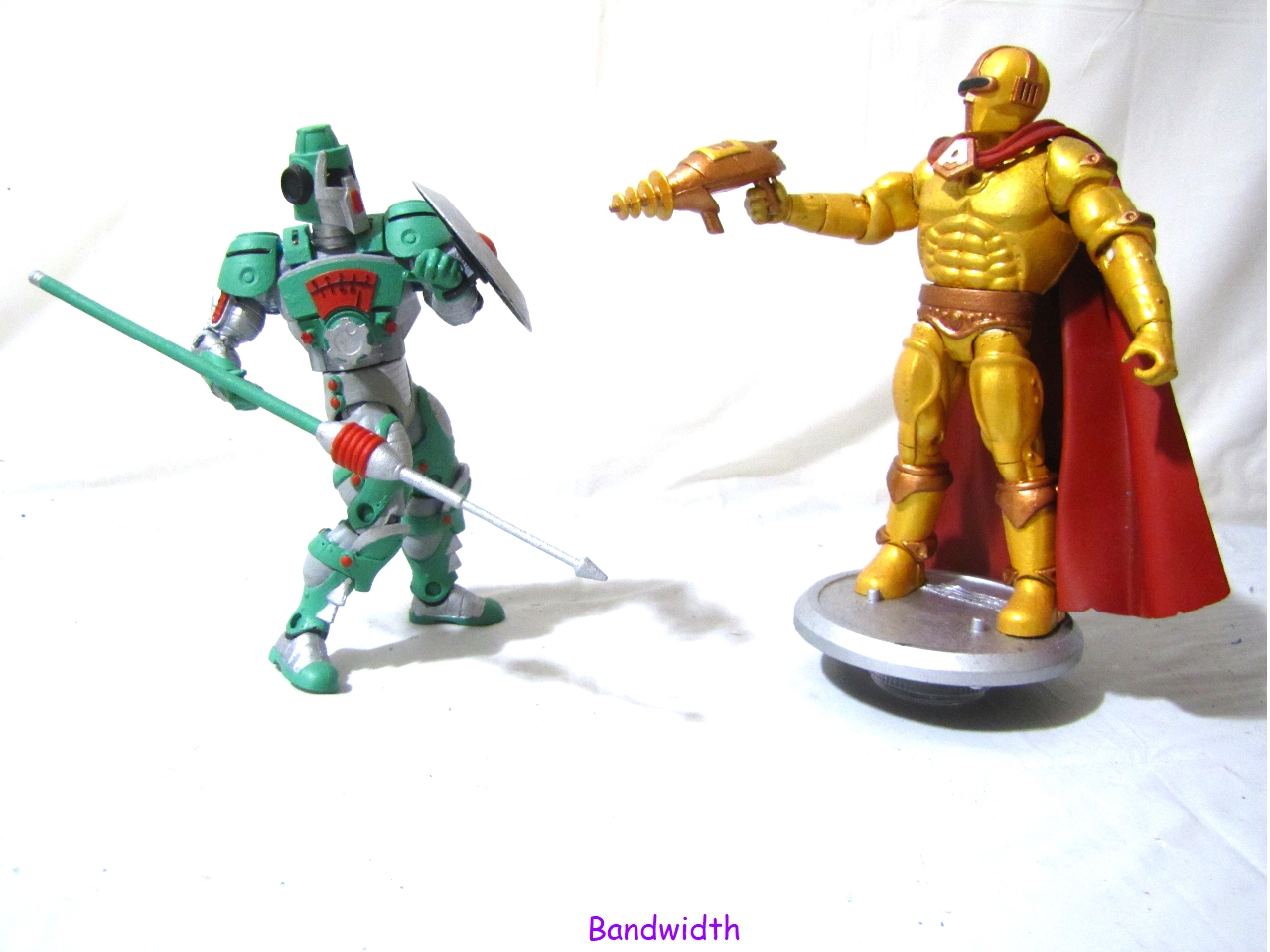 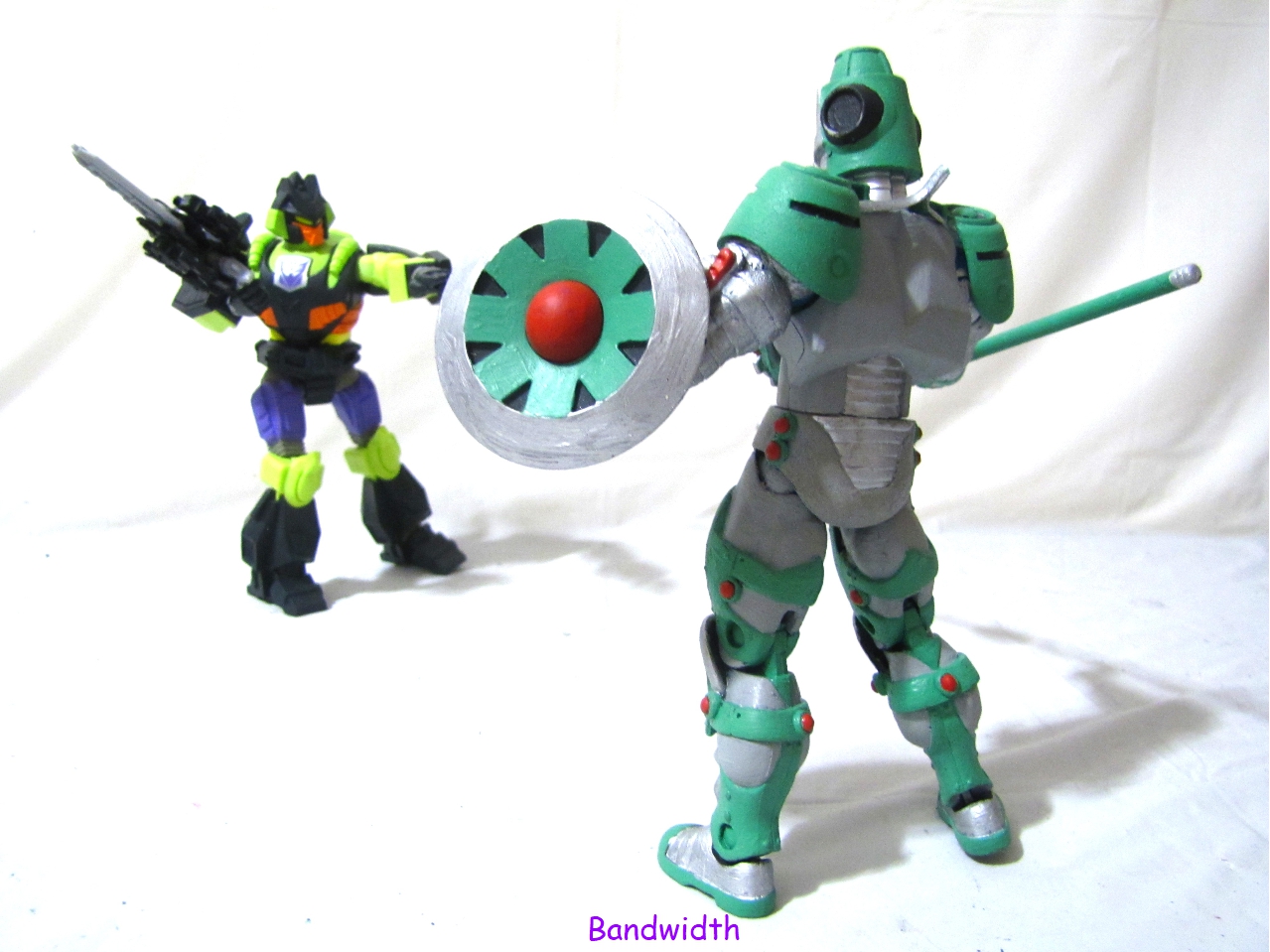 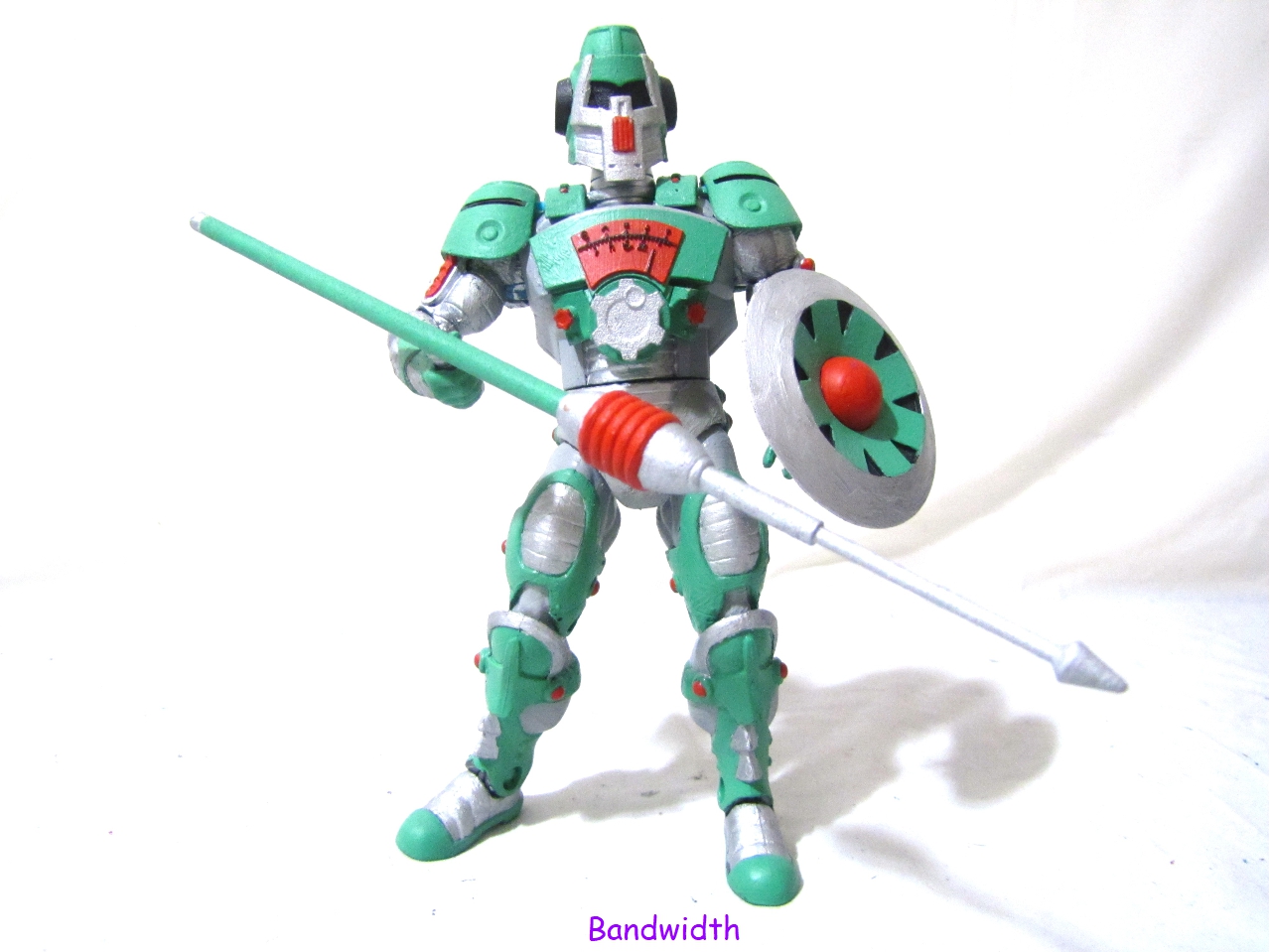 Bandwidth was one of King Grayskull's warriors in Preternia helping train Dare in codes & Cyphers. Like the other Heroic Warriors, Bandwidth was present at the funeral of He-Ro.

The Master of Audio Communication's antenna staff enabled the Heroic Warriors to communicate with each other over great distances even across the stars. His communication network was essential during the First Ultimate Battleground. Centuries later, his appearance was reincarnated in Man-E-Faces' robot form.

Posted by PhantomZodak at 4:59 PM